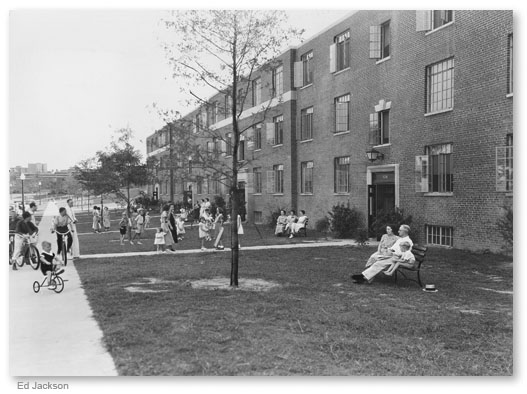 August 15 – 29, 1829: in Cincinnati, Ohio, mobs of 200-300 ethnic whites attacked the black areas of the predominantly Black First Ward, wanting to push blacks out of the city. Many of the whites were Irish men

Some blacks moved away, but others organized to defend themselves. The town officials did little to defend the blacks until 24 August. On that day the Mayor, Jacob Burnet, dismissed charges against ten blacks who had been arrested; he imposed fines on eight whites.

By the end of August, 1100 to 1500 blacks had left the city: some as refugees from the violence, seeking shelter anywhere in the area. Another group, which had already been considering emigration, organized to relocate to Canada. [Black Past article] (Cincinnati, see April 11, 1836)

In 1830:  Nat Turner was moved to the home of Joseph Travis, the new husband of Thomas Moore’s widow. His official owner was Putnum Moore, still a young child. Turner described Travis as a kind master, against whom he had no complaints. (see NT for an expanded chronology)

In 1830: after Peter Blow’s failure to farm in Alabama, he moved to Missouri with his slaves (including Dred Scott). (see DS for expanded chronology; next BH, see Jan 1)

August 15, 1908: at nightfall white rioters regrouped in downtown Springfield, IL. The new mob marched west to the state arsenal, hoping to get at several hundred blacks who had taken refuge there, but they were driven off by state troops who charged the crowd with bayonets fixed to their rifles. The crowd then marched to a predominantly white, middle-class neighborhood and seized and hung an elderly wealthy black resident. After this second killing, enough troops arrived in the capital to prevent further mass attacks. Nonetheless, what the press called “guerilla-style” hit-and-run attacks against black residents continued through August and into September.  (next BH, see Dec 26: next RR, see May 28, 1917; next Lynching, see February 12, 1905; for for expanded chronology, see American Lynching 2)

August 15, 1962: the Shady Grove Baptist Church, in Leesburg, GA 10 miles from Albany, GA, and served as the center for a voter registration campaign was bombed and destroyed by fire before dawn. Later that day the City Commission rebuffed a delegation’s demands for desegregation of Albany’s public facilities. (see Albany for expanded story)

August 15, 1989: F. W. de Klerk is sworn in as acting president of South Africa, replacing Mr. Botha. Saying the country is about to enter an era of change, Mr. de Klerk reaffirmed an earlier promise to phase out white rule. (see Oct 15)

…let them eat grass or their own dung

August 15, 1862: when two other bands of the Dakota, the southern Mdewakanton and the Wahpekute, turned to the Lower Sioux Agency for supplies, they were rejected. Indian Agent (and Minnesota State Senator) Thomas Galbraith managed the area and would not distribute food without payment.

At a meeting of the Dakota, the U.S. government, and local traders, the Dakota representatives asked the representative of the government traders, Andrew Jackson Myrick, to sell them food on credit. His response was said to be, “So far as I am concerned, if they are hungry let them eat grass or their own dung.”  [US-Dakota War dot org article] (see August 18, 1862)

August 15, 1876: US law removed Indians from Black Hills after gold was found. Sioux leaders Crazy Horse and Sitting Bull led their warriors to protect their lands from invasion by prospectors following the discovery of gold. This led to the Great Sioux Campaign staged from Fort Laramie.

Gold was discovered in Deadwood in the Dakota territory by Quebec brothers Fred and Moses Manuel. The mine was incorporated in California on Nov 5, 1877, as the Homestake Mining Company. [Wikipedia article] (see February 28, 1877)

August 15, 1930: Lambeth Conference (a decennial assembly of Anglican bishops), one of the Resolution 15 approved of limited contraception. It read: Where there is clearly felt moral obligation to limit or avoid parenthood, the method must be decided on Christian principles. The primary and obvious method is complete abstinence from intercourse (as far as may be necessary) in a life of discipline and self-control lived in the power of the Holy Spirit. Nevertheless in those cases where there is such a clearly felt moral obligation to limit or avoid parenthood, and where there is a morally sound reason for avoiding complete abstinence, the Conference agrees that other methods may be used, provided that this is done in the light of the same Christian principles. The Conference records its strong condemnation of the use of any methods of conception control from motives of selfishness, luxury, or mere convenience. [Lambeth conference site] (see December 31, 1930)

August 15, 1936: Techwood Homes opened. It was the first public housing project in the United States. Located in Atlanta, Georgia, it replaced a shantytown known as Tanyard Bottom or Tech Flats. The apartments included bathtubs and electric ranges in each unit, 189 of which had garages. Central laundry facilities, a kindergarten and a library were also provided. (see September 1, 1937)

By 1996, homeownership totaled 66.3 million American households, the largest number ever. Except for a few historic buildings, Techwood Homes was demolished in 1996 before the 1996 Summer Olympics.

By the year 2000, America’s homeownership rate reaches a new record-high of 67.7 percent in the third quarter of 2000. A total of 71.6 million American families own their homes – more than at any time in American history. [Living New Deal article] (see July 19, 2013) 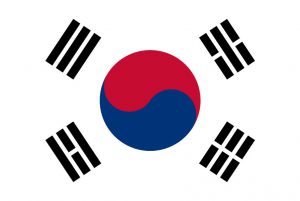 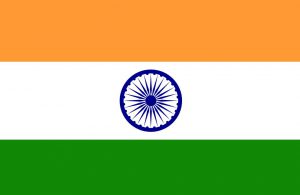 Republic of the Congo 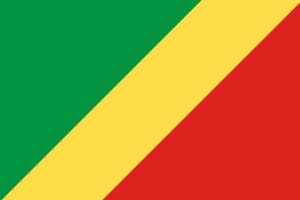 August 15, 1960: Republic of the Congo independent from France. (see ID for list of 1960s Independence Days) 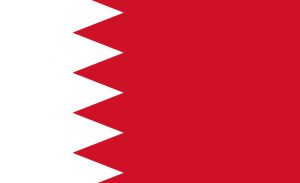 August 15, 1965:  at 8 pm EST The Beatles took the stage at Shea Stadium in New York City, marking the very first time a rock band would headline a stadium concert and a major victory for promoter Sid Bernstein, who had arranged the gig after his gamble of booking the then-unknown group at Carnegie Hall had paid off. Tickets for the show, sold merely by word of mouth created by kids who asked Bernstein about the next Beatles show while he strolled in Central Park, sold out in just three weeks, beating the stadium’s old seating record with 56,000 seats sold.

August 15, 1969: despite the constant rumor at the Woodstock festival site that Dylan would appear there, Dylan and his family boarded the Queen Elizabeth 2 for the United Kingdom and to perform at the Isle of Wight. His son, Jesse, hit his head on a doorknob and the family left the ship. Jesse was OK and the family flew to England instead.

In 1967, the band Quill formed in Boston and performed mainly throughout the mid-east. (see in April)

August 15: day one of the Woodstock Music and Art Fair, Bethel, NY.

August 15, 1996: Bob Dole nominated for President and Jack Kemp for Vice President, at the Republican National Convention in San Diego. 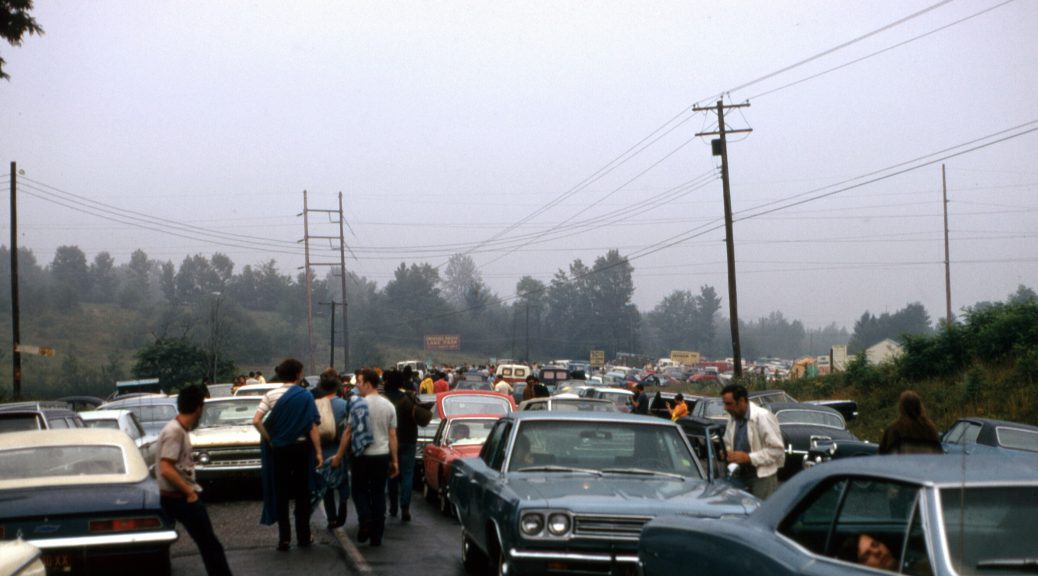 A little more time would have been nice

Whether Woodstock Ventures was ready or not, the first day arrived. As I’ve indicated, there were thousands of people already on the field by Wednesday and the organizers realized that without booths that selling or collecting tickets was unlikely.

They would dance with who brung them.

Rolling Stone magazine had this to say afterwards: “Chicago was only the labor pains. With a joyous three-day shriek, the inheritors of the earth came to life in an alfalfa field outside the village of Bethel, New York. Slapping the spark of life into the newborn was American rock and roll music provided by the Woodstock Music and Art Fair.”

The following is a listing of who played that first day, what they played, and how long they played. Keep in mind that while the organizers were well-organized (despite the myths), keeping track of times and players was not high on anyone’s list (insert joke here). The following seems to be accurate, but not definitive.

Swami Satchidananda addressed the audience and spoke about peace (6 PM).

Sweetwater started at 6.30 pm;  they were on stage about an hour.

Tim Hardin started at 9 pm; played for a bit over an hour.

Melanie played instead of Incredible String Band. She started at 11 pm; played for approx 20 minutes.

Joan Baez started at 1 am; played for approx 60 minutes.