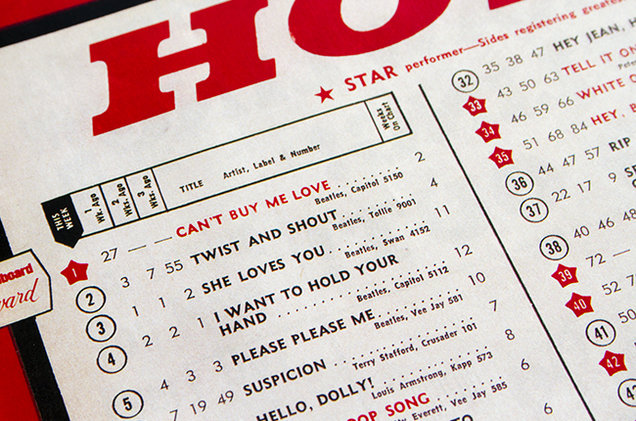 January 3, 1964: Jack Paar, host of the late night U.S. TV talk show, “The Jack Paar Show,” airs a filmed Beatles’ performance of “She Loves You” from England.  It is the first complete Beatles song shown on American TV, and for many in America, the first time they see the Beatles.

January 10, 1964, The Beatles before their US appearance: although it had originally been scheduled for 22 July 1963, the US label Vee-Jay finally released the Introducing The Beatles LP on this day. Legal and business issues plagued the album, but by late fall, it would sell more than 1.3 million copies.

January 13, 1964: Bob Dylan released his third album, The Times They Are a-Changin’

January 15, 1964: the Los Angeles Whiskey a Go Go opened. The club’s opening night featured Johnny Rivers as the headlining act. The club quickly became famous for its music (rock ‘n’ roll), dancing (the patrons on the floor and the go-go dancers inside elevated glass cages) and the Hollywood celebrities it attracted. The Whisky played an important role in many musical careers, especially for bands based in Southern California. The Byrds, Alice Cooper, Buffalo Springfield, Smokestack Lightning, and Love were regulars, and The Doors were the house band for a while – until the debut of the “Oedipal section” of “The End” got them fired.

February 8, 1964: Max Firetag, the music publisher of the song “Louie Louie” offered $1,000.00 to anyone who could find anything ‘suggestive’ in the lyrics to the song.

February 9, 1964: The Beatles had their first appearance on Ed Sullivan Show. That afternoon The Beatles recorded Twist And Shout, Please Please Me, and I Want To Hold Your Hand, in front of a different audience to the one that saw their live debut that evening. This set was broadcast on 23 February as the group’s third Ed Sullivan appearance, after they had left the US.

The Beatles performed “All My Loving”; “Till There Was You”, which featured the names of the group members superimposed on closeup shots, including the famous “Sorry girls, he’s married” caption on John Lennon; and “She Loves You”. The act that followed Beatles in the broadcast was pre-recorded, rather than having someone perform live on stage amidst the pandemonium that occurred in the studio after the Beatles performed their first songs. The group returned later in the program to perform “I Saw Her Standing There” and “I Want to Hold Your Hand.” The broadcast drew an estimated 73 million viewers, at the time a record for US television.

February 11, 1964: because of bad weather, the Beatles took a train to Washington, DC, rather than the scheduled plane to play their first US concert, A crowd of 8,092 fans, most of whom were girls, attended. The Beatles took to the stage at 8.31pm, and performed 12 songs: Roll Over Beethoven, From Me To You, I Saw Her Standing There, This Boy, All My Loving, I Wanna Be Your Man, Please Please Me, Till There Was You, She Loves You, I Want To Hold Your Hand, Twist And Shout and Long Tall Sally.

February 28, 1964, despite the arrival of “Beatlemania” Time magazine featured musician Thelonious Sphere Monk on its cover reflecting the continued importance and popularity of jazz in the US.

March 14, 1964: Billboard reports that sales of Beatles records make up 60% of the entire singles market.

June 1, 1964: “Let’s Get Together” by The Kingston Trio released on  on their album Back in Town. While it was not released as a single, this version was the first to bring the song to the attention of the general public. Dino Valenti wrote the song which would later become well known when sung by the Youngbloods in 1967.

June 5, 1964: the Rolling Stones started their first US tour.

June 21, 1964: The First Big Sur Folk Festival (held on the grounds of the Esalen Institute. From the Richard and Mimi Farina site: The festivals were founded by Nancy Carlen, a friend of Richard, Mimi and Joan [Baez], …. The annual event started as folk music seminars, and as they evolved into concerts, they became known as well-managed, small affairs that emphasized quality and atmosphere over publicity and commercial success. Even when big names like CSNY or the Beach Boys appeared, the audiences were limited to a few thousand to preserve an intimate atmosphere and human scale. Although Big Sur is now sometimes remembered as the anti-Woodstock, it was originally the anti-Newport.

June 26, 1964: US release of A Hard Day’s Night album by United Artists Records in both mono and stereo, the fourth Beatles album in the US. The album went to number one on the Billboard album chart, spending 14 weeks there, the longest run of any album that year.

All seven songs from the film were featured along with “I’ll Cry Instead”, which, although written for the film, was cut at the last minute. The American version also included four easy listening-styled instrumental versions of Lennon and McCartney songs arranged by George Martin conducting an orchestra of studio musicians: “I Should Have Known Better,” “And I Love Her,” “Ringo’s Theme,” and “A Hard Day’s Night.”

August 11, 1964: Beatles first film, A Hard Day’s Night, opened in America and was a huge hit.  Shown in 500 theaters across U.S., it earns $1.3 million in the first week.  Some 15,000 prints made for world-wide distribution – historical first in film industry.

August 28, 1964, The Beatles & Bob Dylan: The Beatles played a concert at New York’s Forest Hills Tennis Stadium. After the concert, the group was taken back to their suite at the city’s Hotel Delmonico. Journalist Al Aronowitz has came down from Woodstock, NY with his friend Bob Dylan, and brought him up to The Beatles hotel suite. John Lennon asked Dylan what he’d like to drink, and Dylan said “cheap wine.” The Beatles offer Dylan their drug of choice which was speed. Dylan suggested marijuana, which the band had never tried. Hearing that they had never smoked pot, Dylan was quite surprised and said that he always thought the band sang “I get high” in their song “I Wanna Hold Your Hand.” John corrected him, telling him that the phrase was “I can’t hide.” Dylan lit up a joint and Lennon made Ringo smoke it first. Eventually each member of the band got his own. Paul was interested with the thoughts it produced and asked Mal Evans to follow him around with a notepad and take down everything he said.

September 16, 1964:  Shindig! premiered on ABC. Produced as a replacement for Hootenanny which fizzled out with the British Invasion. Shindig! will become one of a few shows providing a venue for pop music. The opener featured Sam Cooke, the Everly Brothers, the Wellingtons, Jackie and Gayle, Donna Loren, Bobby Sherman and the Righteous Brothers.

October 19, 1964: Simon & Garfunkel release Wednesday Morning, 3 A.M., initially a l flop. After release of their second album, Sounds of Silence in 1966, it hits #30 on the Billboard charts.

October 25, 1964: the Rolling Stones perform on The Ed Sullivan Show for the first time.

October 28 – 29, 1964: filmed over two days at the Santa Monica (Calif.) Civic Auditorium, “The T.A.M.I. Show” (short for  Teenage Awards Music International or Teen Age Music International) featured some of the biggest stars in rock and pop music, including The Rolling Stones, James Brown and the Flames, The Supremes, The Beach Boys and Lesley Gore. It was released in theaters in December 1964. October 31  – November 27, 1964: “Baby Love” by the Supremes #1 on the Billboard Hot 100.

November 23, 1964: The Beatles Story double LP is released by Capitol Records, billed as “a narrative and musical biography of Beatlemania on two long-play records.”  The albums feature interviews, press conferences, and songs by the The Beatles.  It was The Beatles’ fourth release by Capitol Records.