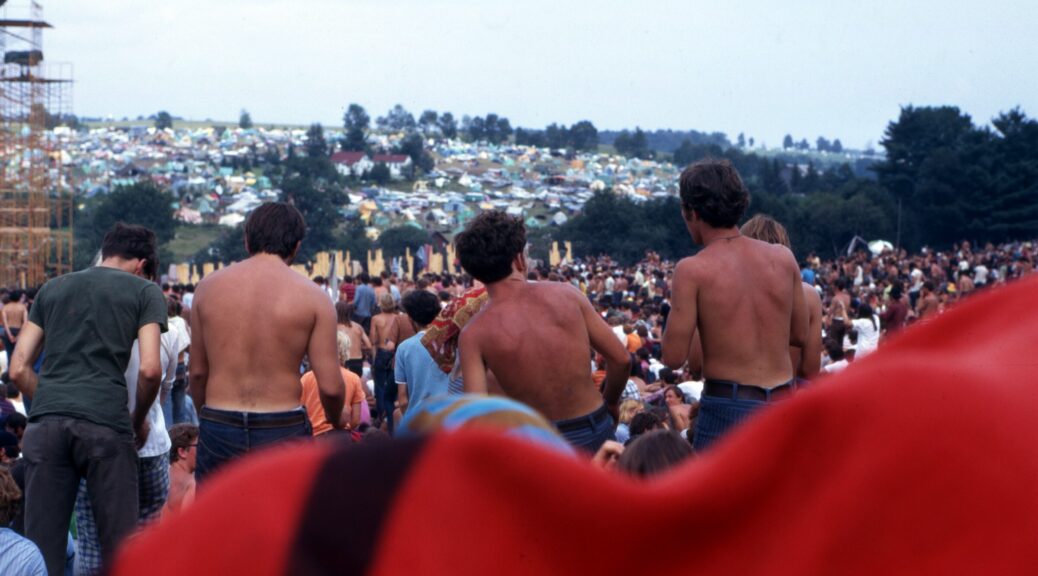 Celebrating the History of Woodstock 1969

By Scott Parker w/ assistance of Jack Lokensky & Johnny Hudson
A podcast devoted to the history of Woodstock 1969, with recollections from the artists and crew of Woodstock, and the members of Woodstock Nation.
Episodes 64 and 65

Woodstock…when you think of Woodstock, you of course think of the iconic images from those three days of peace, love and music. They are indelibly etched into our memories and have remained a part of popular culture. 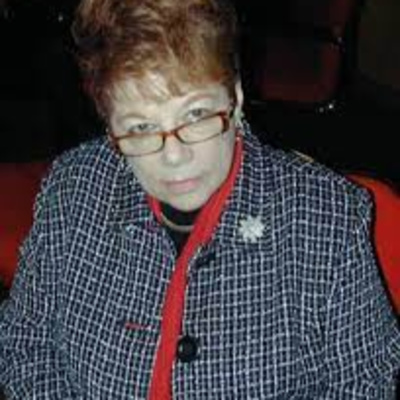 Fancy a PB&J? Well, Woodstock Nation, you know where to go – to the one and only Peanut Butter & Jelly Lady de la Woodstock, LENI BINDER! Leni lived in Sullivan County during Woodstock and worked tirelessly throughout the festival keeping the hungry hordes fed when food was scarce! Just as impressive is Leni’s work to preserve the Woodstock site, along the way ensuring that Woodstock would be something that the residents of Bethel could look back on with pride!

Howdy once again folks! What we have this time is….well, what can we say? This time, we have part two of our two-part conversation with two indisputable legends, JOHN MORRIS (Woodstock Production Coordinator and Emcee) and CHRIS LANGHART (Woodstock Site Manager and principal architect/designer)!! Also joining us is Chris’ brother, NICHOLAS LANGHART, who worked at Woodstock and has some tremendous stories of his own to tell!
This is a long and deep chat that covers so much that all we can do is tell you to buckle up and jump in with us!
Episode 68, February 14, 2022
Episode 69, February 24, 2022 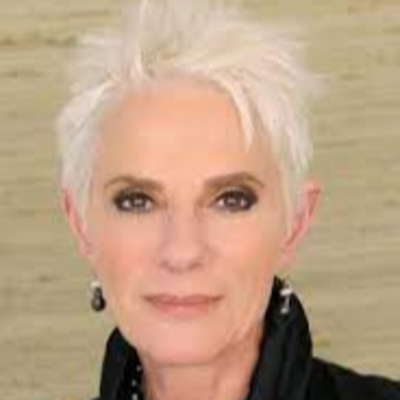 Happy March, everyone! KTDF is back with more Woodstock goodness for you! And what better guest to bring on spring than RONA ELLIOT, wit, raconteur, bon vivant and all-around Woodstock legend! Rona of course has gone on to have an extensive and legendary career as a journalist and writer, and here she shares her experiences at Woodstock and so much more.

A caveat to all of you out there: we did have some technical issues with the audio, it has been cleaned up to the best of our ability to do so, and the results are still mighty enjoyable! Jump into spring with Rona and the KTDF crew! 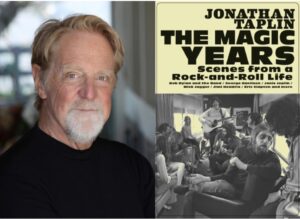 As we see March out the door for another year, we here at KEEP THE DREAM FLOWING LABS INC. have a truly special treat for you! Are you a fan of THE BAND? Of course you are. JONATHAN TAPLIN, our guest for this episode, was the road manager for The Band starting in 1969 and continued his relationship with the group through to THE LAST WALTZ and beyond! Some wonderful conversation is in store for you, folks! What was it like to be there at the 1965 Newport Folk Festival when BOB DYLAN went electric? Find out here! Jonathan’s new book, THE MAGIC YEARS – SCENES FROM A ROCK-AND-ROLL LIFE, takes a deep dive into his years in the rock and roll industry, and is required reading! Go get it!

The Quarry, the Free Stage, and Mick Valenti 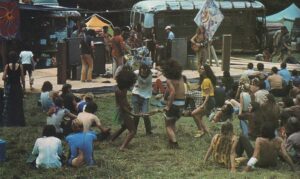 April showers bring…well, another episode of KEEP THE DREAM FLOWING! In this episode, we explore an under-discussed aspect of the Woodstock 1969 story, the Free Stage! The house band for the Free Stage was THE QUARRY, a Massachusetts band making a name for themselves on the circuit in the summer of 1969. In this first of a two-part episode, we chat with MICK VALENTI, the drummer and vocalist for THE QUARRY as well as the later Massachusetts rock ‘n roll phenomenon QUICK FOX! We will hear selections from the various albums by Quick Fox and Nick’s own solo work, and we chat extensively about Mick’s career, including his time at Woodstock! 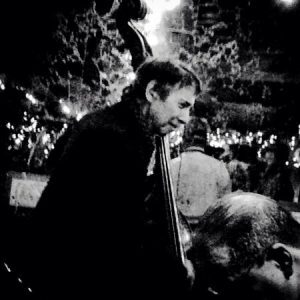 It’s gonna be May! Indeed it is May, and here at KEEP THE DREAM FLOWING, it’s time to kick off this month with another new episode! Our guest this time is BOB ARKIN, jazz bassist extraordinaire and the man who held down the bottom end for ARLO GUTHRIE at Woodstock! Bob has had a lengthy and varied career and takes from point A to point Z and beyond! This is the first part of an exciting two-part episode. There is no doubt that you will love this one!
Episode 75,  May 5, 2022
Episode 76, May 11, 2022

June it indeed is, and what a busy June it is for us here at KEEP THE DREAM FLOWING as we get ready to celebrate the 53rd anniversary of Woodstock! In this extraordinary episode, we have a special treat – none other than a crazy-rare interview with the one and only Woodstock Nun, SISTER SUSANNE BUNN! You know and love Sister Susanne from her brief appearance in the 1970 Woodstock movie, flashing the peace sign that was seen around the world! Sister Susanne’s story is fascinating (Woodstock is just a tiny fragment of it), and we are beyond delighted to share this story with you!! 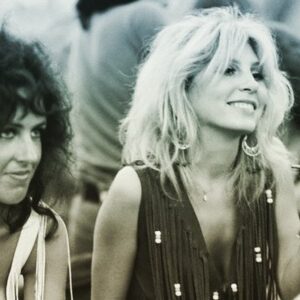 We are firmly in the swing of Woodstock season here at KEEP THE DREAM FLOWING!! And this time we’ve got a doozy for you… We have an interview with the one and only SALLY MANN ROMANO, wit, raconteur, bon vivant and author of the unbelievably wonderful book THE BAND’S WITH ME, available now at all right-thinking retailers! Sally was one of the more notable spectators at Woodstock, as she was married to Jefferson Airplane drummer Spencer Dryden! There are lots of amazing pictures of her sitting on stage with Grace Slick, photos that you have no doubt seen!  Sally had an incredible run in the rock ‘n’ roll world, crossing paths with not only the Jefferson Airplane but Frank Zappa, the Grateful Dead, and many, many others. And she is one hell of an amazing interview! And fret ye not, because this is just part one of a two-part dive! Join us, won’t you? 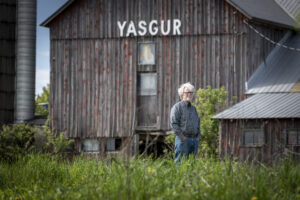 Well well well, what do we have here? A very long overdue interview indeed. For these episodes, we have none other than JIM SHELLEY, The Woodstock Whisperer himself! Jim is obviously one of the greatest authorities on the 1969 Woodstock festival to ever walk this planet and it’s beyond an honor to have him on our show. This one is just pure fun from start to finish! Why were all of Jim’s amazing posts deleted from Facebook? You can find out here!

HAPPY 53rd ANNIVERSARY, EVERYONE!! For this post-anniversary week, we have a good one we’ve been saving for you. GEORGE KLITSCH, Woodstock attendee extraordinaire, gives us his eloquent take on his experiences at the festival, and the enduring significance of Woodstock itself. 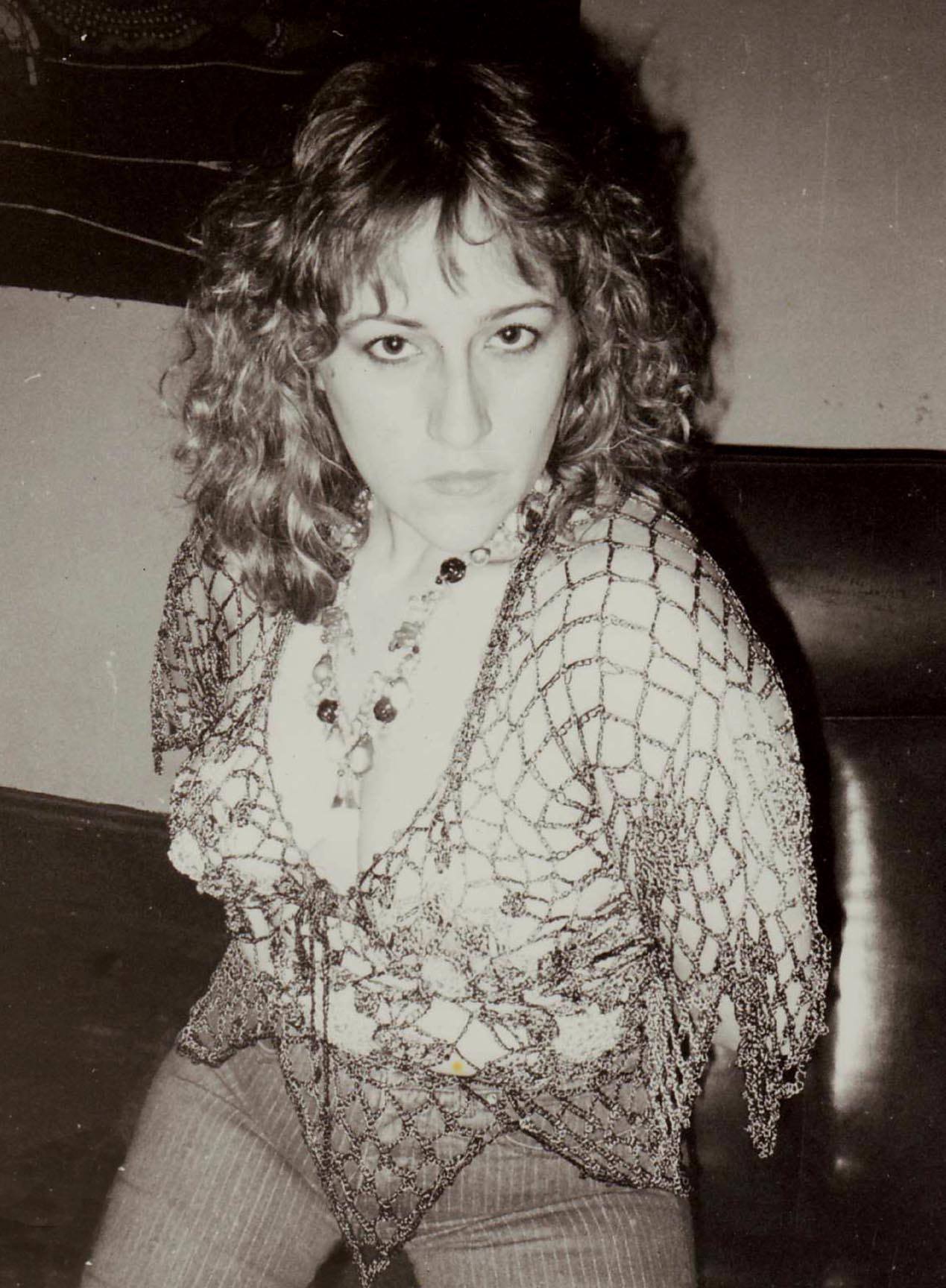 This time around we have a very interesting episode indeed — Johnny and Jack (Scott was absent for this one, much to his chagrin) speak to none other than WENDY DARLING! Wendy was the wife of David Carron, who with his band THE QUARRY, were the house band at the Woodstock Free Stage! Wendy has led a very rich life well above and beyond Woodstock, and you will hear all about it! What can you say about a woman who counted Minnie Riperton as a close friend, who designed clothes for numerous rock stars and even once went on a date with Tom Petty!