Ironically, there are too many Never Forget events to remember.

Sometimes an international event is too meaningful and close to home to not include. Such was the tragedy in Derry, Northern Ireland on January 30, 1972.

The sectarian crisis in Northern Ireland escalated in 1969 when the British government sent troops to Northern Ireland to suppress the Irish Republican Army’s nationalist activity and to quell religious violence between Protestants and Catholics.

The Catholic nationalist community in town of Derry had initially welcomed the troops as a preferable alternative to what they saw as the discrimination of the local Northern Ireland security forces, but continued opposition to policies such as detention of terrorist suspects without trial and the alleged gerrymandering of electoral districts to favor Protestant voters  had inspired a civil rights movement across Northern Ireland. With support for the demands of the civil rights movement so strong among local people, Derry was an obvious choice for a mass demonstration.

The protesters, all Catholics, marched  in spite of the banning of such marches.  British authorities  sent troops to confront the demonstrators when it went ahead.

About ten thousand people gathered. The army set up barricades to prevent the march reaching its intended destination  of Guildhall Square in the heart of the city. Paratroopers moved in to make arrests. During this operation, they opened fire on the crowd, killing thirteen (five of whom were shot in the back), and wounding 13 others. 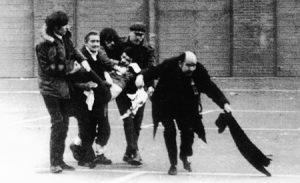 The dead were all male, aged between seventeen and forty-one. Another man, aged fifty-nine, died some months later from injuries sustained on that day. The wounded included a fifteen-year-old boy and a woman. 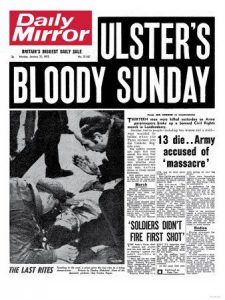 British Army said it had responded after coming under fire. The British government announced it would conduct an official inquiry.

The report of British Lord Chief Justice, Lord Widgery exonerated the army and cast suspicion on many of the victims, suggesting they had been handling bombs and guns.

The families of the victims and others campaigned for a new public inquiry, which was finally granted by then Prime Minister Tony Blair in 1998.

The Bloody Sunday Inquiry took 12 years and finally reported in 2010. It established the innocence of the victims and laid responsibility for what happened on the army. 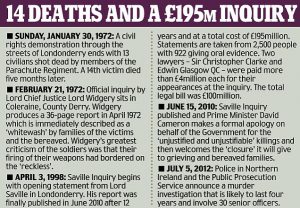 Musicians wrote song after song inspired by the event and its initial cover up.

While it would  be a stretch to describe Paul McCartney as a protest song writer, his and wife Linda’s “Give Ireland Back to the Irish” certainly falls within that genre. They recorded the song only two days after the shootings and released it with their band Wings in late February.  The BBC banned the song. It was the first time that Henry McCullough played with Wings.

John Lennon–partially Irish–had already written and performed “Luck of the Irish” before January 30,  but the song became associated with that Sunday afterwards. 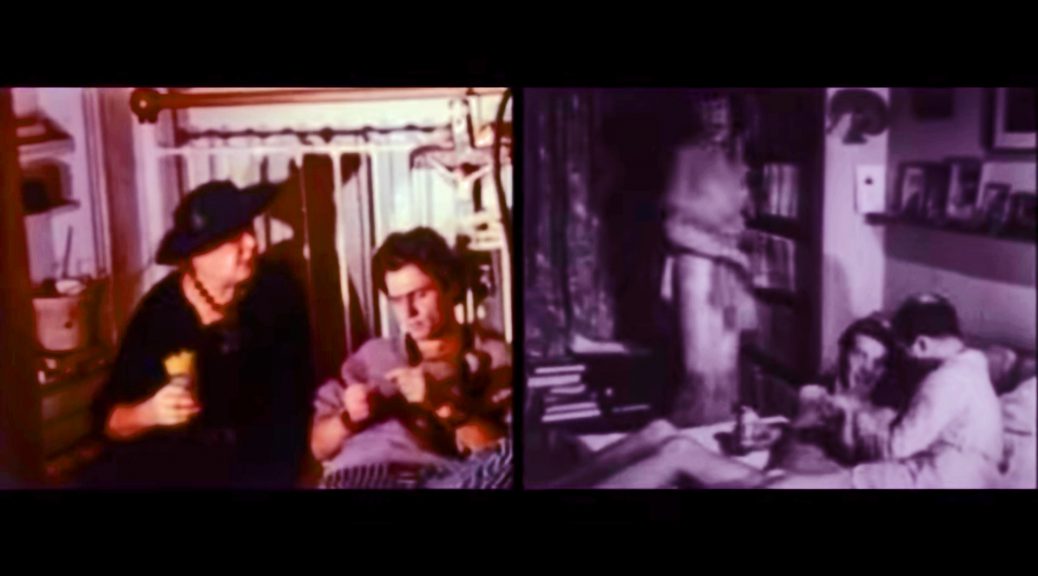 Will You Still Love Me Tomorrow

And did you know that Bertell Dache, a demo singer for the Brill Building songwriters, recorded an answer song entitled “Not just Tomorrow, But Always.”

January 30, 1968: Velvet Underground released White Light/White Heat album.  One of the album’s songs, “Sister Ray,” concerns drug use, violence, homosexuality and transvestism. Reed said of the lyrics: “‘Sister Ray’ was done as a joke—no, not as a joke—but it has eight characters in it and this guy gets killed and nobody does anything. It was built around this story that I wrote about this scene of total debauchery and decay. I like to think of ‘Sister Ray’ as a transvestite smack dealer. The situation is a bunch of drag queens taking some sailors home with them, shooting up on smack and having this orgy when the police appear.“

The recording engineer is famously rumored to have walked out while recording the song. Lou Reed recalled: “The engineer said, ‘I don’t have to listen to this. I’ll put it in Record, and then I’m leaving. When you’re done, come get me.‘”

As if those 17 minutes aren’t enough amazing rock and roll for you, here’s a 37-minute live version for you. More than twice as amazing. Really! 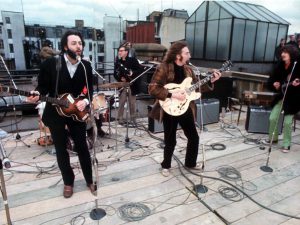 January 30, 1969: The Beatles (w Billy Preston) gave their final live performance atop the Apple building at 3 Savile Row, London, in what became the climax of their Let It Be film.  George Harrison later said, “We went on the roof in order to resolve the live concert idea, because it was much simpler than going anywhere else; also nobody had ever done that, so it would be interesting to see what happened when we started playing up there. It was a nice little social study. We set up a camera in the Apple reception area, behind a window so nobody could see it, and we filmed people coming in. The police and everybody came in saying, ‘You can’t do that! You’ve got to stop.’

It was a cold day, and a bitter wind was blowing on the rooftop by midday. To cope with the weather, John Lennon borrowed Yoko Ono’s fur coat, and Ringo Starr wore his wife Maureen Starkey’s red mac. The 42-minute show was recorded onto two eight-track machines in the basement of Apple, by George Martin, engineer Glyn Johns and tape operator Alan Parsons.

From a Rolling Stone magazine article, Here are little-known facts about the Beatles’ famed 1969 rooftop concert, 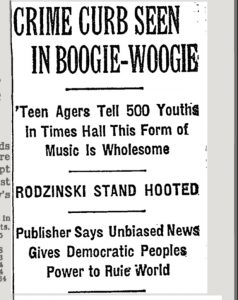 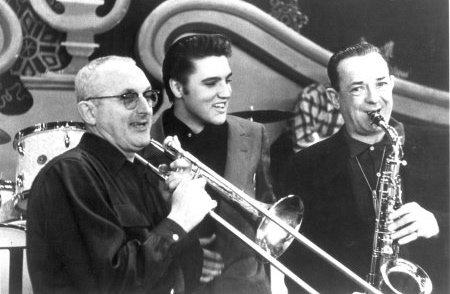 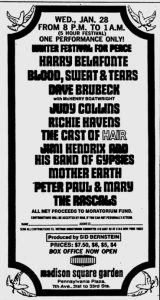