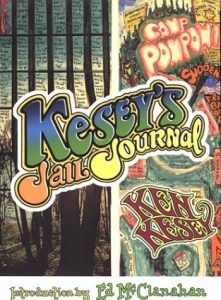 In April 1969: Allan Mann met with Elliot Tiber who offered a barn for a theater from free if Mann would rent a nearby 6-room Victorian for the summer for $800. Paul Johnson, a friend of Mann, agreed to put the down payment of $200 for the house in exchange for a room there for the summer. [keep in mind, this agreement was made before Wallkill evicted the festival.

From  the Woodstock Preservation site: By this time it was April and I was broke and was looking through the Village Voice for a job when I saw Elliot Tiber’s ad for a summer barn theater for free. If I was going to develop a world class theater company on the level of The Open Theater, The Living Theater and The Polish Mime Theater it certainly would be beneficial to get the performers out of the city to a place where we could work intensively together with minimum distractions and form a communal theater company that eventually would be the basis for an entire tribal arts complex.  So I called Elliot to make an appointment to go up to White Lake and got my friend Paul Johnson to drive me and Jane up there.

The agreement would result in the Earthlight Theatre Troupe who would be in the right place at the right time when Wallkill evicted Woodstock Ventures and Ventures relocated to Bethel. (see Apr 1) 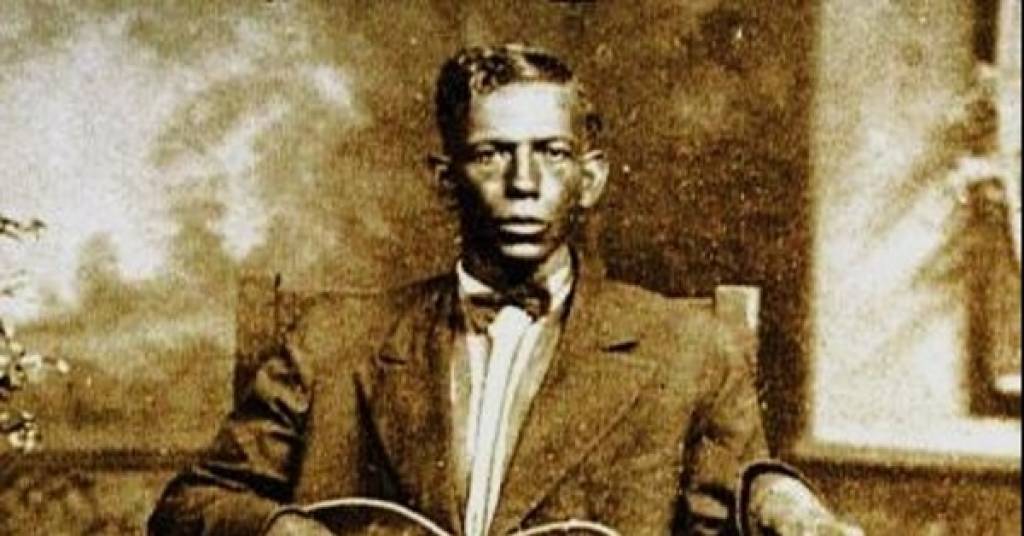 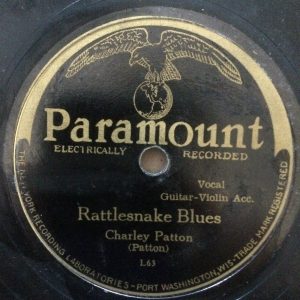 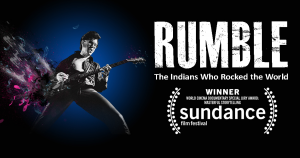 It is a too often an embarrassing  occurrence with me that I “discover” something  important that has sat in front of me for decades.

A recent morning while listening to the radio, the DJ referred to a movie on Amazon called “Rumble: The Indians Who Rocked the World.”  I have Amazon. I watched the movie that day.

Trying to pin down who the originator of this or that musical genre  often leads to a lively discussion.  Who gets credit for American blues? And what were their influences?

Great music is filled with emotion and we humans–filled with emotion–have always had music. How it sounds is influenced by the place we live, the time we are a part of, the instruments around us, and other factors.

We humans also like to keep things simple and as a result we too often pigeon-hole a musician because their fame stemmed from just one aspect of their art.

Charlie (or Charley) Patton was much more than just a blues singer, or more specifically, a Delta Blues singer.

In the movie, John Troutman, American Music Historian, says, “…blues buffs, blues scholars, although they can’t really agree on anything,  if they were forced into a room when they had to identify…the most important singularly important blues guitarist, singer, songwriter, the whole package, the greatest one there ever was in the early 20th century…they’d probably say Charlie Patton.”

At his site, Elijah Wald explains, “Even though his recording career was sparked by the blues craze, only about half of his roughly fifty records can reasonably be considered part of that then-modern genre. The others are a mix of gospel and religious music, ragtime comedy like “Shake It and Break It,” ballads like “Frankie and Albert,” older slide guitar standards like “Bo Weavil” and “Spoonful,” and a couple of unclassifiable pieces that seem to be his reimaginings of Tin Pan Alley pop numbers, “Some of These Days” and “Running Wild.”

While certainly an African-American, it is likely that he had other ancestry, including American Indian. Howlin’ Wolf was a student of Patton’s. Wolf said, “Charlie Patton was an Indian. And he was the baddest motherfucker in the world.

Most agree today, Patton not only had American Indian ancestry, but that Patton’s music reflects that cultural influence.

Keep in mind, that Native Americans sometimes chose to pass as African Americans because they thought that the dominant white American society treated Blacks better than Natives! 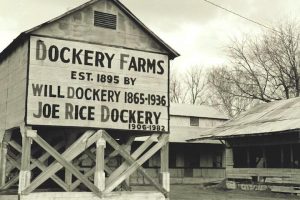 In 1897, Patton’s family moved to the Dockery Plantation  near  Ruleville, Mississippi.  Will Dockery had started the farm in 1895. Because of its location, there was a lack of local labor available and Dockery encouraged all to work and paid a bit better and more reliably.

As a result, a mixture of backgrounds worked his sawmill and fields. Patton was in the middle of this and his musical abilities were steeped in these backgrounds. In his Deep Blues: A Musical Pilgrimage to the Crossroads, the late Robert Palmer described Patton as a “jack-of all-trades bluesman”, who played “deep blues, white hillbilly songs, nineteenth-century ballads, and other varieties of black and white country dance music with equal facility.” 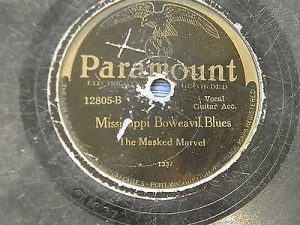 Charlie Patton was only 43 when he died on April 28, 1934, but his influence on the Delta Blues which gave  birth to Chicago electric blues and so on and so forth until we white Baby Boomers thought the Rolling Stones, the Animals, Cream, John Mayall, and others were playing something original but were simply re-interpreting our own music which was the descendant of American Indian, African, and other musics. 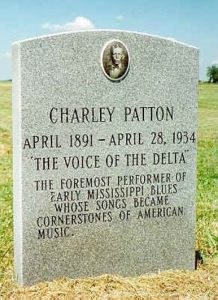 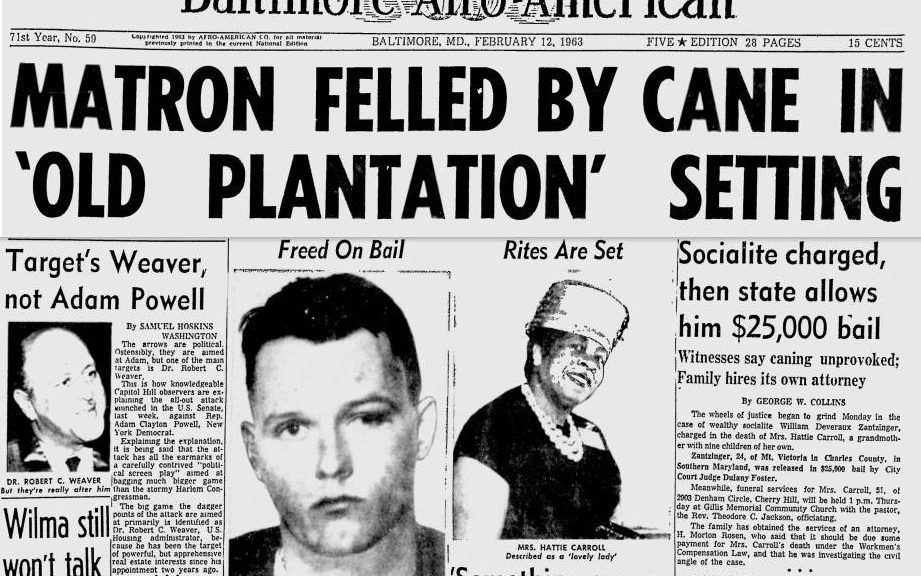 April 24, 1961: Harry Belafonte recorded “Midnight Special”. Bob Dylan played harmonica on the recording. It was Dylan’s first official recording and he received a $50 session fee. (next Dylan, see May 6) 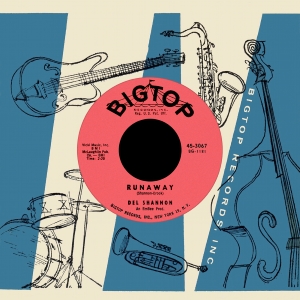 April 24, 1976: Paul and Linda McCartney spent the evening with John Lennon at his New York Dakota apartment and watched Saturday Night Live. Producer of the show Lorne Michaels made an offer on air asking The Beatles to turn up and play three songs live. Lennon and McCartney thought about taking a cab to the studio, but decided they were too tired. The next day was the last time John and Paul met. (next Beatles, see July 27)

April 24, 1991: William “Billy” Zantzinger–made infamous by Bob Dylan’s song, “The Lonesome Death of Hattie Carroll,”  became front page news again. The Maryland Independent ran a story by reporter Kristi Hempel revealing that Zantzinger had been collecting rent for five years from several poor black families even though he no longer owned the houses where they lived. The county had foreclosed on the properties in 1986 because Zantzinger had failed to pay taxes on them. The houses, located in a place called Patuxent Woods, were battered wooden shacks, with no running water or toilets or even outhouses. The tenants had to dump their wastes in the woods, which polluted the water in their shallow hand-pumped wells. Not only had Zantzinger collected rent after losing the properties, he’d actually raised the rent, and he’d even taken some tenants to court for nonpayment. And won. (Guardian article on Zantzinger) (see June 5)