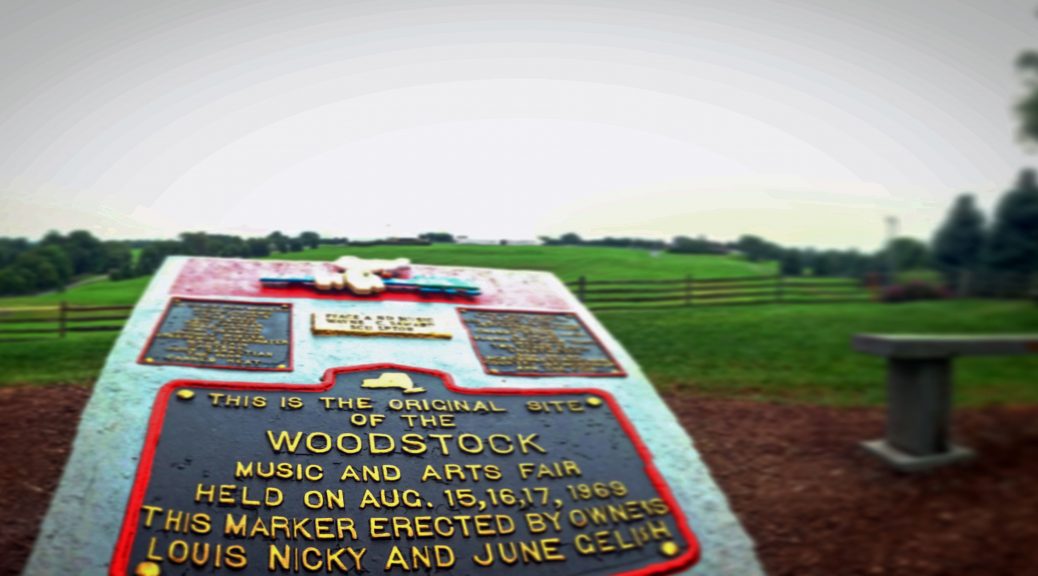 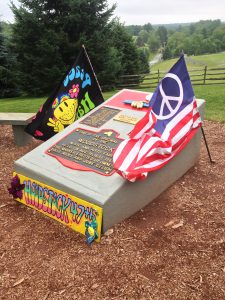 On the southeast corner the Hurd Road/West Shore Road intersection, the corner of the field where the historic 1969 event happened, sits the concrete monument that Wayne Saward designed and built in 1984.

Bethel Woods Center for the Arts does not have the wherewithal to keep track of how many people visit the monument, but I regularly visit it throughout the year and rarely am I the only one. If I am, then I need only wait a few minutes until a Woodstock alum  arrives or, more commonly, someone for whom the Woodstock festival has served as a beacon.

Their reaction is that of immense satisfaction, wonder, and happiness. They have finally “arrived.” 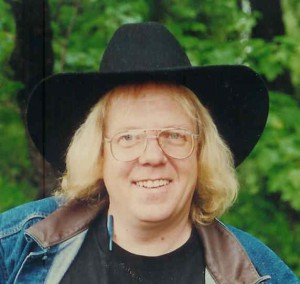 He served in the U.S. Navy and worked as a welder and later as a supervisor for the NYS Thruway Authority on the first Tappan Zee Bridge. His legacy is the Woodstock monument, the 5 1/2-ton cast-iron and concrete monument he designed. 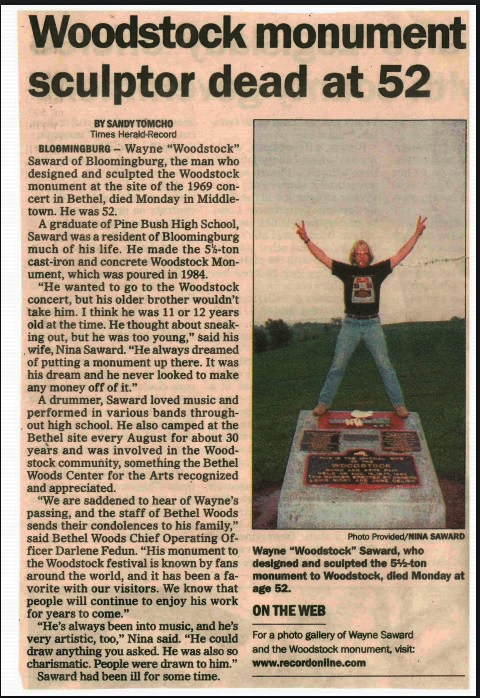 The Times-Herald, an Orange County NY newspaper, published the  “My View” article by Seward on June 12, 2003.

It is important to remember how many residents of Bethel itself and Sullivan County in general, despised Woodstock .  Such people strongly resisted the idea of commemorating Woodstock with a permanent monument. Saward could not simply create it. He had to jump through fiery bureaucratic hoops first.

Spoiler alert: even after he’d succeeded, resistance continued and in November 1987 the monument was attacked. 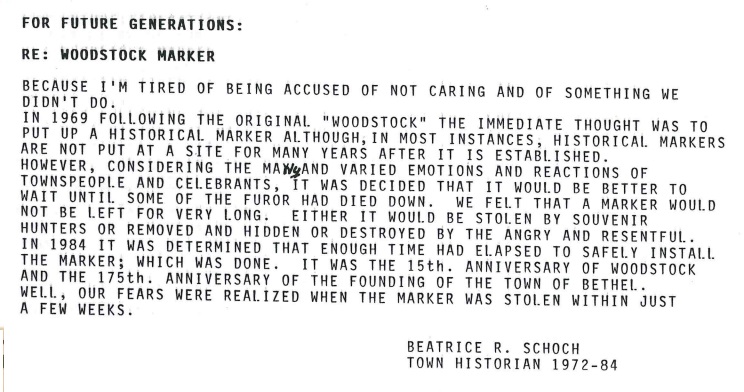 In his own words

In the second week of August, 1969, at the age of 12 years, 7 months old, in Fair Oaks, New York, while I was wallowing on Mallo peanut-butter cups and sipping on Coca Cola, I witnessed what some still say was the worst traffic jam on Route 17 to this day. What I wasn’t sure of was what was causing this major back-up; but, within no time, I was informed by means of The Times Herald-Record and WALL Radio in Middletown. A massive rock festival, billed as an Aquarian Exposition, was taking place in White Lake, a distance of 33 miles away from my house on Fair Oaks Road.

The pictures and stories that appeared in The Record pertaining to the festival were fascinating. Fascinating enough that The Times Herald-Record issued two publications on Saturday, Aug. 16, 1969. It was made clear to me at that point that what was happening was very big and was sure to be historic, to say the least.

Since that time, there have been many rock festivals, but not one festival has ever left the impact that Woodstock did, culturally and universally. There were 400,000 hippies gathered in a sea of mud for three days – without any form, whatsoever, of violence – listening to music and having fun. The basis of Woodstock’s success surely, and by all means, is owed to each and every person who was involved. They, themselves, made it historical.

The nucleus of Woodstock lies on four key individuals: John Roberts, Joel Rosenman, Michael Laing (sic) and Artie Kornfield (sic). They had a dream of creating an event that would define a generation. A generation that had witnessed so many wrongdoings, socially, racially, politically and also stood by to witness their fathers, mothers, brothers, sisters and relatives being killed in a senseless war, Vietnam. It was time to close an era. It was time to move on.

There’s much to be learned about Woodstock. I think that the idea to commemorate it after 25 years is a fantastic idea. What today’s society could reap from it could be bountiful, morally. Its concept could be useful as a teaching instrument for today’s society. There’s only one catch: This concept can happen, and only happen, in one place. That place is its origin, Bethel, N.Y., located at the intersection of Hurd Road and West Shore Road.

The idea of staging Woodstock “94” at any other location seems totally uncanny and plastic. As for any other promoter trying to reproduce Woodstock or reap monetary benefits, (whether charitable or not), is totally taking Woodstock out of its tablet form. In theory, any other persons trying to recreate such an event, (which is not theirs to begin with), are indeed ruining Woodstock.

Woodstock should only take place at its original site and be promoted and produced by its original Rat Pack. Give the Woodstock generation back the nucleus which it rightfully deserves: Roberts, Rosenman, Laing and Kornfield. That’s the way it was and that’s the way it should be, for the summer of ’94.

I close with this. The M.S. Society and June Gelish mean well by trying to carry out their concept of what they think is Woodstock Spirit, but, unfortunately, I can only personally foresee failure in the event which they plan to stage next year. As for Sullivan County officials who put Mr. Roberts out of the picture for next year, I think you made a serious mistake and should welcome back Mr. Roberts and have him stage his own baby. He is willing to work with you, as he has stated in the past. As for myself, it seems as though I don’t exist in your eyes. 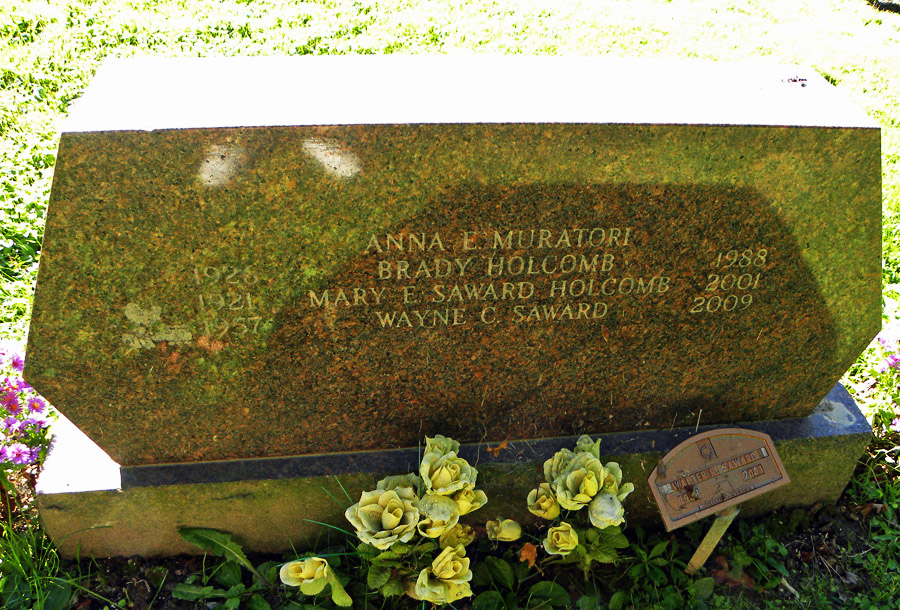 After sharing this post again on Wayne’s birthday in 2019, I received this message from his son:

Thank you for this article! I’m his son, Steven. When i read his words it brought me back to listening to him tell his story of Woodstock like he did for us so many times. He is survived by myself and Eric.

As critical was we can be about the internet in general and social media in particular, it can and does connect us in ways we never could.

In closing, it should be noted that until Bethel Woods Museum arrived and had the resources, time, energy, and personnel (both volunteer and salaried) to do research, specifics about the famed festival often remained cloudy or a lot of Woodstock Haze surrounded them.

And as surprising as it may sound, until the Museum came across more than one hard copy of the performers’ sequence, it was not known for sure. So it should not come as as surprise that some names are missing from the Monument: Keef Hartley, Quill, and Bert Sommer.

And though not a “performer” as such, Sri Swami Satchidananda is missing as well.

We won’t get into Lang, Kornfeld, Roberts, and Rosenman.

I think we can all give passes to Wayne for each of those omissions and misspellings and keep in mind how thankful we should be everyday for his inspiration and actual work in creating Woodstock’s most iconic memorial.