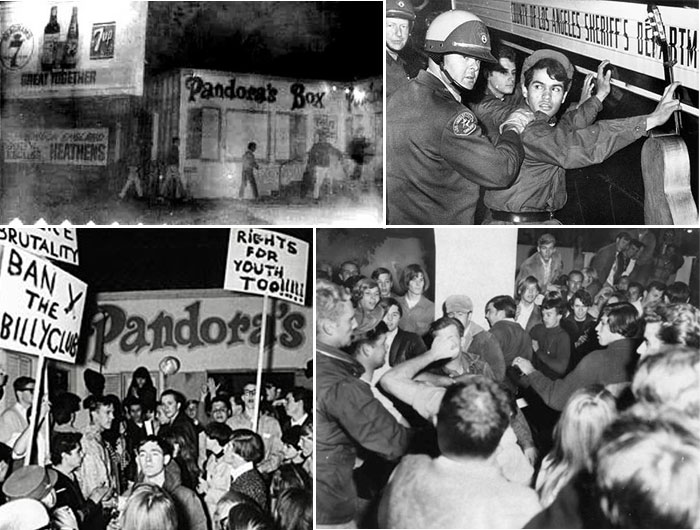 On November 12, 1966, deejay Jimmy O’Neill was host of the popular teen music show Shindig!, He opened a nightclub called Pandora’s Box on the Sunset Strip. This led to massive throngs of teens and traffic on the strip, and Los Angeles city enacted a series of loitering and curfew laws targeting teenagers. Young people gathered at Pandora’s Box to defy the 10pm curfew. The riots kept growing, and the panicked L.A. City Council quickly moved to condemn and demolish Pandora’s Box, which they ultimately did in 1967. The incident inspired a number of songs that came out in 1967:

Richie Haven’s Handsome Johnny (1967) Co-written with actor Lou Gossett, Havens song echoes others that point out the long hard road of American conflicts. “Hey, what’s the use of singing this song, some of you are not even listening.”
from Woodstock:

Saigon Bride (1967) How many men to conquer Mars? How many dead to reach the stars?

Requiem For the Masses (1967)  The Association contributed to the anti-war song catalog.