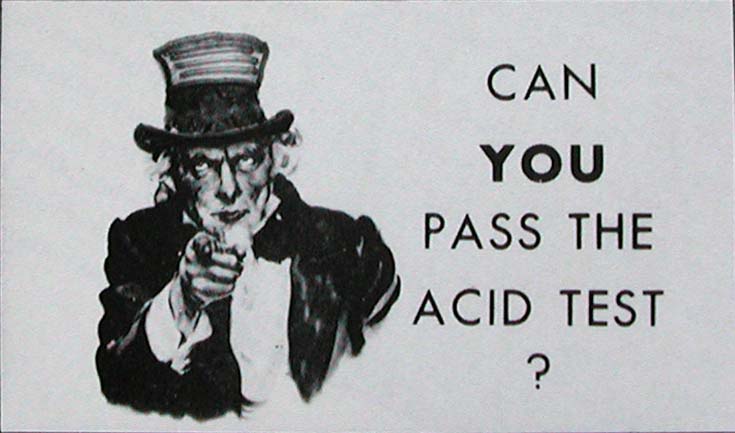 In January: Albert Ayler’s Spiritual Unity album released. “Ayler was among the most primal of the free jazz musicians of the 1960s; critic John Litweiler wrote that ‘never before or since has there been such naked aggression in jazz.’ He possessed a deep blistering tone—achieved by using the stiff plastic Fibrecane no. 4 reeds on his tenor saxophone—and used a broad, pathos-filled vibrato.”

January 8, 1965: in response to ABC-TV’s Shindig!, Hullabaloo premieres on NBC. The first show included performances by The New Christy Minstrels, comedian Woody Allen, actress Joey Heatherton and a segment from London in which Brian Epstein introduced The Zombies and Gerry & the Pacemakers.

March 27, 1965: Bob Dylan released Bringing It All Back Home, his fifth studio album. The album’s cover photographed by Daniel Kramer features Sally Grossman (wife of Dylan’s manager Albert Grossman) lounging in the background. There are also artifacts scattered around the room, including LPs by The Impressions (Keep on Pushing), Robert Johnson (King of the Delta Blues Singers), Ravi Shankar (India’s Master Musician), Lotte Lenya (Sings Berlin Theatre Songs by Kurt Weill) and Eric Von Schmidt (The Folk Blues of Eric Von Schmidt). Dylan had “met” Schmidt “one day in the green pastures of Harvard University” and would later mimic his album cover pose (tipping his hat) for his own Nashville Skyline four years later.

April 12, 1965: The Byrds released their first single, Mr Tambourine Man. It will become the Billboard #1 on June 26. Helped introduce many to Bob Dylan.

May 5, 1965: the Warlocks,’ who would later be known as ‘The Grateful Dead,’ played their first show, at Magoo’s Pizza Parlor in Menlo Park, California.

May 17, 1965: the FBI had launched a formal investigation in 1964 into the supposedly pornographic lyrics of the song “Louie, Louie.” That investigation finally neared its conclusion on this day in 1965, when the FBI Laboratory declared the lyrics of “Louie Louie” to be officially unintelligible.

August 1965: The Lovin’ Spoonful (John Sebastian age 19) released their first single, “Do You Believe in Magic”

August 15, 1965: at 8 pm EST The Beatles took the stage at Shea Stadium in New York City, marking the very first time a rock band would headline a stadium concert and a major victory for promoter Sid Bernstein, who had arranged the gig after his gamble of booking the then-unknown group at Carnegie Hall had paid off. Tickets for the show, sold merely by word of mouth created by kids who asked Bernstein about the next Beatles show while he strolled in Central Park, sold out in just three weeks, beating the stadium’s old seating record with 56,000 seats sold.

Two thousand professionals were pressed into service for security. The concert, filmed for BBC and NBC both, also featured openers Brenda Holloway, The King Curtis Band, and Bernstein’s new obsession, The Young Rascals.

September 13, 1965: Beatles released the Paul McCartney composition ‘Yesterday‘ as a single in the US. The final recording was so different from other works by The Beatles that the band members vetoed the release of the song as a single in the United Kingdom. (However, it was issued as a single there in 1976.)

In October 1965: recorded a single with Curtis Knight, “How Would You Feel” backed with “Welcome Home.”

November 5, 1965:  promoter Bill Graham put on his first show, a benefit for the radical San Francisco Mime Troupe at the Calliope Warehouse in San Francisco. He did it to raise money for a legal defense fund for a member of the troupe who been arrested a few days earlier. The troupe’s offices were in the warehouse and they figured they could hold about 400 – 500 people. The donation to get in was “at least $1.00”. About 4000 people showed up.

For entertainment, Bill hired a band who also rehearsed in the same warehouse. The band was the Jefferson Airplane. They played 3 songs. Also on the bill were The Fugs and Lawrence Ferlinghetti.

November 26, 1965: Arlo Guthrie arrested in Great Barrington, MA for littering on Thanksgiving in the nearby town of Stockbridge. The resulting events and adventure would be immortalized in the song “Alice’s Restaurant.”

November 27, 1965:  Ken Kesey began his Acid Tests, a series of parties held in the San Francisco Bay Area centered entirely around the use of, experimentation with, and advocacy of LSD. It included the first performance by The Grateful Dead, still known as The Warlocks.

November 27, 1965  – January 7, 1966 – Herb Albert’s Whipped Cream and Other Delights the Billboard #1 album. The album cover is considered a classic pop culture icon. It featured model Dolores Erickson wearing chiffon and shaving cream. The picture was taken at a time when Erickson was three months pregnant.

December 6, 1965, The Beatles: release of Rubber Soul in the US. Different and omitted track from the one issued in the UK earlier in December upset the Beatles.

December 13, 1965: it was announced that the Federal Communications Commission gave formal consideration to requests from radio broadcasters seeking exemption from a proposed rule that their FM stations must cease duplicating AM programs by 50 per cent.