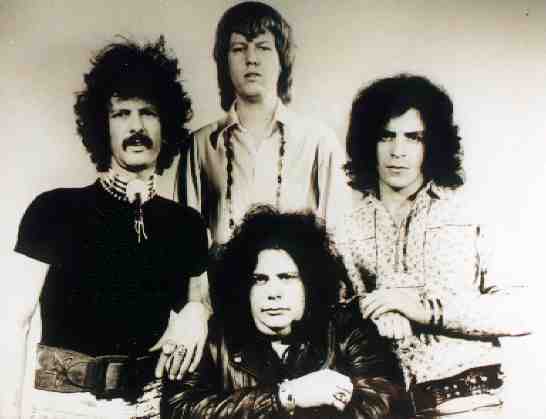 Woodstock from the start

Steve Knight lived a lot of Woodstock. He spent most of his early life living in the Ulster County, NY town with his parents. Then family moved to New York City when he was 15 because his father got a teaching position in Columbia University.

Columbia and the Village

Knight attended Columbia University. And we can add his name to the long list of young people in the early 1960s who were attracted by New York’s burgeoning music scene. According to Wikipedia, “Knight recorded with or was a member of various bands including the Feenjon Group, the Peacemakers, Devil’s Anvil and Wings” (not Paul McCartney’s group).

He played in several bands and along the way met producer Felix Pappalardi who was forming the band Mountain fronted by Leslie West.

With Mountain, Steve played keyboards. And from growing up in the town of Woodstock, Steve obliquely returned by playing with Mountain at the Woodstock Music and Art Fair.

Though successful, the band quit (for the first time) in 1972 and Knight left the band permanently.  Though he never left music, it became secondary to his life.

Knight moved back to Woodstock, NY where in 1999 he won election to the Town Board. Voters re-elected him in 2003. According to the Woodstock Times obituary, “His tenure was characterized by temperance and evenhanded attempts to reconcile the passionate rifts that characterize local politics.”

The article continued, “For a 2002 community play to commemorate the 100th anniversary of the founding of the Byrdcliffe Arts and Crafts community Steve wrote “Valley Finale,” which went on to become the Town’s official song. The words…explain why so many Woodstockers loved Steve as much as he loved them.”

Steve Knight died 19 January 2013 in New York of complications from Parkinson’s disease at the age of 77. [NYT obituary]