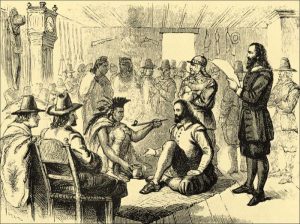 April 1, 1621: at the Plymouth settlement (present-day Massachusetts), the leaders of the Plymouth colonists, acting on behalf of King James I, make a defensive alliance with Massasoit, chief of the Wampanoags. The agreement, in which both parties promised to not “doe hurt” to one another, was the first treaty between a Native American tribe and a group of American colonists. According to the treaty, if a Wampanoag broke the peace, he would be sent to Plymouth for punishment; if a colonist broke the law, he would likewise be sent to the Wampanoags. (Indian Country article) (Native Americans, see February 25, 1642; Wampanoags, see June 24, 1675)

April 1, 1783: Deborah Samson was promoted and spent seven months serving as a waiter to General John Paterson. This job entitled her to a better quality of life, better food, less danger, and shelter.

That summer, while stationed in Philadelphia she came down with fever and was cared for by a Dr Barnabas Binney. In treating her he discovered the cloth she used to bind her breasts and, thus, discovered her secret. He did not betray her; he took her to his house, where his wife and daughters housed and took care of her. (see Sampson for expanded story) 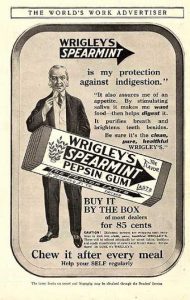 April 1, 1807: Ohio began legally prohibiting Black people from testifying in cases involving white people as parties. As a result, for the next four decades, white people could act with impunity in filing baseless civil suits against Black people barred from testifying to defend themselves, and committing crimes against Black people with no fear that the victim or any Black witnesses would be permitted to give evidence against them. This law made Black people vulnerable to exploitation and abuse, and ensured that they could not rely on the courts for protection or justice.  [EJI article] (next BH, see January 1, 1808)

April 1, 1935: the US Supreme Court ruled that the exclusion of black citizens on jury rolls deprives black defendants of their rights to equal protection under the law as guaranteed by the Fourteenth Amendment. The Court overturned the convictions of Haywood Patterson and Clarence Norris and the case is remanded to a lower court. (SB, see Nov 13) (see Scottsboro Nine Travesty)

April 1, 1960: students resumed sit-in activities at the Kress and F.W. Woolworth stores and began picketing on Elm and Sycamore streets. That evening at a mass meeting, more than 1,200 students pledged to continue the protests. (see G4 for expanded chronology)

April 1, 1964: sit-ins at restaurants and hotels in St. Augustine, Fla., ended in the arrests of more than 280 people. Martin Luther King Jr. gave his support to the protests and was arrested on June 11 when he tried to eat the Monson Motel Restaurant in town. On June 5, the beach cottage where he was supposed to stay was riddled with bullets. (King Encyclopedia article) (see Apr 6)

Under pressure from Arbery’s family, Barnhill then recused himself from the case because his son had worked in the Brunswick prosecutor’s office with Gregory McMichael. Mr. Barnhill asked the Georgia Attorney General’s Office to help find another district attorney to handle the case. [NYT article]  (next B & S and AA, see April 13 or see AA for expanded chronology)

April 1, 1963: workers of the International Typographical Union ended their strike that had closed nine New York City newspapers. The strike ended 114 days after it began on December 8, 1962. (see June 10) 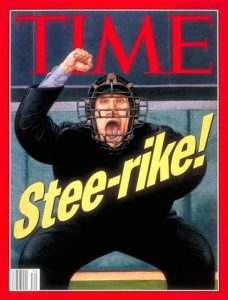 April 1, 2015: McDonald’s announced that it would raise wages and offer new benefits to 90,000 employees in the 1,500 outlets in the United States that it owned and operates, responding to competitive pressure from a tighter job market and to labor campaigns drawing public attention to its pay policies.

The decision, however, did not affect the 750,000 employees who work for the more than 3,100 franchisees that operate roughly 12,500 McDonald’s restaurants around the country. The company will increase wages to at least $1 over the local legal minimum wage for workers in restaurants under corporate control to an average of $9.90 an hour by July 1. That average will increase to more than $10 in 2016.

Employees who have worked in company restaurants more than a year will also be eligible for paid time off, whether they work full or part time. An employee who works an average of 20 hours a week might accrue as much as 20 hours of paid time off a year, the company said. McDonald’s will also expand a program intended to help employees of both its own restaurants and those operated by franchisees to take classes online toward earning high school diplomas. The company will cover those costs, as well as assist employees with college tuition. (see June 1)

April 1, 1966: John Lennon bought a copy of Timothy Leary’s The Psychedelic Experience and The Tibetan Book Of The Dead, where he read near the beginning of the book’s introduction; “When in doubt, relax, turn off your mind, float downstream,” which captured Lennon’s imagination and became the first line of ‘Tomorrow Never Knows’, (which he recorded 5 days later). (see May 1)

April 1, 1969: Michael Lang was disappointed anyway with the Saugerties site. It didn’t have the rustic feel he hoped to have. (see Chronology for expanded story) 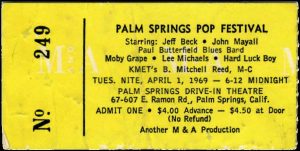 The second festival of 1969 was in the Palm Spring, CA area and was over two days (see festivals for expanded story):

April 1, 1970: as an April Fool’s joke, John Lennon and Yoko Ono issued a statement to the press that they were having dual sex change operations. (see Apr 10)

April 1, 1970:   radio station WUHY in Philadelphia was fined for a “string of vulgarities,” expressed by Jerry Garcia. The case led to the first fine ever imposed by the Federal Communications Commission (FCC) for broadcast indecency. Dean Burch, Chair of the FCC, was searching for a test case in which the FCC could assert standards of decency in radio broadcasting. The executives of WUHY, however, chose to pay the $100 fine rather than contest the decision, and so there was no court case involving a test of the FCC’s standards and the First Amendment. (FS, see May 6; Dead, see March 27, 1973)

April 1, 1966: NYC Chief Inspector Sanford D. Garelik said that he hoped the public would report cases in which policemen lured homosexuals into breaking the law and then arrest them. (see Apr 17)

April 1, 1998: Coretta Scott King called on the civil rights community to join the struggle against homophobia. She received criticism from members of the black civil rights movement for comparing civil rights to gay rights. (see November 3, 1998)

Act on the Opening up of Marriage

April 1, 2001: in the Netherlands, the Act on the Opening up of Marriage goes into effect. The Act allows same-sex couples to marry legally for the first time in the world. (see March 28, 2002)

April 1, 1996,  trial began in Jack Kevorkian‘s home town of Pontiac in the deaths of Miller and Wantz. For the start of his third criminal trial, he wears colonial costume–tights, a white powdered wig, and big buckle shoes–a protest against the fact that he is being tried under centuries-old common law. He would face a maximum of five years in prison and a $10,000 fine if convicted in the Wantz/Miller deaths. (see Kevorkian for expanded story)

April 1, 2010:  Halliburton employee Marvin Volek warned that BP’s use of cement “was against our best practices.” (see Apr 14) 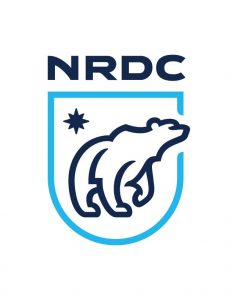 “We looked at 36 states, and there are only three states where it would be easy for a member of the public to sit down at their computer and get some information about a company’s compliance record,” said report co-author Amy Mall, a senior policy analyst at NRDC. The group said that  there are other states where citizens can file requests for data, but these three are the only ones where the information proved relatively easy to access. (NRDC site) (see Apr 21)

April 1, 2019:   even as he asked a court to cancel President Obama’s Affordable Care Act, on March 25, President Trump had reassured Americans that they did not need to worry about the Affordable Care Act’s demise because Republicans would replace it with something better.

On this date, in the President tweeted that Republicans would not have a replacement plan for at least 19 more months — and then only if Republicans win the 2020 election. (see Oct 22)

April 1, 2020: the NY Times reported that the Trump administration had decided against reopening the Affordable Care Act’s Healthcare.gov marketplaces to new customers, despite broad layoffs and growing fears that people will be uninsured during the coronavirus outbreak.

The option to reopen markets, in what is known as a special enrollment period, would have made it easier for people who have recently lost jobs or who had already been uninsured to obtain health insurance. The administration had established such special enrollment periods in the past, typically in the wake of natural disasters. (next ACA/Healthcare, see July 8)