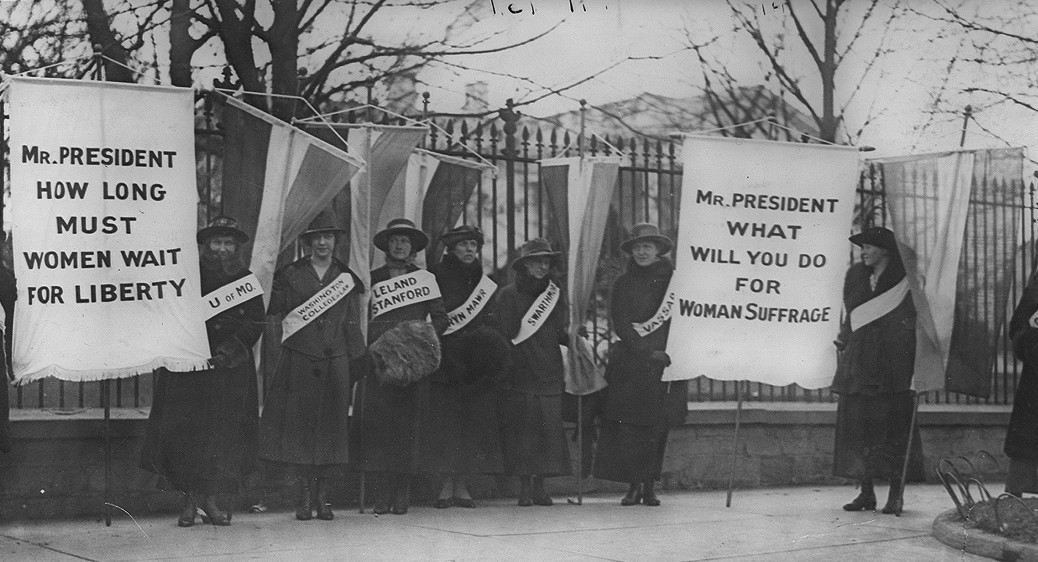 October 22, 1946: Holmes County, Mississippi, court freed the five white men accused in the beating death of Leon McAtee. Though one of the five had confessed to his own involvement in the murder and implicated the other four men, none was convicted. Before the trial ended, Judge S.F. Davis acquitted Spencer Ellis and James Roberts, finding the evidence insufficient to prove their guilt. The all-white jury then deliberated for ten minutes before acquitting Jeff Dodd Sr., Jeff Dodd Jr., and Dixie Roberts.

Leon McAtee was a tenant on Jeff Dodd Sr.’s farm who working a small plot of land for very little pay. When Mr. Dodd’s saddle went missing, he suspected Mr. McAtee of stealing it and had the black man arrested. On July 22, 1946, Mr. Dodd withdrew the charges and police released Mr. McAtee into Mr. Dodd’s custody. Mr. Dodd then called Dixie Roberts and together they took Mr. McAtee back to Mr. Dodd’s home, where Jeff Dodd Jr., James Roberts, and Spencer Ellis awaited them.

Inside the home, all five men beat Mr. McAtee and whipped him with a three-quarter-inch rope. The men then drove the badly beaten man to his home and presented him to his wife, who later reported that her husband was dazed and muttering about a saddle. The men then drove away with Mr. McAtee in their truck, and Mrs. McAtee fled with her children. Her husband was found dead in a bayou two days later. Soon after, his two young stepsons confessed to stealing the saddle. (see Nov 5) October 22, 1955: John Earl Reese was in a Mayflower, Texas, café when white men fired nine shots through the window, killing him and injuring his cousins. The men were attempting to terrorize African Americans into giving up plans for a new school. Local authorities were reluctant to investigate the shooting, with one sheriff insisting the culprit could be found in the nearby black community.

The following year the Texas Rangers took over the case and arrested two white men after one admitted they had fired nine bullets into the cafe from their speeding car. Both men acknowledged being angry about a new school being built in Mayflower, a mostly black community.

The men were found guilty of “murder without malice” and received five-year prison sentences that were immediately suspended. Neither spent a day in jail. Perry Dean Ross and Joseph Reagan Simpson were both convicted of the crime, but never spend a day behind bars because the judge suspended their five-year sentences. A historical marker in town now honors Reese. (see Nov 7)

October 22, 1963: many Chicago organizations that were part of the Coordinating Council of Community Organizations (CCCO) staged a school boycott.  250,000 students did not attend school, and at least 20,000 marched on the streets of Chicago. The march was one of the largest and most overlooked civil rights actions of the 1960’s took place in Chicago. (BH, see Nov 1; SD, see April 7, 1964) October 22, 2013: Air Force officials said officers entrusted with the launch keys to long-range nuclear missiles were caught twice during 2013 leaving open a blast door that is intended to help prevent a terrorist or other intruder from entering their underground command post. (see Nov 24)

October 22, 1962: President Kennedy announced the existence of Soviet missiles in Cuba and ordered a naval blockade (see January 3, 1966). The Joint Chiefs of Staff unanimously agreed that a full-scale attack and invasion was the only solution. (see Oct 23)

October 22, 1963: President John F. Kennedy was unhappy with stories in the New York Times by reporter David Halberstam, which indicated that American efforts to support the South Vietnamese government against the Viet Cong (aka, National Liberation Front) were failing. Kennedy tried to get the Times publisher to transfer Halberstam out of Vietnam on this day, but the Times refused. (see Nov 1)

October 22, 1968: President Johnson understood that Hanoi was willing to negotiate a peace if bombing stopped. LBJ was ready to do so. Candidate Nixon, fearing candidate Hubert Humphrey’s gain on him in the polls, used Anna Cahan Chennault to act as his (Nixon’s) secret liason with the South Vietnamese regime. She encouraged South Vietnamese ambassador Bui Diem and President Tieu: Stay out of the Paris talks. LBJ is going to settle at their expense.

October 22, 1972: Kissinger met with President Thieu. Hanoi said that both the United States and North Vietnam had agreed to the text of the agreement and the schedule. (see Oct 23)

October 22, 1965, President Lyndon B. Johnson signed the Highway Beautification Act, which attempted to limit billboards and other forms of outdoor advertising, as well as with junkyards and other unsightly roadside messes, along America’s interstate highways. The act also encouraged “scenic enhancement” by funding local efforts to clean up and landscape the green spaces on either side of the roadways. “This bill will enrich our spirits and restore a small measure of our national greatness,” Johnson said at the bill’s signing ceremony. “Beauty belongs to all the people. And so long as I am President, what has been divinely given to nature will not be taken recklessly away by man.” (see January 28, 1969)

October 22, 2017: the day before the event was scheduled to occur, the Environmental Protection Agency canceled the speaking appearance of three agency scientists who were scheduled to discuss climate change at a conference in Rhode Island.

John Konkus, an E.P.A. spokesman and a former Trump campaign operative in Florida, confirmed that agency scientists would not speak at the State of the Narragansett Bay and Watershed program in Providence.

Scientists involved in the program said that much of the discussion at the event would center on climate change. Many said they were surprised by the E.P.A.’s last-minute cancellation, particularly since the agency helped to fund the Narragansett Bay Estuary Program, which was hosting the conference. The scientists who have been barred from speaking contributed substantial material to a 400-page report. (see Nov 16) October 22, 1975: Air Force Sergeant Leonard Matlovich, a decorated veteran of the Vietnam War, was given a “general” discharge by the air force after publicly declaring his homosexuality. Matlovich, who appeared in his air force uniform on the cover of Time magazine above the headline “I AM A HOMOSEXUAL,” was challenging the ban against homosexuals in the U.S. military. [NYT pdf](LGBTQ, see September 16, 1977; Matlovich, see December 7, 1978) October 22, 1999: groundbreaking on construction of a national memorial to both Japanese-American soldiers and those sent to internment camps takes place in Washington, D.C. with President Clinton in attendance. [NYT article] (see JI for expanded chronology)

October 22, 2012: the morning after the final presidential debate, outspoken conservative commentator Ann Coulter sent out the following tweet: I highly approve of Romney’s decision to be kind and gentle to the retard.

Come on Ms. Coulter, you aren’t dumb and you aren’t shallow. So why are you continually using a word like the R-word as an insult?

I’m a 30 year old man with Down syndrome who has struggled with the public’s perception that an intellectual disability means that I am dumb and shallow. I am not either of those things, but I do process information more slowly than the rest of you. In fact it has taken me all day to figure out how to respond to your use of the R-word last night.

I thought first of asking whether you meant to describe the President as someone who was bullied as a child by people like you, but rose above it to find a way to succeed in life as many of my fellow Special Olympians have.

Then I wondered if you meant to describe him as someone who has to struggle to be thoughtful about everything he says, as everyone else races from one snarkey sound bite to the next.

Finally, I wondered if you meant to degrade him as someone who is likely to receive bad health care, live in low grade housing with very little income and still manages to see life as a wonderful gift.

Because, Ms. Coulter, that is who we are – and much, much more.

After I saw your tweet, I realized you just wanted to belittle the President by linking him to people like me. You assumed that people would understand and accept that being linked to someone like me is an insult and you assumed you could get away with it and still appear on TV.

I have to wonder if you considered other hateful words but recoiled from the backlash.

Well, Ms. Coulter, you, and society, need to learn that being compared to people like me should be considered a badge of honor.

No one overcomes more than we do and still loves life so much.

Come join us someday at Special Olympics. See if you can walk away with your heart unchanged.

A friend you haven’t made yet, John Franklin Stephens

October 22, 2013: according to a Gallop poll conducted occasionally since 1969,  for the first time, 58% of Americans said that marijuana should be legalized. 12% of Americans thought that in 1969. (see Nov 5 or see CCC for expanded chronology)

October 22, 2014:  (from the NYT) four former Blackwater Worldwide security guards were convicted and immediately jailed for their roles in a deadly 2007 shooting in Baghdad’s Nisour Square that marked a bloody nadir in America’s war in Iraq.

A jury in Federal District Court found that the deaths of 17 Iraqis in the shooting, which began when a convoy of the guards suddenly began firing in a crowded intersection, was not a battlefield tragedy, but the result of a criminal act.

The convictions on murder, manslaughter and weapons charges represented a legal and diplomatic victory for the United States government, which had urged Iraqis to put their faith in the American court system. That faith was tested repeatedly over seven years as the investigation had repeated setbacks, leaving Iraqis deeply suspicious that anyone would be held responsible for the deaths.  [NYT article](Iraq, see March 20, 2015; Blackwater, see April 13, 2015)

October 22, 2018: Cesar Sayoc, Jr mailed bomb to billionaire George Soros, a political activist who had been supporting many Democratic candidates. Bomb did not explode. (see Oct 23)

October 22, 2019: nearly three years into President Trump’s aggressive efforts to undermine the Affordable Care Act, prices for the most popular type of health insurance plan offered through the health law’s federal marketplace would drop in 2020 and the number of insurers offering plans would increase.

Administration officials credited Mr. Trump with the resiliency of the law even as they echoed his contempt for it.

“The A.C.A. simply doesn’t work and is still unaffordable for far too many,” Alex M. Azar II, the secretary of health and human services, said on Monday. “But until Congress gets around to replacing it, President Trump will do what he can to fix the problems created by this system for millions of Americans.”

The 4-percent price decline is only the second time that average monthly premiums had dropped year-to-year since the marketplace opened in 2014, and it was a sign that the health law was stabilizing after several years of turmoil caused in part by Trump. [NYT article] (see Dec 18)

October 22, 2019: President Trump described the Democrats’ impeachment inquiry into him a “lynching” and said it was “without due process or fairness or any legal rights.”

The president’s use of the word Tuesday drew immediate criticism.

“You think this impeachment is a LYNCHING? What the hell is wrong with you,” Representative Bobby L. Rush, Democrat of Illinois and a former Black Panther leader, said in a Twitter post.

October 22, 2019: William B. Taylor Jr., the United States’ top diplomat in Ukraine, told impeachment investigators privately that President Trump held up vital security aid for the country and refused a White House meeting with Ukraine’s leader until he agreed to make a public pronouncement pledging to investigate Trump’s political rivals.

In testimony that Democrats in attendance called the most damaging account yet for the president, Taylor provided an “excruciatingly detailed” opening statement that described the quid-pro-quo pressure campaign that Trump and his allies had long denied. (see TII for expanded chronology)