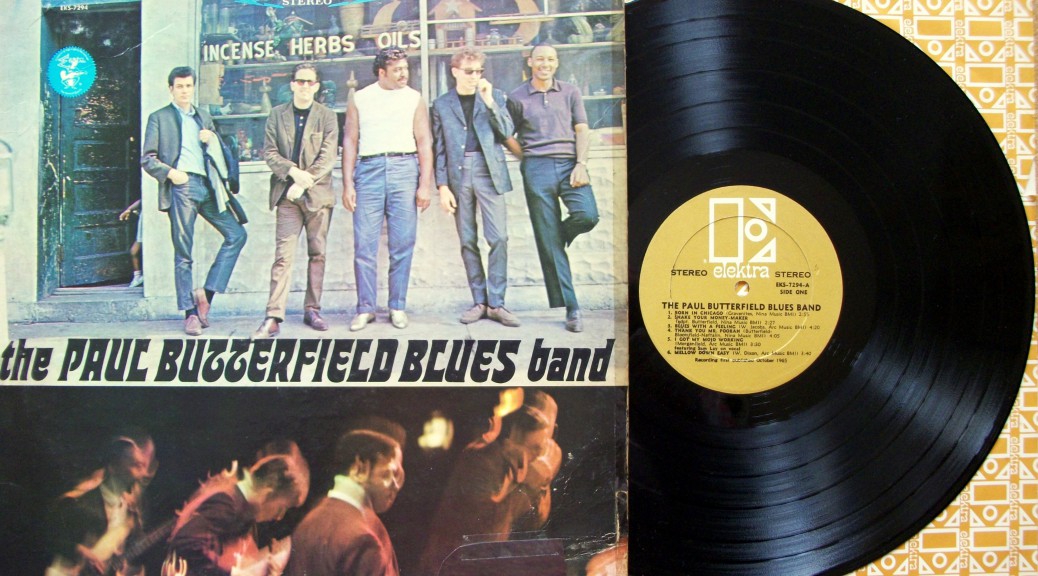 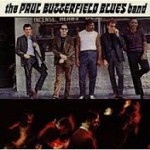 October 13, 1892:  a large white lynch mob killed Burrell Jones, Moses Jones, Jim Packard, and an unidentified fourth victim – all young black men – outside Monroeville, Alabama. News reports from the time vary greatly in listing the young men’s names and ages, but several reports indicate that the eldest of the four was nineteen years old, and that at least one of the others may have been as young as fifteen.

A couple of days before the lynchings, a white farmer and his daughter were murdered and their home set on fire. In the aftermath, nearly a dozen African American men and boys were arrested, jailed, and accused of committing or being an accomplice to the crime.

After law enforcement officials were able to coerce one of the accused into giving a “confession” that implicated three others, all four young men were declared suspects.

Once news of the “confession” spread, a mob of white men from Monroeville and surrounding communities went to the jail and demanded a lynching. In response, law enforcement officials handed the four young black men over to the mob. The mob took them just outside the city, near a bridge over Flat Creek, and hanged and shot all four young men to death. According to various news reports, the corpses “were cut down as soon as life was extinct and the bodies torn to pieces by the maddened mob,” then piled in “a large heap” and burned. [EJI article] (next BH, see February 1, 1893; see 19th century for expanded lynching chronology)

October 13, 1942: the U.S. House passed legislation abolishing poll taxes in national elections, but in the Senate, Southern senators filibustered, blocking the bill. Over the next several years, the House continued to pass the legislation — only to be blocked again by the Senate.[background] (see Oct 20)

October 13, 2017: authorities in Georgia reopened a cold case and arrested five people — including two law enforcement officials — in connection with what the local sheriff said was a brutal, racially motivated murder of a Timothy Coggins, a black man 34 years ago on October 9, 1983.

The arrests were made about seven months after new information emerged, said the sheriff, Darrell Dix of Spalding County, in Griffin, Ga., about 40 miles south of Atlanta.

“If the crime happened today, it would be prosecuted as a hate crime,” he said at a news conference.

Frankie Gebhardt, 59, and Bill Moore Sr., 58, [b oth men had “extensive criminal records,”] were each charged with murder, aggravated assault, concealing a death and other crimes

Gregory Huffman, 47, was charged with violation of oath of office and obstruction, officials said. Until this day, Huffman had been a detention officer with the Spalding County Sheriff’s Office, but was fired. 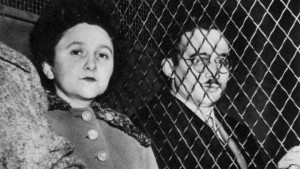 October 13, 1952:  the US Supreme Court announced that it had declined to grant certiorari in the appeal of Julius and Ethel Rosenberg, condemned to death for conspiracy to commit atomic espionage for the Soviet Union. (RS, see Oct 17; Nuclear, see Nov 1; Rosenbergs, see June 19, 1953)

October 13, 1960, Richard M. Nixon and John F. Kennedy participated in the third televised debate of the presidential campaign, with Nixon in Hollywood, Calif., and Kennedy in New York.

October 13, 1963: although The Beatles’ popularity had been growing steadily and to increasingly frantic heights throughout 1963, their appearance at the London Palladium catapulted them into the attention of the mainstream media.

Sunday Night At The London Palladium was a variety entertainment program that regularly drew huge British TV audiences of up to 15 million people. Competition to appear was fierce, and The Beatles were taking no chances, having spent the previous evening rehearsing.

On the night they appeared briefly at the beginning of the show, before compère Bruce Forsythe told the audience, “If you want to see them again they’ll be back in 42 minutes.” And indeed they were. The Beatles topped the bill that night, closing the hour-long show. They began with From Me To You, followed by I’ll Get You, which was introduced by Paul McCartney with some jovial interjections from John Lennon. Their most recent hit, She Loves You, was next, announced collectively by Lennon, McCartney and George Harrison. Then came the finale. Paul McCartney attempted to announce it, but was drowned out by the screams from the frenzied audience. Lennon told them to “shut up”, a gesture which was applauded by the older members in the audience. McCartney then asked them all to clap and stamp their feet, and they began Twist And Shout.

October 13, 1967: President Lyndon B. Johnson had issued Executive Order 11246, establishing affirmative action in employment for all federal agencies and contractors on September 24, 1965. He deliberately did not include women in the order, however, despite the fact that sex discrimination was specifically prohibited by Title VII of the 1964 Civil Rights Act (signed on July 2, 1964). Although he was deeply committed to the civil rights movement, LBJ had no similar commitment to the women’s rights movement that emerged in the mid-1960s. Leaders of the reinvigorated women’s rights movement protested Johnson’s omission of women from his first E.O., and on this day, Johnson issued Executive Order 11375 to include women in affirmative action.

The pressure came from the revived feminist movement in the 1960s. See the publication of Betty Friedan’s influential book, The Feminine Mystique (and the critical review by the New York Times on April 7, 1963), and the founding of the National Organization for Women (NOW) on June 30, 1966. [US DoL article] (see Nov 7)

Judge Virginia A. Phillips of Federal District Court for the Central District of California issued an injunction banning enforcement of the law and ordered the military to immediately “suspend and discontinue” any investigations or proceedings to dismiss service members.

In language much like that in her Sept. 9 ruling declaring the law unconstitutional, Judge Phillips wrote that the 17-year-old policy “infringes the fundamental rights of United States service members and prospective service members” and violates their rights of due process and freedom of speech. 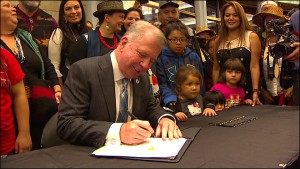 October 13, 2017: President Trump declared his intention not to certify Iran’s compliance with the nuclear deal agreement of 2015. By doing so, he left it to Congress to decide whether and when to reimpose sanctions on Iran, which would end the agreement.

The Administration made it clear that it wanted to leave the accord intact, for the moment. Instead, it asked Congress to establish “trigger points,” which would prompt the United States to reimpose sanctions on Iran if it crossed  thresholds set by Congress.  [NYT article] (NCN, see  Oct 26; Iran deal, see Nov 7)

October 13, 2017: in an unusual and public call to arms, Russell Okung, a Los Angeles Chargers lineman, posted a letter on The Players’ Tribune urging the league’s 1,700 players to take a unified stand against pressure from N.F.L. team owners to curb demonstrations during the national anthem before games.

“We can either wait until we receive our respective marching orders, speak up individually, or find a way to collaborate, and exercise our agency as the lifeblood of the league,” Okung, wrote.

October 13, 2020: the Supreme Court allowed the Trump administration to halt the 2020 census count ahead of schedule, effectively shutting down what has been the most contentious and litigated census in memory and setting the stage for a bitter fight over how to use its numbers for the apportionment of the next Congress.

The brief unsigned order formally only pauses the population count while the administration and a host of groups advocating a more accurate census battle in a federal appeals court over whether the count could be stopped early.

As a practical matter, however, it almost certainly ensures an early end because the census — one of the largest government activities, involving hundreds of thousands of workers — cannot be easily restarted and little time remains before its current deadline at the end of this month. In fact, some census workers say, the bureau had already begun shutting down some parts of its count despite a court order to continue it. [NYT article] (next Census, see Dec 30)

October 13, 2020: the U.S. Supreme Court announced that it will not hear a case challenging the constitutionality of federal marijuana prohibition.

A coalition of medical cannabis advocates, including former NFL player Marvin Washington, young patient Alexis Bortell and military veteran Jose Belen, initially filed a lawsuit against the Drug Enforcement Administration (DEA) in 2017. But while the case has gradually moved through the judiciary, the decision by the high court represents a sound defeat for the challenge. [MM article] (next Cannabis, see Nov 3, or see CCC for expanded chronology)