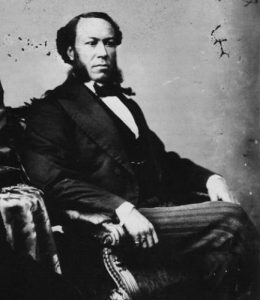 December 12, 1922: Arthur Young and Charles Wright were accused of killing a local white school teacher. Though items found near the woman’s body belonged to a local white man, police were convinced the perpetrator had to be a black man, and quickly focused on Wright as a suspect. The deep racial hostility that permeated Southern society during this time period often served to focus suspicion on black communities after a crime was discovered, whether evidence supported that suspicion or not. This was especially true in cases of violent crime against white victims.

After several days of violent manhunts that terrorized the black community and left at least one black man dead, police arrested Charles Wright with a friend named Arthur Young. Before the men could be investigated or tried, a white mob seized Mr. Wright as they were being transported to jail and burned him alive.

Four days later, on December 12th, the lynch mob attacked again. As officers were moving Arthur Young to another jail, the mob seized him, riddled his body with bullets, and left his corpse hanging from a tree on the side of a highway in Perry, Florida.

No one was ever held accountable for the lynchings

Following the murders, members of the mob turned on the black community of Perry, burning several black-owned homes, a church, the Masonic hall and a school.  [EJI article] (next BH & Lynching, see January 1, 1923; see American Lynching 3 for expanded article) 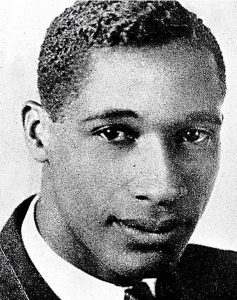 December 12, 1938: the Registrar at the Law School of the University of Missouri, Cy Woodson Canada, had refused admission to Lloyd Gaines because he was an African-American. At the time there was no Law School specifically for African-Americans within the state. Gaines cited that this refusal violated his Fourteenth Amendment right. The state of Missouri had offered to pay for Gaines’ tuition at an adjacent state’s law school, which he turned down.

Although not striking down “separate but equal,” on this date the US Supreme Court held that States that provided only one educational institution must allow blacks and whites to attend if there was no separate school for blacks. (next BH, see Dec 28); Lloyd Gaines, see March 19, 1939) 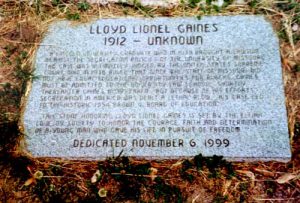 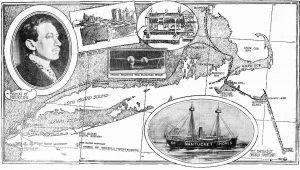 December 12, 1901: Italian physicist and radio pioneer Guglielmo Marconi succeeded in sending the first radio transmission across the Atlantic Ocean, despite critics telling  him that the curvature of the earth would limit transmission to 200 miles or less. The message–simply the Morse-code signal for the letter “s”–traveled more than 2,000 miles from Poldhu in Cornwall, England, to Newfoundland, Canada. Ironically, the detractors were correct: the radio signal had been headed into space when it was reflected off the ionosphere and bounced back down toward Canada. (see November 2, 1902) 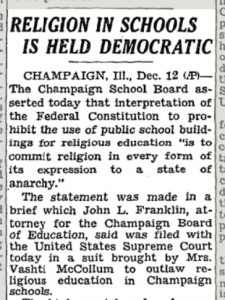 December 12, 1947:  the Champaign School Board asserted that the interpretation of the US Constitution to prohibit the use of public school buildings for religious education “is to commit religion in every form of its expression to a state of anarchy.” (see March 8, 1948) 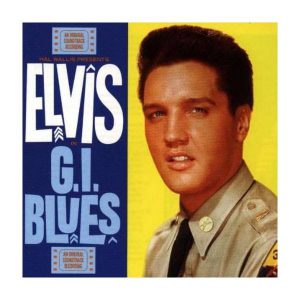 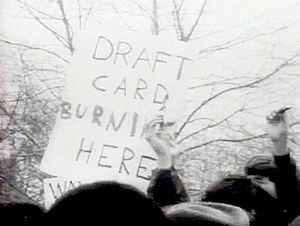 December 12, 1966: the NY Civil Liberties Union challenged the constitutionality of law prohibiting draft card burning. The appeal charged that the law was an unconstitutional abridgment of the freedom of expression guaranteed by the First Amendment and its purpose is to suppress dissent. (Draft Card Burning, see January 11, 1967; Vietnam, see Dec 23) 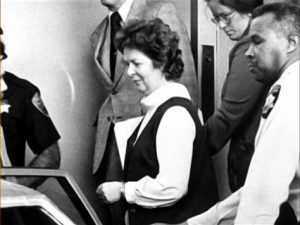 December 12, 1998: the House Judiciary Committee approved a fourth and final article of impeachment against President Clinton, accusing him of making false statements in his answers to written questions from Congress. A Democratic proposal to censure Clinton instead goes down to defeat. (see Clinton Impeachment for expanded chronology)

December 12, 2003: Judge Shira Scheindlin of Manhattan federal court approved a settlement agreement in the Daniels case. The agreement requires the NYPD to formulate an anti-racial profiling policy, audit officers who engage in stop-and-frisks and publicly disclose the results of those audits. Judge Scheindlin maintained oversight over the settlement through 2007. 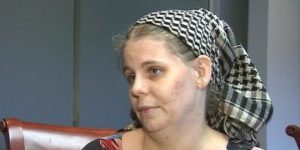 According to Barnes, in 2012 after seeing, “yet another African American stopped for doing nothing other than being outside while black,” she yelled profanities (“Cobb police suck” and “Fuck the police.”) at the police officers, who then arrested her, jailed her, and kept her in solitary confinement overnight.

The charges were dismissed in 2013, but Barnes filed a lawsuit saying the Cobb County Police Department officers had violated her constitutional rights. Cobb County agreed to pay Barnes to end the lawsuit.

“It’s a shot across the bow,” Barnes said. “And it basically sent a message across this whole nation that free speech shall remain free or somebody’s going to keep paying.”

According to Barnes’ attorney, “The officers argued that it was a bad neighborhood and you shouldn’t disrespect the police because it could create issues.”

As for the isolation after her arrest, the police claimed it was for Barnes’ own protection, because she has impaired hearing. (see Fourth Amendment below)

Local police in rural Washington suspected Leonel Vargas of drug trafficking. In April 2013, police installed a camera on top of a utility pole overlooking his home. Even though police did not have a warrant, they nonetheless pointed the camera at his front door and driveway and began watching every day. A month later, police observed Vargas shoot some beer bottles with a gun and because Vargas was an undocumented immigrant, they had probable cause to believe he was illegally possessing a firearm. They used the video surveillance to obtain a warrant to search his home, which uncovered drugs and guns, leading to a federal indictment against Vargas. Vargas moved to suppress the evidence and Shea wanted more information about the specific surveillance equipment the government was using, details the government was unsuccessful in keeping secret (see Dec 15)

December 12, 2015: representatives of 195 nations reached a landmark accord that would, for the first time, commit nearly every country to lowering planet-warming greenhouse gas emissions to help stave off the most drastic effects of climate change.

The deal, which was met with an eruption of cheers and ovations from thousands of delegates gathered from around the world, represents a historic breakthrough on an issue that has foiled decades of international efforts to address climate change.(see February 9, 2016)

December 12, 2017: a rule in New York City’s jail system had been that if an inmate at Rikers Island who had been serving a stretch in solitary confinement before release returned to the jail, the person would be forced back into solitary no matter how much time had passed.

The city had dropped the rule, called the old time policy, in 2015, in response to a lawsuit.

On this day, federal magistrate Judge Cheryl L. Pollak in Brooklyn gave preliminary approval to a class-action settlement in which the city agreed to pay a total of $5 million to 470 people who were put in solitary confinement under the policy between Nov. 23, 2012, and Sept. 16, 2015. The lawsuit that prompted the settlement, Roy Parker et al. v. the City of New York, alleged that the practice was inhumane and violated pretrial detainees’ due process rights.

Pollak said the settlement was “fair and reasonable.”

Alexander A. Reinert, one of the lawyers and a law professor at the Benjamin N. Cardozo School of Law at Yeshiva University, said he believed this was the first case in the country in which a court awarded compensation to a class of pretrial detainees wrongfully held in solitary confinement. [NYT article]

By the end of 2017,  hundreds of correctional facilities across the United States had replaced in-person visits with video calls that were expensive and unreliable.

The Guardian reported that researchers estimated at least 600 jails and prisons had instituted video visitation programs. While a handful of states including California and Texas had passed laws ensuring that in-person visitation be maintained in jails where video visitation is offered, data showed that 74 percent of correctional facilities that implement video calling either reduce or eliminate in-person visits.

The video technology was offered by prison telephone companies like Securus, which charged $12.99 per 20-minute video call at the Jefferson Parish correctional center in Louisiana. Earlier in 2017, Securus succeeded in forcing the FCC to withdraw support for regulations that cap the cost of phone calls from people in jails and prisons.

Prison phone companies pitch video calls as a potential new source of revenue for counties, with facilities typically receiving 10 to 20 percent commissions on each call.

Despite the hefty price tag for video calls, the technology often does not work. Callers cannot see the image or hear any sound, or the calls are cut off midway through. (see February 1, 2018)

December 12, 2019: Major League Baseball in association with its players union, announced changes to its Joint Drug Program  and became the first major American sports league to remove marijuana from its list of drugs abuse.

The drug will still be tested for and could result in punishment similar to its alcohol and violence policies.

“Natural cannabinoids (e.g., THC, CBD, and Marijuana) will be removed from the Program’s list of Drugs of Abuse,” MLB said in its release. “Going forward, marijuana-related conduct will be treated the same as alcohol-related conduct under the Parties’ Joint Treatment Program for Alcohol-Related and Off-Field Violent Conduct, which provides mandatory evaluation, voluntary treatment and the possibility of discipline by a Player’s Club or the Commissioner’s Office in response to certain conduct involving Natural Cannabinoids.” [ABC News article]  (see CCC for expanded chronology) (next C, see Dec 31)