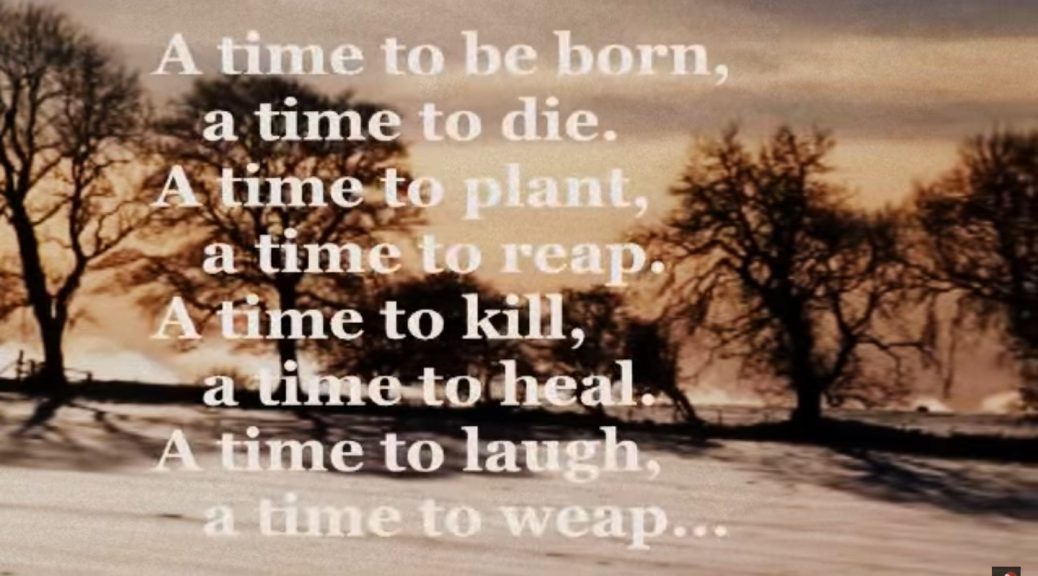 December 4, 1849: the case of Roberts v The City of Boston began on behalf of Sarah Roberts, a Black five-year-old who was barred from school. The suit was heard by the Massachusetts Supreme Court and the judge presiding was Chief Justice Lemuel Shaw. The lawsuit was part of an organized effort by the African-American community to end racially segregated schools. A city ordinance passed in 1845 had said any child “unlawfully excluded from the public schools” could recover damages (which meant they could sue the city). Sarah had been forced to walk past five other schools to reach the “colored” school in Smith Court.

School authorities argued that special provisions had been made for “colored” students. Since Boston maintained racially segregated schools, that Sarah passed five White schools on her way to the black schools, the school board contended, was of no consequence. Roberts retained the talented attorney, abolitionist, and later United States Senator Charles Sumner. Sumner worked with Robert Morris, a young Black abolitionist and activist lawyer from Boston. This formidable legal team broke new ground in their argument before the court. Invoking “the great principle” embodied in the Constitution of Massachusetts, they asserted that all persons, regardless of race or color, stand as equals before the law. (see Sarah Roberts for expanded chronology) (SD, see In April, 1850)

Late 1849 or early 1850: Irene Emerson left Missouri for Springfield, Massachusetts. In 1850 she married Dr. Calvin C. Chaffee, a Springfield physician with antislavery leanings who later became a Republican congressman. Although no longer in Missouri, Irene Emerson remained the defendant in Dred Scott’s freedom suit before the Missouri state courts. Her brother, a prosperous New York merchant with strong personal and professional ties to St. Louis, continued to act on her behalf in defending the case and would become the named defendant in the federal case. (see Dred Scott for expanded chronology) December 4, 1915: the NAACP led protest demonstrations against the showing of the movie The Birth of a Nation. The racism that African Americans experienced in both the South and the North during the war years could be glimpsed in many arenas of American life, including the movies. It is not surprising, perhaps, that The Birth of a Nation, which appeared in March 1915, was both one of the landmarks in the history of American cinema and a landmark in American racism.

Historian Thomas Cripps has characterized The Birth of a Nation as “at once a major stride for cinema and a sacrifice of black humanity to the cause of racism.” Based on two historical novels, The Clansman, An Historical Romance of the Ku Klux Klan (1905) and The Leopard’s Spots: A Romance of the White Man’s Burden, 1865 – ­1900 (1902), and a play, The Clansman (1906), written by a North Carolina lawyer turned preacher, Thomas Dixon Jr., The Birth of a Nation recounts the history of the Civil War and Reconstruction through the eyes and experiences of Southern whites who vehemently opposed the political and social progress made by newly freed African Americans after the Civil War. Much of the novel’s tone, which Cripps describes as “a nightmare of interracial brutality, rape and castigation,” found its way into The Birth of a Nation. (see March 24, 1916) On September 27, 1940, civil rights leader A. Philip Randolph had confronted President Franklin D. Roosevelt in the White House about his failure to implement the non-discrimination clause of the law, but without success.

The NAACP refused to take Lynn’s case, regarding it as too controversial in the midst of wartime. Arthur Garfield Hays, general counsel for the ACLU, agreed to handle the case. The Federal District Court in Brooklyn on this day denied Lynn’s writ of habeas corpus and dismissed the case. On February 3, 1944 the Second Circuit Court of Appeals, by a 2-1 vote, upheld the lower court decision.  [ACLU story] (see June 20, 1943) December 4, 1956:  Clinton, Tennessee’s Rev. Paul Turner, the white minister of the First Baptist Church, was severely beaten after escorting the “Clinton 12” to school.

In 1957: although the blues and folk music had often been associated with protest music,  jazz also had its contributors.

The usually low-key Louis Armstrong cancelled a State Department-sponsored tour of the USSR in 1957. “The way they are treating my people in the South, the government can go to hell. The people over there ask me what’s wrong with my country. What am I supposed to say?”  2007 NYY story[] (see January 10, 1957) December 4, 1969: 14 police officers shot Black Panthers Fred Hampton, 21, and Mark Clark, 22, as they slept in their Chicago apartment. About a hundred bullets had been fired in what police described as a fierce gun battle with members of the Black Panther Party. However, ballistics experts later determined that only one of those bullets came from the Panthers’ side.

In addition, the “bullet holes” in the front door of the apartment, which police pointed to as evidence that the Panthers had been shooting from within the apartment, were actually nail holes created by police in an attempt to cover up the attack. Four other Black Panthers were wounded in the raid, as well as two police officers.(contemporary NYT article) (next BH & BP, see Dec 8)

Former Jacksonville police detective Lee Cody, who, along with his partner, was fired by the department for investigating the killing of Johnnie Mae Chappell without authorization, had written to Bush and asked for assistance.

Cody received a letter from the White House which said it had sent his “inquiry to the Department of Justice, which will review your correspondence.”

December 4, 2018:  Cook County Judge Domenica Stephenson denied defense requests for directed acquittals in the trial of the three Chicago police officers charged with lying about the shooting of Laquan McDonald.

Stephenson rejected the defense contention that prosecutors failed to prove their case. Stephenson was hearing the case in a bench trial, without a jury. [CBS News article]

December 4, 1916: Lucy Burns, along with four other women, took strategic positions in the front row of the visitors’ gallery during President Wilson’s formal address to Congress. They unfurled a banner that read, “Mr. President, What Will You Do for Woman Suffrage?” (see January 8, 1917)

December 4, 1978: Dianne Feinstein became San Francisco’s first woman mayor when she was named to replace George Moscone, who had been assassinated.  (see February 15, 1979)

December 4, 2012: the Oklahoma Supreme Court struck down two anti-abortion laws. In two separate opinions the Court ruled unconstitutional laws requiring women seeking abortions to have an ultrasound image placed in front of them while they hear a description of the fetus, and that ban off-label use of certain abortion-inducing drugs. (NYT article) (see January 6, 2013)

December 4, 1947: President Harry Truman had ordered the creation of an Attorney General’s List of Subversive Organizations as part of his Federal Loyalty Program, which he established on March 21, 1947. The list was officially published in the Federal Register on this day. The list became a quasi-official blacklist, as members of listed organizations lost jobs or suffered other penalties because of their association with alleged left-wing organizations. Organizations had no way to protest or appeal being listed, and individuals were labeled subversive even though they had quit the organizations years before, or had only had a brief association in the first place.

The Attorney General’s List encouraged other lists that were used to label and blacklist people. (see Dec 14) December 4, 1970, : Superior Court Judge Gorden Cambell sentenced Chávez to ten days in jail for violating an injunction prohibiting the lettuce boycott against growers who did not have contracts with his union. Coretta Scott King and Ethel Kennedy, visited Chavez in jail. [NYT article] (see Dec 24, 1970)

December 4, 2015: the United Auto Workers won a victory in Chattanooga, Tenn., as a group of skilled tradesmen successfully voted to create a collective bargaining unit at Volkswagen AG’s only U.S. plant. The vote pertains to a small group of skilled tradesmen but allows the UAW to set up a bargaining unit for them to negotiate for wages, benefits and work rules with the German auto maker, and will open the door to wider representation. The group includes a little more than 160 electricians, welders and other repair workers that maintain the assembly line. (see March 29, 2016) December 4, 2016: federal officials announced that they would not approve permits for construction of the Dakota Access Pipeline beneath a dammed section of the Missouri River that tribes said sat near sacred burial sites.

In a statement, the Department of the Army’s assistant secretary for Civil Works, Jo-Ellen Darcy, said that the decision was based on a need to explore alternate routes for the pipeline crossing. “Although we have had continuing discussion and exchanges of new information with the Standing Rock Sioux and Dakota Access, it’s clear that there’s more work to do,” Ms. Darcy said. “The best way to complete that work responsibly and expeditiously is to explore alternate routes for the pipeline crossing.” (NA, see  Dec 29; Env, see Dec 5)

December 4, 2017: Time magazine announced that Colin Kaepernick was a finalist for their Person of the Year award. (see Dec 5)

December 4, 2018:  Secretary of State Mike Pompeo announced that the Trump administration would begin the formal process to scrap the landmark Intermediate-Range Nuclear Forces Treaty within 60 days unless Russia returns to compliance with the treaty’s terms. [NYT article]

December 4, 2019: The Vatican announced that Pope Francis had accepted the resignation of Bishop Richard Malone. No reason was immediately given. All bishops are required to submit their resignation to the Pope when they turn 75. Malone was 73.

For more than a year, thousands of Catholics in Buffalo had pleaded, protested and prayed for his resignation. They had circulated petitions, held placards at prayer vigils, even tried to meet Malone’s plane at the airport.

Both the FBI and New York’s Attorney General were investigating clergy abuse and cover ups in the Buffalo diocese, according to the Buffalo News. The newspaper had also reported that more than 220 lawsuits have been filed against the diocese alleging clergy abuse. Already, Buffalo has paid abuse survivors more than $175 million through a victim’s compensation fund. [CNN article] (next SAoC, see February 18, 2020)

A fourth witness–Jonathan Turley of George Washington University Law School—said he personally opposed Trump, differed with the three saying the factual case so far developed against Trump would cheapen impeachment and create a dangerous precedent both for Congress and the executive branch. [NYT article] (see TII/P for expanded chronology)