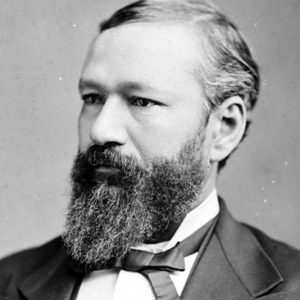 On May 10, 1837 in Macon, GA Pinckney Benton Stewart Pinchback, or P.B.S. as he preferred, was born the son of Eliza Stewart, an enslaved woman, and William Pinchback, her white master.

P.B.S. Pinchback and his mother were freed when he was a young child and moved to Ohio, where they lived together until his mother died when he was just 12 years old. He then traveled back to the South and found work as a cabin boy.

In 1862, Pinchback moved to Louisiana and enlisted in the Union Army, encouraging other African Americans to do the same. After the war ended, he joined the Louisiana Republican Party and, in 1868, was elected to the state legislature and chosen as President Pro Tempore of the Senate. When Louisiana’s African American lieutenant governor, Oscar Dunn, died in 1871, Pinchback was automatically promoted to lieutenant governor.

On December 9, 1872, P.B.S. Pinchback was sworn in as Governor of Louisiana, becoming the first black governor in United States history. He occupied the office for just 43 days, until a special election was held and Republican William Pitt Kellog elected and sworn in. The United States would not see its first elected black governor for another 118 years, when Douglas Wilder was sworn in as Governor of Virginia in 1990. (see April 13, 1873)

December 9, 1965: the government classified Joe Namath 4F and ineligible for the draft. The Army conceded that “it may seem illogical” that he should be found unfit, but as a pro football player Namath had doctors and trainers close by at every game and practice. “In the military service, these conditions wold not necessarily be present.” (Vietnam, see Dec 16; BH, see January 3, 1966; Ali, see February 17, 1966)

December 9, 1983: Jim Peck was a pacifist and civil rights activist. A participant in the 1961 Freedom Rides (see May 4, 1961), he was savagely beaten by racists in Anniston, Alabama on May 14, 1961. It was later revealed that the FBI knew in advance of the plan to attack the Freedom Riders but did nothing to prevent the attack. Peck sued and, on this day, the FBI was ordered to pay him $25,000 in damages. (see September 1984)

December 9, 1999: a Memphis jury handed down a verdict agreeing with the King family that the 1968 assassination of the civil rights leader was a conspiracy rather than the act of a lone gunman. After four weeks of testimony and one hour of deliberation, the jury in the wrongful-death case found that Loyd Jowers as well as ”others, including governmental agencies” had been part of a conspiracy. The jury awarded the King family the damages they had sought: $100, which the family says it will donate to charity. According to the Los Angeles Times, “The trial relied heavily on second- and third-hand accounts, and the judge and jurors were often seen dozing off during testimony.” John Campbell, an assistant district attorney in Memphis who was part of the criminal trial against James Earl Ray, said: “I’m not surprised by the verdict. This case overlooked so much contradictory evidence that never was presented, what other option did the jury have but to accept Mr. Pepper’s version?” Gerald Posner, an investigative journalist who wrote the book Killing the Dream in which he makes the case that Ray is the killer, said after the verdict: “It distresses me greatly that the legal system was used in such a callous and farcical manner in Memphis. If the King family wanted a rubber stamp of their own view of the facts, they got it.” (see August 29, 2000)

The ACLU did not accept the compromise — because a prayer is still a prayer — and protested the “Regents’ Prayer” on this day.

On June 25, 1962, the US Supreme The Court found the New York Regents’ prayer to be unconstitutional. Justice Hugo Black wrote the opinion for the 6-1 majority: “We think that by using its public school system to encourage recitation of the Regents’ Prayer, the State of New York has adopted a practice wholly inconsistent with the Establishment Clause. There can, of course, be no doubt that New York’s program of daily classroom invocation of God’s blessings…in the Regents’ Prayer is a religious activity” (see April 28, 1952) 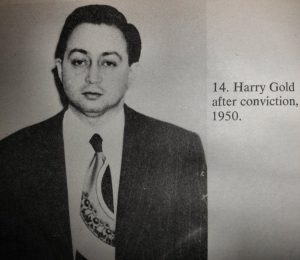 December 9, 1950: Harry Gold–who had confessed to serving as a courier between Klaus Fuchs, a British scientist who stole top-secret information on the atomic bomb, and Soviet agents–was sentenced to 30 years in jail for his crime. Gold’s arrest and confession led to the arrest of David Greenglass, who then implicated his brother-in-law and sister, Julius and Ethel Rosenberg. Gold was paroled in May 1965, after serving just under half of his sentence. He died in 1972 in Philadelphia, age 62. (see Dec 16)

December 9, 1958: in Indianapolis, retired Boston candy manufacturer Robert H.W. Welch, Jr., established the John Birch Society, a right-wing organization dedicated to fighting what it perceived to be the extensive infiltration of communism into American society. Welch named the society in honor of John Birch, considered by many to be the first American casualty in the struggle against communism.

In 1945, Birch, a Baptist missionary and U.S. Army intelligence specialist, was killed by Chinese communists in the northern province of Anhwei. (see January 1, 1959). 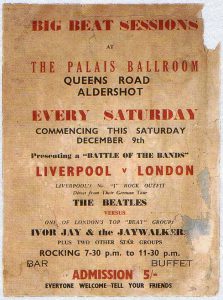 December 9, 1962: George Martin wanted to record their first album live at the Cavern in front of the group’s home audience. He visited the Liverpool club to consider the technicalities. Time constraints forced him to record at the EMI studio. (Beatles, see January 1, 1963; album, see February 11, 1963) 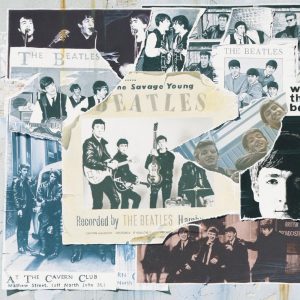 December 9, 1995: The Beatles’ Anthology 1 was the #1 album in the U.S. It was their sixteenth number-one album. It also set a record for the longest time span for a run of number-one albums: 31 years and 10 months between Meet the Beatles and Anthology 1. (see March 4, 1996) 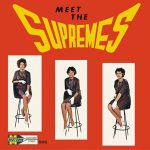 December 9, 1963, The Supremes released their first album, Meet the Supremes. The earliest recordings on this album, done between fall 1960 and fall 1961, feature the Supremes as a quartet composed of teenagers Diane Ross, Mary Wilson, Florence Ballard, and Barbara Martin. Martin left the group in early 1962 to start a family, and the others continued as a trio. Martin is not pictured on the album because of her departure earlier in the year; although her vocals are present on the majority of the recordings on the album (as well as other recordings made during that period), she never received any royalties from album sales. Martin did have a speaking part on the song “He’s Seventeen.”

December 9, 1984: a five-day-old hijacking ended as Iranian security men seized control of the plane, which was parked at Tehran airport.(NYT article) (see March 16, 1985)

December 9, 2013, : Thomas Windell Smith, 24, pleaded guilty to one felony count of conspiracy against rights of citizens. During his plea, Smith admitted that he and co-conspirator Steven Joshua Dinkle agreed to burn a cross together in order to intimidate black residents.(see January 23, 2014)

December 9, 1992: Clair George, former CIA spy chief, was convicted of lying to the U.S. Congress about the Iran-Contra affair.Before George was sentenced, the first President George HW Bush granted a full and unconditional pardon to him. (see Dec 24)

Hembree said the tribe’s constitution protected certain fundamental rights, among them the right to marry.

“The constitution affords these rights to all Cherokee citizens, regardless of sexual orientation and the Cherokee Nation, or any subdivision, must recognize validly issued civil unions, same-sex marriages, and same-sex domestic partnerships from other jurisdictions,” the opinion said. [CNN article] (LGBTQ, see Dec 22; NA, see Dec 29)

December 9, 2015: U.S District Judge David Godbey dismissed a request by Texas shortly after it was filed seeking a restraining order to block the imminent entry into the state of nine Syrian refugees, saying the evidence presented was “largely speculative hearsay.”

This was the second attempt by Texas to seek immediate court help to halt the refugees, with Texas saying the U.S. government had not met its legal obligation to consult with local officials about the resettlement.

“The (Texas) Commission has failed to show by competent evidence that any terrorists actually have infiltrated the refugee program, much less that these particular refugees are terrorists intent on causing harm,” said Godbey.  [Reuters article] (see February 9, 2016)

December 9, 2021: the New York City Council approved a measure that would allow for noncitizens who were legal residents to vote in local elections.

Under the bill, individuals who had lived in the city for at least 30 days and were legal permanent residents in the US — including green card holders, individuals with workers permits and DACA holders — would be allowed to vote in city elections, including mayor, public advocate, borough president and city council.  [CNN article] (next VR, see  January 19, 2022; next IH, see )

December 9, 2019:  the US Supreme Court rejected a challenge to a Kentucky law requiring doctors to describe ultrasound images and play fetal heartbeat sound to abortion seekers.

Kentucky argued the law is “simple and straightforward,” calling it part of an” informed-consent process.” The law, Kentucky said, “does nothing more than require that women who are considering an abortion be provided with information that is truthful, non-misleading and relevant to their decision of whether to have an abortion.”

The court rejected the case without comment or noted dissent by any of the justices.

Challengers, including an abortion clinic, argued that the law forced patients to see the images even if she didn’t want to, and that it violated doctors’ First Amendment rights. [CNN story] (next WH, see Dec 13)

December 9, 2021: the National Labor Relations Board announced that employees at a Buffalo-area Starbucks store voted to form a union, making it the only one of the nearly 9,000 company-owned stores in the United States to be organized and notching an important symbolic victory for labor at a time when workers across the country were expressing frustration with wages and working conditions.

The result represented a major challenge to the labor model at the giant coffee retailer, which had argued that its workers enjoy some of the best wages and benefits in the retail and restaurant industry and don’t need a union. [NYT article] (next LH, see )