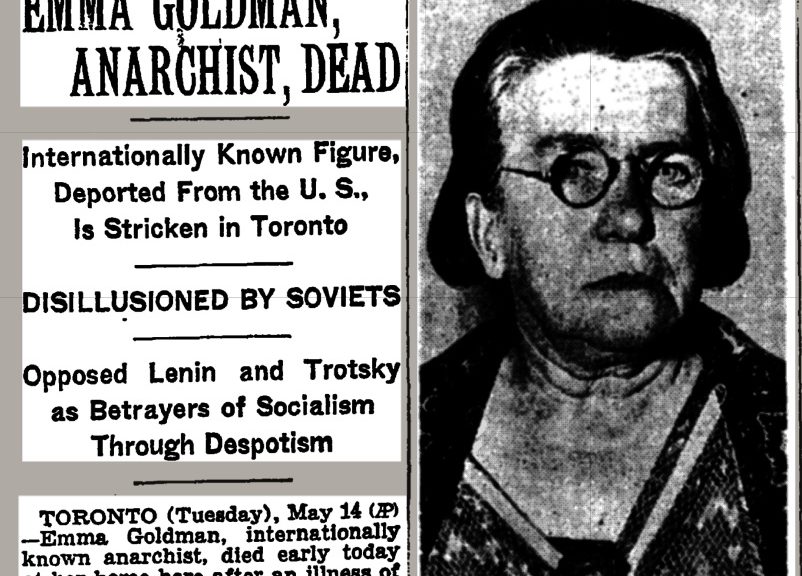 Anarchism in the US/Red Scare

May 14, 1912: Ben Reitman arrived by train in San Diego to support the efforts of the I.W.W. An angry crowd of 2,000 surrounded Goldman’s hotel. Vigilantes seized Reitman and later tarred and “sagebrushed” him. They burned the letters “I.W.W.” into his skin with a cigar. The vigilantes also forced Reitman to kiss the American flag and sing “The Star Spangled Banner.” He later made his way back to San Diego, and then to Los Angeles, where he reunited with Emma Goldman. (Jewish Women’s Archive article)

May 14, 1940: Goldman died at the age of seventy. Tributes and messages of condolence arrive from around the world. Her body is taken to the Labor Lyceum in Toronto. The Rev. Salem Bland delivers a eulogy. (see Goldman for expanded story)

Guide to Subversive Organizations and Publications 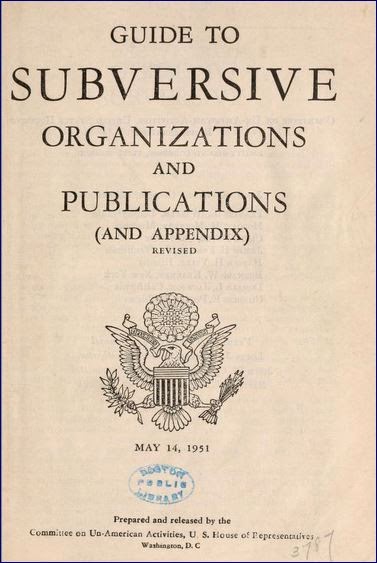 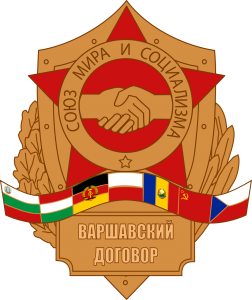 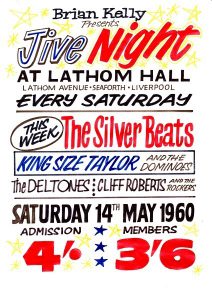 May 14, 1960: the Silver Beats (John Lennon, Paul McCartney, George Harrison, Stu Sutcliffe, and Tommy Moore) performed at Lathom Hall, Seaforth, Liverpool. They played a few songs during the “interval” to audition for promoter Brian Kelly. This is the only occasion on which the group used the name “Silver Beats”, quickly changing it back to “Silver Beetles”. (see May 20)

May 14, 1961: [from a NYT article] Washington Square yesterday afternoon saw the peaceful coexistence of scores of folk singers and hundreds of their fans, swarms of playing children, thousands of Sunday strollers, chess players, sun worshipers and fifty-five policemen. (see Ban for expanded story)

May 14, 1961 (Mother’s Day): the group of Freedom Riders traveling by bus from Washington, D.C. to New Orleans on Greyhound bus #1 were met by a white mob in Anniston, Ala. The mob attacked the bus with baseball bats and iron pipes. They also slashed the tires. When the hobbled bus pulled over, the mob pulled riders off the bus and beat them with pipes. Then they set the bus on fire. The photograph of the Greyhound bus engulfed in flames, the black smoke filling the sky became an unforgettable image of the civil rights movement.

May 14, 1961: Greyhound bus #2 attacked in Birmingham, AL. A riot breaks out at the Trailways Bus Station where KKK mob savagely beats both Freedom Riders and innocent bystanders alike with iron pipes, chains, and clubs. Moments before photographer Tommy Langston was attacked he shot this single photo of Klansmen attacking a Freedom Rider at the Trailways Bus Station in Birmingham, Alabama. The photo helped identify Klansmen involved in the assault.

May 14, 1961: members of a racist mob assaulted civil rights activist and pacifist Jim Peck when he stepped off the bus in Birmingham, Alabama. Peck needed 53 stitches in his head. He was initially denied treatment at Carraway Methodist Medical Center, a white segregated hospital, and was finally treated at Jefferson Hillman Hospital. The FBI, though an undercover informant, had advance knowledge of the planned attacks, but did nothing to stop them. In Birmingham, the attacks were abetted by Police Chief “Bull” Connor. (BH & FR, see May 15; Peck, see December 9, 1983) 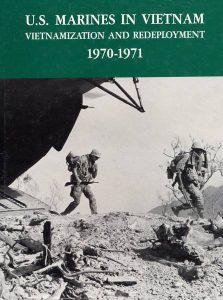 May 14, 1973: decided on this day, was a landmark Supreme Court decision on sex discrimination. Sharron Frontiero was a Lieutenant in the U.S. Air Force who applied for housing benefits for her husband, whom she claimed as a dependent. Under then-existing military policy, wives — but not husbands — were entitled to benefits as dependents. A majority of the Court declared the policy unconstitutional.

Ruth Bader Ginsburg filed an amicus brief for Frontiero for the ACLU. As Co-Founder and Director of the ACLU Women’s Rights Project at the time, Ginsburg was involved in almost all of the early women’s rights cases before the Court. (Oyez article) (see June 21)

May 14, 1981:  Brendan McLaughlin, an Irish Republican Army prisoner in the Maze Prison, joined the hunger strike to replace Francis Hughes [McLaughlin was taken off the strike on 26 May when he suffered a perforated ulcer and internal bleeding.] (2006 Guardian article) (see Troubles for expanded story)

May 14, 2013, Vermont became the fourth state to make it legal for a physician to prescribe lethal medication to a terminally ill, mentally competent patient who wants to end his life. It also became the first state to approve the practice through legislation, instead of via a public referendum (as in Oregon and Washington) or a court decision (in Montana). (see May 23)

May 14, 2001: The Oakland Cannabis Buyers’ Cooperative, organized to distribute marijuana to qualified patients for medical purposes, was sued by the US government to force the Cooperative to cease operations. A district court rejected the Cooperative’s defense that the marijuana was medically necessary, but its rejection was overturned by the Ninth Circuit. On this date, the US Supreme Court ruled 8-0 that “there is no medical necessity exception to the Controlled Substances Act’s prohibitions on manufacturing and distributing marijuana.” (Oyez article)

In 2002: medical cannabis patient Steph Sherer founded Americans for Safe Access as a as a vehicle for patients to advocate for the acceptance of cannabis as medicine.

The  ASA mission is to ensure safe and legal access to cannabis for therapeutic use and research. (see Oct 29)

May 14, 2008: two days after the deadly 2008 Sichuan earthquake (nearly 70,000 people died), the Westboro Baptist Church issued a press release thanking God for the heavy loss of life in China, and praying “for many more earthquakes to kill many more thousands of impudent and ungrateful Chinese” (see March 2, 2011) 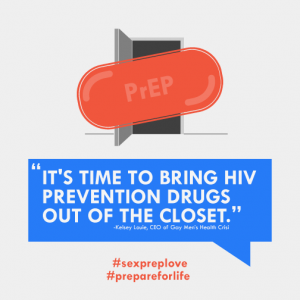 May 14, 2014: Federal health officials recommended that hundreds of thousands of Americans at risk for AIDS take a daily pill that had been shown to prevent infection with the virus that causes it.

If broadly followed, the advice would transform AIDS prevention in the United States — from reliance on condoms, which were effective but unpopular with many men, to a regimen that relied on an antiretroviral drug.

The guidelines told doctors to consider the drug regimen, called PrEP, for pre-exposure prophylaxis, for gay men who have sex without condoms; heterosexuals with high-risk partners such as drug injectors or male bisexuals who have unprotected sex; patients who regularly have sex with anyone they know is infected; and anyone who shares needles or injects drugs. (see December 29, 2017)

May 14, 2018: in Byrd v US, the U.S. Supreme Court limited the ability of police to search rental cars driven by someone other than the person who signed the rental agreement, shoring up privacy rights behind the wheel.

The nine justices unanimously threw out a lower court ruling that had approved of a search by Pennsylvania police of a Ford Fusion driven by Terrence Byrd, whose girlfriend had rented the car. State troopers told Byrd they could search the car because he was not listed as an authorized driver, and they found heroin and a bulletproof vest in the trunk.

Writing for the court, Justice Anthony Kennedy said the “mere fact that a driver in lawful possession or control of a rental car is not listed on the rental agreement will not defeat his or her otherwise reasonable expectation of privacy.” (see May 29)

May 14, 2019: San Francisco banned the use of facial recognition software by the police and other agencies.

The action, which came in an 8-to-1 vote by the Board of Supervisors, mades San Francisco the first major American city to block a tool that many police forces were turning to in the search for both small-time criminal suspects and perpetrators of mass carnage.

Authorities had used the technology to help identify the suspect in the mass shooting at an Annapolis, Md., newspaper in June 2018m   but civil liberty groups had expressed unease about the technology’s potential abuse by government amid fears that it may shove the United States in the direction of an overly oppressive surveillance state. (see Sept 3)

The change in South Carolina’s law came as states nationwide had hit barriers executing those on death row due to problems administering lethal injections, the widely preferred method in the US. Difficulties finding the required drugs had essentially paused executions in many states, including South Carolina, which had not had an execution since 2011.  [NPR article] (next C & P, see June 14)

May 14, 2022: Payton Gendron, 18 killed 10 people in a racially motivated mass shooting at a TOPS supermarket in Buffalo. He dressed in tactical gear and live streamed the attack. [CNN article] (next T, see )