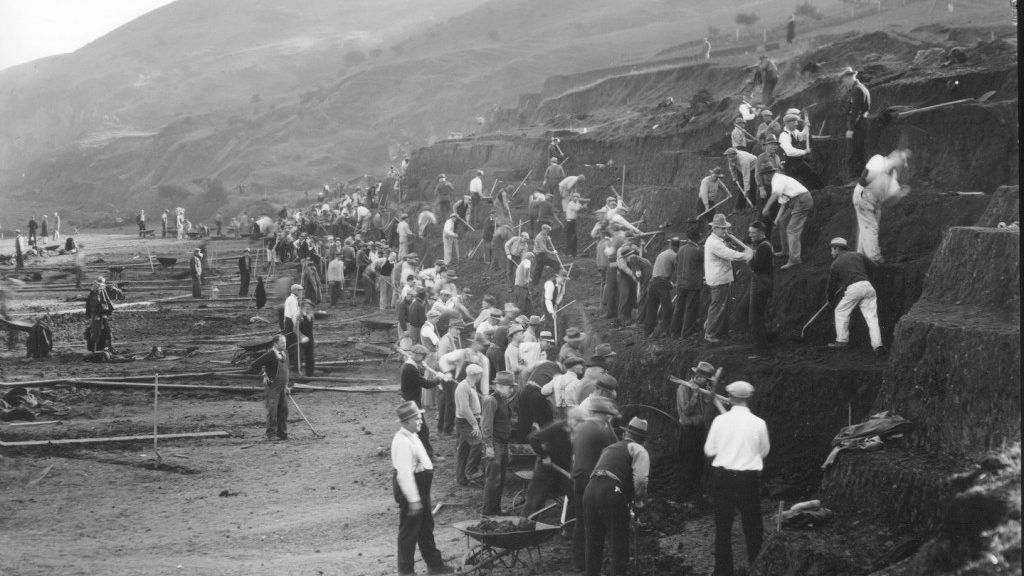 May 6, 1882: President Chester A. Arthur signed the Chinese Exclusion Act, barring Chinese laborers from entering the US for 10 years and prohibiting courts from granting US citizenship to Chinese. (see July 18, 1884)

Connecticut Senator Joseph Hawley spoke out against the Act in these words: Let the proposed statue be read 100 years hence, dug out of the dust of ages and forgotten as it will be except for a line of sneer by some historian, and ask the young man not well read in the history of this country what was the reason for excluding these men and he would not be able to find it in the law. (text from Our Documents dot gov)(see Aug 3)

May 6, 1917: about 200 people watched a private showing of birth control advocate Margaret Sanger’s film, Birth Control. They were the only people ever to see the film. It was scheduled to open in the Park Theater the following night, but New York officials banned it as obscene and it was never shown publicly. No copy of the film is known to exist today.

The film depicted episodes drawn from Sanger’s own career as a nurse. In one, an impoverished woman begged her doctor for information about birth control, but he declined saying, truthfully, that it would be illegal. She begged nurse Sanger for information. Apparently, she did not receive the information and later, unable to prevent another pregnancy, died during the birth of child. Such personal experiences inspired Sanger to launch her birth control crusade.  (see BC for expanded story) 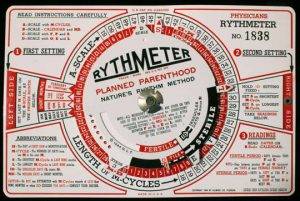 In the 1920s, scientists working independently in Japan (1924) and Austria (1927) devise the “Rhythm Method” of birth control. After figuring out that women are fertile approximately midway through the average menstrual cycle, they conclude that pregnancy can be avoided by abstaining from sex during that fertile period. (see November 1, 1921) 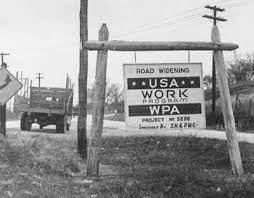 May 6, 1933: President Franklin D. Roosevelt signed an executive order creating the Works Progress Administration (WPA). The WPA was the largest and most ambitious New Deal agency, employing millions of unemployed people (mostly unskilled men) to carry out public works projects, including the construction of public buildings and roads. (see April 12, 1934) 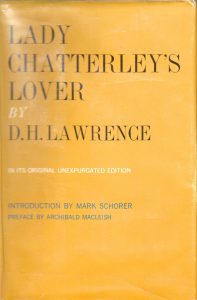 May 6, 1959: the New York Post office impounded 24 packages from Grove Press containing 164 copies of [unexpurgated] editions of Lady Chatterley’s Lover. A hearing is held on May 28th to determine the mailability of the books. The judge declined to rule the book obscene and referred the decision to the Post Master General (P.O.D. Docket No. M-18). On June 11th, the Postmaster banned Lady Chaterley’s Lover from the mails. Barney Rosset immediately sued in the Federal District Court asking that the ruling of the Postmaster be laid aside. (see June 21)

May 6, 1960: Pres Eisenhower signed the Civil Rights Act of 1960 into law establishing federal inspection of local voter registration polls and introduced penalties for anyone who obstructed someone’s attempt to register to vote or actually vote. It served to eliminate certain loopholes left by the Civil Rights Act of 1957. (Black Perspectives article) (BH, see May 19; VR, see Nov 14)

May 6, 1964: Whitmore indicted in New York County for the Wylie-Hoffert crime. (BH, see May 25; see Whitmore for expanded story)

May 6, 1965: during his final arguments at the Viola Liuzzo trial the defendants’ lawyer, Matt Murphy made blatantly racist comments, including calling Liuzzo a “white nigger,” in order to sway the jury. The tactic was successful enough to result in a mistrial the following day (10-2 in favor of conviction) (see Liuzzo for expanded story)

May 6, 1967: four hundred students seized administration building at Cheyney State College. The demonstration was set off by student demands fro “better curriculum, a better faculty, and a better system of finances.” (see May 11) 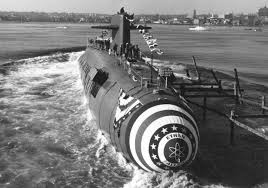 May 6, 1962: the first U.S. nuclear warhead fired from a Polaris submarine was launched. The submerged USS Ethan Allen (SSBN-608) test-fired a Polaris A-2 missile with a live nuclear warhead across the Pacific Ocean toward Christmas Island, 1,700 miles (2,700 km) away. The test, code-named Frigate Bird, was the only one the U.S. ever conducted of any nuclear ballistic missile from launch through detonation. After a 12.5-minute, 1,200-mile flight, the warhead exploded in the air between 10,000 and 15,000-ft (3,000 and 4,600-m) high with a yield of 600 kilotons. (Nuclear Weapon Archive dot org article) (see June 27)

May 6, 1963: President Ngô Đình Diệm issued a proclamation banning the flying of all religious flags throughtout the country. He said he found their use “disorderly,” but his actual aim was to keep the flags from becoming symbols of resistance to his regime. (V & SVL, see May 8; flags see June 16) 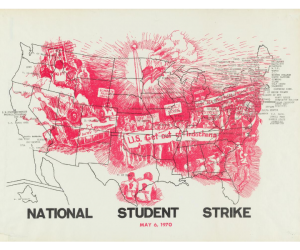 May 6, 1970: hundreds of colleges and universities across the nation shut down as thousands of students join a nationwide campus protest. Governor Ronald Reagan closed down the entire California university and college system until May 11, which affected more than 280,000 students on 28 campuses. Elsewhere, faculty and administrators joined students in active dissent and 536 campuses were shut down completely, 51 for the rest of the academic year. A National Student Association spokesman reported students from more than 300 campuses were boycotting classes. The protests were a reaction to the shooting of four students at Kent State University by National Guardsmen during a campus demonstration about President Nixon’s decision to send U.S. and South Vietnamese troops into Cambodia.

Vice-President Spiro Agnew stated, “We have listened to these elitists laugh at honesty and thrift and hard work and prudence and logic and respect and self –denial. Why then are we surprised to discover we have traitors and thieves and perverts and irrational and illogical people in our midst?” (Vietnam & Cambodian Invasion, see May 8; Free Speech see May 10)

May 6, 1981: a jury of international architects and sculptors unanimously selected Maya Ying Lin‘s entry for the design of the Vietnam Veterans Memorial. (see January 24, 1982)

May 6 1963 : because Timothy Leary, lecturer on clinical psychology, had failed to keep his classroom appointments and had absented himself from Cambridge without permission, the Harvard Corporation voted  to relieve him from further teaching duty and to terminate his salary retroactively to April 30, 1963. (see May 28)

In mid-May, 1969: Roberts, Rosenman, Kornfeld, and Lang visited the Woodstock Ventures offices. Roberts and Rosenman had never seen such a layout. Kornfeld and Lang were happy with its laid back set-up. (see Woodstock for expanded chronology)

May 6, 1992: in an event steeped in symbolism, former Soviet leader Mikhail Gorbachev reviewed the Cold War in a speech at Westminster College in Fulton, Missouri—the site of  Winston Churchill’s “Iron Curtain” speech 46 years before. Gorbachev mixed praise for the end of the Cold War with some pointed criticisms of U.S. policy. (National Churchill Museum article) (see April 28, 1994)

May 6, 2009:  Gov. John Baldacci of Maine legalized same-sex marriage; however, citizens voted to overturn that law when they went to the polls in November. (NYT article) (see May 26)

May 6, 2016: an Alabama judicial oversight body filed a formal complaint against Roy S. Moore, the chief justice of the state’s Supreme Court, charging that he had “flagrantly disregarded and abused his authority” in ordering the state’s probate judges to refuse applications for marriage licenses by same-sex couples.

As a result of the charges, Chief Justice Moore, 69, was immediately suspended from the bench and faced a potential hearing before the state’s Court of the Judiciary, a panel of judges, lawyers and other appointees. Among possible outcomes at such a hearing would be his removal from office. (NYT article) (LGBTQ, see May 12; Moore, see June 7)

May 6, 2013:  the Vatican revealed that over the past decade, it had defrocked 848 priests who raped or molested children and sanctioned another 2,572 with lesser penalties, providing the first ever breakdown of how it handled the more than 3,400 cases of abuse reported to the Holy See since 2004.

The Vatican’s U.N. ambassador in Geneva, Archbishop Silvano Tomasi, released the figures during a second day of grilling by a U.N. committee monitoring implementation of the U.N. treaty against torture.

Tomasi insisted that the Holy See was only obliged to abide by the torture treaty inside the tiny Vatican City State, which has a population of only a few hundred people.

But significantly, he didn’t dispute the committee’s contention that sexual violence against children can be considered torture. Legal experts have said that classifying sexual abuse as torture could expose the Catholic Church to a new wave of lawsuits since torture cases in much of the world don’t carry statutes of limitations. (Guardian article) (see Sept 23)