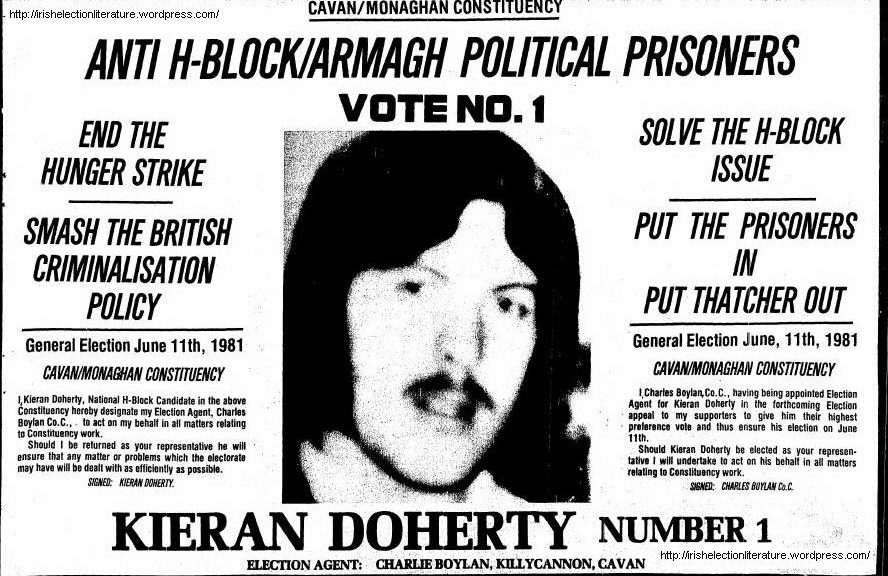 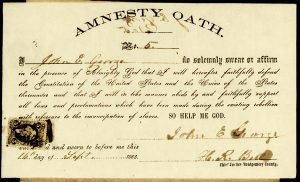 May 22, 1872: President Ulysses Grant signed the Amnesty Act of 1872. It ended voting restrictions and office-holding disqualifications against most of the Confederate troops and secessionists who rebelled against the Union in the Civil War. The act conferred these rights to over 150,000 former Confederate troops with the exception of some 500 military leaders of the Confederacy. [Gilder Institute article] (see Dec 8)

May 22, 1965: The New York State Association of Trial Lawyers and the Northern New York Conference of the Methodist Church urged Governor Rockefeller to sign a bill that would virtually abolish capital punishment in the state. (see Whitmore for expanded story)

May 22, 2018: Georgia Democrats selected the first black woman to be a major party nominee for governor in the United States, choosing Stacey Abrams, a liberal former State House leader

Abrams also became Georgia’s first black nominee for governor. The region that had not had an African-American governor since Reconstruction. (BH, see May 24; Feminism, see June 5)

May 22, 2019: researchers confirmed that the remains of the Clotilda, the last known slave ship to arrive in the United States, had been found along the Mobile River, near 12 Mile Island and just north of the Mobile Bay delta.

The authentication and confirmation of the Clotilda was led by the Alabama Historical Commission and SEARCH Inc., a group of maritime archaeologists and divers who specialize in historic shipwrecks. [Smithsonian article] (next BH, see June 12)

On April 26, 1908 Emma Goldman had lectured on patriotism at Walton’s Pavilion in San Francisco. A United States soldier (private first-class), William Buwalda, attended the lecture in uniform and was witnessed shaking her hand. Within two weeks, he was court-martialed in violation of the 62nd Article of War, and found guilty by a military court, dishonorably discharged and sentenced to five years at hard labor on Alcatraz Island, San Francisco, California. On  May 22 his sentence was commuted to three years’ hard labor, in deference to his 15 years of excellent military service and the assumption of a temporary lapse in judgment under the sway of an “anarchist orator.”  [Tenement dot org article] (see Dec 31) 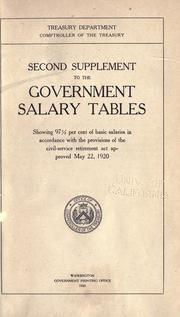 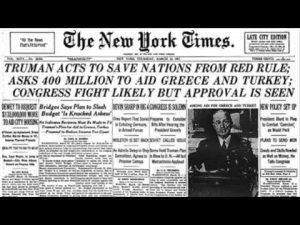 May 22, 1947: Congress enacted the Truman Doctrine when it appropriated military and economic aid for Greece and Turkey. [US Office of the Historian article] (see May 29)

May 22, 1962: Hendrix received a mental hygiene consultation. Lieutenant Lanford H DeGeneres reported: “There are no disqualifying mental defects sufficient to warrant disposition through medical channels…. The individual…has the mental capacity to understand and participate in the board proceedings.” (see Hendrix for expanded military chronology)

May 22, 1964: in a speech before the American Law Institute in Washington, D.C., Secretary of State Dean Rusk explicitly accused North Vietnam of initiating and directing the aggression in South Vietnam. U.S. withdrawal, said Rusk, “would mean not only grievous losses to the free world in Southeast and Southern Asia but a drastic loss of confidence in the will and capacity of the free world.” He concluded: “There is a simple prescription for peace–leave your neighbors alone.” (see May 24)

May 22, 1978:  the US Court of Appeals for the 7th Circuit affirms Judge Decker’s February 23, 1978 ruling that the three ordinances adopted by the Skokie Village Board aimed at preventing Frank Collin and his Nationalist Socialist party sympathizers from marching in Skokie are unconstitutional as violative of the 1st Amendment to the U.S. Constitution. [Chicago Tribune article] (see May 25)

May 22, 1979: approximately 10,000 people gathered on San Francisco’s Castro and Market streets for a peaceful demonstration to commemorate what would have been Harvey Milk‘s 49th birthday. (see July 12)

May 22, 2008: Maryland Governor Martin O’Malley signed into law a domestic partnership bill allowing same-sex couples in Maryland some – but not all – of the benefits that marriage afforded. The law took effect on July 1, 2008. (see June 17)

May 22, 2013: Ireland became the first-ever country to approve same-sex marriage by referendum, voting overwhelmingly to approve it despite opposition from clergy in the heavily Catholic nation. Reuters said in the vote “more than 60 percent of eligible voters cast their ballot, the highest turnout at a referendum there in over two decades.” [Guardian article] (see June 5) 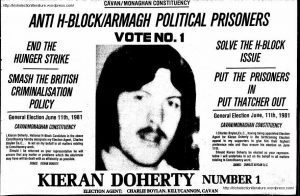 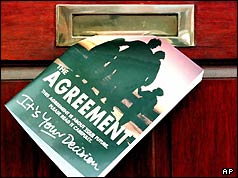 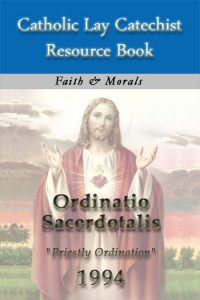 May 22, 1998: federal Judge Norma Holloway Johnson ruled that the Secret Service must testify before the grand jury in the Monica Lewinsky controversy. (see Clinton for expanded story)

May 22, 2017: in Cooper v. Harris the Supreme Court struck down 5 – 3 two North Carolina congressional districts, ruling that lawmakers had violated the Constitution by relying too heavily on race in drawing them. The court rejected arguments from state lawmakers that their purpose in drawing the maps was not race discrimination but partisan advantage. Election law experts said the ruling would make it easier to challenge voting districts based partly on partisan affiliations and partly on race. [Oyez article] (see June 5)

May 22, 2020: Evofem Biosciences, Inc. announced that the U.S. Food and Drug Administration had approved Phexxi™ (lactic acid, citric acid and potassium bitartrate) vaginal gel for the prevention of pregnancy in females of reproductive potential for use as an on-demand method of contraception.

Phexxi was the first non-hormonal, on-demand, vaginal pH regulator contraceptive designed to maintain vaginal pH within the normal range of 3.5 to 4.5 – an acidic environment that is inhospitable to sperm. [2021 NYT article on Evofem CEO Saundra Pelletier](next WH, see June 29)

May 22, 2021: the Biden administration extended special protections to Haitians living temporarily in the United States after being displaced by a devastating 2010 earthquake, reversing efforts by the previous administration to force them to leave the country.

The decision, announced by the secretary of the Department of Homeland Security, Alejandro N. Mayorkas, makes good on President Biden’s campaign promise to restore a program that shields thousands of Haitian migrants from the threat of deportation under the restrictive policies put in place under President Donald J. Trump.

Mayorkas said the new 18-month designation, known as temporary protected status, would apply to Haitians already living in the United States as of May 21. [NYT article} (next IH, see May 24). 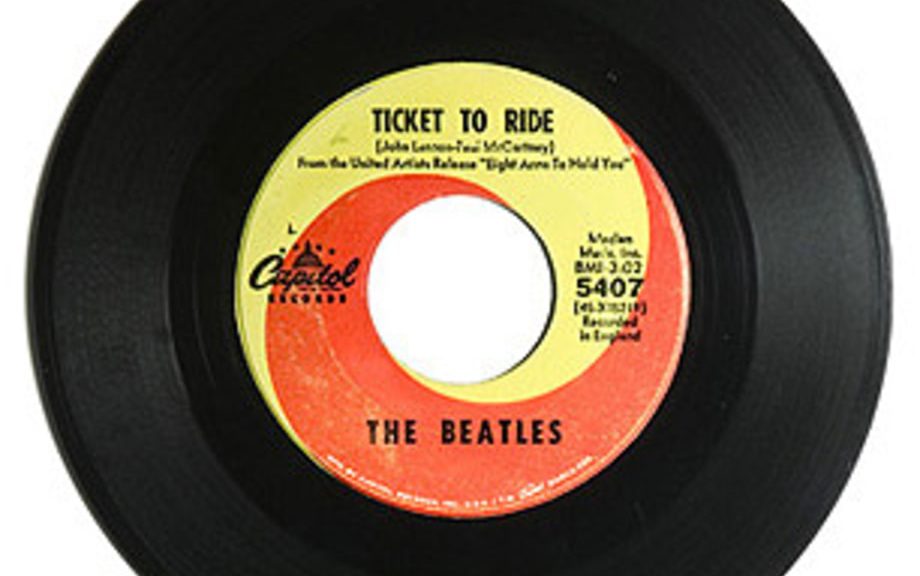 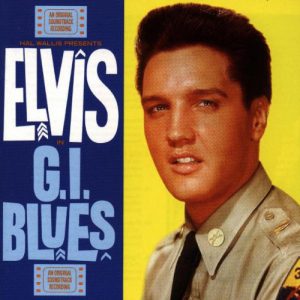 From The Beatles Bible: “Ticket To Ride was the first song to be released from Help!, The Beatles’ fifth album. The group’s performance of the song, filmed on the ski slopes in Austria, was one of the highlights of the Help! film. (see June 14)