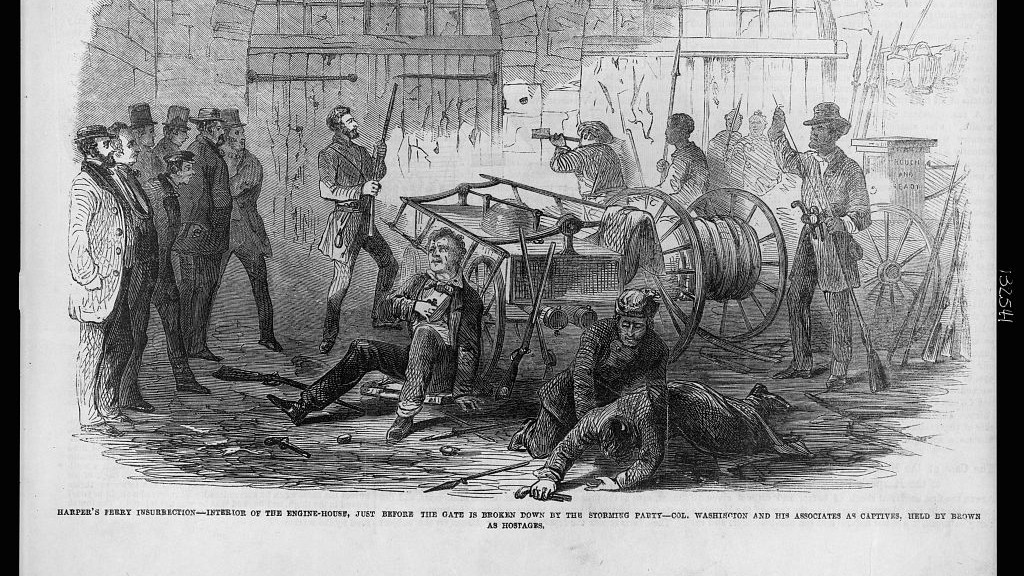 October 1692: Governor William Phipps of Massachusetts ordered the Court of Oyer and Terminer dissolved and replaced with the Superior Court of Judicature, which forbade the type of sensational testimony allowed in the earlier trials. Executions ceased, and the Superior Court eventually released all those awaiting trial and pardoned those sentenced to death. The Salem witch trials, which resulted in the executions of 19 innocent women and men, had effectively ended. (DP, see April 30, 1790)

“Of Husband and Wife”

1776 – 1830: state laws rather than federal law governed women’s rights in the early Republic and most of those laws were based on Sir William Blackstone’s 1769  “Of Husband and Wife” in his Commentaries on the Laws of England.  In “Of Husband and Wife” he explained the legal concept of Coverture, whereby, upon marriage, a woman’s legal rights were subsumed by those of her husband. He explained:

By marriage, the husband and wife are one person in law: that is, the very being or legal existence of the woman is suspended during the marriage, or at least is incorporated and consolidated into that of the husband: under whose wing, protection, and cover, she performs every thing; and is therefore called in our law-French a feme-covert; is said to be covert-baron, or under the protection and influence of her husband, her baron, or lord; and her condition during her marriage is called her coverture. Upon this principle, of a union of person in husband and wife, depend almost all the legal rights, duties, and disabilities, that either of them acquire by the marriage. I speak not at present of the rights of property, but of such as are merely personal. For this reason, a man cannot grant any thing to his wife, or enter into covenant with her: for the grant would be to suppose her separate existence; and to covenant with her, would be only to covenant with himself: and therefore it is also generally true, that all compacts made between husband and wife, when single, are voided by the intermarriage. (see May 20, 1782) October 16, 1916: birth control pioneer Margaret Sanger opened the first birth control clinic in the U.S. on this day in the Brownsville neighborhood of Brooklyn, New York. She opened it with her sister, Ethel Byrne, who was a registered nurse. More than 100 women and about 20 men were lined up outside the two-room office on Amboy Street when Sanger opened the door. The clinic served 448 people that first day.  (see Oct 26) October 16 – 17, 1859: with a group of slaves and white abolitionists, John Brown led an capture a federal armory and arsenal in Harper’s Ferry,VA . A local militia under the leadership of Robert E Lee put down the insurrection. The raid hastened the advent of the Civil War, which started two years later. [Smithsonian article] (see Oct 25 – Nov 2)

October 16, 1901: President Theodore Roosevelt invited Booker T. Washington, founder of the Tuskegee Institute and the most prominent African American of his time, to a meeting in the White House. When the meeting went long, the President asked Washington to stay for dinner, the first African American to do so. The President’s act drew harsh criticism from some Southerners.  [NPR article] (next BH, see Oct 31) October 16, 1968: African American sprinters Tommie Smith and John Carlos placed first and third in the 200-meter dash at the Olympic Games in Mexico City, Mexico. As the national anthem played during the medal ceremony, rather than hold their hands over their hearts and face the American flag, the two men bowed their heads and raised black gloved fists in a silent protest against racial discrimination in the United States. Both men wore black socks with no shoes and Smith also wore a black scarf around his neck. At a press conference following the demonstration, Smith explained he had raised his right fist to represent black power in America, while Carlos had raised his left fist to represent black unity. Smith said the black scarf represented black pride and the black socks without shoes were intended to signify black poverty in America.

The demonstration was supported by Australian silver medalist Peter Norman, who wore a patch representing the Olympic Project for Human Rights, an organization established in 1967 that had urged athletes to boycott the Olympics to protest racial segregation in the United States, South Africa, and in sports generally. Two days after their gesture of protest, Smith and Carlos were expelled from the Olympic Village for allegedly violating the principles of the Olympic spirit.

Despite their medal-winning performances, the two athletes faced intense criticism and received death threats upon returning home. At the time, their protest was largely perceived as a show of disrespect directed toward the American flag and national anthem, though supporters praised their bravery. Gradually, the symbolic importance of their protest came to be more widely recognized. Today, the image of the two men with fists and heads bowed is one of the most enduring symbols of the American civil rights struggle. [PBS article] (next BH, see Oct 18; Smith and Carlos, see November 1, 2019)

October 16, 1995: The Million Man March was held in Washington, D.C. The event was conceived by Nation of Islam leader Louis Farrakhan. [Black Past article] (see January 8, 1996) October 16, 1918: the 1918 Immigration Act, passed in the middle of anti-radical hysteria during World War I, amended the restrictive 1903 Immigration Act (passed on March 3, 1903) to expand the definition of, and restrictions on, anarchists. The new law barred the entry into the U.S., and allowed the deportation of, anarchists, who were defined as anyone teaching opposition to organized government, teaching the violent overthrow of government, or were members of organizations that advocated those ideas. It also repealed the provision in the 1903 law that had exempted from deportation immigrants who had lived in the U.S. for five years or longer.

In the years ahead, additional restrictive immigration laws were passed. The 1924 Immigration Act, passed on May 26, 1924, imposed a national origins quota system that discriminated against people from Southern and Eastern Europe seeking to come to the U.S. The 1952 McCarran-Walter Act, effective June 27, 1952, was a Cold War measure that excluded alleged “subversives” from the U.S. and allowed the government to deport alleged “subversive” immigrants already in the U.S.  The 1965 Immigration Act, which President Lyndon Johnson signed into law on October 3, 1965, abolished the 1924 national origins quota system in favor of a non-discriminatory policy. (Anarchism, see Nov 11; Immigration, see May 19, 1921) October 16, 1965:  from Professor Poster Facebook page: … back in 1965…this rare “Poster From The Past” handbill advertised the very FIRST event promoted by the Family Dog at The Longshoreman’s Hall in San Francisco. Ellen Harmon, one of the four original partners in the Family Dog collective, was an avid reader of Marvel comic books and she helped dedicate the first dance to “Dr. Strange,” Master of the Mystic Arts. The comic book theme continued through the next two dances, known as “A Tribute to Sparkle Plenty” and “A Tribute to Ming the Merciless,” both 1940s comic book characters. Alton Kelley, also an original Family Dog founder/partner, created the artwork for all three handbills and went on to do numerous others which are documented in the MANY poster that we love so much.

Jefferson Airplane teamed up with first-time promoters, the Family Dog (Chet Helms, who would join later). They decided that the Longshoreman’s Hall was a venue large enough to be filled with dancing bodies. Along with the Charlatans, the Marbles, and Great Society, Jefferson Airplane played the very first Family Dog concert. In the crowd, people dressed up in costumes happily danced along to the music. From this initial Family Dog concert, the San Francisco music scene would change forever. This handbill, measuring 8 1/2″ x 11″ is an extremely rare flyer printed on thin yellow/white paper. Because it comes from the earliest Family Dog show, it has become extremely sought after and VERY expensive!. This is a VERY SPECIAL and historic handbill that marks the very Beginning of what became a real movement here.  (see Nov 6)

October 16, 1966: United Artists announced that the film was to be re-titled All In Good Time, and that Lennon and McCartney would be writing the soundtrack together. It was eventually released as The Family Way and Lennon had no involvement in the music. (see Nov 7) October 16, 1968: release of the Jimi Hendrix Experience’s ‘Electric Ladyland‘ album. It was also made available as two albums with changed artwork after complaints about the naked women who were pictured on the inner sleeve. The female models were paid for the photo shoot and double if they posed completely naked. Hendrix was displeased with both. He had wanted one of the band and himself in NYC’s Central Park on an Alice in Wonderland statue. (see Nov 16 – 29)

October 16, 2006: CBGB, the legendary New York punk club credited with discovering Patti Smith and Ramones, closed after a final gig by Smith herself. Blondie and Talking Heads also found fame after performing at the club, which helped launch US punk music. The venue first opened in December 1973, its full name CBGB OMFUG standing for “country, bluegrass, blues and other music for uplifting gormandizers”.

October 16, 1987: an Iranian Silkworm missile launched from the Iranian occupied Al-Faw Peninsula strikes the ship Sea Isle City. The missile struck the wheel house and crew quarters of the ship which was not carrying oil at the. A total of 18 crew members were wounded. (see Oct 19)

October 16, 1998:  David Trimble and John Hume were named recipients of the Nobel Peace Prize for brokering the Northern Ireland peace accord. (see Troubles for expanded story)

October 16, 2017: President Trump reiterated that he wanted the National Football League to suspend players if they knelt during the pregame renditions of “The Star-Spangled Banner,” saying the players were disrespecting the country. [Daily Mail article] (FS, Labor, & CK, see Oct 17)

October 16, 2018: North and South Korea and the U.S.-led United Nations Command met to discuss efforts to disarm a military zone the two countries control within their shared border under their peace agreement..

October 16, 2019: the UAW said that  General Motors and union leaders reached a tentative deal on a new labor contract that would end the United Auto Workers’ month-long strike against the automaker.

Details of the proposed four-year deal were not disclosed. However, the union’s members with GM are expected to receive raises of 3% to 4% or lump-sum bonuses each year as part of the accord. The deal also will include the addition or retention of 9,000 hourly U.S. jobs and a “clear path” for temporary workers with three or more years to become full-time employees, according to two people briefed on the pact. [CNBC article] (next LH, see Oct 17; GM, see Oct 25)