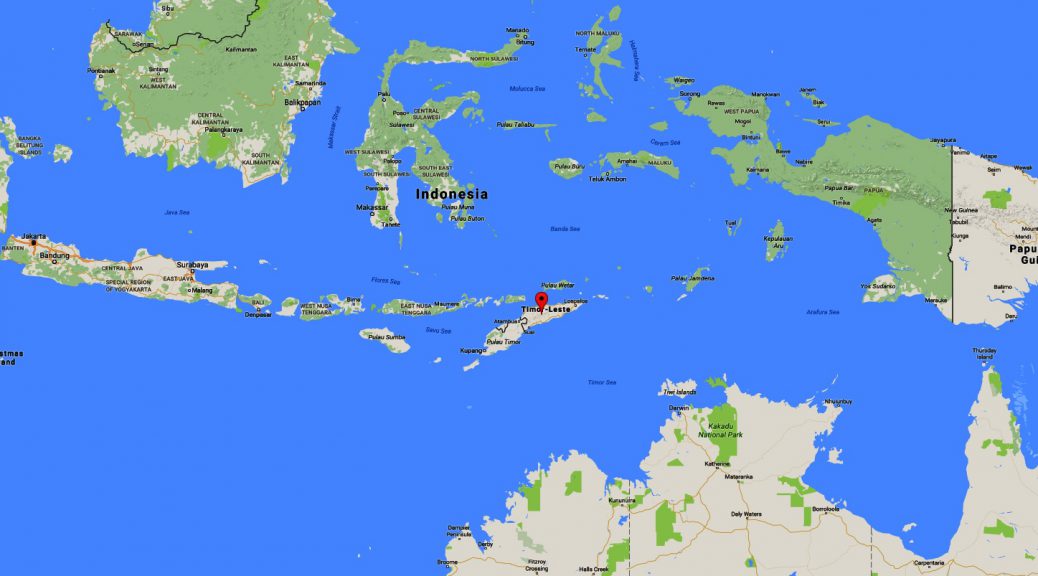 May 20, 1782: women were not allowed to enlist in the army as a Continental soldier, but Deborah Sampson, five feet seven inches in height, disguised herself as a man and successfully enlisted in the army under the name of her deceased brother, Robert Shurtlieff Sampson. (see Sampson for expanded story)

May 20, 1873: San Francisco businessman Levi Strauss and Reno, Nevada, tailor Jacob Davis were given a patent to create work pants reinforced with metal rivets, marking the birth of one of the world’s most famous garments: blue jeans. [Levi Strauss site timeline] (see November 18, 1883) 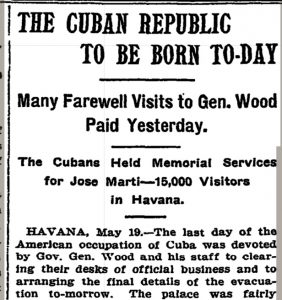 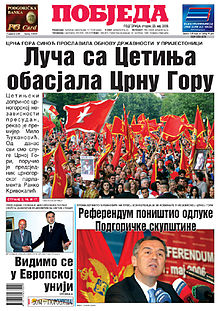 May 20, 1913: Goldman and Ben Reitman returned to San Diego a year after Reitman’s abduction (see May 14, 1912). Goldman was scheduled to lecture on “Ibsen’s Play, An Enemy of the People.” Upon their arrival, they were taken to a police station under police protection, surrounded by a mob. Police later escorted  and placed them aboard the afternoon train to Los Angeles “for their own safety.” (see Goldman for expanded story) 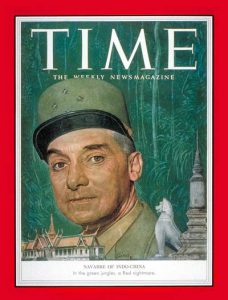 May 20, 1953: Gen. Henri Navarre assumed command of French Union Forces in Vietnam and stated “Now we can see [success in Vietnam] clearly, like light at the end of a tunnel” The Vietnamese will defeat the French a year. (see July 27)

May 20, 1967: Flower Power Day in NYC. Abbie Hoffman organized the Flower Brigade as an official contingent of a New York City parade honoring the soldiers in Vietnam. News coverage captured Flower Brigade participants, who carried flowers, flags and pink posters imprinted with LOVE, being attacked and beaten by bystanders. In response to the violence, Hoffman wrote in WIN magazine, “Plans are being made to mine the East River with daffodils. Dandelion chains are being wrapped around induction centers…. The cry of ‘Flower Power’ echoes through the land. We shall not wilt (see June Peace…)

May 20, 1969: US Maj. Gen. Melvin Zais, commanding general of the 101st, sent in two additional U.S. airborne battalions and a South Vietnamese battalion as reinforcements. The communist stronghold was finally captured in the 11th attack, when the American and South Vietnamese soldiers fought their way to the summit of the mountain. In the face of the four-battalion attack, the North Vietnamese retreated to sanctuary areas in Laos.

During the intense fighting, 597 North Vietnamese were reported killed and U.S. casualties were 56 killed and 420 wounded. Due to the bitter fighting and the high loss of life, the battle for Ap Bia Mountain received widespread unfavorable publicity in the United States and was dubbed “Hamburger Hill” in the U.S. media, a name evidently derived from the fact that the battle turned into a “meat grinder.” The purpose of the operation was not to hold territory but rather to keep the North Vietnamese off balance. [Guardian article] (see May 29)

May 20, 1956: the first hydrogen fusion bomb (H-bomb) to be dropped from an airplane exploded over Namu Atoll at the northwest edge of the Bikini Atoll. The fireball was four miles in diameter. It was designated as “Cherokee,” as part of “Operation Redwing.”. (see Oct 23)

May 20, 1960: the Silver Beetles (John Lennon, Paul McCartney, George Harrison, Stu Sutcliffe, and Tommy Moore) played the first night of a short tour of Scotland backing singer Johnny Gentle, at Alloa Town Hall in Clackmannanshire.They were never billed as The Silver Beetles on the tour; all posters gave the billing as “Johnny Gentle and his group”. Paul McCartney later wrote:

“Now we were truly professional, we could do something we had been toying with for a long time, which was to change our names to real showbiz names. I became Paul Ramon, which I thought was suitably exotic. I remember the Scottish girls saying, ‘Is that his real name? That’s great.’ It’s French, Ramon. Ra-mon, that’s how you pronounce it. Stuart became Stuart de Staël after the painter. George became Carl Harrison after Carl Perkins (our big idol, who had written ‘Blue Suede Shoes’). John was Long John. People have since said, ‘Ah, John didn’t change his name, that was very suave.’ Let me tell you: he was Long John. There was none of that ‘he didn’t change his name’: we all changed our names.

So here we were, suddenly with the first of Larry’s untempestuous acts and a tour of Scotland, when I should have been doing my GCE exams. A lot of my parents’ hopes were going up the spout because I was off with these naughty boys who weren’t doing GCEs at all.” (see June 11)

May 20, 1967: advanced copies of Sgt Pepper’s are sent to the B.B.C. radio service. It decides to ban “A Day In the Life” from broadcast because it contained drug inducement themes in the song. The song’s style was influenced by Karlheinz Stockhausen’s Gesang der Jünglinge (see June 1)

May 20, 1969: Michael Lang found separate office space at 513-A Avenue of the Americas in NYC so he can be away from the other organizers. (see Road for expanded story)

May 20, 1956:  a group of Black residents attempted to gain access to the beach, only to be forced out by an angry gathering of 70 white people demanding they leave. Over the next several days, white citizens began stockpiling weapons from stores in Fort Lauderdale and West Palm Beach, anticipating the return of Black beachgoers and preparing to respond with lethal violence.  [EJI article] (next BH and Delray Beach, see May 23)

May 20, 1961: The Freedom Riders arrived in Montgomery, AL where a police escort abandoned them to an angry mob. Freedom Rider Jim Zwerg and Federal official John Seigenthaler were badly injured in an ensuing brawl. (see May 21)

May 20, 1974: The Court of Appeals of Washington denied the case of Seattle residents John Singer and Paul Barwick, who challenged the denial of the freedom to marry to same-sex couples. . (see March 26, 1975)

May 20, 1996: in the case of Romer v. Evans, the US Supreme Court ruled that Colorado’s 2nd amendment, denying gays and lesbians protections against discrimination, was unconstitutional, calling them “special rights.” According to Justice Anthony Kennedy, “We find nothing special in the protections Amendment 2 withholds. These protections . . . constitute ordinary civil life in a free society.” [Oyez article] (see September 21, 1996)

May 20, 2014: continuing a rush of rulings that had struck down marriage limits across the country, Judge John E. Jones III of Federal District Court in Pennsylvania declared the state’s ban on same-sex marriage to be unconstitutional.

“We are a better people than what these laws represent, and it is time to discard them into the ash heap of history,” wrote Judge John E. Jones III of Federal District Court in a decision posted on Tuesday afternoon.

Jones did not issue a stay, writing, “By virtue of this ruling, same-sex couples who seek to marry in Pennsylvania may do so, and already married same-sex couples will be recognized as such in the Commonwealth.”

Pennsylvania was the last of the Northeast states with a ban on same-sex marriage.

The move means those young men from 18 to 20 years old currently participating as youth members in Scouting will have to meet adult membership standards, likely by next spring, BSA spokesman Deron Smith said in an email. Those standards include barring “open or avowed” gay adults from joining and have been at the center of a controversy that has roiled one of America’s most popular youth organizations for years. (LGBTQ, see June 4; BSA, see January 21, 2015)

May 20, 2009: Ireland. the Commission to Inquire into Child Abuse released a 2000-page report recording claims from hundreds of Irish residents that they were physically, sexually, or emotionally abused as children between the 1930s and the 1990s in a network of state-administered and church-run residential schools meant to care for the poor, the vulnerable, and the unwanted. The alleged abuse was by nuns, priests and non-clerical staff and helpers. (see March 20, 2012)

May 20, 2012: Mayor Michael Bloomberg defended stop and frisk practices and said the NYPD will continue the practice that had faced increasing scrutiny. (see June 4, 2012)

May 20, 2015: with a vote of 32 – 15, the Nebraska legislature passed a bill to repeal the state’s death penalty and replace it with life without parole. The measure faced a promised veto from Gov. Pete Ricketts. State Sen. Ernie Chambers, the bill’s sponsor and a member of the New Alliance Party, said he was confident supporters could muster the 30 votes necessary to override a veto. (DP, see May 26; Nebraska, see May 27)

May 20, 2016: Oklahoma‘s Republican Governor Mary Fallin vetoed a bill that called for prison terms of up the three years for doctors who performed abortions, saying the legislation “would not withstand a criminal constitutional legal challenge.”

The bill, which was approved a day earlier in the Republican-dominated legislature, would have made performing an abortion a felony and also called for revoking the licenses of any doctor who conducted one. The bill allowed an exemption for an abortion necessary to save the life of the mother.

“The bill is so ambiguous and so vague that doctors cannot be certain what medical circumstances would be considered ‘necessary to preserve the life of the mother,’” Fallin said, in a statement from her office, where she was described as “the most pro-life governor in the nation.” (see June 27)

May 20, 2019: the US Supreme Court ruled that an 1868 treaty between the United States and the Crow Tribe that promised that in exchange for the Tribe’s territory in modern-day Montana and Wyoming, its members would “have the right to hunt on the unoccupied lands of the United States so long as game may be found thereon . . . and peace subsists,” 15 Stat. 650. In 2014, still held true despite Wyoming challenging off-season hunting in Bighorn National Forest.

The state court held that the treaty right expired upon Wyoming’s statehood and that, in any event, the national forest became categorically “occupied” when it was created.

The Supreme Court vacated. Hunting rights under the Treaty did not expire upon Wyoming’s statehood or that the Tribe would have understood it to do so. Bighorn National Forest did not become categorically “occupied” within the meaning of the Treaty when the national forest was created. (see Aug 29)