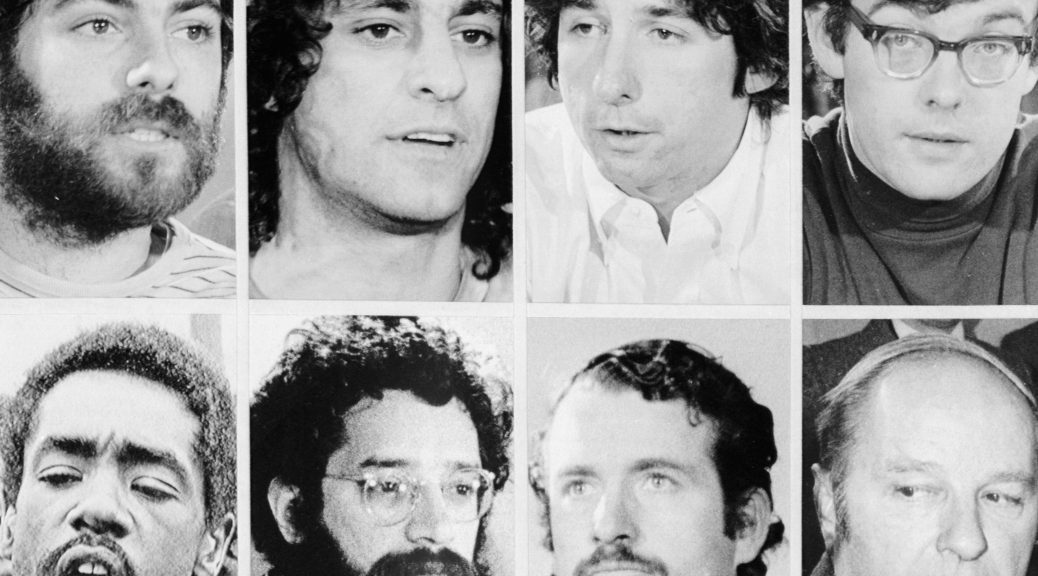 From 1779 to 1785, Virginia passed a series of laws by which the state confiscated all lands owned by foreigners. David Hunter was granted 800 acres of confiscated lands that had been willed to Denny Martin Fairfax, a British subject. Fairfax brought suit against Hunter for return of the land. On Fairfax’s death the suit was taken over by his heir, Philip Martin. Martin argued that Fairfax’s ownership had been protected by treaties between the United States and Great Britain guaranteeing British subjects the right to hold land in America. The Virginia court of appeals upheld the grant to Hunter, but on appeal the U.S. Supreme Court voided the grant (1813). The Virginia court refused to obey the Supreme Court ruling, declaring that it had no right to review the decisions of state courts under the U.S. Constitution. When the case again came before the Supreme Court, Justice Story ruled that section 25 of the Judiciary Act of 1789, which granted the U.S. Supreme Court appellate jurisdiction over state courts in certain situations (as in this case, where a state court denied the validity of a federal statute), was constitutional. (Oyez article) (see May 10, 1886)

March 20, 1852: Harriet Beecher Stowe’s anti-slavery novel, Uncle Tom’s Cabin, published. 10,000 copies were sold in the first week, 300,000 within the first year. The many different editions published in Europe sold an aggregate of one million copies in the first year.

It was the second best-selling book of the 19th century after the Bible.and was so widely read that when President Abraham Lincoln met Stowe in 1862, he reportedly said, “So this is the little lady who made this big war.” (pdf of text) (see Mar 22)

March 22, 1852: in Scott v. Emerson, the Missouri Supreme Court reversed the lower court and declared that Scott was still a slave. The decision was frankly political. The court decided the case not on the basis of legal precedent, but because of popular prejudice. Chief Justice William Scott stated:

The Army had given Ali a second test after it was determined that the results of his initial test were inconclusive. Ali’s response was, “I just said I’m the greatest. I never said I was the smartest.” (Ali, see May 25, 1965)

March 20, 1965: President Lyndon B. Johnson notified Alabama’s Governor George Wallace that he would use federal authority to call up the Alabama National Guard in order to supervise the planned civil rights march from Selma to Montgomery. (see March for expanded story) 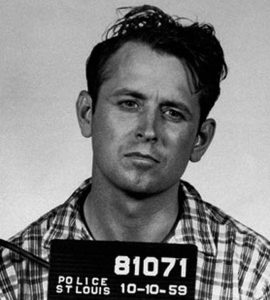 March 20, 1969: James Earl Ray sentenced to 99 years for murder of Martin Luther King Jr. Prior to his death, Ray was in the Lois M. DeBerry Special Needs Facility in Nashville.

He died at age 70 on April 23, 1998, at the Columbia Nashville Memorial Hospital in Nashville from complications related to kidney disease and liver failure caused by hepatitis C.  (NYT obit for Ray) (see Apr 8)

March 20, 2018: the American Civil Liberties Union and several community organizations said that they have reached an agreement to provide input into reforms being proposed for the Chicago Police Department. (B & S, see Mar 27; McDonald, see Sept 13)

March 20, 2019:  John Leach, a neighbor who lives a few houses away from the scene of East Pittsburgh police officer Michael Rosfeld shooting Antwon Rose, testified that he saw the officer standing on the sidewalk, panicking, saying, “I don’t know why I shot him. I don’t know why I fired.” (B & S and AR, see Mar 22) 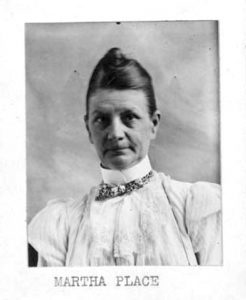 March 20, 1899: Martha Place, convicted of the murder of her step-daughter, became the first woman to die in the electric chair. The execution was carried out at New York’s Auburn Prison. (CDNC article) (see May 2, 1910)

March 20, 2015: Pope Francis came out against the death penalty once again, calling it “unacceptable” regardless of the seriousness of the crime of the condemned. The pope met with a three-person delegation of the International Commission Against the Death Penalty and issued a letter on the occasion urging worldwide abolition.

Citing his previous messages against the death penalty, the pope called capital punishment “cruel, inhumane and degrading” and said it “does not bring justice to the victims, but only foments revenge.” Furthermore, in a modern “state of law, the death penalty represents a failure” because it obliges the state to kill in the name of justice, the pope said. Rather, it is a method frequently used by “totalitarian regimes and fanatical groups” to do away with “political dissidents, minorities” and any other person deemed a threat to their power and to their goals. (American Magazine article) (see Mar 23) 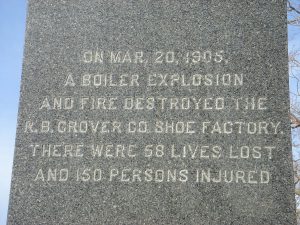 March 20, 1905: an old boiler exploded and shot up through three floors and the roof of the R.B. Grover shoe factory in Brockton, Massachusetts. The building collapsed and burst into flames. killing 58 people and  injuring 150. The incident led to passage of a national boiler safety code. (see June 27)

March 20, 1954: Secretary of State John Foster Dulles and other members of the Eisenhower administration were stunned at the turn of events at Dien Bien Phu (French defeated) and discussions  held discussions to decide on a course of action. Chairman of the Joint Chiefs of Staff Admiral Arthur Radford proposed the use of nuclear strikes against the Viet Minh. Other options included massive conventional air strikes, paratrooper drops, and the mining of Haiphong Harbor. In the end, President Eisenhower decided that the situation was too far gone and ordered no action to be taken to aid the French. (see Apr 7)

March 20, 1967:  a highly classified weather modification program in Southeast Asia called Operation Popeye began. It was an attempt to extend the monsoon season, specifically over areas of the Ho Chi Minh Trail maze. The military seeded the clouds over the Trail to create floods and wash out supply routes to hinder North Vietnam’s supply chain into and from South Vietnam.

The 54th Weather Reconnaissance Squadron carried out the operation using the slogan “make mud, not war.”

The initial area of operations was the eastern half of the Laotian panhandle.

At times the program was also known as Operation Motorpool, and Operation Intermediary-Compatriot.  (next V, see Mar 25)

March 20, 1953: the Soviet government announced that Nikita Khrushchev had been selected as one of five men named to the new office of Secretariat of the Communist Party. Khrushchev’s selection was a crucial first step in his rise to power in the Soviet Union. (see Apr 13) 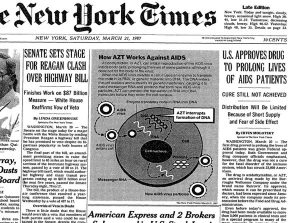 March 20, 1987: the Food and Drug Administration approved the sale of AZT, a drug shown to prolong the lives of some AIDS patients. (see Mar 24)

March 20, 1991: in Automobile Workers vs. Johnson Controls, the US Supreme Court ruled unconstitutional the exclusion of women from jobs where exposure to lead might harm the fetus unless the women could prove they were medically infertile; the decision was unanimous; the court noted that men were not subjected to similar requirements, though exposure by men to lead was also known to be harmful to reproduction. (Oyez article) (see Oct 11) 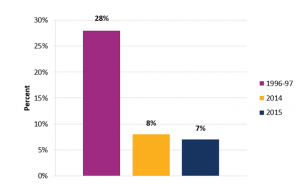 March 20, 1997: Liggett Group settled 22 state lawsuits by admitting the industry markets cigarettes to teenagers and agreeing to warn on every pack that smoking is addictive. (see Aug 25)

March 20, 2003: the US House of Representatives voted 400-7 to condemn the 9th Circuit Court of Appeals decision not to reconsider its ruling that the addition of the phase “under God” to the The Pledge of Allegiance was unconstitutional. (see Pledge for expanded chronology)

March 20, 2012: Supreme Court: John Doe AP v. Roman Catholic Archdiocese of St. Louis. The Court rejected an appeal challenging a Missouri court’s ruling that the Constitution’s religious- freedom protections shield churches from lawsuits questioning practices for employing and supervising the clergy. The Court agreed with a Missouri trial judge who had ruled that  the church couldn’t be sued on the “John Doe’s” claims and an appeals court had upheld the decision. (SCOTUS link) (see Mar 27)

March 20, 2015: federal Judge Alvin K. Hellerstein of the United States District Court for the Southern District of New York ruled that the United States government must release photographs showing the abuse of detainees in American custody at the Abu Ghraib prison in Iraq and other sites. Hellerstein gave the Defense Department 60 days to appeal. The American Civil Liberties Union had filed a lawsuit in 2004 seeking the release of the photos. Judge Hellerstein ruled in August 2014 that the government had failed to show how the photos would endanger American soldiers, but allowed it to submit more evidence. He said in the Mar 20 ruling that the additional evidence had failed to change his decision. (see Apr 13)

March 20, 2015: the Obama administration unveiled the nation’s first major federal regulations on hydraulic fracturing. The new rules applied only to oil and gas wells drilled on public lands, even though the vast majority of fracking in the US was done on private land. The rules will cover about 100,000 wells, according to the Interior Department.

“Current federal well-drilling regulations are more than 30 years old, and they simply have not kept pace with the technical complexities of today’s hydraulic fracturing operations,” said the interior secretary, Sally Jewell.

The regulations, which would take effect in 90 days, would allow government workers to inspect and validate the safety and integrity of the cement barriers that line fracking wells. They wouldrequire companies to publicly disclose the chemicals used in the fracturing process within 30 days of completing fracking operations.

The rules would also set safety standards for how companies could store used fracking chemicals around well sites, and will require companies to submit detailed information on well geology to the Bureau of Land Management, a part of the Interior Department. (see Apr 1)

March 20, 2015: U.S. District Judge William Conley struck down a Wisconsin law requiring doctors performing abortions to get hospital admitting privileges, ruling that any benefits to women’s health from the requirement are “substantially outweighed” by restricting women’s access to abortion.

Conley, who earlier had put the law on hold, ruled that the 2013 law was unconstitutional. He issued a permanent injunction blocking its enforcement. (see Apr 27)

March 20, 2015: Justice Secretary César Miranda, Puerto Rico’s attorney general, announced that its government would no longer defend a law that banned same-sex couples from marrying and did not recognize the validity of such marriages performed in other jurisdictions.

“The decision recognizes that all human beings are equal before the law,” Miranda said. “We believe in an equal society in which everyone enjoys the same rights.” (see Mar 26)

March 20, 2017:  “Sesame Street” added Julia, a 4-year-old female muppet who has autism, to its cast as part of an expanding autism initiative.

The TV show rolled out the news of Julia’s arrival on its website and released a series of YouTube videos featuring her. Julia, who loves to sing and can memorize lyrics better than her young peers, struggles with loud noises like sirens, which can cause her to become emotionally upset. (CBS News story) (see Mar 22)