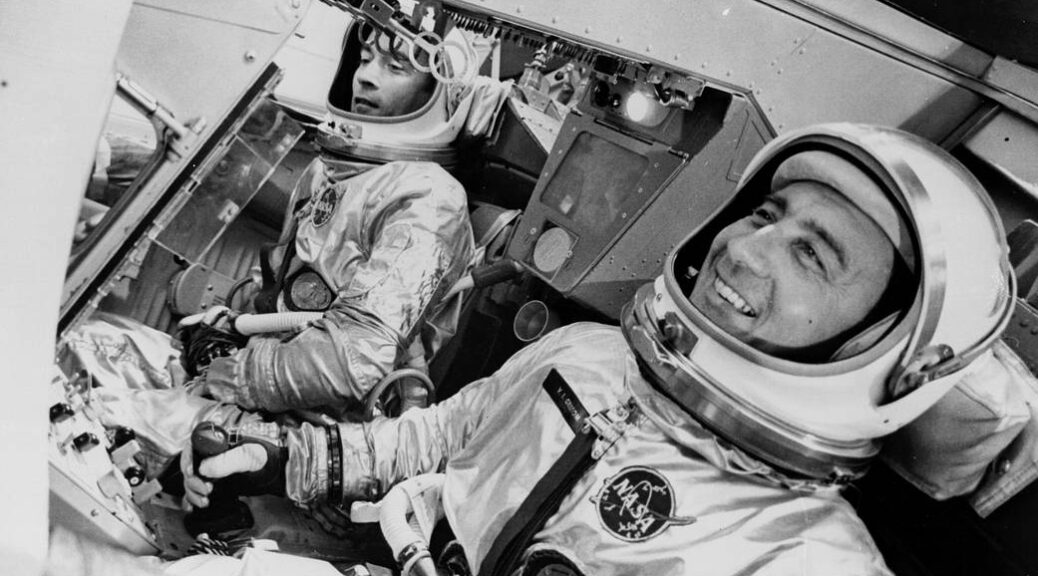 March 23, 1839: during the late 1830s, it was a favorite practice in younger, educated circles to misspell words intentionally, then abbreviate them, and use them as slang when talking to one another. There were many  slang terms they abbreviated: “KY” for “No use” (“know yuse”), “KG” for “No go” (“Know go”), and “OW” for all right (“oll wright”).

On this day in 1839, the initials “O.K.” were first published in The Boston Morning Post as an abbreviation for “oll correct,” a popular slang misspelling of “all correct” at the time, OK steadily made its way into the everyday speech of Americans. (see April 20, 1841) 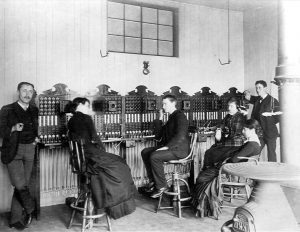 March 23, 1875: twenty-two days after the passage of the Civil Rights Act (Mar 1), the Tennessee legislature defiantly approved House Bill 527, which permitted hotels, inns, public transportation, and amusement parks to refuse admission and service to any person for any reason. The state had authorized the very discrimination the federal law prohibited.

On October 13 1883, the United States Supreme Court will declare the Civil Rights Act an unconstitutional exercise of Thirteenth Amendment powers, empowering Tennessee and other discriminatory states and clearing the way for several more generations of Jim Crow rule. (see June 7)

March 23, 1916: Garvey arrived in America penniless, moved in with a Jamaican family in Harlem, New York City, and found work as a printer. He gained a following for his movement by speaking nightly as a soapbox orator on a Harlem street corner. (see Garvey for expanded story)

March 23, 1964: having made dinner for her 10 children, Johnnie Mae Chappell of Jacksonville, Florida, walked to a nearby store to buy some ice cream for dessert. On the way home, the paper sack she carried became soggy and broke. At home, Chappell realized she’d dropped her wallet. She went back out to search the side of the road and a couple of neighbors joined to help.

As she retraced her steps along a road, four white men spotted her, and one of them killed her. They had been looking for an African American to shoot following a day of racist unrest. (BH, see Mar 26; Chappell, see Aug 11)

March 23, 1966: after Detective Richard Aidala testified that Whitmore’s confession to the Elba Borrero crime was voluntary, Whitmore’s attorney, Stanley Reiben asked, “Did anyone coerce or force him into making the Wylie-Hoffert confession?” Justice Aaron Goldstein immediately dismissed the jury and then upbraided Reiben for his “intemperate question.”

Out of the jury’s presence, Reiben labeled Aidala “the world’s biggest liar,” and asked Goldstein, “How can I achieve justice unless I can establish this?” Goldstein said he would reserve ruling on the admissibility of the evidence resulting to Whitmore’s confession in the Wylie-Hoffert case. (see Whitmore for expanded story)

March 23, 2017: besides six counts of first-degree murder and one count of misconduct, officer Jason Van Dyke was charged with 16 counts of aggravated battery — one for each shot fired at Laquan McDonald — in a new indictment. (B & S, see Mar 26; McDonald, see June 27) 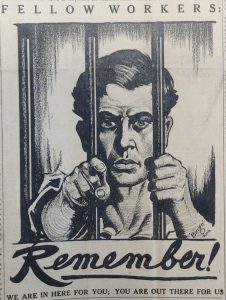 March 23, 1918: 101 leaders of the Industrial Workers of the World union (“The Wobblies“) were put on trial in Chicago for conspiracy to obstruct America’s participation in World War I. (LH, see June 3; Wobblie trial, see Aug 17)

March 23, 1920: Passaic, New Jersey, police disrupted a textile union meeting while leaders of the ACLU attempted to read the New Jersey State Constitution. ACLU leader Norman Thomas read the Constitution for about 15 minutes before the police arrived and was then ordered him to stop. When he did not, the police ordered the owner of the hall to turn out the lights. They then forced the crowd outside, where the Constitution reading continued by candlelight.  Textile worker union organizer Frank Laitovick read the state Constitution in Polish while an interpreter for the police department watched closely to ensure that he did not insert any “Red doctrines” into his reading. (Ohio History site bio)  (Labor, see May 22; FS, see August 3, 1922)

March 23, 1972:  a Georgia state court had convicted a Johnny Wilson of violating a state statute. The statute provided that “[a]ny person who shall, without provocation, use to or of another, and in his presence . . . opprobrious words or abusive language, tending to cause a breach of the peace . . . shall be guilty of a misdemeanor.” On appeal, Mr. Wilson argued that the statute violated the First and Fourteenth Amendments. The Georgia Supreme Court rejected the argument. Mr. Wilson successfully sought habeas corpus relief from a Georgia federal district court. The U.S. Court of Appeals for the Fifth Circuit affirmed.

In a 5 – 2 decision , the Supreme Court held that the Georgia statute was unconstitutional. With Justice William J. Brennan writing for the majority, the Court reasoned that the statute was unconstitutionally vague and overbroad. Quoting Speiser v. Randall, the Court noted that “the separation of legitimate from illegitimate speech calls for more sensitive tools than (Georgia) has supplied.” (see Apr 28)

March 23, 2005: fifteen workers died, another 170 were injured when a series of explosions rip through BP’s Texas City refinery. Investigators blamed a poor safety culture at the plant and found BP management gave priority to cost savings over worker safety (US Chemical Safety Board article) (see Sept 22)

March 23, 1967: at a ceremony held at the Playhouse Theatre in London, The Beatles were awarded three Ivor Novello awards for 1966: Best-selling British single ‘Yellow Submarine’, most-performed song ‘Michelle’, and next-most-performed song ‘Yesterday’. None of the Beatles attended and the winning songs were played by Joe Loss and his Orchestra. The lead vocal for ‘Michelle’ was sung by Ross MacManus, whose son would go on to become the professional musician Elvis Costello. (see Mar 30) 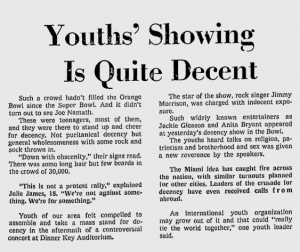 After the Jim Morrison incident in Miami on March 1,1969 where he supposedly exposed himself’ while onstage (very likely did not) a group of kids from a local church decided to hold a ‘Decency Rally’ to show the world that the youth of Florida was not corrupted by the evils of Rock and Roll.

March 23, 1969, the “Rally For Decency” (or ‘Decency Rally) was held at the Orange Bowl in Miami. The rally featured top name entertainers including Jackie Gleason, The Lettermen, Kate Smith, and Anita Bryant and promising that the crowd of 30,000 will contain no “longhairs and weird dressers.”  (see September 15, 1970) 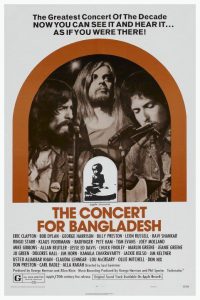 March 23, 1972: the film of The Concert For Bangladesh featuring George Harrison, Bob Dylan and Eric Clapton premiered in New York. The event was the first benefit concert of this magnitude in world history. The concert raised $243,418.51 for Bangladesh relief, which was administered by UNICEF. Sales of the album and DVD continue to benefit the George Harrison Fund for UNICEF. (see Mar 31)

March 23, 1973: purportedly because of a disputed conviction for possession of hashish in England in 1968 and as part of a three-and-a-half-year-long campaign by the U.S. government to deport former Beatle John Lennon, the Immigration and Naturalization Service (INS) ordered him to leave the country within 60 days.

In reality, the government sought to deport Lennon because of his anti-Vietnam War activities and other criticisms of the U.S. government. The deportation campaign finally ended on October 7, 1975, when a federal appeals court reversed his deportation, ruling that the government could not selectively deport someone because of his or her political views. (see April 3 ; see JL for more on John’s immigration issues) 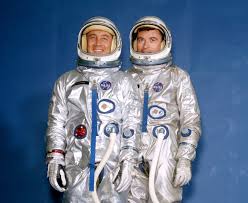 March 23, 2015: the U.S. Supreme Court rejected a challenge to Wisconsin’s voter identification law, restoring the measure it had blocked ahead of last November’s election but not in time for the April 7 ballot. The decision by the justices means that the state will eventually require voters to show identification in all elections, but the action — made without comment — likely did not give Wisconsin the kind of advance notice needed to reinstate the law for the nonpartisan spring election. (see Mar 25)

March 23, 1973: in a letter to Judge John Sirica, Watergate burglar James W. McCord Jr. admitted that he and other defendants had been pressured to remain silent about the case. He named former Attorney General John Mitchell as ‘overall boss’ of the operation. (see Watergate for expanded story)

March 23, 2003: a U.S. Army maintenance convoy was ambushed in Iraq; 11 soldiers were killed and seven were captured, including Pfc. Jessica Lynch. (see Mar 30)

March 23, 2017: House Republican leaders postponed a planned vote in the full House on legislation to repeal the Affordable Care Act as President Trump and his allies struggled to round up votes amid a tide of defections from the proposed replacement bill.

Later the  President threatened to keep the so-called Obama-Care should the Republicans not vote for his repeal/replace plan. (see Mar 24)

March 23, 2012: Staff Sgt. Robert Bales was charged with 17 counts of murder and various other charges, including attempted murder, in connection with the March 11 attack on Afghan civilians. Sergeant Bales, who is 38 and had been serving his fourth combat tour overseas, was being held at Fort Leavenworth, Kan. A senior Afghan police official said that the 17th count was for the death of the victim’s unborn baby. (see Mar 25) 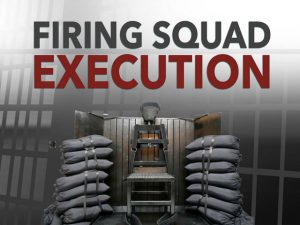 March 23, 2015: Utah Gov. Gary R. Herbert (R) signed a law that established firing squads as a secondary execution method in the event the Department of Corrections could not obtain drugs for lethal injection. Lethal injection remained the primary execution method for Utah and the 31 other U.S. states that allowed the death penalty as a punishment for certain murders. (see Apr 3)

Gov. Jared S. Polis, a Democrat, signed the repeal into law after it had reached his desk from the state legislature. It had passed the Senate in January and the House in February after several failed attempts to end capital punishment in the state.

Colorado had executed just one person since reinstating the death penalty in the mid-1970s: Gary Davis, who had been convicted of the rape and murder of Virginia May, was given a lethal injection in 1997.

Polis also commuted the sentences of three men on death row — Robert Ray, Sir Mario Owens and Nathan Dunlap — to life in prison without the possibility of parole. He said in a statement that he wanted the law to be applied consistently. [NYT article] (next DP, see June 29)

March 23, 2018: President Trump announced that transgender troops who were currently in the military could remain, but the Pentagon could require them to serve according to their gender at birth.

The policy recommendation stated that “transgender persons who require or have undergone gender transition are disqualified from military service.” But it also gave the Pentagon the ability to make exceptions where it sees fit.

While drug cases still represented the second most common category of crimes in the federal criminal justice system, the data indicated that the bulk of those instances were related to methamphetamine trafficking, which had steadily increased over the past decade.

But for marijuana, a different kind of trend emerged. As more states had moved to legalize cannabis, federal prosecutions had consistently declined since 2012. To illustrate the shift, marijuana trafficking cases represented the most common drug type that was pursued in 2012, with about 7,000 cases. As of fiscal year 2019, those cases were the second least common, with fewer than 2,000 cases. [Marijuana Moment article] (next Cannabis, see Mar 24 or see CCC for expanded cannabis chronology)