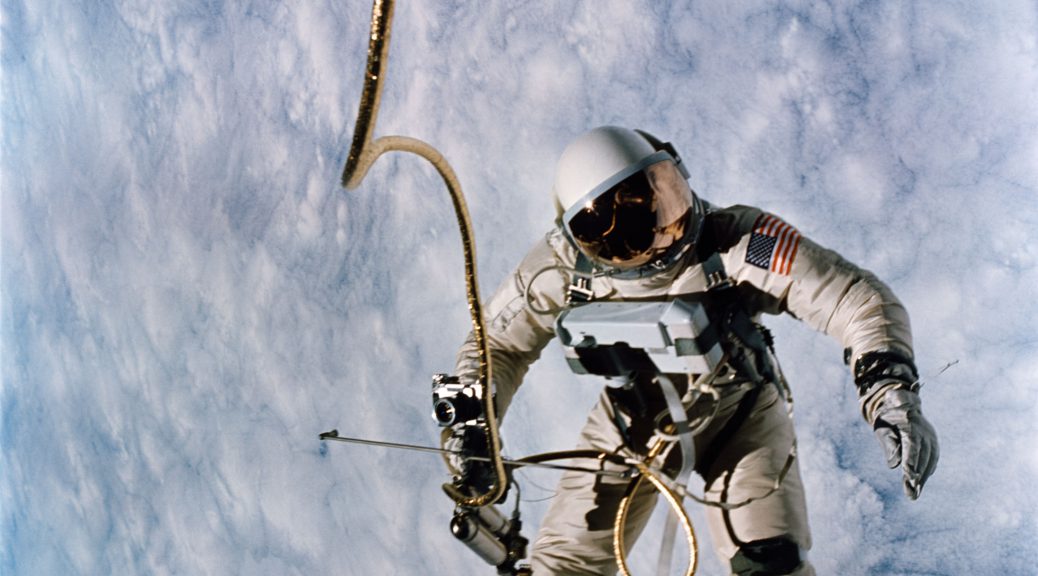 June 3, 1893: a mob lynched a Black man named Sam Bush (had allegedly sexually assaulted a white woman) on the courthouse lawn in Decatur, Illinois. About 500 white people had descended upon the jail and 25 unmasked white men broke into the jail. Although multiple jailers were on duty and charged with protecting the men and women in their custody, they neglected to use any type of force to ward off the mob, who, for 20 minutes, sought to break down Mr. Bush’s jail cell door with hammers and chisels.

By the time Bush was brought outside, 1,500 white people had gathered in front of a telegraph post directly in front of the courthouse lawn to lynch him. In the final moments of Bush’s life, he knelt to pray and, according to newspapers, called “on Jesus to come and take his soul and forgive the men who were murdering him.” The mob then stripped Mr. Bush of his clothes, forced him atop a car, and hanged him.

Following the lynching, members of the mob distributed pieces of the rope used to hang Mr. Bush to the crowd as “souvenirs”—among those in the crowd were doctors, lawyers, and at least one minister. [EJI article] (next BH & Lynching, see July 7 or see Never for an expanded chronology) 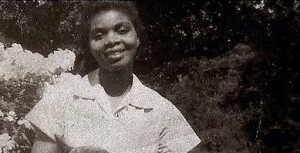 June 3, 1965: DA Aaron Koota argued before George J. Beldock, presiding justice of the Appellate Division of the Supreme Court, that Justice Vincent Damiani had no authority to exert control over the prosecution calendar. Beldock directed Damiani to explain more fully why Whitmore should not be tried first for the Borrero case. (see GWJ for expanded story)

June 3, 1991: the Tennessee Court of Criminal Appeals ruled that Byron de la Beckwith must be returned to Mississippi to stand trial a third time in the 1963 slaying of the civil rights leader Medgar Evers (see Evers for expanded chronology; next BH, see June 5)

June 3, 2020: New Orleans Saints quarterback Drew Brees said in an interview that he would never agree with N.F.L. players who knelt during the national anthem to protest police brutality, and he was immediately condemned. (next BH & CK, see June 4) 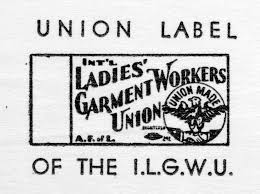 June 3, 1900: The International Ladies Garment Workers Union formed  by eleven delegates representing local unions from the major garment centers in New York City, Philadelphia, Baltimore, and Newark. These local unions’ memberships numbered about two thousand workers and were comprised primarily of Jewish immigrants, many of them socialist, who had recently arrived in the US from Eastern Europe. Many had been active trade unionists before coming to America, and in some instances, had participated in or organized unions upon arrival. [Cornell article] (see December 5, 1902) 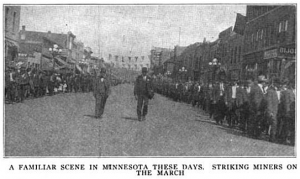 June 3, 1916: forty miners at the Oliver Iron Mining Company on the Mesabi Iron Range in northern Minnesota walk off the job. The strike was marked by violence and repression. The civil liberties of strikers were violated, mine guards and police used force to intimidate strikers, union leaders were jailed, and the company refused to negotiate with the workers. The strike ended in mid-September when the workers won some of their demands. (see Sept 1) 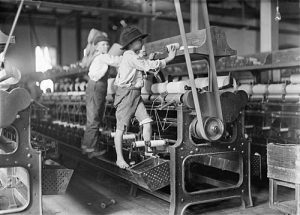 June 3, 1918: the US Supreme Court ruled that the first federal child labor law, the Keating-Owen Child Labor Act, was unconstitutional, falling outside the scope of Congressional authority under the Commerce Clause.  [Oyez article] (Child Labor, February 24, 1919)

1919 – 1921: the First Red Scare: In 1971, Murray Levin in his book,  Political Hysteria in America: The Democratic Capacity for Repression wrote that the “Red Scare” was “a nation-wide anti-radical hysteria provoked by a mounting fear and anxiety that a Bolshevik revolution in America was imminent—a revolution that would change Church, home, marriage, civility, and the American way of Life.”  (LH, see Jan 21)

June 3, 1974: the U.S. Supreme Court ruled that employers cannot justify paying women lower wages because that is what they traditionally received under the “going market rate.” A wage differential occurring “simply because men would not work at the low rates paid women” is unacceptable. [Oyez article] (see Sept 2)

June 3, 1940: case involving the religious rights of public school students under the First Amendment to the US Constitution. The Court ruled that public schools could compel students—in this case, Jehovah’s Witnesses—to salute the American Flag and recite the Pledge of Allegiance despite the students’ religious objections to these practices. [Oyez article] (see Pledge for expanded story; Supreme Court, see June 14, 1943)

June 3, 1956: Santa Cruz city authorities announced a total ban on rock and roll at public gatherings, calling the music “Detrimental to both the health and morals of our youth and community.”

It was a dance party the previous evening that led to the ban. Some 200 teenagers had packed the Santa Cruz Civic Auditorium on a Saturday night to dance to the music of Chuck Higgins and his Orchestra, a Los Angeles group with a regional hit record called “Pachuko Hop.” Santa Cruz police entered the auditorium just past midnight to check on the event, and what they found, according to Lieutenant Richard Overton, was a crowd “engaged in suggestive, stimulating and tantalizing motions induced by the provocative rhythms of an all-negro band.” Lt. Overton shut down the dance. (see July 1) 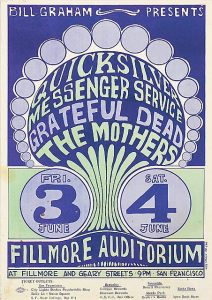 June 3, 1966:  the first appearance by the Grateful Dead at the Fillmore Auditorium. Along with the Dead, the Quicksilver Messenger Service who got top billing on the poster, and the Mothers joined. Created by the legendary rock artist Wes Wilson , the poster’s central image is a fairly simple one of a mushroom shape surrounded by circles. (see June 10 – 11)

June 3, 1969: Michael Lang met Wes Pomeroy to discussed Pomeroy’s attitude toward security. Pomeroy explained that the attendees must feel that there is no threat from security. Lang agreed. (see Chronology for expanded story) 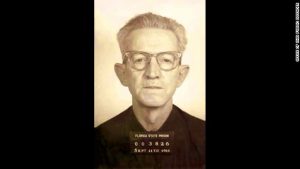 June 3, 1961: someone stole $5 in change and a few bottles of beer and soda from Ira Strickland, Jr’s Bay Harbor Pool Room. Henry Cook, a 22-year-old resident who lived nearby, told the police that he had seen Clarence Earl Gideon walk out of the hall with a bottle of wine and his pockets filled with coins, get into a cab, and leave. Police arrested Gideon in a nearby tavern. (see Gideon for expanded story) 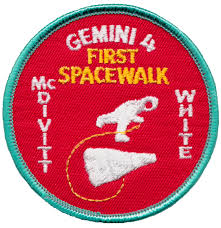 Pickering v. Board of Education

June 3, 1968: the case involved a Township High School teacher who the Board of Education dismissed after he wrote a critical letter to a local newspaper regarding how the Township Board of Education and the district superintendent had handled past proposals to raise new revenue for the schools. He claimed that his writing the letter was protected by the First and Fourteenth Amendments. The Board rejected that claim.  He appealed the Board’s action to the Circuit Court of Will County and then to the Supreme Court of Illinois, which both affirmed his dismissal.

The Supreme Court of the United States agreed the teacher’s First Amendment right to free speech were violated and reversed the decision of the Illinois Supreme Court. [Oyez article] (see Nov 1) 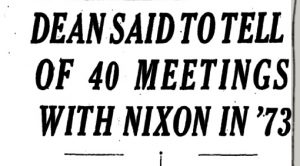 June 3, 2009: NH governor John Lynch signed legislation allowing same-sex marriage. The law stipulated that religious organizations and their employees will not be required to participate in the ceremonies. New Hampshire was the sixth state in the nation to allow same-sex marriage. [NBC News story] (see June 17, 2009)

June 3, 2021: Vice President Kamala Harris, Commerce Secretary Gina Raimondo and Interior Secretary Deb Haaland announced that the Biden administration was making available $1 billion in federal grants to expand the availability of high-speed internet on tribal lands. The money came from the Commerce Department’s National Telecommunications and Information Administration, and was included in the Consolidated Appropriations Act.

The Federal Communications Commission had estimated that about one-third of people living on tribal lands did not have access to high-speed internet.  Others said the figure was much higher.

“For generations, a lack of infrastructure investment in Indian Country has left tribes further behind in the digital divide than most areas of the country,” Haaland said. “We have a responsibility as a country to build infrastructure that will fuel economic development, keep communities safe and ensure everyone has opportunities to succeed” Interior Secretary Deb Haaland said. [PBS article] (next NA, see June 24)