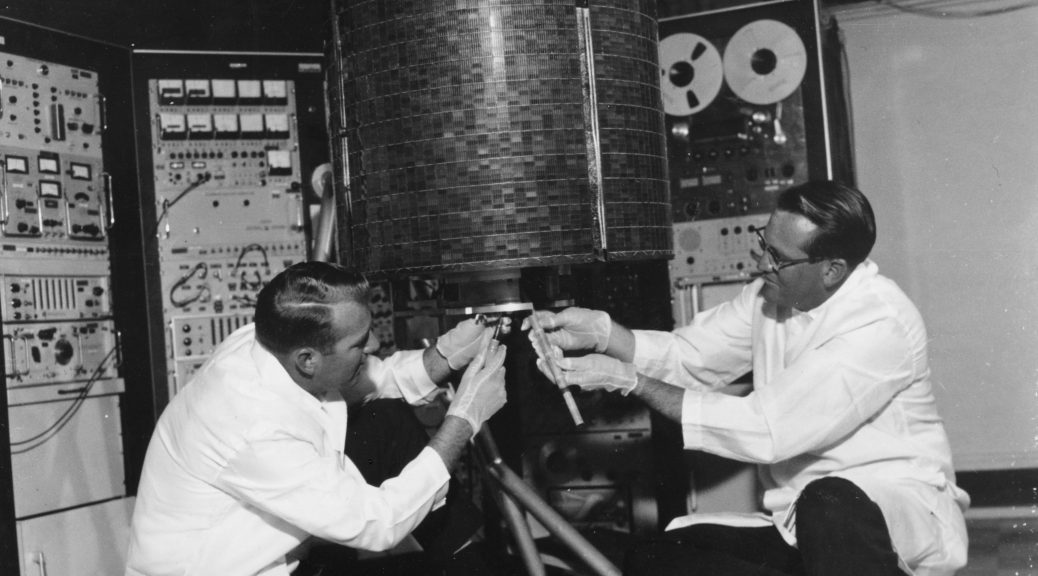 June 28, 2016: the Supreme Court allowed Washington state to require pharmacies to dispense Plan B or other emergency contraceptives, rejecting an appeal from pharmacists who said they had religious objections to providing the drugs.

The justices’ order left  in place rules first adopted in 2007 following reports that some women had been denied access to emergency contraceptives that are effective when taken within a few days of unprotected sex. Pharmacies must fill lawful prescriptions, but individual pharmacists with moral objections can refer patients to another pharmacist at the same store. [Spokesman-Review article] (see Aug 18) Regents of the University of California v. Bakke

June 28, 1978: the  US Supreme Court ruled unconstitutional the admission process of the Medical School at the University of California at Davis, which set aside 16 of the 100 seats for African American students. The Court held that while affirmative action systems are constitutional, a quota system based on race is unconstitutional. [Oyez article] (BH, see Sept 15; Affirmative Action, see June 23, 2003)

June 28, 2007: the US Supreme Court held that the student assignment plan of Seattle Public Schools and Jefferson County Public Schools did not meet the narrowly tailored and compelling interest requirements for a race-based assignment plan because it was used only to achieve “racial balance.” Public schools may not use race as the sole determining factor for assigning students to schools. Race-conscious objectives to achieve diverse school environment may be acceptable. [Oyez article] (BH, see Aug 10; SD, see April 18, 2013) June 28, 2020:  Mississippi lawmakers voted to bring down, once and for all, the state flag dominated by the Confederate battle emblem that had flown for 126 years, adding a punctuation point to years of efforts to take down relics of the Confederacy across the South.

The flag, the only state banner left in the country with the overt Confederate symbol, served for many as an inescapable sign of Mississippi’s racial scars and of the consequences of that history in defining perceptions of the state. [NYT story] (next BH, see July 6)

June 28, 1940: Congress passed the Smith Act, officially the Alien Registration Act of 1940, making it a crime to advocate the overthrow of the government. The law, significantly, criminalized advocacy and not specific actions related to the violence overthrow of the government. [McKendree article] (FS, see late November 1941; Smith Act, see June 4, 1951)

June 28, 1957: President Dwight D. Eisenhower spoke at the opening of an Islamic Center in Washington, D.C. He stated: ““…. And I should like to assure you, my Islamic friends, that under the American Constitution, under American tradition, and in American hearts, this Center, this place of worship, is just as welcome as could be a similar edifice of any other religion. Indeed, America would fight with her whole strength for your right to have here your own church and worship according to your own conscience.” [full text] (see December 7, 1960)

June 28, 1971: the US Supreme Court clarified the standard for determining whether a form of public aid to religious schools violated the establishment clause of the First Amendment. Writing for the majority, Chief Justice Burger articulated a three-part test for laws dealing with religious establishment. To be constitutional, a statute must have “a secular legislative purpose,” it must have principal effects which neither advance nor inhibit religion, and it must not foster “an excessive government entanglement with religion.” The Court found that the subsidization of parochial schools furthered a process of religious inculcation, and that the “continuing state surveillance” necessary to enforce the specific provisions of the laws would inevitably entangle the state in religious affairs. The Court also noted the presence of an unhealthy “divisive political potential” concerning legislation which appropriates support to religious schools. [Justia article] (see May 15, 1972)

In a 6-3 plurality decision delivered by Justice Clarence Thomas, the Court held that that Chapter 2, as applied in Jefferson Parish, is not a law respecting an establishment of religion simply because many of the private schools receiving Chapter 2 aid in the parish are religiously affiliated. Turning to neutrality to distinguish between indoctrination attributable to the State and that which is not, Justice Thomas wrote for the Court, “[i]f the religious, irreligious, and areligious are all alike eligible for governmental aid, no one would conclude that any indoctrination that any particular recipient conducts has been done at the behest of the government.” [Justia article] (see June 27, 2002) June 28, 1962: John Henry Faulk had been a popular CBS radio talk show host for six years in the 1950s. He lost his job in 1957 and was blacklisted after he was accused of being a Communist in the notorious anti-Communist report, Red Channels [see June 22, 1950]. Faulk sued and was awarded $3.5 million in damages. The award was later reduced to $500,000, but the case effectively ended the practice of blacklisting in the radio and television industry.  [NYT obit ] (see Aug 5) June 28, 1965: the first major offensive by U.S. forces under the June 26 directive was launched by 3,000 troops of the 173rd Airborne Brigade, in conjunction with 800 Australian soldiers and a Vietnamese airborne unit. These forces assaulted a jungle area known as Viet Cong (aka, National Liberation Front) Zone D, 20 miles northeast of Saigon. The operation was called off after three days when it failed to make any major contact with the enemy. One American was killed, and nine Americans and four Australians were wounded. (see July 8) June 28, 1971: the Supreme Court reversed Muhammad Ali’s conviction for refusing induction by unanimous decision in Clay v. United States. The decision was not based on, nor did it address, the merits of Clay’s/Ali’s claims per se, rather, the Government prosecution’s procedural failure to specify which claims were rejected and which were sustained, constituted the grounds upon which the Court reversed the conviction. [Oyez article](Ali, see October 30, 1974; Vietnam, see June 30)

June 28, 1965: the first commercial telephone conversation over a satellite took place over Early Bird I between America and Europe. It had capacity for 240 voice circuits or one black and white TV channel. Positioned to serve the Atlantic Ocean region, Early Bird provided commercial communications service between North America and Western Europe. It exceeded its 18 months designed in-orbit life by 2 additional years. [Researchgate article] (see July 14) June 28, 1969: held at the Bath Pavilion Recreational Ground in Bath, Somerset, England with DJ John Peel. Tickets cost 18/6. The festival proved very popular, selling out all 30,000 tickets in the first week, surprising both the townsfolk and the promoters. The only major problem occurred when the Nice’s use of bagpipers caused the stage to collapse. This is often considered the first modern ‘rock’ festival in Britain June 28, 1970: Christopher St. Liberation Day commemorated the one-year anniversary of the Stonewall riots. Following the event, thousands of members of the LGBTQ community march through New York into Central Park. In the coming decades, the annual gay pride parade spread to dozens of countries around the world. [NY Public Library article] (see October 10, 1972)

June 28, 1978: Gilbert Baker, a textile artist who, after having a conversation with Harvey Milk, developed and popularized a new “gay logo” – the rainbow flag. The first two flags were flown on on this date in San Francisco, marking a new era in LGBTQ pride and visibility.

About thirty of Gilbert’s friends helped make the rainbow flags, even though most of them had never used a sewing machine. Cleve Jones, raised funds to pay for the fabric, dye, and thread.

Lynn Segerblom, a costume designer and free-spirited hippie who at the time was known as “Faerie Argyle Rainbow,” was the resident tie-dye expert. She concocted all of the color formulas.  (see Nov 7)

June 28, 2000: the US Supreme Court decided that held that the constitutional right to freedom of association allows a private organization like the Boy Scouts of America (BSA) to exclude a person from membership when “the presence of that person affects in a significant way the group’s ability to advocate public or private viewpoints.” The Supreme Court ruled that opposition to homosexuality is part of BSA’s “expressive message” and that allowing homosexuals as adult leaders would interfere with that message. [Oyez article] (LGBTQ, see Nov 7; BSA, see August 14, 2003)

Lawmakers in Louisiana and Mississippi, which also previously had bans on gay marriage, were actively resisting the ruling by delaying its implementation. Louisiana Attorney General Buddy Caldwell (R) claimed that because the Supreme Court’s ruling did not include an official order for states to begin issuing marriage licenses to gay couples, “there is not yet a legal requirement for officials to issue marriage licenses or perform marriages for same-sex couples in Louisiana.” County clerks were instructed to hold off on issuing licenses for 25 days, the amount of time states are allowed to appeal the Court’s ruling.

Mississippi Gov. Phil Bryant (R) said the Supreme Court had “usurped” each state’s “authority to regulate marriage within their borders.” He and other state leaders were considering various legal options, including halting all marriage licenses. [Reuters article](see June 29) June 28, 1993: Kirk Bloodsworth was released from prison after a DNA test showed that a semen stain on the underwear of the 9-year-old girl he was twice convicted of raping and killing was not his. Bloodsworth spent one year awaiting trial, two years on death row, and then six years in prison after his death sentence was commuted to a life sentence before being exonerated. Bloodsworth was the first prisoner to have served time on death row to be exonerated with DNA testing. He received $300,000 in compensation for wrongful imprisonment and was granted a full pardon in December 1994 by Maryland Governor William Donald Schaefer. (see January 12, 1996)

Richard Lyle Austin was indicted for violating South Dakota’s drug laws. He pleaded guilty to one count of possession cocaine with intent to distribute and was sentenced to seven years in jail. The United States then filed an in rem action, seeking forfeiture of Austin’s mobile home and auto body shop under federal statutes that provide for forfeiture of property that is used or intended for use to facilitate the transportation of controlled substances, or related materials. Austin argued that forfeiture of his property would violate the Eighth Amendment’s Excessive Fines Clause.

In an opinion written by Justice Harry Blackmun, the Court held that civil forfeiture proceedings were “subject to the limitations of the Eight Amendment’s Excessive Fines Clause.” (Civil forfeiture, see February 20, 2019)

An official in the Administrative Hearing Commission, a body in the executive branch that resolves disputes involving state agencies gave the extension. (see July 3)