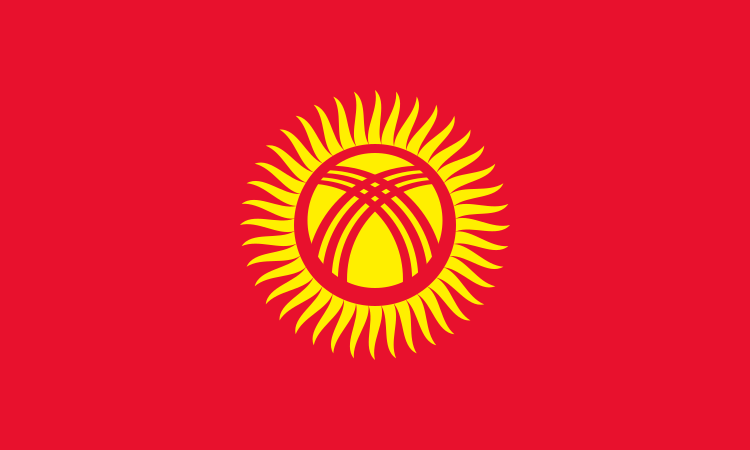 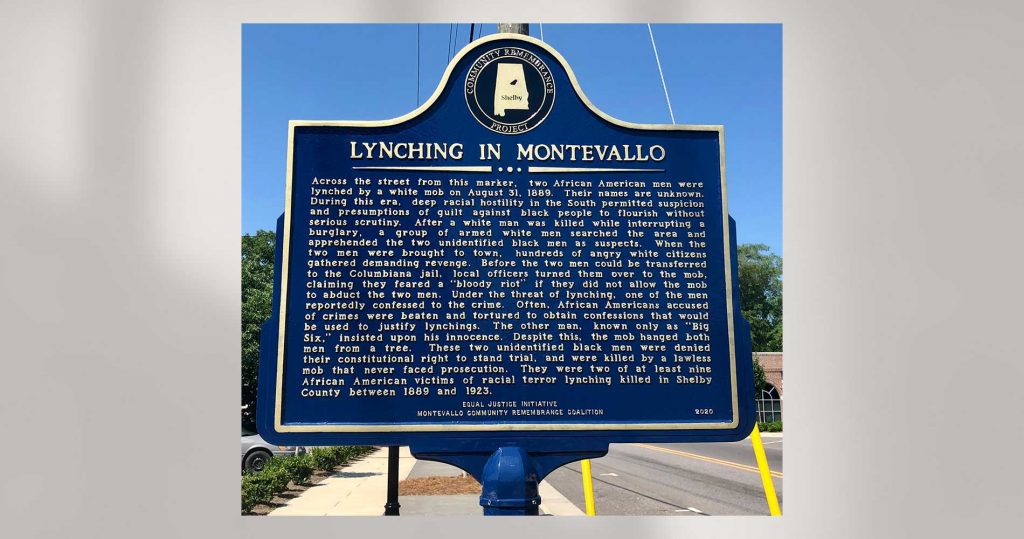 August 31, 1889: after a white man was killed while interrupting a burglary, a group of armed white men searched the area around Montevallo, Alabama and apprehended two unidentified Black men as suspects. When the two men were brought to town, hundreds of angry white citizens gathered, demanding revenge.

Before the two men could be transferred to the Columbiana jail, local officers turned them over to the mob, claiming they feared a “bloody riot” if they did not allow the mob to abduct the two men. Under the threat of lynching, one of the men reportedly confessed to the crime. The other man, known only as “Big Six,” insisted upon his innocence.

The mob lynched the two–whose names were not recorded by contemporary news accounts.

They were two of at least nine African American victims of racial terror lynching killed in Shelby County between 1889 and 1923. (next BH & next Lynching, see Nov 8 or see Lynching for expanded chronology)

August 31, 1955: Emmett Till’s decomposed corpse was pulled from Mississippi’s Tallahatchie River. Moses Wright identified the body from a ring with the initials L.T. (see Emmett Till)

August 31, 1966: a decade after the United States Supreme Court’s 1954 ruling in Brown v. Board of Education declaring racial segregation in public schools unconstitutional, many school districts throughout the South still maintained segregated public schools. In 1964, the United States Congress passed the Civil Rights Act, which contained a provision that conditioned federal funding for school districts on integration.

Alabama’s legislature responded by passing a bill proposed by Governor George Wallace, forbidding Alabama school districts from entering into desegregation agreements with the federal government. At legislative hearings, representatives of Alabama’s teachers’ unions spoke against the bill and warned that it would put twenty-four million dollars of federal funding for Alabama schools at risk. Nevertheless, the bill passed the Alabama Senate almost unanimously on August 31, 1966, with only seven members voting against it. Shortly after, the Alabama House of Representatives passed the bill, and Governor Wallace signed it into law on September 9, 1966. 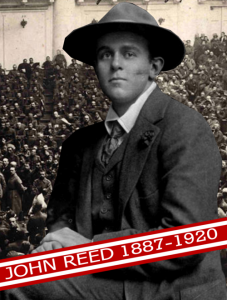 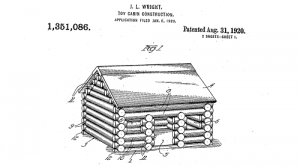 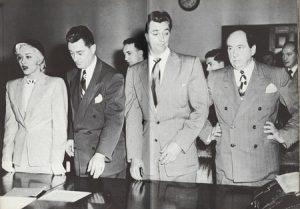 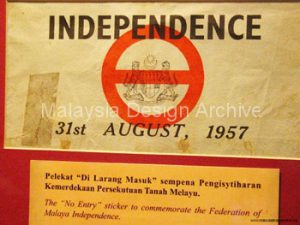 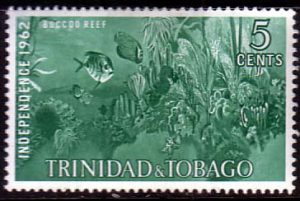 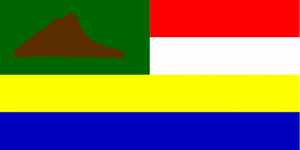 Dissolution of the USSR/Kyrgyzstan and Uzbekistan 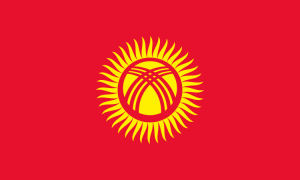 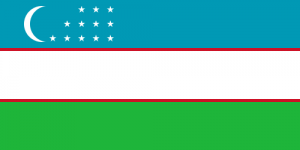 August 31 –September 6, 1960: Max Roach recorded We Insist! Max Roach’s Freedom Now Suite album. The Penguin Guide to Jazz has awarded the album one of its rare crown accolades, in addition to featuring it as part of its Core Collection. (see Sept 5)

August 31 – September 20, 1963:  the Angels started a three week run at Billboard No.1 with ‘My Boyfriend’s Back’. The writers of the song Bob Feldman, Jerry Goldstein and Richard Gottehrer were a trio of Brooklyn songwriter/producers who went on to write the hits ‘Sorrow’ and have the 1965 US No.11 single as The Strangeloves with ‘I Want Candy’.

My Son, the Nut 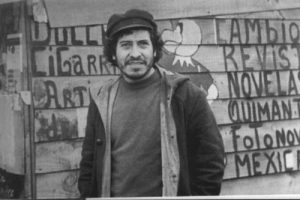 August 31, 1974: in federal court, John Lennon testified the Nixon administration tried to have him deported because of his involvement with the anti-war demonstrations at the 1972 Republican convention in Miami. [Ultimate Classic Rock story] (see Sept 23)

August 31, 1965: President Johnson signed a law making the burning of draft cards a federal offense subject to a five-year prison sentence and $1000 fine. In response to the law and in protest of the war in Vietnam, the student-run National Coordinating Committee to End the War in Vietnam will stage the first public burning of a draft card in the United States on October 15, 1965. The constitutionality of the federal law was upheld by the US Supreme Court in US v. O’Brien (May 27, 1968) (Draft Card Burning, see Oct 15; Vietnam, see Sept 25)

August 31, 1967:  Senate Preparedness Investigating Committee issues a call to step up bombing against the North, declaring that McNamara had “shackled” the air war against Hanoi, and calling for “closure, neutralization, or isolation of Haiphong.” President Johnson, attempting to placate Congressional “hawks” and the Joint Chiefs of Staff, expanded the approved list of targets in the north, authorizing strikes against bridges, barracks, and railyards in the Hanoi-Haipong area and additional targets in the previously restricted areas along the Chinese border.[Rallypoint dot com article] (see Sept 3)

August 31, 1987: White enrolled at Hamilton Heights High School, Cicero, IN and was greeted by school principal Tony Cook, school system superintendent Bob G. Carnal, and a handful of students who had been educated about AIDS and were unafraid to shake White’s hand. [In high school White drove a red Mustang convertible, a gift from Michael Jackson.] (AIDS, see Oct 11; see Ryan White for expanded story)

August 31, 1994:  the Provisional Irish Republican Army announced a “complete cessation of military operations.” (from February 1996 until July 1997, the Provisional IRA called off its 1994 ceasefire because of its dissatisfaction with the state of negotiations.) (see Troubles for expanded story)

August 31, 2010:  President Obama declared an end to the seven-year American combat mission in Iraq, saying that the United States had met its responsibility to that country and that it was now time to turn to pressing problems at home. [NYT article] (see December 18, 2011)

August 31, 2005: New Orleans’s Mayor Ray Nagin announced that the planned sandbagging of the 17th Street Canal levee breach had failed. At the time, 85% of the city was underwater. President Bush returned early to Washington from vacationing at his ranch in Crawford, Texas. Though he did not stop in Louisiana, Air Force One flew low over the Gulf Coast so that he could view the devastation from Air Force One. (see Sept 1)

August 31, 2011: Stop-and-frisk stats continued to show that the NYPD was conducting a record number of stops in 2011. From January to June there were 362,150 reported stop-and-frisks. (see Sept 6)

August 31, 2015: the Supreme Court refused to allow Rowan County (Kentucky) Clerk Kim Davis who objects to same-sex marriage on religious grounds to continue to deny marriage licenses to all couples, gay or straight. Ms. Davis’s lawyers filed an emergency application on Aug 28 with Justice Elena Kagan, the member of the Supreme Court who supervised cases arising from the judicial circuit that includes Kentucky. She referred the matter to the full court.

The Human Rights Campaign praised the Supreme Court’s decision. “Ms. Davis has the fundamental right to believe what she likes,” said JoDee Winterhof, the group’s senior vice president for policy and political affairs. “But as a public servant, she does not have the right to pick and choose which laws she will follow or which services she will provide.” (see Sept 1)

August 30, 2021: the Gloucester County school board in Virginia agreed to pay $1.3 million in legal fees to resolve a discrimination lawsuit filed by Gavin Grimm, a former student, whose efforts to use the boys’ bathroom put him at the center of a national debate over rights for transgender people.

Grimm’s battle with the school board began in 2014, when he was a sophomore and his family informed his school that he was transgender. Administrators were supportive at first. But after an uproar from some parents and students, the school board adopted a policy requiring students to use the bathrooms and locker rooms for their “corresponding biological genders.”

Mr. Grimm sued the school board. The legal battle pushed him into the national spotlight as Republican-controlled state legislatures introduced a wave of “bathroom bills” requiring transgender people to use public restrooms in government and school buildings that correspond to the gender listed on their birth certificates.

“We are glad that this long litigation is finally over and that Gavin has been fully vindicated by the courts, but it should not have taken over six years of expensive litigation to get to this point,” Joshua Block, an American Civil Liberties Union lawyer who represented Mr. Grimm, said in a statement on Thursday. Mr. Block added that he hoped that the outcome would “give other school boards and lawmakers pause before they use discrimination to score political points.” [NYT article] (next SR, see ; next LGBTQ, see )

August 31, 2015: Judge Richard J. Leon of the United States District Court for the District of Columbia ruled that employers do not need to provide insurance coverage for contraception even if their objections were moral rather than religious.

The case concerned a group called March for Life, which was formed after the Supreme Court recognized a constitutional right to abortion in 1973 in Roe v. Wade. The group, Monday’s decision said, “is a nonprofit, nonreligious pro-life organization.”

August 31, 2017: the Trump administration severely cut spending on advertising and promotion for enrollment under the Affordable Care Act. Officials with the Department of Health and Human Services said that the advertising budget for the open enrollment period that starts in November would be cut to $10 million, compared with $100 million spent by the Obama administration in 2016, a drop of 90 percent. Additionally, grants to about 100 nonprofit groups, known as navigators, that help people enroll in health plans offered by the insurance marketplaces would be cut to a total of $36 million, from about $63 million. [NYT article] (see Sept 26)

August 31, 2018:  Judge Andrew S. Hanen of the Federal District Court in Houston. Texas declined to halt an Obama-era program that protected young undocumented immigrants from deportation, handing a temporary victory to activists who were waging a legal fight against the Trump administration to save it.

Hanen said the program, known as Deferred Action for Childhood Arrivals (DACA) had been relied upon by hundreds of thousands of immigrants since it was established almost six years ago, and should not be abruptly ended.

The ruling meant that young immigrants who were brought illegally to the US as small children could continue to apply for the program, which shielded them from immediate deportation and provides a permit to work legally in the United States. (next IH, see Sept 13); next DACA, see July 28, 2020)

August 31, 2021: the United States completed its withdrawal from Afghanistan, ending America’s longest war and closing a chapter in military history likely to be remembered for colossal failures, unfulfilled promises and a frantic final exit that cost the lives of more than 180 Afghans and 13 U.S. service members, some barely older than the war.

Hours before President Joe Biden’s August 31 deadline for shutting down a final airlift, and thus ending the U.S. war, Air Force transport planes carried a remaining contingent of troops from Kabul airport late Monday. Thousands of troops had spent a harrowing two weeks protecting the airlift of tens of thousands of Afghans, Americans and others seeking to escape a country once again ruled by Taliban militants. [AP article]