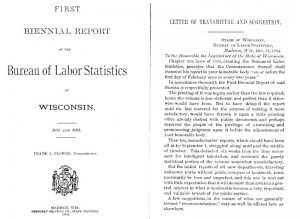 June 13, 1904: Judge John J. Riley, white, ordered a Black mother to brutally beat her 15-year-old son. Simon Searce, in front of hundreds of white people in the Lexington, Kentucky, town square. Riley imposed this sentence Simon as punishment for getting into a physical altercation with a white boy.

Compelled by the judge’s order, Simon’s mother took her son straight from the courtroom, through the crowded streets, and to the town square filled with white residents. There, her son was stripped of his clothing and tied to a post, and she administered 20 lashes from a buggy whip. If Simon’s mother had refused to whip her son as ordered, she risked facing her own charges of contempt, and also risked angering the judge who had power to impose an even harsher punishment upon her son. [EJI article] (next BH, see Aug 16)

June 13, 1961: an interracial group of eighteen rabbis and ministers participated in a freedom ride to Tallahassee, Florida, sponsored by the Congress of Racial Equality. The riders experienced a few minor confrontations along the way, but were spared major incidents of violence in Florida due to the governor’s negotiations with local officials to ensure that the riders were left alone. (see June 15)

June 13, 1966: in Miranda v. Arizona the US. Supreme Court held that police must warn suspects of their rights to remain silent and consult with a lawyer before submitting to questioning. [Oyez article re Miranda] (next BH, see June 16; see Whitmore for expanded story)

June 13, 2005: between 1882 and 1968, approximately 4743 people were lynched in America, and nearly three-quarters of those lynching victims were black. Lynchings were extrajudicial and heinous killings, usually intended to warn other blacks not to transgress racialized social, political, and economic boundaries. Victims often were hanged, but sometimes were shot, stabbed, or burned alive. Their murders ranged from community spectacles at which hundreds of participants ate picnics and took body parts and photo postcards as souvenirs to low-profile concealed murders involving as few as two assailants.

During the lynching era, seven United States presidents exhorted Congress to pass legislation authorizing federal prosecution of lynch mobs. Two hundred anti-lynching bills were introduced but only three passed the House of Representatives and none passed the Senate due to Southern conservatives’ successful filibusters. In the absence of federal protection, and amidst the inaction of local state courts, lynchings persisted for decades.

On June 13, 2005, the United States Senate formally apologized for failing to pass anti-lynching legislation. Resolution sponsor Senator George Allen (R-VA) expressed his regret for “the failure of the Senate to take action when action was most needed,” while co-sponsor Senator Mary Landrieu (D-LA) declared, “It’s important that we are honest with ourselves and that we tell the truth about what happened.” Nearly eighty other senators co-sponsored the resolution.

Hundreds of relatives of lynching victims were present to witness the apology, as was ninety-one-year-old James Cameron, largely considered the only known survivor of a lynching attempt. In 1930, Mr. Cameron was sixteen when he and two friends were seized by a white lynch mob in Marion, Indiana, and both of his friends were hung and killed. Mr. Cameron was cut down and released. No one was ever arrested or charged. (next BH, see June 21; next Lynching, see February 10, 2015; for expanded chronology of lynching, see also AL4)

June 13, 1923: a sign consisting of 50-foot-tall letters spelling out “HOLLYWOODLAND” was dedicated in the Hollywood Hills to promote a subdivision (the last four letters were removed in 1949) [images] (see April 10, 1925) 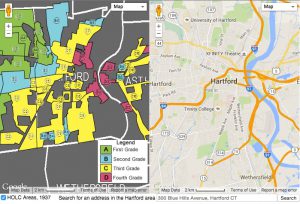 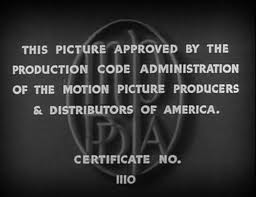 June 13, 1934: movie censorship code adopted . Early Hollywood films often had many edgy moments and themes with regard to sex. In response, moralistic activists began demanding that Hollywood “clean up” the movies. There were a number of efforts at voluntary film censorship by industry leaders beginning in the 1920s. There were actually many different versions of “The Code,” taking into account all the revisions. See, for example, the “Don’ts and Be Carefuls,” issued on October 15, 1927, and an early version of the code, adopted on March 31, 1930. All of these early efforts were voluntary, however, with little enforcement mechanisms.

This 1934 version, released had tighter enforcement, and marked the beginnings of the most heavy-handed censorship in the history of American movies. The enforcement of the Code rested on an agreement between the major movie theater chains (which at that time were largely owned by Hollywood studios) would not show a film that did not have the production code seal of approval. In practice, many films were produced and released only after negotiations with production code officials. [Censorship in Film site article]  (see Aug 7)

‘The Balled Of John and Yoko’

‘Let It Be’ album

June 13, 1975, The Beatles post break-up: the TV broadcast of ‘Salute To Sir Lew Grade’ (recorded on April 18). John Lennon performed ‘Slippin And Slidin’, and ‘Imagine’. The performance was Lennon’s last one before a live audience. (see Oct 7) 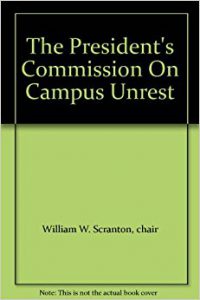 June 13, 1971: the New York Times began to publish the Pentagon Papers, which are a US Department of Defense history of US political-military involvement in Vietnam from 1945 to 1967. A 1996 article in The New York Times said that the Pentagon Papers “demonstrated, among other things, that the Johnson Administration had systematically lied, not only to the public but also to Congress, about a subject of transcendent national interest and significance“.  (NYT article) (Vietnam, see June 28); see DE/PP for expanded story)

June 13, 1973: Alexander Butterfield, former presidential appointments secretary, revealed in congressional testimony that since 1971 Nixon had recorded all conversations and telephone calls in his offices. (see Watergate for expanded story)

June 13, 2011: The U.S. Bankruptcy Court for the Central District of California in Los Angeles released an opinion in In Re Balas and Morales finding Section 3 of the so-called Defense of Marriage Act unconstitutional. In a rare statement of support, the opinion was signed by 20 of the district’s bankruptcy judges. Following the opinion, the Department of Justice shifted its policy and no longer intervened to block married same-sex couples from filing joint petitions for bankruptcy. [NYT article]  (California, see February 7, 2012; LGBTQ, see June 24)