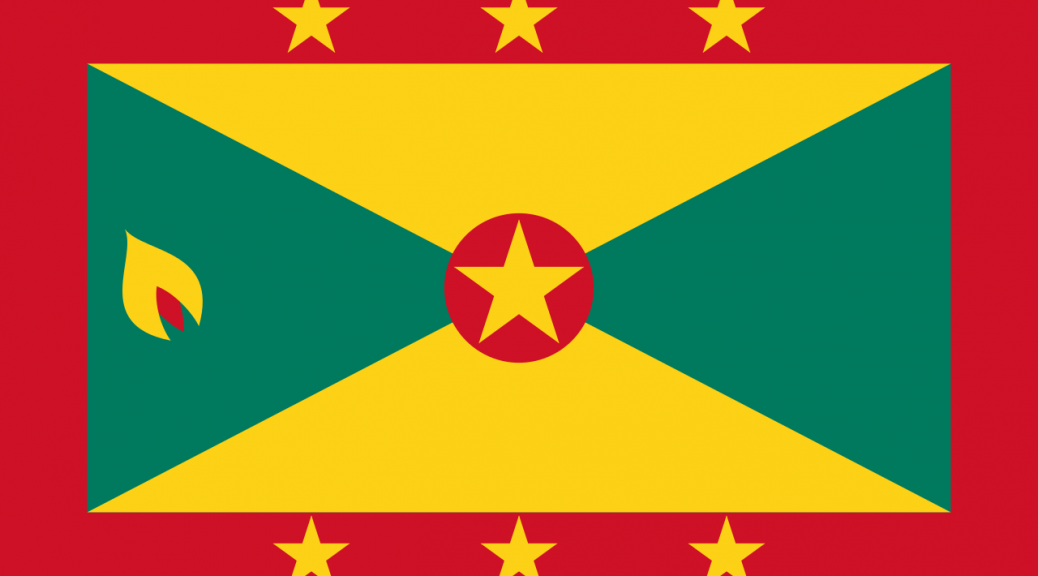 February 7, 1887: the O’Neill bill was passed which amended the Contract Labor Law of 1885. It added three major sections to the original act. The problem was largely that although the law was sweeping in its prohibition of labor contracts, it was virtually impossible to enforce.

The new sections charged the secretary of the treasury with enforcement of the act, gave him power to establish needful rules and regulations, and provided that prohibited persons were to be sent back on arrival. (IH, see March 12, 1888; LH, see Nov 1) February 7, 2008: a huge explosion and fire at the Imperial Sugar refinery northwest of Savannah, Georgia, kills 14 and injures 38 people. The explosion was fueled by massive accumulations of combustible sugar dust throughout the packaging building. An investigation by the U.S. Chemical Safety Board stated that the explosion had been “entirely preventable,” noting that the sugar industry had been aware of the risk of dust explosions since 1926.  (CSB report) (see Feb 13) February 7, 1904: as hundreds of white people watched and cheered, a black man named Luther Holbert and an unidentified woman were tortured and killed in Doddsville, Mississippi, a Sunflower County town in the Mississippi Delta. Holbert was accused of shooting and killing James Eastland, a white landowner from a prominent, wealthy local family that owned a plantation where many of the area’s black laborers worked. After his shooting, James Eastland’s two brothers led the posse that captured Mr. Holbert and a black woman. Some news reports identified the woman as Mr. Holbert’s wife, but later research suggested she was not; her identity remains unknown.

According to an eyewitness account published in the Vicksburg, Mississippi, Evening Post, Luther Holbert and the unnamed black woman were tied to trees while their funeral pyres were prepared. They were then forced to hold out their hands and watch as their fingers were chopped off, one at a time, and distributed as souvenirs. Next, the same was done to their ears. Mr. Holbert was then beaten so badly that his skull was fractured and one of his eyes hung by a shred from the socket. The lynch mob next used a large corkscrew to bore into the arms, legs, and body of the two victims, pulling out large pieces of raw, quivering flesh. The victims reportedly did not cry out, and they were finally thrown on the fire and allowed to burn to death. The event was described as a festive atmosphere, in which the audience of 600 spectators enjoyed deviled eggs, lemonade, and whiskey. [EJI story] (next Lynching, see April 14, 1906; for for expanded chronology, see American Lynching 2)

Lift Every Voice and Sing

In 1905: John Johnson, the brother of James Weldon Johnson who wrote the poem “Lift Every Voice and Sing,” put music it. (next BH, see April 14, 1906;  see Lift for expanded story) February 7, 1923: Edward Young Clarke, Imperial Giant of the Ku Klux Klan, came New York City from Atlanta, GA and appeared before the Federal Grand Jury as a witness against Garvey, who would to be tried on February 20 on a charge of defrauding investors in the Black Star Line. (BH, see Feb 13; see MG for expanded chronology) February 7, 1964: a Jackson, Mississippi jury, trying Byron De La Beckwith for the murder of Medgar Evers in June 1963, reported that it  could not reach a verdict, resulting in a mistrial. The jury Was 7-5 for acquittal. February 7, 1967: in the UK, the ultra-right National Front political party forms. Its slogan: “We must secure the existence of our people and a future for White Children“

February 7, 1997:  from the NYT, “Last week, a Confederate battle flag was spray-painted on a monument in Hayneville, Ala., to Viola Liuzzo.”  (BH, see May 16;  see VL for expanded chronology)

February 7, 2013: Charles A. Barth, director of the Federal Register, wrote back to Mississippi Secretary of State, Delbert Hosemann, that he had received the resolution: “With this action, the State of Mississippi has ratified the 13th Amendment to the Constitution of the United States.”  (see Feb 13) February 7, 1950: the United States recognized Vietnam under the leadership of Emperor Bao Dai, not Ho Chi Minh who was recognized by the Soviets. (see May 8) February 7, 1954: in the past, some American presidents had honored Lincoln’s birthday by attending services at the church Lincoln attended in Washington, DC, [the New York Avenue Presbyterian Church] by sitting in Lincoln’s pew on the Sunday nearest February 12. On February 7, 1954, with President Eisenhower sitting in Lincoln’s pew, the church’s pastor, George MacPherson Docherty, delivered a sermon based on the Gettysburg Address titled “A New Birth of Freedom.” He argued that the nation’s might lay not in arms but its spirit and higher purpose. He noted that the Pledge’s sentiments could be those of any nation, that “there was something missing in the pledge, and that which was missing was the characteristic and definitive factor in the American way of life.” He cited Lincoln’s words “under God” as defining words that set the United States apart from other nations.

President Eisenhower, baptized a Presbyterian the previous  February, responded enthusiastically to Docherty in a conversation following the service. (see PoA for expanded chronology)

February 7, 1960: Hank Mobley recorded his “Soul Station” album in Van Gelder Studios of Rudy Van Gelder in Englewood Cliffs, NJ. After having gained a reputation in the mid-Fifties for the quality of the recordings he made in the living room at his parents’ house in Hackensack, New Jersey, Van Gelder moved to a new facility in Englewood Cliffs in 1959. The structure was inspired by the work of Frank Lloyd Wright and bore some resemblance to a chapel, with 39-foot ceilings and fine acoustics. Critic Ira Gitler described the studio in The Space Book (1964) liner notes:”In the high-domed, wooden-beamed, brick-tiled, spare modernity of Rudy Van Gelder’s studio, one can get a feeling akin to religion.” (next TC, see Apr 4; see Van Gelder for expanded story on studio) Dick Biondi, a disc jockey on WLS in Chicago and a friend of Vee-Jay executive Ewart Abner, played the song on the radio thus becoming the first DJ to play a Beatles record in the US. It reached No. 35 on WLS music survey in March, but did not chart nationally; not on Billboard. Note the misspelling…Beattles. (see Mar 3)

February 7, 1964: arrive in the US and are greeted by thousands of screaming fans at NYC’s Kennedy Airport. (see Feb 9) February 7, 1983: Elizabeth Dole becomes the first woman to serve as the U.S. Secretary of Transportation. (see May 23)

February 7, 1990: the Central Committee of the Soviet Union’s Communist Party agreed to endorse President Mikhail Gorbachev’s recommendation that the party give up its 70-year long monopoly of political power. The Committee’s decision to allow political challenges to the party’s dominance in Russia was yet another signal of the impending collapse of the Soviet system. (see Mar 15) February 7, 1992: members of the European Community signed the Maastricht Treaty in Maastricht, Netherlands. The Treaty created the European Union and eventually to the creation of the single European currency, the euro. February 7, 2012: the Ninth Circuit Court of Appeals in California ruled 2–1 that Proposition 8, the 2008 referendum that banned same-sex marriage in state, was unconstitutional because it violated the Equal Protection Clause of the 14th Amendment. In the ruling, the court said, the law “operates with no apparent purpose but to impose on gays and lesbians, through the public law, a majority’s private disapproval of them and their relationships.” (see Feb 13)

February 7, 2014: the farms bill signed by President Obama included a provision that legalizes hemp cultivation for research purposes. Under the new law, universities and state departments of agriculture would be authorized to cultivate hemp for research purposes in states where its been legalized; prior to this law, a license from the Drug Enforcement Administration (DEA) was required to research hemp, a license which was virtually impossible to receive. Nine states in the U.S. that had legalized hemp cultivation; California, Oregon, Colorado, Montana, West Virginia, Vermont, North Dakota, Kentucky and Maine. (see Feb 14)

The appeals court judges sometimes seemed taken aback by the assertiveness of the administration’s position, which in places came close to saying the court was without power to make judgments about Mr. Trump’s actions. (see Feb 9)

February 7, 2019: the US Supreme Court blocked a Louisiana law that its opponents say would have left the state with only one doctor in a single clinic authorized to provide abortions.

The vote was 5 to 4, with Chief Justice John G. Roberts Jr. joining the court’s four-member liberal wing to form a majority. That coalition underscored the pivotal position the chief justice has assumed after the departure last year of Justice Anthony M. Kennedy, who used to hold the crucial vote in many closely divided cases, including ones concerning abortion. [NYT story] (see Mar 25)

February 7, 2019: the US Supreme Court allowed the execution of Domineque Ray, a Muslim inmate in Alabama, whose request that his imam be present had been denied.

The vote was 5 to 4, with the four more liberal members of the court in dissent.

The majority offered little reasoning but said that Ray had waited too long to object. Justice Elena Kagan, writing for the dissenters, said the majority was “profoundly wrong.”

Under Alabama’s policy, she wrote, “a Christian prisoner may have a minister of his own faith accompany him into the execution chamber to say his last rites.”

“But if an inmate practices a different religion — whether Islam, Judaism or any other — he may not die with a minister of his own faith by his side,” Justice Kagan wrote. [NYT article] (next DP, see Mar 13; religion & DP, see Feb 27)