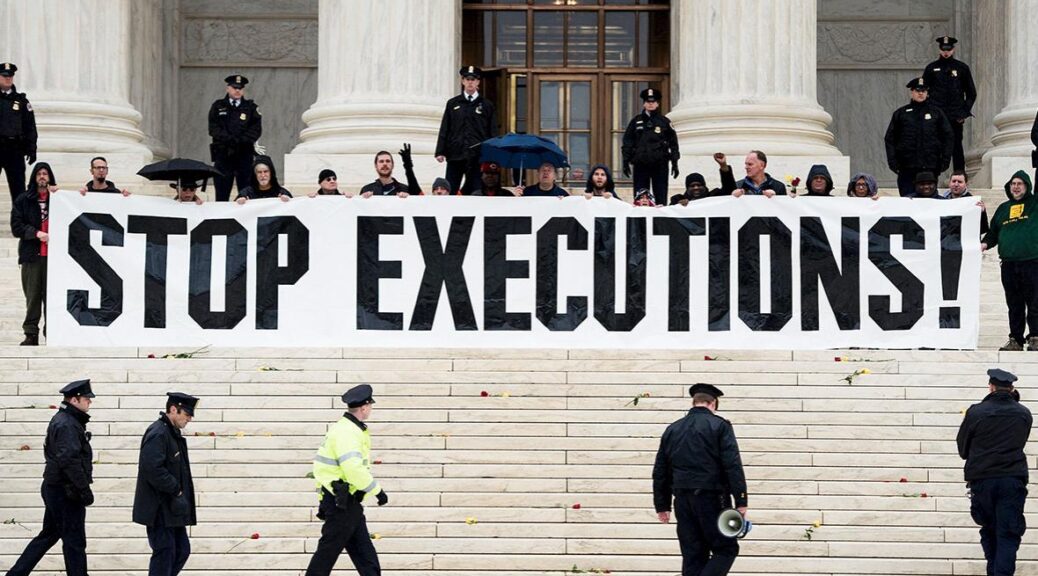 March 13, 1830: the term “rat,” referring to a worker who betrays fellow workers, first appears in print in the New York Daily Sentinel.  The newspaper was quoting a typesetter while reporting on replacement workers who had agreed to work for two-thirds of the going rate. (see January 29, 1834) 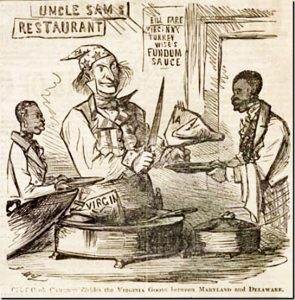 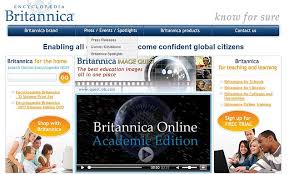 March 13, 1954: a force of 40,000 Viet Minh with heavy artillery surrounded 15,000 French troops at Dien Bien Phu. French General Henri Navarre had positioned these forces 200 miles behind enemy lines in a remote area adjacent to the Laotian border. He hoped to draw the communists into a set-piece battle in which he hoped superior French firepower would destroy the enemy. He underestimated the enemy. (NPR story) (see Mar 20) 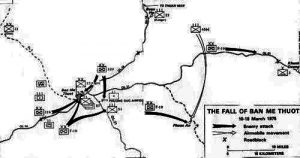 March 13, 1944: Odell Lachney, a white bus driver employed by the city of Alexandria, Louisiana, shot and killed Private Edward Green, a 23-year-old Black soldier from New York, after he refused to sit in the segregated section of a city bus.

Green was stationed with an army field artillery unit at Camp Livingston, Louisiana. He boarded city bus no and took a seat near the front of the bus. As soon as Lachney saw  Green, Lachney shouted at him to move. When Green remained in his seat, Lachney stopped the bus, got up from the driver’s seat, and walked toward Green brandishing a club.

Lachney, who later claimed Green had reached into his pocket, then grabbed a pistol. A white passenger sitting directly behind the driver’s seat, cautioned Lachney: “Don’t shoot him on the bus.” Apparently heeding this advice, Lachney forced Green onto the street as he pleaded, “Don’t kill me, I’ll get off.” Despite the Black soldier’s words, Lachney shot Private Green, killing him with a bullet in the heart.

The coroner held an inquest the afternoon after Private Green was shot and killed. Though five white jurors returned a verdict that “Private Edward Green came to his death from gunshot wounds at the left breast by the hand of Odell Lachney,” no criminal charges were filed. Lachney was released from police custody and the local media did no subsequent reporting on Private Green’s death. [EJI article] (next BH, see Mar 26)

On December 3 Otis Kimball had killed Clinton Melton in cold blood. On March 13, 1956 an all-white, all-male jury acquitted Otis Kimbell, despite the weight of the testimonial and physical evidence contradicting Kimbell’s claim that he acted in self-defense. (nuweb article) (see March 22)

March 13, 1963: Blacks resumed a 16 month fight against segregation in Albany, GA, embittered by the realization that a seeming victory was only a legal maneuver. (next BH, see Apr 4;  see Albany for expanded post)

March 13, 1965:  President Johnson met with Alabama’s Governor Wallace to decry the brutality surrounding the protests and ask him to mobilize the Alabama National Guard to protect demonstrators.  (next BH, see Mar 15; see MM for expanded chronology)

March 13, 1974: when John Lennon arrived in LA in 1973, he looked up Nilsson, a prodigious drinker who also did cocaine.

On March 13 at the Troubadour during a show by the Smothers Brothers. Lennon, drunk on Brandy Alexanders, disrupted the comedians’ act with relentless heckling. Smothers’ manager Ken Fritz said, “I went over and asked Harry to try to shut up Lennon. Harry said, ‘I’m trying – don’t blame me!’ When Lennon continued, I told him to keep quiet. He swung and hit me in the jaw.” Lennon and Nilsson were hustled out of the Troubadour, knocking over a few tables in the process. “It was horrendous,” Tom Smothers recalled. (next Beatles, see Mar 28)

March 13, 1988: after students, faculty, and the community at Gallaudet University in Washington, D.C. organized a week-long protest called “Deaf President Now” on campus demanding the selection of a deaf president for the university, the trustees of Gallaudet University, the nation’s only institution of higher learning for the hearing impaired,  picked I. King Jordan, Dean of the Gallaudet college of arts and sciences, to be the eighth president of the 2,200-student institution. The 124-year-old university had never before had a deaf president. (Gallaudet article) (ADA,  see Sept 13; SR, see September 1989) 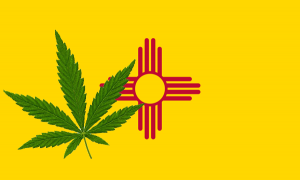 March 13, 2007: New Mexico’s Senate Bill 523 “The Lynn and Erin Compassionate Use Act” was approved by the House (36-31) and the Senate (32-3) on Mar. 13, 2007 and took effect on July 1, 2007. The act removed state-level criminal penalties on the use and possession of marijuana by patients “in a regulated system for alleviating symptoms caused by debilitating medical conditions and their medical treatments.” The New Mexico Department of Health was designated to administer the program and register patients, caregivers, and providers. (see, CC2 for expanded cannabis chronology) next Marijuana, see February 15, 2008)

March 13, 2012:  the soldier suspected in the Kandahar killings was moved to Kuwait. President Barack Obama said that the military would conduct a thorough investigation into the rampage. He said he has told Afghan President Hamid Karzai that the United States “takes this as seriously as if it was our own citizens and our own children who were murdered.” (see Mar 16)

March 13, 2013: former Army Sgt. Rebekah Havrilla, an Army rape victim, testified about how a military chaplain told her the alleged rape “was God’s will” and was intended to “get my attention so I would go back to church.”

Havrilla was a key witness at a Senate Armed Services Committee hearing focusing on sexual assault in the military. She told the military personnel subcommittee that she delayed filing formal charges for an alleged rape by a fellow soldier in Afghanistan because she did not trust the system, and that after she finally reported it nothing happened. (NYT article) (see July 11)

March 13, 2017: the House Republican plan to repeal and replace the Affordable Care Act would raise the number of people without health insurance by 24 million within a decade, but would trim $337 billion from the federal deficit over that time, the nonpartisan Congressional Budget Office said.

Republicans had been bracing for what was almost certain to be a bleak accounting of the legislation’s projected effects. The American Health Care Act, as Republicans call their bill, was already facing widespread criticism from providers of health care, some conservatives, and a united Democratic Party. The numbers released Monday will only make it more difficult for Republicans to explain why their legislation would bring positive change to the country’s health care system. (see Mar 23)

March 13, 2018:  the United States Court of Appeals for the Fifth Circuit ruled that Texas’ ban on so-called sanctuary cities could take effect while legal challenges proceeded, concluding that opponents of the measure were not likely to succeed on the merits of their case.

In a unanimous ruling, the three-judge panel almost completely reversed an August ruling by a federal judge in San Antonio, who had temporarily blocked Texas officials from enforcing the ban.

The law in question — Senate Bill 4, passed by the Texas Legislature in May 2017 — required police chiefs and sheriffs to cooperate with federal immigration officials, and allowed the police to question the immigration status of anyone they arrest. It was passed in response to the proliferation of sanctuary cities, which restrict such cooperation and have gained national attention as President Trump pursues stricter immigration policies.

March 13, 2018: President Trump reviewed eight prototypes  for the wall in San Diego during a visit to the border.

All of the designs were concrete, but only one included the see-through component Trump said was necessary. He also repeated the need for a tall wall, comparing some migrants to “professional mountain climbers.”

March 13, 2019: California Gov. Gavin Newsom announced a moratorium on capital punishment granting a temporary reprieve for the 737 inmates who wait on the largest death row in the Western Hemisphere.

The move was highly symbolic because legal challenges had already stalled executions in California; the last one was in 2006. But death penalty opponents hope that because of California’s size and political importance, the governor’s action would give new urgency to efforts to end executions in other states as popular support for the death penalty wanes.

Supporters of capital punishment said the move went against the will of the state’s residents. California voters had rejected an initiative to abolish the death penalty and in 2016, they approved Proposition 66 to help speed it up. (see Mar 28)