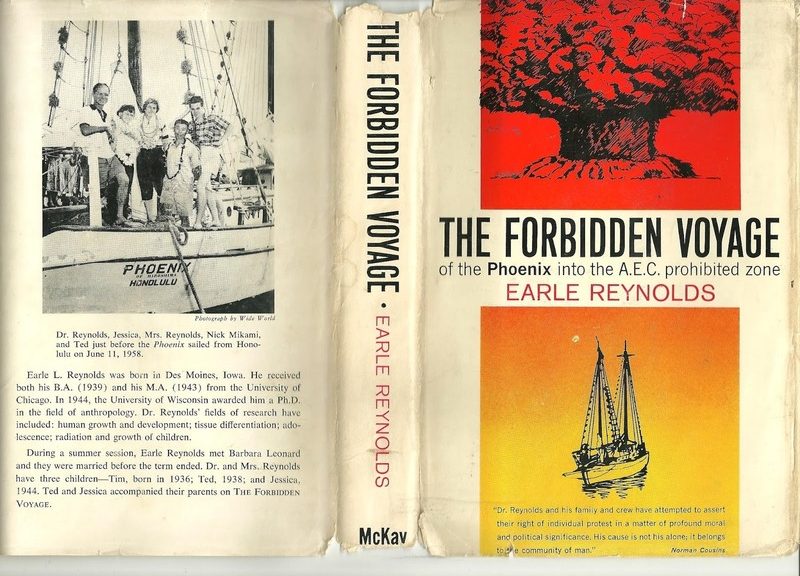 March 28, 1898: in  U.S. v. WONG KIM ARK the Supreme Court ruled that a child born in the US to Chinese immigrants was a US citizen and could not be deported under the terms of the Chinese Exclusion Act. (see March 3, 1903) 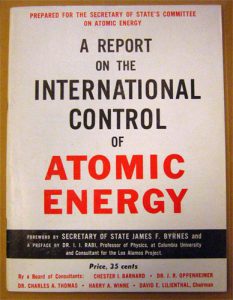 March 28, 1946: the State Department released the so-called Acheson-Lilienthal Report, which outlined a plan for international control of atomic energy. The report represented an attempt by the United States to maintain its superiority in the field of atomic weapons while also trying to avoid a costly and dangerous arms race with the Soviet Union.  (Red Scare, see Nov 6; NN, see July 25) 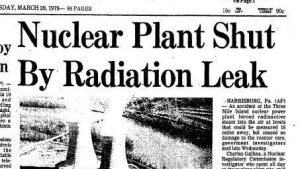 March 28, 1979: Three Mile Island power plant, Pennsylvania. A cooling malfunction caused a partial meltdown in one reactor, resulting in a limited release of radioactivity (INES Level 5). The site’s first reactor (TMI One) on the Susquehanna river was closed for refuelling. The second was at full capacity when two malfunctions occurred: first there was a release of radioactive water, then radioactive gas was detected on the perimeter. No deaths or injuries were reported. It is considered the United States’ worst nuclear accident and led to major safety changes in the industry. (next N/C, see June 18); Three Mile, see September 20, 2019)

March 28, 1958: during the opening night of a tour promoted by DJ Alan Freed, Jerry Lee Lewis involved in a dispute with Chuck Berry over the line-up. Enraged that he had not been chosen to perform last, Lewis torches his piano during his set-closing number, “Great Balls of Fire.” (see Mar 31)

March 28, 1964: with the increasing popularity of the Beatles and other similar bands plus the lack of airplay for them on the British Broadcasting System’s radio stations, Radio Caroline, the first so-called pirate radio station, began to broadcast off the coast of England from a ship. The combination of rock music and lively disk jockey patter played to a huge audience, but well out of reach of British authorities. (next Beatles, see Apr 4) (see Pirate Radio for expanded story)

March 28, 1974: the Troubadour incident (see John Lennon Meets Brandy Alexander) was a wake-up call for Lennon and Nilsson. Lennon soon announced he would produce Nilsson’s next album, ‘Pussy Cats.’ They decided that the LP’s musicians should live together during the sessions. Lennon and Nilsson, along with Ringo Starr and Keith Moon, moved into a Santa Monica beach house.

On March 28, Stevie Wonder and Paul McCartney unexpectedly joined Lennon, Nilsson and others for a midnight jam. Ringo had left, so McCartney sat in on drums and sang harmony to Lennon’s lead vocals. Lennon also played guitar with Wonder on electric piano. Despite the star-studded lineup, standards like ‘Lucille’ and ‘Stand By Me,’ marred by technical problems, were disappointing.

By evening’s end, Lennon and McCartney agreed to see each other again but it would be the last time the two ex-Beatles would play together in a studio. (next Beatles, see Aug 31)

March 28, 1966: in U. S. vs. Price et al, the Supreme Court overruled Cox and reinstated the indictments (next BH, see, Apr 21;  see Murders for expanded story)

March 28, 1968: Martin Luther King Jr., Ralph Abernathy and James Lawson led a march of sanitation workers in Memphis, Tenn. More than 1,300 workers had gone on strike because the city had refused to recognize their union. In response, the city had hired strikebreakers. As the march moved down Beale Street, some broke windows and looted. The march quickly ended, and King vowed to have a nonviolent march April 5. King didn’t live to see that day. (BH, see April; Memphis, see May 16; LH, see July 1) 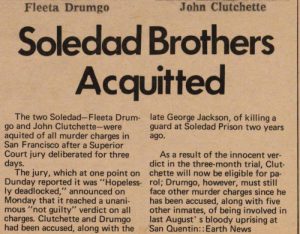 March 28, 1972: Fleeta Drumgo and John Cluchette, the two surviving Soledad Brothers, were acquitted. They had been charged with killing a white guard at Soledad Prison in 1970. The third Soledad Brother, George Jackson, was killed in August 1971, in alleged escape attempt. (see June 4)

March 28, 1982: Nelson Mandela and four other A.N.C. leaders were transferred from Robben Island to Pollsmoor Prison in the suburbs of Cape Town. While many believe the move was intended to lessen the influence of the famous prisoners, government officials later say they wanted a way to open a discreet line of communication with the men. (SA/A, see October 16, 1984; Mandela, see February 10, 1985) 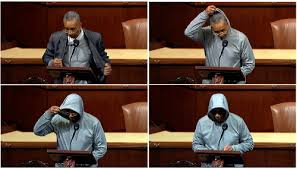 March 28, 2012: Rep. Bobby Rush, D-Ill., taking off his jacket to wear a a hoodie and sunglasses as he spoke on the floor of the House. Rush donned a hoodie during the speech on the House floor deploring the killing of Florida teenager Trayvon Martin and received a reprimand for violating rules on wearing hats in the House chamber. (see April 7)

March 28, 2012: the ACLU filed a federal lawsuit accusing the NYC Police Department of illegally stopping tens of thousands of people in privately owned buildings across the city where officers had been given permission to enter by landlords. The suit claims that residents and their guests are subject to arbitrary enforcement practices that violate antidiscrimination provisions of the federal Fair Housing Act, as well as their Fourth Amendment rights against unreasonable search and seizure. (S & F, see Mar 30; 4th, see January 8, 2013)

March 28, 2012: Dylan Butler, 20, Deryl Dedmon, 19, and John Aaron Rice, 19, all of Brandon, Miss., admitted to conspiring to commit and committing a hate crime, as well as to a months-long campaign of terror against Blacks that began in April 2011 and culminated June 26 in the death of James Craig Anderson. Dedmon received two life sentences on the state charges. He and his co-conspirators faced up to five years in prison on the federal conspiracy charge, and could receive life sentences on the hate crime federal charge. (BH, see April; JCA, see Dec 4) 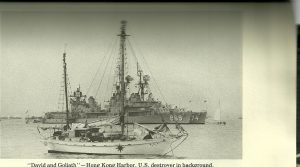 March 28, 1967: The Phoenix, a private U.S. yacht with eight American pacifists aboard, arrived in Haiphong, North Vietnam, with $10,000 worth of medical supplies for the North Vietnamese. The trip, financed by a Quaker group in Philadelphia, was made in defiance of a U.S. ban on American travel to North Vietnam. No charges were filed against the participants and the group later made a second trip to North Vietnam. (MUlocal site article)  (see April 4)

March 28, 1973: the media reported that one hundred of the Indians holding the historic hamlet of Wounded Knee offered to surrender but hard-core dissidents, vowing to die, were keeping them in the village at gunpoint. (NA & RCM, see Mar 29)

March 28, 2002: in Mississippi, the “George County Times” published a letter from George County Justice Court Judge Connie Wilkerson which read, in part, “In my opinion, gays and lesbians should be put in some type of mental institution.”

Because of the bias expressed in such a statement, an ethics violation complaint was filed against Wilkerson, but the State Supreme Court, in a 5-2 decision, decided not to hold Wilkerson accountable for his opinion. (see January 2003)

March 28, 2014: US Attorney General Eric H. Holder Jr. said that the federal government would recognize more than 300 same-sex marriages that were performed in Michigan last weekend. Gov. Rick Snyder, a Republican that they were “legal and valid marriages” but that the state would not recognize them until the court resolved the matter.

Holder’s announcement capped a week of rapid change and uncertainty over the status of same-sex marriage in Michigan. On March 21, a federal judge struck down the state’s ban on same-sex marriage, and the next morning gay and lesbian couples rushed to exchange vows. By late that afternoon, however, an appeals court stayed the judge’s ruling. While the appeals played out, the legal status of those unions was uncertain. (see Apr 28)

March 28, 2012: Apple Inc’s Tim Cook, on his first trip to China as the chief executive officer, visited an iPhone production plant run by the Foxconn Technology Group, which was being accused of improper labor practices. (2012 CNT article) (see Mar 29)

March 28, 2017: President Trump signed an executive order intended to roll back most of President Barack Obama’s climate-change legacy, celebrating the move as a way to promote energy independence and to restore thousands of lost coal industry jobs.

Flanked by coal miners at a ceremony at the Environmental Protection Agency,  Trump signed a short document titled the “Energy Independence” executive order, directing the agency to start the legal process of withdrawing and rewriting the Clean Power Plan, the centerpiece of Mr. Obama’s policies to fight global warming. (see June 1)

March 28, 2019: the U.S. Supreme Court blocked the execution of a Buddhist inmate on death row because prison officials had not let his spiritual adviser be present in the execution chamber, even though they provide chaplains for inmates of some other faiths.

This case is in contrast to a similar case on February 7 this year, in which the high court permitted the execution of a Muslim inmate who could not have his imam with him at the moment of death. The court provided no explanation for the different result.

Legal scholars said the new decision sent a message that religious discrimination by government officials is never acceptable — and it might be a way for the court to deal with the criticism it faced after it let the Muslim inmate die. (see May 28)

March 28, 2019: President Trump announced that a proposed $18 million cut in Special Olympics funding had been withdrawn.