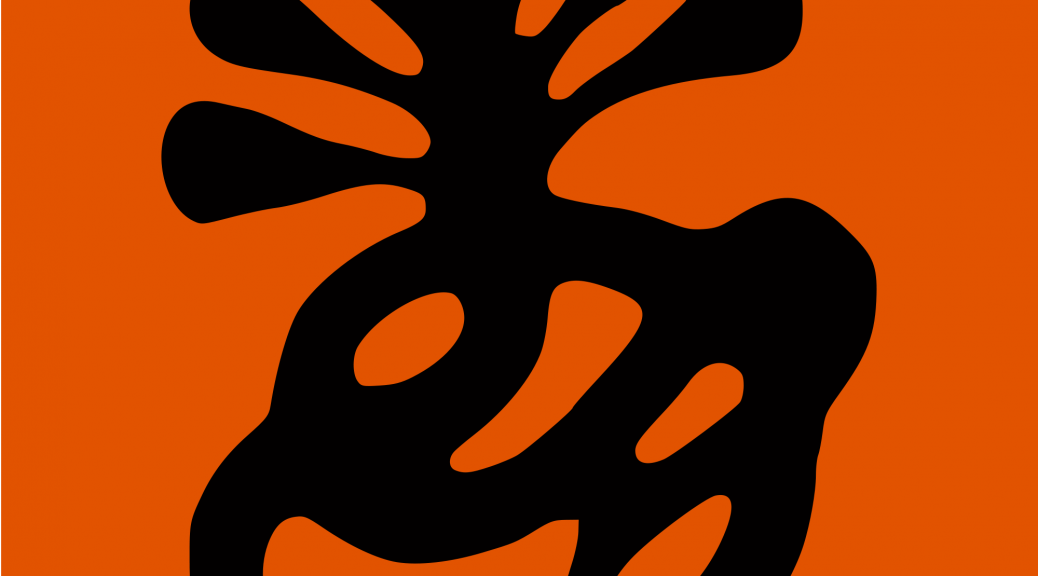 History fills every day. In 1917, suffragists finally got a foothold in New York when women there won the right to vote. Three years later, women voted nationally for the first time. The US government offered citizenship to Native American veterans.Few of us have heard of Rudolph Anderson, but he was the only US fatality during the Cuban Missile Crisis. And when the Symbionese Liberation Army first struck, we’d never heard that name, either.

November 6, 2006: mid-term elections resulted in the Democrats gaining control of both houses of Congress; Nancy Pelosi became the first female Speaker of the House. (see January 4, 2007)

Native Americans were not considered citizens of the United States despite the obvious fact that they were born and lived here for thousands of years before there even was a United States. Native Americans fought in support of US troops in every was. On November 6, 1919, Congress enacted the 1919 American Indian Citizenship Act, but it did not grant automatic citizenship to American Indian veterans who had received an honorable discharge. The Act merely authorized those American Indian veterans who wanted to become American citizens to apply for and be granted citizenship. Few Indians actually followed through on the process.

“BE IT ENACTED . . . that every American Indian who served in the Military or Naval Establishments of the United States during the war against the Imperial German Government, and who has received or who shall hereafter receive an honorable discharge, if not now a citizen and if he so desires, shall, on proof of such discharge and after proper identification before a court of competent jurisdiction, and without other examination except as prescribed by said court, be granted full citizenship with all the privileges pertaining thereto, without in any manner impairing or otherwise affecting the property rights, individuals or tribal, of any such Indian or his interest in tribal or other Indian property.”

(click for a longer article on citizenship and Native Americans around this time >>> Daily Kos) (see June 2, 1924)

November 6, 1922: a coal mine explosion in Spangler, Pa., killed 79. The mine had been rated gaseous in 1918, but at the insistence of new operators it was rated as non-gaseous even though miners had been burned by gas on at least four occasions (see April 2, 1923)

The District responded that it was too small to qualify as an “employer.”  The Court noted that the Equal Employment Opportunity Commission had, for 30 years, interpreted the ADEA to cover political subdivisions regardless of size, and a majority of the states impose age discrimination proscriptions on political subdivisions with no numerical threshold. (see January 14, 2019)

November 6, 1946: the Republican Party won a majority in both the House and Senate, ushering in a major revival of institutional anticommunist activity, publicly spearheaded by the House Un-American Activities Committee (HUAC). Joe McCarthy won election to the U.S. Senate from Wisconsin.

In 1947,the House on Un-American Activities decided not to investigate the Ku Klux Klan’s violent actions. HUAC’s chief counsel, Ernest Adamson, announced: “The committee has decided that it lacks sufficient data on which to base a probe,” HUAC member John Rankin added: “After all, the KKK is an old American institution.”

It was reported that from 1947 – 1949 Senator Joe McCarthy had accepted kickbacks from Pepsi Cola totaling $20,000 in exchange for helping Pepsi to circumvent the post-war sugar rationing.   He also received another $10,000 from entrepreneurs in the pre-fabricated housing industry.  Shortly thereafter, McCarthy joined the Senate Housing Committee and went on the road to speak out against public housing for veterans, extolling the benefits of the pre-fabricated home and offering it as an alternative. (FH, see May 3, 1948: RS, see Feb 17)

November 6, 1962: during the Cuban Missile Crisis on October 27, US Air Force pilot Rudolph Anderson took off in a U-2F (spy plane) from McCoy Air Force Base in Orlando Florida.

A few hours into his mission, he was shot down by a Soviet-supplied surface-to-air missile near Banes, Cuba. Anderson was killed when shrapnel from the exploding proximity warhead punctured his pressure suit causing it to decompress at high altitude.

On October 31, Acting United Nations Secretary U Thant returned from a visit with Premier Fidel Castro and announced that Anderson was dead.

November 6, 1962: the United Nations General Assembly passed Resolution 1761, which condemned Apartheid in South Africa and called on member-nations to boycott the country. The Resolution also set up a Special Committee against Apartheid. [PDF] (see July 11, 1963)

November 6, 1950: Graham enlisted in the US Marine Corps. His “birth certificate” indicated he was 17. He was actually 12. (see Calvin Graham for expanded story)

Reagan carried 49 states in the electoral college; Mondale won only his home state of Minnesota by a mere 3,761 vote margin and the District of Columbia.

November 6, 2012, Barak Obama re-elected President. A protest at the University of Mississippi against his re-election grew into crowd of about 400 people with shouted racial slurs. Two people were arrested on minor charges. The university said that the gathering at the student union began late Tuesday night with about 30 to 40 students, but grew within 20 minutes as word spread. Some students chanted political slogans while others used derogatory racial statements and profanity, the statement said.

November 6, 1965:  promoter Bill Graham put on his first show, a benefit for the radical San Francisco Mime Troupe at the Calliope Warehouse in San Francisco. He did it to raise money for a legal defense fund for a member of the troupe who been arrested a few days earlier. The troupe’s offices were in the warehouse and they figured they could hold about 400 – 500 people. The donation to get in was “at least $1.00”. About 4000 people showed up.

For entertainment, Bill hired a band who also rehearsed in the same warehouse. The band was the Jefferson Airplane. They played 3 songs. Also on the bill were The Fugs and Lawrence Ferlinghetti. (see Dec 10)

Get Off My Cloud

November 6 – 8, 1969: Livingston Gym, Denison University (Granville, OH). The Who. The Spirit and Johnny Winter. Supporting acts: Owen B, The Dust

November 6, 2018:  on election day four states had a marijuana-related propositions. Here were the results:

November 6, 2013: Burt Neuborne, a law professor at New York University, filed a legal brief in the federal appeals court in Manhattan on behalf of Judge Scheindlin, asking that he and a team of four other prominent lawyers be allowed to challenge the order disqualifying her from the stop-and-frisk case. The motion called the order removing her from the case procedurally deficient, inaccurate and unwarranted, and asked that it be vacated or reviewed by the full appeals court.  (NYT article) (see Nov 13)

November 6, 2018:  Kim Davis lost her bid for re-election. Davis, who switched to the Republican Party before the election, faced Democrat Elwood Caudill. Caudill won 54% of the approximately 7,800 votes cast in the race. [LGBTQ Nation article] (next Kim Davis, see October 5, 2020)

November 6, 2014:  the Archdiocese of Chicago released thousands of internal documents showing how it hid the sexual abuse of children by 36 priests, adding to similar disclosures made earlier this year and fulfilling a pledge by Cardinal Francis George to release the files before he retired.

“We cannot change the past but we hope we can rebuild trust through honest and open dialogue,” George said in a statement. “Child abuse is a crime and a sin.”

In January, the archdiocese had released 6,000 documents on 30 abusive priests as part of a legal settlement with victims, and on this day posted online 15,000 more records related to 36 others and involving abuse allegations dating to the early 1950s. The files only covered cases in which the archdiocese substantiated the abuse, and did not include those against priests who died before their accusers came forward or those who served in religious orders. [AP News article]  (see April 21, 2015)

November 6, 2015: President Barack Obama rejected the proposed Keystone XL oil pipeline from Canada in a victory for environmentalists who campaigned against the project for more than seven years.

“The pipeline would not make a meaningful long-term contribution to our economy,” Obama told a press conference. He said it would not reduce gasoline prices, and shipping “dirtier” crude from Canada would not increase U.S. energy security. [Reuters article] (see Dec 12)

November 6, 2016: Denver Broncos linebacker Brandon Marshall decided to stand during the anthem again. Before the Broncos’ Sunday Night Football matchup against the Raiders, Marshall explained in an Instagram post why he would no longer kneel during the national anthem.

“I’m encouraged with the many productive discussions and progress that has taken place as the Denver Police department has decided to review its use of force policy, ” Marshall wrote. “I’m proud to have joined so many of my peers throughout sports who’ve also made their own statements.”   [Denver Post article](CK, see March 1, 2017; FS, see March 2, 2017)

November 6, 2017:  the Trump administration gave 2,500 Nicaraguans with provisional residency 14 months to leave the United States, announcing that it would not renew the Temporary Protected Status (TPS) designation that has allowed them to remain in the country for nearly two decades.

Trump officials deferred a decision for the much larger group of 57,000 Hondurans who had been living in the United States with the same designation, saying the Department of Homeland Security needed more time to consider their fate. [Washington Post article]  (IH, see Nov 13; Hondurans, see May 4, 2018)

November 6, 2019: Judge John Kronstadt ruled that the U.S. government must provide mental health services to thousands of migrant parents and children who were separated under the Trump administration’s zero-tolerance immigration policy,.

Kronstadt found that the government had taken “affirmative steps to implement the zero-tolerance policy” which subsequently caused “severe mental trauma to parents and their children.” Kronstadt issued a preliminary injunction that would require the government to immediately make mental health resources available to migrants who experienced the forced separation—which includes screenings, counseling, and other services.

The judge also said the Trump administration could be held accountable for the psychological harm that the family separation policy caused. [NYT story] (see Nov 13)

November 6, 2017: the Supreme Court allowed the execution of  Vernon Madison, an  Alabama inmate who, after several strokes, could not remember the 1985 murder that sent him to death row.

The court’s opinion was unanimous, and there were no noted dissents, but three of the court’s more liberal justices filed concurring opinions saying the case presented a substantial legal question to which the court should return. [AL article] (see January 8, 2018)

November 6, 2019: Benjamin Schreiber was found guilty of first-degree murder in 1997 and sentenced to life behind bars without the possibility of parole.

According to court records , he was hospitalized in March 2015 after large kidney stones caused him to develop septic poisoning. He was rushed from the Iowa State Penitentiary to the hospital in 2015, where his heart was restarted five times. He had signed a “do not resuscitate” agreement years earlier and claimed after recovering that his life sentence was fulfilled in his short-lived death.

A district court denied Schreiber’s request, writing that it found his claim “unpersuasive and without merit,” and on this date Judge Amanda Potterfield affirmed that district court’s decision.

Potterfield wrote, “Schreiber is either still alive, in which case he must remain in prison, or he is actually dead, in which case this appeal is moot” and that Schreiber’s sentence isn’t up until a medical examiner declares he is deceased. (see Nov 20)

November 6, 2019: federal Judge Paul A. Engelmayer ruled in New York struck down a May 2, 2019 rule  letting health care clinicians object to providing abortions and other services on moral or religious grounds.

The had rule let clinicians object to providing abortions and other services that conflict with their moral and religious beliefs. [PBS story] (next WH, see Dec 9)