Before 1845, states determined Election Day, but since then Election Day has officially been the first Tuesday after the first Monday. Thus November 8 is the latest that an election day can be.

By why Tuesday? In the 19th century most people still lived on farms and had to travel to vote. Traveling on Sunday was “forbidden” for many Christians and Wednesday was typically market day. Tuesday it was.

We have had six November 8 presidential elections since then:

November 8, 1895: physicist Wilhelm Conrad Rontgen became the first person to observe X-rays, a significant scientific advancement that would ultimately benefit a variety of fields, most of all medicine, by making the invisible visible. Rontgen’s discovery occurred accidentally in his Wurzburg, Germany, lab, where he was testing whether cathode rays could pass through glass when he noticed a glow coming from a nearby chemically coated screen. He dubbed the rays that caused this glow X-rays because of their unknown nature. (see Dec 28)

November 8, 1889: group of 40 white men took 18-year-old black Orion “Owen” Anderson from jail in Leesburg, Virginia and lynched him. Anderson was alleged to have worn a sack on his head and frightened the daughter of a prominent white man on her walk to school.

Though there were no witnesses to the “incident” and the girl could not identify her “attacker,” Anderson was arrested after a sack was found near him. He was jailed under accusation of attempted assault, and later reports claimed he confessed.

The vigilante group all wore wore. They took Anderson from his cell, carried him to the freight depot of the Richmond & Danville Railroad, hanged him, and shot his body full of bullets.

Leesburg’s newspaper, the Mirror, reported the lynching on November 14th, calling it “a terrible warning,” and stating, “The fate of the self-confessed author of the outrage should serve as a terrible admonition to the violators of the law for the protection of female virtue.” [EJI article] (next BH, see July 10, 1890; see 19th century for expanded lynching chronology)

November 8, 1898: in two days of racial violence, a mob of whites, led by some of Wilmington NC’s most respected and influential citizens, destroyed the state’s only daily African American newspaper. Coroner reports confirmed nine blacks were killed; some estimate hundreds died. Scores of others were driven from their homes.

Originally described as a race riot, it is now observed as a coup d’etat with insurgents having overthrown the legitimately elected local government, the only such event in US history.

Two days after the election of a Fusionist white Mayor and biracial city council, Democratic Party white supremacists illegally seized power from the elected government. More than 1500 white men participated in an attack on the black newspaper, burning down the building. They ran officials and community leaders out of the city, and killed many blacks in widespread attacks, but especially destroyed the Brooklyn neighborhood. They took photographs of each other during the events. T

he Wilmington Light Infantry and federal Naval Reserves, told to quell the riot, used rapid-fire weapons and killed several black men in the Brooklyn neighborhood. Both black and white residents later appealed for help after the riot to President William McKinley, who did not respond. More than 2,000 blacks left the city permanently, turning it from a black-majority to a white-majority city. (next BH, see April 23, 1899; RR, see August 14, 1908)

November 8, 1932: Franklin D. Roosevelt elected president. After he helped found the National Foundation for Infantile Paralysis (now known as the March of Dimes). His leadership in this organization is one reason he is commemorated on the dime.

In 1935, to protest the fact that their requests for employment with the Works Progress Administration (WPA) have been stamped ‘PH’ (physically handicapped), 300 members of the League for the Physically Handicapped stage a nine-day sit in at the Home Relief Bureau of New York City. Eventually, they help secure several thousand jobs nationwide. The League of the Physically Handicapped is accepted as the first organization of people with disabilities by people with disabilities. (see August 14, 1935) 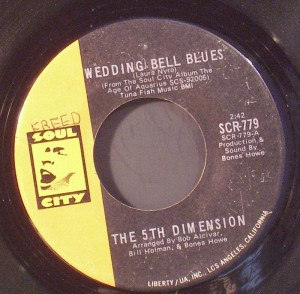 “Laura Nyro wrote and recorded the  song in 1966. The harmonica in the beginning of hers sounds like somebody’s cell phone went off during the recording. Guess not, eh?

November 8, 1972: the premium cable TV network HBO (Home Box Office) made its debut. The first program and film broadcast on the channel, the 1971 movie Sometimes a Great Notion. It  was transmitted that evening to 325 Service Electric subscribers in Wilkes-Barre (a plaque commemorating this event is located at Public Square in downtown Wilkes-Barre).

Home Box Office broadcast its first sports event immediately after the film: an NHL game between the New York Rangers and the Vancouver Canucks from Madison Square Garden. (see February 9, 1973)

November 8, 1977, LGBT: Harvey Milk won a seat on the San Francisco Board of Supervisors and was responsible for introducing a gay rights ordinance protecting gays and lesbians from being fired from their jobs. Milk also led a successful campaign against Proposition 6, an initiative forbidding homosexual teachers. (see November 18, 1977

November 8, 1978: The Indian Child Welfare Act of 1978 (ICWA) enacted. It governed jurisdiction over the removal of Native American children from their families.

As Louis La Rose (Winnebago Tribe of Nebraska) testified: “I think the cruelest trick that the white man has ever done to Indian children is to take them into adoption court, erase all of their records and send them off to some nebulous family … residing in a white community and he goes back to the reservation and he has absolutely no idea who his relatives are, and they effectively make him a non-person and I think … they destroy him.” (click for more information >>> ICWA) (Native Americans, see July 2, 1979; Supreme Court decision re the ICWA, see June 25, 2013)

November 8, 2006:  Donald Rumsfeld announced he would resign as Secretary of Defense. (see Nov 9)

November 8, 2017: the Trump administration tightened the economic embargo on Cuba, restricting Americans from access to hotels, stores and other businesses tied to the Cuban military.

Americans wishing to visit Cuba will once again have to go through authorized tour operators, and tour guides will have to accompany the groups — making such trips more expensive.  [CNN article] (see January 17, 2018)

November 8, 2018:  the Associated Press reported that Bishop W. Shawn McKnight of the Diocese of Jefferson City, Missouri announced that thirty-three priests or religious were “credibly accused” and/or removed from the ministry over sexual abuse of minors.

McKnight released a complete list of the names that followed an internal investigation begun in February 2018. The list included 25 priests from the diocese, three priests from other areas who previously served in the Jefferson City diocese, and five members of a religious order. (see Nov 12)