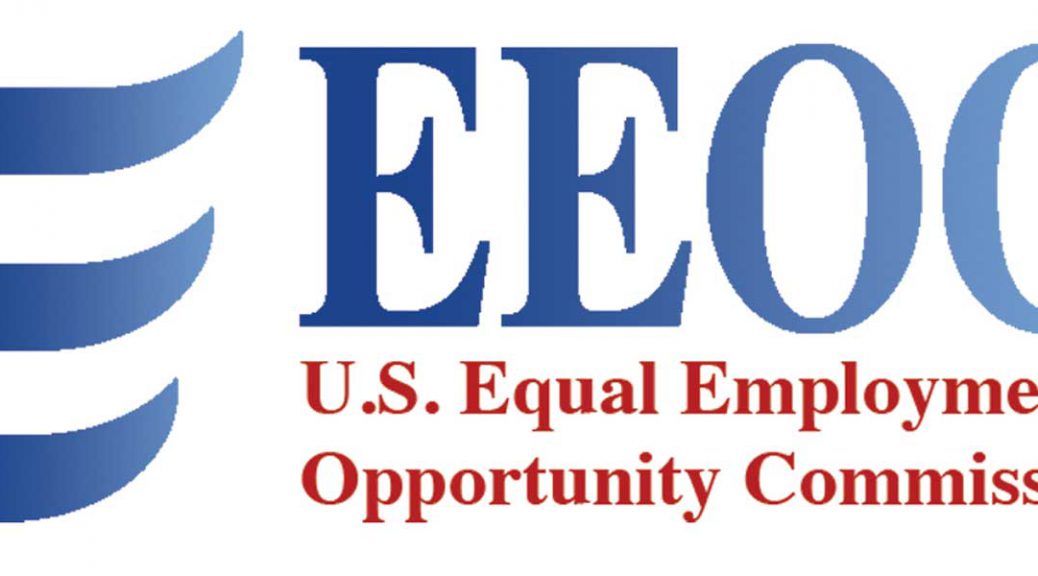 July 2, 1777: after declaring independence from New York in January 1777, the citizens of Vermont developed their own constitution, which contained “A Declaration of the Rights of the Inhabitants of the State of Vermont.” This declaration affirmed that all men were born free and that no male over age 21 or female over age 18 could serve another in the role of servant, slave, or apprentice whether “born in the country, or brought from over sea.” Thus, with the ratification of its constitution on July 2, 1777, Vermont became the first North American territory to abolish slavery. [Slave North dot com article] (see March 1, 1780)

July 2, 1839: Joseph Cinqué led fifty-two fellow captive Africans, recently abducted from the British protectorate of Sierra Leone by Portuguese slave traders, in a revolt aboard the Spanish schooner Amistad. The ship’s navigator, who was spared in order to direct the ship back to western Africa, managed, instead, to steer it northward. When the Amistad was discovered off the coast of Long Island, New York, it was hauled into New London, Connecticut by the U.S. Navy.

President Martin Van Buren, guided in part by his desire to woo pro-slavery votes in his upcoming bid for reelection, wanted the prisoners returned to Spanish authorities in Cuba to stand trial for mutiny. A Connecticut judge, however, issued a ruling recognizing the defendants’ rights as free citizens and ordering the U.S. government to escort them back to Africa. [NPS article] (see Aug 26) 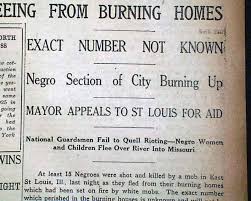 July 2, 1917: the city exploded in the worst racial rioting the country had ever seen. Most of the violence — drive-by shootings, beatings, and arson — targeted the African American community. The riots raged for nearly a week, leaving nine whites and hundreds of African Americans dead, and property damage estimated at close to $400,000. More than six thousand black citizens, fearing for their lives, fled the city. [Smithsonian article] (BH, see July 8; RR, see Aug 23)

July 2, 1874: Lieutenant Colonel George Custer departed from Fort Abraham Lincoln with some 1,000 soldiers and 70 Indian scouts on a 1200 mile expedition to chart the Black Hills of eastern Wyoming and western South Dakota, land which belonged to the Sioux. (see August 2, 1874)

July 2, 1979: in United States v. Washington the US Supreme Court reaffirmed an earlier decision by US District Judge George Hugo Boldt that most Washington tribes may act as “co-managers”, alongside the state, of salmon and continue to harvest it. Justice John Paul Stevens delivered the opinion of the court, writing that “Both sides have a right, secured by treaty, to take a fair share of the available fish.” [DoJ article] (see July 25) 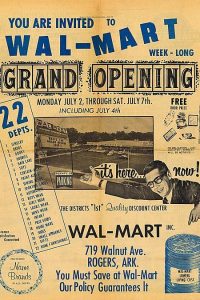 July 2, 1964: President Johnson signed the Civil Rights Act of 1964. Title VII of the Act prohibited discrimination by covered employers on the basis of race, color, religion, sex or national origin but it does not make any provision for people with disabilities. Individuals with disabilities still lacked opportunities to participate in and be contributing members of society, were denied access to employment, and were discriminated against based on disability.

In 1965: Title XIX (19) of the Social Security Act created a cooperative federal/state entitlement program, known as Medicaid, that paid medical costs for certain individuals with disabilities and families with low incomes. [BIA article] 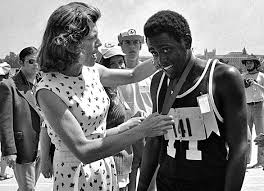 In 1962, Eunice Kennedy Shriver had founded the Camp Shriver to provide athletic training and competition for persons with intellectual disabilities. By 1968, the organization had grown into an international program enabling more than one million young people and adults to participate in 23 Olympic-type sports. 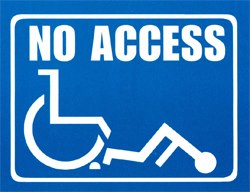 Also in 1968, The Architectural Barriers Act of 1968 mandated the removal of what is perceived to be the most significant obstacle to employment for people with disabilities—the physical design of the buildings and facilities on the job. The act requires that all buildings designed, constructed, altered, or leased with federal funds to be made accessible. (BH, see July 9;  Feminism, see July 13 – 16, 1964; ADA, see June 19, 1970)

see Strangers in the Night for much more

The [Bumpy] Road to Bethel

July 2, 1969: town meeting in Wallkill with many voicing highly critical views of festival. After the public meeting the council passed an ordinance severely curtailing public events. Woodstock Ventures would have an opportunity at a later meeting to show compliance with the various parts of the ordinance. (see July 4 – 5)

July 2, 1967: Alpha and Bravo Companies, 1st Battalion 9th Marines made their way up north on Highway 561 and secured a crossroad as their first objective. As they went further north between Gia Binh and An Kha, near a place called “The Market Place”, they made contact with the elements of the NVA 90th Regiment when sniper fire began to break out, enemy fire intensified as efforts were made by the 3rd Platoon to suppress it.

The NVA used flamethrowers in combat for the first time setting fire to hedgerows along Highway 561 forcing the Marines out into the open, exposing them to artillery, mortar and small arms fire, causing heavy casualties on A and B Companies and prevented them from linking up. B Company Headquarters was wiped out when a single NVA artillery round exploded within the command group.

Out of nearly 400 Marines, the two Companies suffered 84 killed, 190 wounded and 9 missing making this the worst one-day loss for the Marines in Vietnam. (see July 11) 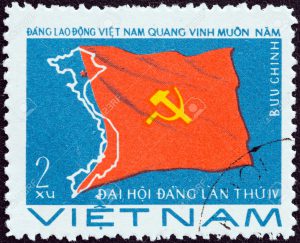 July 2, 1976: in Gregg v. Georgia,  the Supreme Court upheld the constitutionality of three state death penalty laws that had been passed following Furman v. Georgia [June 29, 1972]. In Furman, the Court had held that the death penalty as applied was unconstitutional because of a lack of procedural safeguards. Following the Furman decision, the newly approved death penalty laws included a bifurcated jury process that separated the decision on guilt from the decision on the sentence, specification of aggravating and mitigating circumstances to guide jury decision-making, and appellate review of death sentences. (see January 17, 1977)

July 2, 1982, The US Supreme Court (Endmund v. Florida) overturned [in a 5-4 vote] the death sentence of a man who was convicted of the robbery and murder of an elderly couple in Florida. Endmund had not directly participated in the murders himself, but had only drive the getaway car. This was enough, under Florida law, to make him a ‘constructive aider and abettor‘ in the killings, and so liable to the death penalty. However, a majority of five of the Supreme Court justices ruled that this is not enough to subject him to the death penalty, since they find Endmund had no intent to kill. (see December 2, 1982)

July 2, 1979:  the Supreme Court ruled, in Bellotti v. Baird, that teenagers were not required to obtain parental consent for an abortion. The decision, however, left questions about the extent of the rights of minors on decisions regarding abortion. In June 1990, in Minnesota v. Hodgson, the Court invalidated a Minnesota requirement that minors obtain the consent of both parents, but approved the constitutionality of a judicial “by-pass” by which a minor, in certain circumstances, could obtain judicial approval for an abortion rather than parental consent. (see March 23, 1981)

July 2, 1979, : Sony introduced the Walkman, the first portable audio cassette player. Over the next 30 years they sold over 385 million Walkmans in cassette, CD, mini-disc and digital file versions, and were the market leaders until the arrival of Apple’s iPod and other new digital devices. [Time article]

July 2, 2019: Judge Marsha J. Pechman of United States District Court for the Western District of Washington blocked an order by Attorney General William P. Barr that would have kept thousands of migrants detained indefinitely while waiting for their asylum cases to be decided.

Pechman described the order, which would have denied some migrants a bail hearing, as unconstitutional. Under a preliminary injunction, Judge Pechman said migrants must be granted a bond hearing within seven days of a request or be released if they have not received a hearing in that time.

“The court finds that plaintiffs have established a constitutionally protected interest in their liberty, a right to due process, which includes a hearing before a neutral decision maker to assess the necessity of their detention and a likelihood of success on the merits of that issue,” Judge Pechman wrote. [NYT article] (next C & P, see Sept 24)

July 2, 2019: a report by the Department of Homeland Security’s Office of Inspector General reported that overcrowded, squalid conditions were more widespread at migrant centers along the southern border than initially revealed, The report described standing-room-only cells, children without showers and hot meals, and detainees clamoring desperately for release.

The findings were released as House Democrats detailed their own findings at migrant holding centers and pressed the agency to answer for the mistreatment not only of migrants but also of their own colleagues, who had been threatened on social media. [NYT article] (next IH, see )

July 2, 2019: the Trump administration abandoned its quest to add a citizenship question to the 2020 census, a week after being blocked by the Supreme Court.

Faced with mounting deadlines and a protracted legal fight, officials ordered the Census Bureau to start printing forms for next year’s head count without the question.

The decision was a victory for critics who said the question was part of an administration effort to skew the census results in favor of Republicans.  [NYT article] (next IH & Census, see July 3)