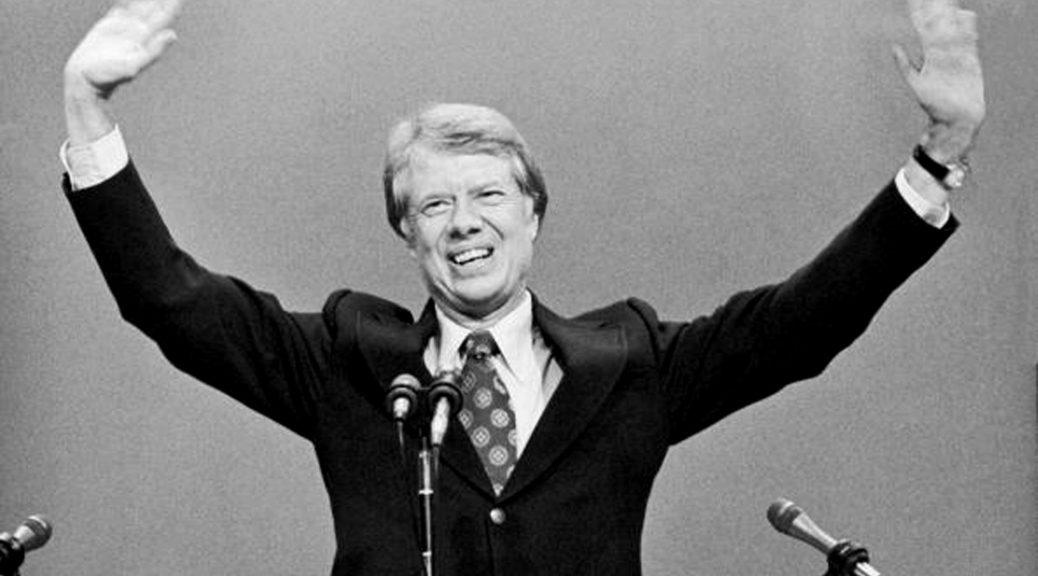 In an afternoon session that day, a not guilty plea is entered on Scopes’ behalf. Each side presents its opening statements. The prosecution questioned the superintendent of schools and two of Scopes’ students, who testify that Scopes taught his class about evolution. The defense questioned zoologist Maynard Metcalf, who testified that evolution was a widely embraced theory in the scientific community. (see Scopes for expanded story)

Lynch law for blacks only

July 15, 1930: Senator Coleman L Blease advocated a lynch law for Blacks (only) who were guilty (more often not) of assaulting white women. “Whenever the Constitution comes between me and the virtue of the white women of South Carolina, I say ‘To hell with the Constitution.’ “ “Assaulting” could have a much broader interpretation and might simply mean “speaking to a white woman.” (next BH & Lunching, see Aug 7; see Blease for expanded story; see AL3 for expanded chronology of early 20th century lynching)

July 15, 1931: after leading fierce battles on behalf of sharecroppers and tenant farmers in Alabama, Ralph Gray, a leader of the Croppers’ and Farm Workers Union in Tallapoosa County, was brutally murdered July 15, 1931, by a heavily armed white mob, organized by the county’s sheriff. [Encyclopedia of Alabama article]  (Labor, see March 7, 1932; BH, see April 2, 1933)

July 15, 2015: authorities responded to an early morning fire at Houston’s Fifth Ward Missionary Baptist Church, the latest in a rash of burnings at predominantly black religious institutions. Nobody was injured, but the Texas church was “significantly damaged,” KHOU reported. It took firefighters about 30 minutes to extinguish the flames. (BH, see Sept 8; CB, see Oct 30)

“Although the Fair Housing Act has succeeded in eliminating the most blatant forms of discrimination that were common 50 years ago, the U.S. housing market is still highly segmented along racial lines,” said Michela Zonta, senior policy analyst at CAP. “The legacy of federal redlining and discriminatory housing policies and private practices is still visible today, as housing discrimination has taken different forms and African American neighborhoods continue to be devalued compared with white neighborhoods.” (next BH, see July 25; next FH, see In November) July 15, 1948:  the Democratic Party Convention nominated President Truman to run as its candidate for president. Northern liberals succeed in including a strong civil rights plank in the party platform, leading to the defection of conservative Southern Democrats to the segregationist States Rights (or Dixiecrat) Party.  [text of Truman’s acceptance speech] (see July 17, 1948)

July 15, 2015: the conviction and eventual execution of  Ethel Rosenberg for joining in her husband Julius’s espionage conspiracy rested largely on trial testimony from her younger brother, but in private testimony to a grand jury seven months before the 1951 trial, Mrs. Rosenberg’s brother, David Greenglass, never mentioned involvement by his sister in Mr. Rosenberg’s delivery of atomic secrets to Soviet operatives, according to a grand jury transcript released on this day.

While not definitive proof that he lied at trial, Mr. Greenglass’s omission — and his assertion before the grand jury that he had never even discussed espionage with his sister — provided further evidence to Mrs. Rosenberg’s defenders who believe that she was unfairly convicted, and that her brother, under pressure from prosecutors, had doomed her with concocted testimony to spare his own wife from prosecution. [NYT article]  (Cold War, see July 20; DP, see Aug 7; Nuclear, see Sept 2)

July 15, 1949: the American Housing Act of 1949 expanded the federal government’s role in mortgage insurance and issuance and the construction of public housing. It was part of President Harry Truman’s program of domestic legislation, the Fair Deal. Truman stated at the signing: This far-reaching measure is of great significance to the welfare of the American people. It opens up the prospect of decent homes in wholesome surroundings for low-income families now living in the squalor of the slums. It equips the Federal Government, for the first time, with effective means for aiding cities in the vital task of clearing slums and rebuilding blighted areas. It authorizes a comprehensive program of housing research aimed at reducing housing costs and raising housing standards. It initiates a program to help farmers obtain better homes. text of Truman’s statement when signing the bill into law[] July 15,1958: John Lennon’s mother, Julia was visiting her sister Mimi’s house where her John was living. Shortly after leaving Mimi’s house, while crossing the road to get to a bus stop, she was struck by a car driven by an off-duty policeman, 24-year-old Eric Clague. Contrary to some reports, Clague was not drunk at the time and he was driving under the 30mph speed limit. He was, however, a learner driver who was unaccompanied. “Julia,” “Mother,” and “My Mummy’s Dead.” are Lennon songs dedicated to or inspired by Julia.

In 1959 Tony Sheridan joined Vince Taylor and the Playboys in Hamburg, Germany where they would play. The band would eventually morph into the Beat Brothers with a line-up consisting of Tony Sheridan (vocals/guitar), Ken Packwood (drums), Rick Richards (guitar), Colin Melander (bass), Ian Hines (keyboards) and Jimmy Doyle (drums). Over the years the band’s line-up would continue to see many personnel changes. Some of the most notable inclusions were: Ringo Starr, Roy Young, Rikky Barnes, John Lennon, Paul McCartney, George Harrison and Pete Best. (see August 1959)

July 15, 1969:   in a closed session at the town hall, the Wallkill Zoning Board of Appeals passed judgment on the status of Woodstock Venture’s application for a permit. The five-member board refused to allow the festival to build anything on the 200-acre site. (see Chronology for expanded story)

July 15, 1972: Bob Dylan attended the Mariposa Folk Festival on Toronto Center Island. He tried to remain nondescript, but he was recognized and fans mobbed around him. Eventually, police had to escort him off the island. (see Nov 13)

July 15, 2002: John Walker Lindh pleaded guilty to aiding the enemy and possession of explosives during the commission of a felony.

July 15, 1969: Nixon sent a letter to Ho Chi Minh stating “I realize that it is difficult to communicate meaningfully across the gulf of four years of war,…but I wanted to take this opportunity to reaffirm in all solemnity my desire to work for a just peace.” Nixon warned, thought, that unless there was a breakthrough in negotiations by November, the would have no choice but to take “Measures of great consequence and force.” [full text] (see Aug 4)

End of the Space Race

July 15 – 24, 1975: the last Apollo mission carried Donald K. “Deke” Slayton, Tom Stafford, and Vance Brand. Slayton was one of the original Mercury astronauts, but had not previously flown in space due to a heart fibrillation. In orbit, they docked with a Soviet Soyuz spacecraft. The mission proved the compatibility of the two space programs and paved the way for future collaborations and rescue missions. [NASA article] (see Space, February 7, 1984)

July 15, 1978: “The Longest Walk” entered Washington, D.C., with several thousand Indians and a number of non-Indian supporters. The traditional elders led them to the Washington Monument, where the Pipe carried across the country was smoked. Over the following week, they held rallies at various sites to address issues: the 11 pieces of legislation, American Indian political prisoners, forced relocation at Big Mountain, the Navajo Nation, etc. Non-Indian supporters included the American boxer Muhammad Ali, US Senator Ted Kennedy and the actor Marlon Brando. The US Congress voted against a proposed bill to abrogate treaties with Indian Nations. During the week after the activists arrived, Congress passed the American Indian Religious Freedom Act, which allowed them the use of peyote in worship. President Jimmy Carter refused to meet with representatives of The Longest Walk. (see Aug 11)

July 15, 2013: th return to Alcatraz begin in Washington D.C. to travel to Alcatraz by December 22, 2013. The stated purpose of this Walk was to reaffirm the heart of Traditional Tribal Sovereignty rooted in Ceremony and land based spiritual relationships. (see July 17)

July 15, 1995: with great ambitions reflected by naming itself after the world’s largest river, Amazon officially opened for business as an online bookseller. Within a month, the retailer had shipped books to all 50 U.S. states and to 45 countries. (see February 13, 2000)

July 15, 2004: the National Labor Relations Board reversed itself and ruled that students who worked as research and teaching assistants did not have the right to unionize. In a case involving Brown University, the labor board ruled 3 to 2 that graduate teaching and research assistants were essentially students, not workers, and thus should not have the right to unionize to negotiate over wages, benefits and other conditions of employment. [Brown University article] (see Sept 15)

July 15, 2013: Foxconn reportedly raised the age requirement for new workers being recruited for its factory in Zhengzhou, China, The contract manufacturing giant required new workers at the facility to be at least 23 years old, whereas 18 was previously the minimum age. A maximum age of 40 for new recruits remains the same, according to the Taiwanese tech journal. [PC Magazine article]

July 15, 2007: the Los Angeles Archdiocese settled 508 cases of alleged sexual abuse by priests for a record-breaking pay-out of $660m. The deal is reached just before the scheduled start of a series of trials into abuse claims dating back to the 1940s. [NYT article] (see Sept 7)

July 15, 2019: the Trump administration unveiled a new rule to bar almost all immigrants from applying for asylum at the southern border, requiring them to first pursue safe haven in a third country through which they had traveled on the way to the United States.

The Department of Homeland Security, in a statement issued with the Department of Justice, said the rule would set a “new bar” for immigrants “by placing further restrictions or limitations on eligibility for aliens who seek asylum in the United States.” (see July 24)

July 15, 2019: the Trump administration announced that family planning clinics that the federal government funded had to stop  stop referring women for abortions, The Health and Human Services (HHS) Department formally notified clinics that it would begin enforcing the ban on abortion referrals, along with a requirement that clinics maintain separate finances from facilities that provide abortions.

In addition to the rule on separate finances, another requirement that both kinds of facilities cannot be under the same roof would take effect in 2020. [CBS News story] (see July 22)