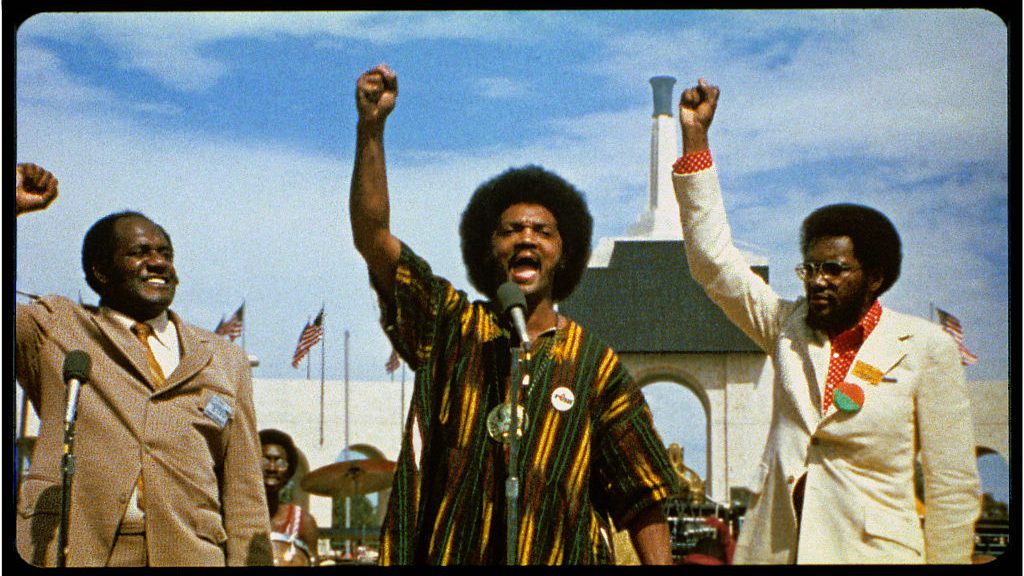 August 20, 1866:  the newly organized National Labor Union called on Congress to mandate an eight-hour workday. A coalition of skilled and unskilled workers, farmers, and reformers, the National Labor Union was created to pressure Congress to enact labor reforms. It dissolved in 1873 following a disappointing venture into third-party politics in the 1872 presidential election.

Although the National Labor Union failed to persuade Congress to shorten the workday, its efforts heightened public awareness of labor issues and increased public support for labor reform in the 1870s and 1880s. [America’s Library article]

Order of the Knights of St Crispin August 20, 1920: Tennessee became the thirty-sixth and last state needed to ratify the Nineteenth Amendment. The state’s decision came down to 23-year-old Representative Harry T. Burn, a Republican from McMinn County, to cast the deciding vote. Although Burn opposed the amendment, his mother convinced him to approve it. (Mrs. Burn reportedly wrote to her son: “Don’t forget to be a good boy and help Mrs. Catt put the ‘rat’ in ratification.”) With Burn’s vote, the 19th Amendment was ratified. [History dot com article]

Anti-suffragists tried to overturn vote, but after six more days of legal maneuvering, the governor signed a certificate of ratification and mailed it to Washington, D.C., on Aug. 24.

August 20, 1955:  Mamie Till drove her son to the 63rd Street station in Chicago. They kissed goodbye, and Till boarded a southbound train headed for Mississippi. (see Till for expanded story)

August 20, 1965:  Matt Murphy, the defendants’ lawyer in the Viola Liuzzo murder, was killed in an automobile accident when he fell asleep while driving and crashed into a gas tank truck. Segregationist and former mayor of Birmingham, Art Hanes, agrees to represent three accused killers. (see Liuzzzo for expanded story)

August 20, 1965: Jonathan Myrick Daniels, valedictorian of the VMI Class of 1961 and an Episcopal Seminary student in Boston, was killed in Hayneville, Ala. He had come to Alabama to help with African-American voter registration in Lowndes County. Arrested at a demonstration and jailed, he was released with Father Richard F. Morrisroe and two female civil rights workers, Ruby Sales and Joyce Bailey. When the group, which included whites and blacks, tried to buy sodas from nearby Varner’s Cash Store, a white special deputy named Tom L. Coleman blocked their way with a shotgun and pistol. When he leveled his gun at 17-year-old Sales, Daniels pushed her away and caught the full blast of the shotgun, which killed him. When Morrisroe tried to flee with Bailey, Coleman shot Morrisroe, severely wounding him. An all-white jury acquitted Coleman, who was never tried again, and he died in 1997. In 1991, the Episcopal church designated August 14 as a day of remembrance for Daniels and all other martyrs of the civil rights movement. [VMI article]  (see Aug 27) August 20, 1972: Wattstax Concert held held at the Los Angeles Coliseum. Memphis’s Stax Records organized the event to commemorate the seventh anniversary of the Watts riots. Wattstax was seen by some as “the Afro-American answer to Woodstock”.

To enable as many members of the black community in L.A. to attend as possible, tickets were sold for only $1.00 each. The Rev Jesse Jackson gave the invocation, which included his “I Am – Somebody” poem, which was recited in a call and response with the assembled stadium crowd. (see Oct 12)

August 20, 1967:  The New York Times reported about a noise reduction system for album and tape recording developed by technicians R. and D.W. Dolby. Elektra Record’s subsidiary, Checkmate Records became the first label to use the new Dolby process in its recordings. (see Dec 3)

August 20, 1969: The Beatles completed recording Abbey Road, their 11th and final studio album. They had recorded it that year between February 22 and August 20.  The US release was October 1, 1969. The completion of the track “I Want You (She’s So Heavy)” on this date was the last time all four Beatles were together in the same studio.

Although the Beatles recorded Let It Be  mainly before Abbey Road (February 1968; January – February 1969; and January and March 1970, Let It Be would be the 12th and final studio album,  released on May 8, 1970 by the band’s Apple Records label shortly after the group announced their break-up. (see Aug 22)

August 20, 2009: for the first time William Calley spoke publicly about My Lai. In front of the Kiwanis Club of Columbus, OH, he said, “There is not a day that goes by that I do not feel remorse for what happened that day in My Lai. I feel remorse for the Vietnamese who were killed, for their families, for the American soldiers involved and their families. I am very sorry.” (see My Lai for expanded story)

August 20 > 23, 1984: Dallas, TX. Republican National Convention nominated incumbents Ronald Reagan for president and George H W Bush for vice-president. The Revolutionary Communist Youth Brigade participated in a political demonstrations Convention. The demonstrators were protesting the policies of the Reagan Administration and of certain companies based in Dallas. They marched through the streets, shouted chants, and held signs outside the offices of several companies. At one point, another demonstrator handed Gregory Lee “Joey” Johnson an American flag stolen from a flagpole outside one of the targeted buildings. When the demonstrators reached Dallas City Hall, Johnson poured kerosene on the flag and set it on fire.  [UPI article]  (see June 21, 1989) August 20, 2013: U.S. District Judge Audrey Fleissig ruled that a measure passed in St. Charles County, Mo. that baned picketing within 300 feet and one hour before or after any burial service.did not restrict Westboro Baptist Church’s first amendment rights, noting a similar measure that passed in Manchester County, Mo. in 2012.

During that case, Eighth Circuit Judge Diana Murphy argued that the ordinance, which placed limitations on picketing, “survives First Amendment scrutiny because it serves a significant government interest, it is narrowly tailored, and it leaves ample alternative channels open for communication.” (see Dec 19)

August 20, 2018: Pope Francis issued a rare letter to Catholics around the world condemning the “atrocities” of priestly sexual abuse and its cover-up, demanding greater accountability, and asking his flock to “join forces in uprooting this culture of death.”

The pope said that the church would spare no effort to ensure that such situations never happened again. But he acknowledged that much damage had already been done, and that the church had fallen short of its responsibilities, to children, and to the faithful.

“With shame and repentance, we acknowledge as an ecclesial community that we were not where we should have been, that we did not act in a timely manner, realizing the magnitude and the gravity of the damage done to so many lives,” Francis wrote. “We showed no care for the little ones; we abandoned them.”

A Vatican spokesperson said it may have been the first time a pope has addressed the world’s 1.2 billion Catholics about sexual abuse. (see Aug 26)

August 20, 2020: scientists trying to understand how much plastic humans were pumping into the ocean and how long it stick around published a study published stating that it might be much more than earlier estimates.

By some measures, the plastic trash that was floating on the surface of the water only accounts for about 1% of the plastic pollution that humans generate.

“If we are missing 99% of plastic that we thought we have put in, it has to be somewhere,” said Katsiaryna Pabortsava, a researcher at the National Oceanography Centre in the United Kingdom. [NPR story] (next EI, see Sept 14)

Beginning with the 2020 season, fans would be prohibited from wearing headdresses into the stadium, and would be asked upon arrival to remove “any face paint that is styled in a way that references or appropriates American Indian cultures and traditions.”