In his message, Johnson said that “Negroes have shown less capacity for government than any other race of people. No independent government of any form has ever been successful in their hands. On the contrary, wherever they have been left to their own devices they have shown a constant tendency to relapse into barbarism.”  [CNN article] (next BH, see May 11)

December 3, 1955: in Glendora, Mississippi. Otis Kimball, a cotton gin operator, asked Clinton Melton to fill his car up with gas. Kimball became enraged because of something having to do with this transaction, and he threatened to come back to the gas station and kill Melton. Kimball was driving the automobile of J. W. Milam, one of the men who had been acquitted of killing Emmett Till in August of 1955. Kimball did in fact return to the station with a shotgun. With no provocation, he shot and killed Melton in full view of the gas station owner and other witnesses. (see Melton for more; next Black History, see January 3, 1956)

December 3, 1965: an all-white jury found Collie Wilkins, Eugene Thomas, and William Eato guilty of the murders of Viola Liuzzo and  Leroy Moton on March 25, 1965. The three were sentenced to 10 years in prison. (see Liuzzo for expanded chronology; next BH, see Dec 9) 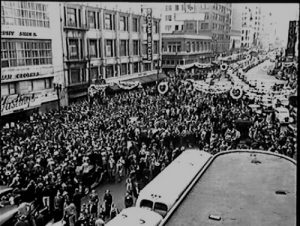 December 3, 1946: in Oakland, California, 130,000 workers from 142 unions – including workers from factories, industries, services, retail stores, transportation systems, and more – declared a “work holiday” and walked off their jobs in support of striking department store clerks and in opposition to police intervention that was facilitating strike breaking activity. The Oakland General Strike lasted for two days. (see April 7, 1947) 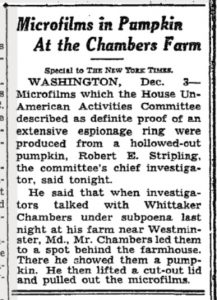 The Beatles before their US appearance

December 3, 1961: the Beatles’ had  their first formal meeting with Brian Epstein, where he proposed to them that he become their manager. The Beatles were interested, but they are not ready to make a commitment, so a second meeting is arranged for December 6. 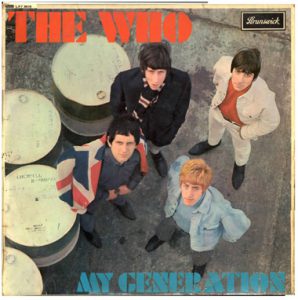 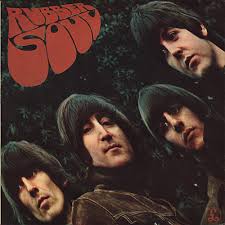 December 3, 1962: Roger Hilsman, director of the State Department Bureau of Intelligence and Research, sent a memorandum to Secretary of State Dean Rusk pointing out that the communist Viet Cong fighters were obviously prepared for a long war. (see January 2, 1963)

December 3, 2016: Lawrence Colburn, the Army helicopter gunner who along with two comrades intervened in the U.S. slaughter of unarmed villagers in My Lai, an act of heroism for which he received the Soldier’s Medal three decades after the fact, died. [NYT obit]

December 3, 1964: police arrested some 800 students at the University of California at Berkeley who had stormed the administration building the previous day and staged a massive sit-in. (see Student Free Speech Movement for expanded chronology). (FS & SA, see January 4, 1965) 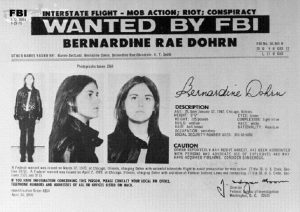 December 3, 1980: Bernardine Dohrn, a former leader of the radical Weather Underground, surrendered to authorities in Chicago after more than a decade as a fugitive.

December 3, 1989: meeting off the coast of Malta, President George Bush and Soviet leader Mikhail Gorbachev issued statements strongly suggesting that the long-standing animosities at the core of the Cold War might be coming to an end. (see May 6, 1992)

December 3, 1992: the Michigan Legislature passes a ban on assisted suicide to take effect on March 30, 1993. (see JK for expanded chronology)

December 3, 1996: following the world’s first-ever trial on the freedom to marry, led by co-counsel Dan Foley and Evan Wolfson, Hawaii Judge Kevin Chang ruled that the state did not have a legitimate reason for depriving same-sex couples of the freedom to marry.(see February 21, 1997)

December 3, 2004: after two years of talks, the Roman Catholic Diocese of Orange County reached a record settlement with 87 victims of abuse by priests and lay employees, agreeing to the largest payment ever made by the church in cases involving sexual misconduct, parties involved in the talks said.

The payment was at least $100 million, exceeding the $85 million agreed to by the Archdiocese of Boston last year, said a participant in the discussions who could not be named because of a judicial order against speaking to the news media. (NYT article) (see February 7, 2005)

December 3, 2013: a U.S. Department of Housing and Urban Development investigation found that Dallas officials promoted discrimination against minorities and the disabled through affordable-housing practices that violate federal civil rights laws.

According to a 29-page letter outlining the initial findings, “the evidence shows that there was a pattern of negative reactions to projects that would provide affordable housing in the northern sector of Dallas and that those decisions were inconsistent with the goals required by HUD program obligations.”December 3, 2015, Feminism:  Defense Secretary Ashton B. Carter said that the Pentagon will open all combat jobs to women. “There will be no exceptions,” Mr. Carter said at a news conference. The groundbreaking decision overturns a 1994 Pentagon rule that restricts women from artillery, armor, infantry and other such combat roles, even though in reality women often found themselves in combat in Iraq and Afghanistan over the past 14 years. [ProPublica article] (see June 25, 2015)

December 3, 2018: a federal appeals court did not revive a lawsuit that had tried to block Ocean Springs, Mississippi from flying the state flag that includes the Confederate battle emblem.

The lawsuit had called the flag “racially demeaning and hostile” and claimed the city violated the federal Fair Housing Act by flying the flag and sending the message that black people are unwelcome.

Guirola had ruled that the plaintiffs didn’t prove they suffered unequal treatment by the Ocean Springs government. The panel of three appeals court judges agreed.

“The only act they allege is the City’s resolution requiring the Mississippi state flag to be flown over public buildings,” the appeals court judges wrote. “That is not a ‘discriminatory housing practice’ as required by the FHA, and plaintiffs are therefore not ‘aggrieved persons’ under the statute.” [Star Trib article] (see January 15, 2019)

December 3, 2015: Defense Secretary Ashton B. Carter said that the Pentagon will open all combat jobs to women. “There will be no exceptions,” Mr. Carter said at a news conference. The groundbreaking decision overturns a 1994 Pentagon rule that restricts women from artillery, armor, infantry and other such combat roles, even though in reality women often found themselves in combat in Iraq and Afghanistan over the past 14 years. (NYT article) (see June 7, 2016)

Kaepernick raised a fist as he received a standing ovation. [Slate article] (for expanded CK story follow this link)

December 3, 2019: House Democrats released an impeachment report that found the president “placed his own personal and political interests above the national interests of the United States.”

The report by the House Intelligence Committee was a sweeping indictment of the president’s behavior, concluding that he sought to undermine American democracy and endangered national security, then worked to conceal his actions from Congress. Democrats left it to another committee to decide whether to recommend Mr. Trump’s impeachment, but their report presented what are all but certain to be the grounds on which the House votes to formally charge him. [NYT article] (see TII for expanded chronology)

December 3, 2019: Texas Attorney General Ken Paxton intervened to defend a Houston-area school district in its lawsuit with the student, India Landry. Landry, 18, who filed a lawsuit after she was expelled last year from Windfern High School for refusing to stand for the flag during the US Pledge of Allegiance

The Commission, includes 53 member states, considered a series of recommendations from the World Health Organization on reclassifying cannabis and its derivatives. But attention centered on a key recommendation to remove cannabis from Schedule IV of the 1961 Single Convention on Narcotic Drugs — where it was listed alongside dangerous and highly addictive opioids like heroin. [NYT article] (next Cannabis, see or see CCC for expanded cannabis chronology)