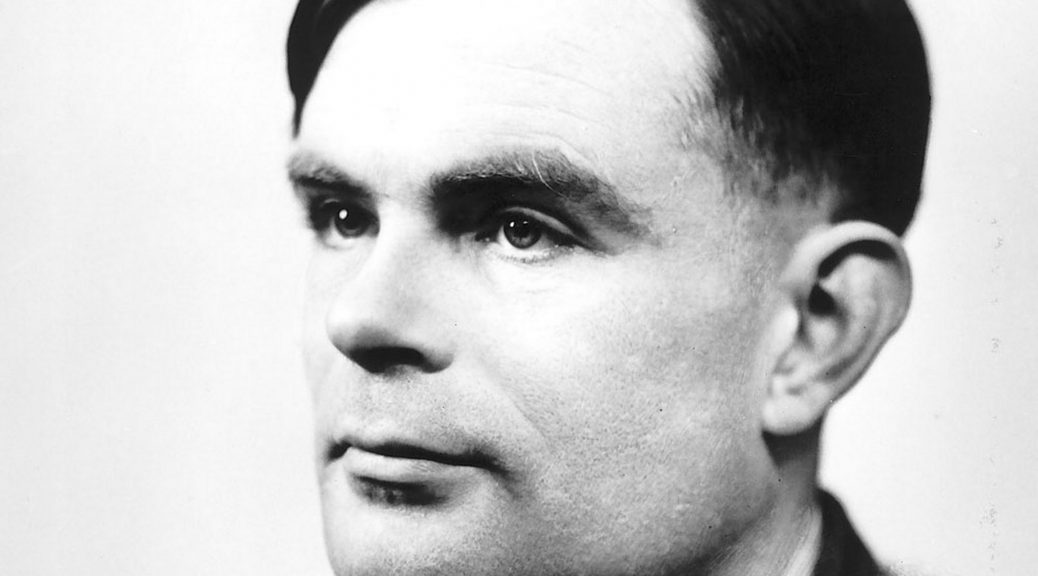 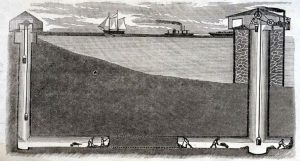 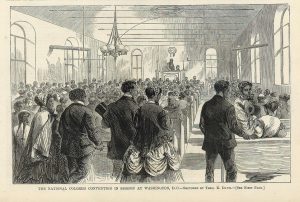 December 6, 1954: the local NAACP chapter became involved in Reeve’s case (see November 10, 1952) and attracted the attention of national leadership, including lawyer Thurgood Marshall. Marshall and other counsel won reversal of Jeremiah’s conviction on this date when the US Supreme Court ruled that the trial judge at Jeremiah’s first trial was wrong to prevent the jury from hearing evidence of how his confession was obtained. (more)

While winding its way through the courts, Jeremiah’s case also became a flash point for Montgomery’s nascent civil rights movement. Claudette Colvin, who was arrested at fifteen for refusing to give up her seat to a white woman on a Birmingham bus in March 1955, was inspired to take that protest action as a show of support for Jeremiah, her friend and schoolmate. Claudette later became one of four plaintiffs in Browder v. Gayle, the case that led the Supreme Court to order buses desegregated in 1956. Rosa Parks also corresponded with Jeremiah and got his poetry published in the Birmingham World; she went on to repeat Colvin’s gesture in December 1955, sparking the Montgomery bus boycott.

December 6, 1964: Klansmen set fire to Frank Morris’s shoe shop in Ferriday, Louisiana. Morris, who lived in the back of the shop, died four days later from his injuries. No one was convicted. (see Dec 7)

December 6, 2021:  the Justice Department officially closed its investigation into the killing of Emmett Till without federal charges for a second time

In 2017, professor Timothy Tyson had unearthed what appeared to be a key piece of evidence: a recantation from the woman at the center of the case who had accused Till of making sexual advances at her over 60 years ago.

Yet after an exhaustive investigation, the Justice Department’s Civil Rights Division concluded it cannot prove the woman lied to federal investigators about her story.

After CNN had reported the development in the case, the department subsequently made public a memo explaining the evidence investigators reviewed and its reasons for closing the matter without federal charges. [CNN article] (next BH, see Dec 23; next ET, see or see ET for expanded chronology )

December 6, 1957: the AFL-CIO expelled the Teamsters, along with Bakery Workers and Laundry Workers for corruption. That same year, Jimmy Hoffa was elected president of the Teamsters. He became a lightning rod for additional charges of mob influence and criminality.  (see June 17, 1958)

December 6, 1915: On March 2, 1907, President Theodore Roosevelt had signed the Expatriation Act of 1907, which stripped American women of their citizenship when they married a non-citizen. Women who lost their U.S. citizenship could apply to be naturalized if their husbands later became American citizens — but since virtually all Asian immigrants were legally barred from becoming U.S. citizens at the time, an American woman who married an Asian man would lose her citizenship permanently. Similarly, women of Asian descent who were American citizens by birth had no means of regaining their U.S. citizenship if they lost it through marriage to a foreigner — even if the foreigner was white — because Asian men and women were ineligible for naturalization in all circumstances.

Meanwhile, American men who married foreign women were permitted to keep their citizenship.

Mackenzie v. Hare was an attempt to challenge the Expatriation Act and reached the U.S. Supreme Court. On December 6, 1915, the Court upheld the law, ruling that an involuntary revocation of citizenship would be unconstitutional, but stripping a woman of citizenship upon marriage to a foreign husband was permissible because such women voluntarily enter into such marriages, “with knowledge of the consequences.”

The Expatriation Act remained in full effect until 1922, when Congress amended the law to permit most women to retain their American citizenship after marriage to a non-U.S. citizen — but still stripped citizenship from American women married to Asian immigrants ineligible for citizenship until discriminatory immigration laws were reformed in the 1960s.

On May 14, 2014, the U.S. Senate passed a resolution expressing regret for the past revocation of American women’s citizenship under this law. (next F, see In April; next IH, February 5, 1917) 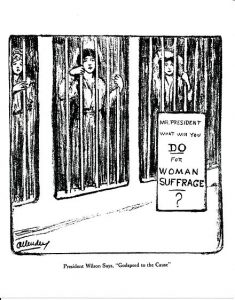 December 6, 1937: in Breedlove v. Suttles the  US States Supreme Court upheld the constitutionality of requiring the payment of a poll tax in order to vote in state elections. (see August 29, 1957)

December 6, 2013: Yousafzai was among the winners of the 2013 United Nations Human Rights Prize. The Prize, which is bestowed every five years, is an honorary award given to individuals and organisations in recognition of outstanding achievement in human rights. “The Prize is an opportunity not only to give public recognition to the achievements of the recipients themselves, but also to send a clear message to human rights defenders the world over that the international community is grateful for, and supports, their tireless efforts to promote all human rights for all,” a news release issued by the Office of the High Commissioner for Human Rights (OHCHR) said.

The six winners announced were: Biram Dah Abeid of Mauritania, a son of freed slaves who works to eradicate the heinous practice; Hiljmnijeta Apuk of Kosovo, a campaigner for the rights of people with disproportional restricted growth (short stature); Liisa Kauppinen of Finland, President emeritus of the World Federation of the Deaf; Khadija Ryadi, Former President of the Morocco Association for Human Rights; Mexico’s Supreme Court of Justice (the Constitutional Court); and Malala Yousafzai. (see June 29, 2014)

December 6, 2017: Time magazine named “the silence breakers” its 2017 person of the year, referring to those women, and the global conversation they had started.

The magazine’s editor in chief, Edward Felsenthal, said in an interview on the “Today” show that the #MeToo movement represented the “fastest-moving social change we’ve seen in decades, and it began with individual acts of courage by women and some men too.”

The runner-up for person of the year, Donald J. Trump, was accused during his presidential campaign by more than 10 women of sexual misconduct, from unwanted touching to sexual assault. (see March 15, 2018)

December 6, 2017: according to a large study that followed 1.8 million Danish women for more than a decade, women who relied on birth control pills or contraceptive devices that release hormones face a small but significant increase in the risk for breast cancer.

The study upended the widely held assumptions about modern contraceptives for younger generations of women. Many women believed that newer hormonal contraceptives were much safer than those taken by their mothers or grandmothers, which had higher doses of estrogen.

The new paper estimated that for every 100,000 women, hormone contraceptive use causes an additional 13 breast cancer cases a year.

December 6, 1933:  United States v. One Book Called Ulysses.  Judge John M. Woolsey ruled that James Joyce’s Ulysses was not pornographic—that nowhere in it was the “leer of the sensualist“. Acknowledging the “astonishing success” of Joyce’s use of the stream of consciousness technique, the Woolsey stated that the novel was serious and that its author was sincere and honest in showing how the minds of his characters operate and what they were thinking. Some of their thoughts, the judge said, were expressed in “old Saxon words” familiar to readers, and [i]n respect of the recurrent emergence of the theme of sex in the minds of [Joyce’s] characters, it must always be remembered that his locale was Celtic and his season Spring. “To have failed to honestly tell fully what his characters thought would have been “artistically inexcusable”, said the judge. (see One Book Called Ulysses for more)(see August 7, 1934)

December 6, 1974: George Maynard appeared in Lebanon District Court to answer the charge about defacing his license plate. After waiving his right to counsel, he entered a plea of not guilty and proceeded to explain his religious objections to the motto. The state trial judge expressed sympathy for Maynard’s situation, but considered himself bound by the authority of State v. Hoskin to hold Maynard guilty. A $25 fine was imposed, but was suspended during “good behavior.” (see George Maynard for expanded chronology) 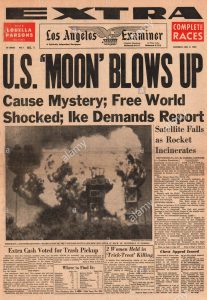 December 6, 1957: the United States’ much-hyped first attempt at launching a satellite into orbit failed miserably ending in an explosion. The Naval Research Laboratory’s Vanguard TV3 (Test Vehicle 3) was a small satellite designed to test the launch capabilities of the three-stage Vanguard rocket and study the effects of the environment on a satellite and its systems in Earth orbit. It was also to be used to obtain geodetic measurements through orbit analysis.

Unfortunately, at launch the rocket rose about 4 feet off the ground, then lost thrust and fell back to the launch pad at Florida’s Cape Canaveral. The fuel tanks then ruptured and exploded, destroying the rocket, severely damaging the launch pad, and throwing the 3 lb satellite and making it unusable. (see January 31, 1958) 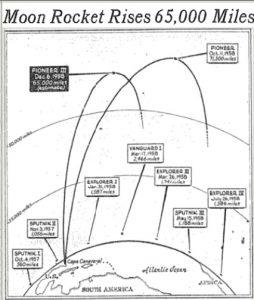 December 6, 1958: a year later, Pioneer 3, an American unmanned satellite, failed to reach the moon, but discovers a second radiation belt around the Earth. (see Dec 18) 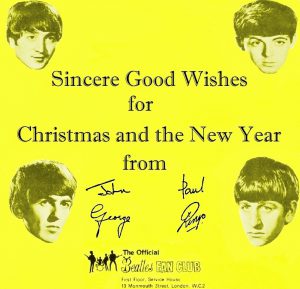 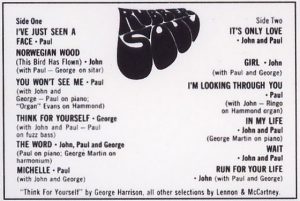 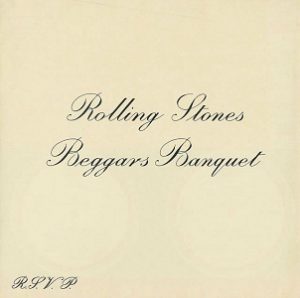 December 6, 1969: (at the Altamont Speedway in northern California, between Tracy and Livermore) headlined and organized by The Rolling Stones, it also featured, in order of appearance: Santana, The Flying Burrito Brothers, The Jefferson Airplane, and Crosby, Stills, Nash & Young, with the Rolling Stones taking the stage as the final act.

The Grateful Dead were also scheduled to perform, but declined to play shortly before their scheduled appearance due to the concerns of  violence at the venue (see Rolling Stones Altamont Banquet).

December 6, 1973: the House of Representatives voted 387–35 to confirm Gerald Ford as Vice President; he was sworn in the same day. (see Watergate expanded chronology)

December 6, 1983: a congressional subcommittee released The Federal Response to AIDS, a report criticizing the U.S. Government for failure to invest sufficient funding in AIDS surveillance and research. (see April 23, 1984)

December 6, 2002:  Cardinal Law left for the Vatican, on the same day that he reportedly was ordered to appear before a grand jury investigating sex abuse allegations. (see Dec 12)

December 6, 2006: the bipartisan Iraq Study Group concluded that President George W. Bush’s war policies had failed in almost every regard, and said the situation in Iraq was “grave and deteriorating.” (see Dec 30)