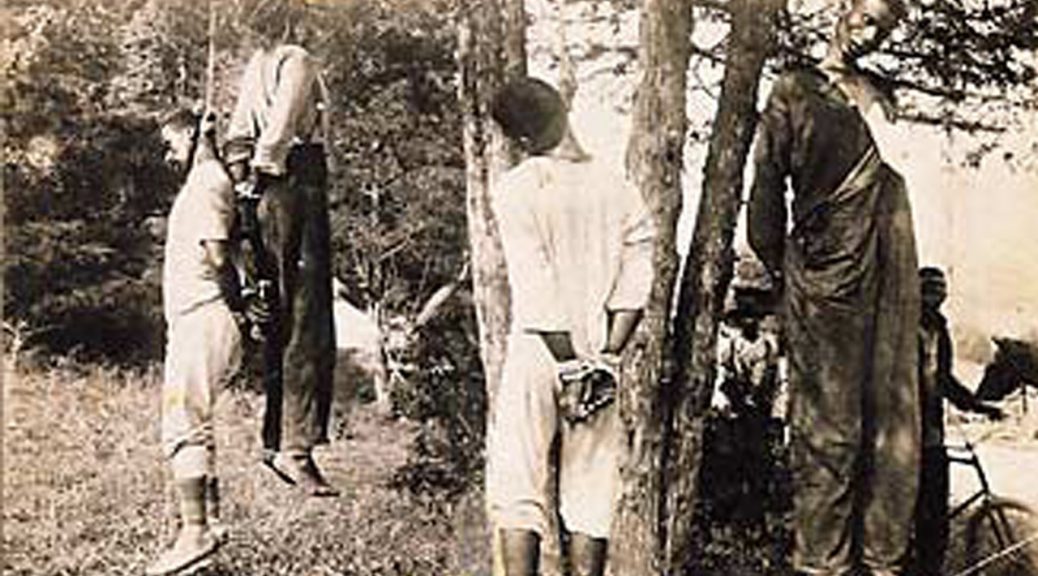 January 26, 1897: the Amalgamated Meat Cutters and Butcher Workmen of North America was chartered by the American Federation of Labor to organize “every wage earner from the man who takes the bullock at the house until it goes into the hands of the consumer.”  (see Sept 10)

January 26, 1922: after a prolonged fight, the House passed the Dyer Anti-Lynching bill by a vote of 230 to 119. (NYT article) (see DAL for expanded chronology)

January 26, 1956: ML King left Dexter in his car with his friend Robert Williams and church secretary Lilie Thomas. After picking up three others at an MIA car pool station, King was stopped by two motorcycle policemen for traveling 30 mph in a 25 mph zone. He was arrested, fingerprinted, photographed, and jailed. Ralph Abernathy arrived to bail him out; as a crowd gathered at the jail, prison officials escorted King out of the jail and drove him back to town. According to King, on this day and the previous two more than one hundred traffic citations were issued to car pool drivers. Later that evening, a group of King’s friends decided to organize protection for him. Seven Montgomery Improvement Association mass meetings were held to accommodate black residents interested in hearing the story of King’s arrest. (next BH see Feb 2)

January 26, 1965: Richard “Ricky” Robles, a white 22-year-old narcotics addict, charged with the Wylie-Hoffert crime. While not dismissing the indictment against George Whitmore, Jr., New York County DA Frank S. Hogan presented a 1,400-word recommendation that Whitmore be released on his own recognizance. The document seemed to absolve Whitmore of the crime, as did a statement Hogan released to the press. Says the latter, “In spite of every safeguard, occasional honest mistakes are made. To eliminate even this minute fraction of error is the ceaseless effort of those entrusted with the administration of justice.” Hogan’s recommendation that Whitmore be released was accepted, although it was a meaningless gesture, given that Whitmore was being held pending sentencing for the Borrero crime and pending trial for the Edmonds murder. (Robles, see February 15, 1965; next BH, see Feb 1) January 26, 1970: in 1911, United States Senator Augustus O. Bacon executed his will, devising to the City of Macon, Georgia, “a park and pleasure ground” for whites only. He explained that “in limiting the use and enjoyment of this property perpetually to white people, I am not influenced by any unkindness of feeling . . . I am, however, without hesitation in the opinion that in their social relations the two races . . . should be forever separate.”

Baconsfield Park opened in 1920 as a large and lush recreation space. As trustee of the park, the City of Macon honored Senator Bacon’s wishes and for decades operated it as a “whites only” facility. That changed in 1963 when the city determined that, as a public entity, it could no longer constitutionally enforce segregation. Disgruntled, Baconsfield’s Board of Managers sued to remove the City of Macon as trustee and preserve the park as one for white residents only.

In May 1963, black citizens intervened, filing a lawsuit challenging Baconsfield’s racial restriction as a violation of the Fourteenth Amendment. However, in February 1964, the City of Macon resigned as trustee; several months later the court appointed three private individuals as new trustees, and the racial segregation policy continued.

Black residents appealed to the United States Supreme Court. On January 17, 1966, the Court held in Evans v. Newton that Baconsfield could no longer be operated on a racially discriminatory basis: “the public character of this park requires that it be treated as a public institution subject to the command of the Fourteenth Amendment, regardless of who now has title under state law.”

Rather than integrate, however, the Georgia Supreme Court responded by terminating the Baconsfield trust and closing the park to the public altogether.

Black residents of Macon again appealed to the United States Supreme Court, contending the state court’s action violated the Fourteenth Amendment, but on January 26, 1970, in Evans v Abney, the Court upheld the Georgia Supreme Court’s order, writing: “When a city park is destroyed because the Constitution requires it to be integrated, there is reason for everyone to be disheartened.”

Baconsfield Park remained closed and is now a strip mall; Georgia’s Bacon County is named for Senator Bacon. (the above is from Equal Justice Initiative) (see Feb 21)

[Airegin] Critic Chris May of All About Jazz wrote “The Incredible Jazz Guitar burst onto the US scene in 1960 like a benign hurricane, and it still sounds like a gale almost 50 years later....”

January 26, 1962:  Catholic Church Bishop Joseph A. Burke in Buffalo, NY banned the The Twist, from being heard or danced to at any area Catholic school or event. The announcement on this day was one of many in the early years of rock and roll in which authority figures were convinced that the music would undermine public morals. (see May 17, 1965)

Trivia: the song has been covered by others, among whom was a French singer: Claude François. It was not a big hit for him. Another song of his (Comme d’habitude) became a hit in 1967. Paul Anka heard the song while in Paris and got the rights to the song, re-wrote the lyrics, and the song became, My Way and made famous by Frank Sinatra in 1969.

January 26, 2000: Rage Against the Machine played in front of Wall Street, prompting an early closing of trading due to the crowds.

January 26, 1962: the United States launched Ranger 3 to land scientific instruments on the moon — but the probe ended up missing its target by more than 22,000 miles. (see Feb 2)

January 26, 1971: in United States v. Sinclair  US District Judge Damon Keith ruled that Nixon’s Attorney General John N. Mitchell had to disclose the transcripts of illegal wiretaps that Mitchell had authorized without first obtaining a search warrant. The Court of Appeals for the Sixth Circuit upheld Keith’s decision.  (see June 19, 1972)

Kissinger took exception with the communist insistence on the end of all U.S. support for the South Vietnamese government. The communists maintained that “withdrawal” meant not only withdrawal of U.S. troops, but also the removal of all U.S. equipment, aid, and arms in the possession of the South Vietnamese army. Kissinger asserted that the abrupt removal of all U.S. aid would guarantee the collapse of the Saigon regime. (see Feb 12)

January 26, 1980: at the request of President Jimmy Carter, the U.S. Olympic Committee voted to ask the International Olympic Committee to cancel or move the upcoming Moscow Olympics. The action was in response to the Soviet military invasion of Afghanistan the previous month. (see Mar 31)

January 26, 1998: President Clinton forcefully repeated his denial, saying, “I did not have sexual relations with that woman, Miss Lewinsky.” Lewinsky lawyer Ginsburg offered Starr a summary of what Lewinsky is prepared to say to the grand jury in exchange for a grant of immunity from the prosecution.

January 26, 2005: Condoleezza Rice became the second woman and the first African American woman to be sworn in as Secretary of State.  (see July 12)

January 26, 2008: Westboro Baptist Church members traveled to Jacksonville, North Carolina, home of Camp Lejeune, to protest the United States Marine Corps in the wake of the murder of Maria Lauterbach. Five women protested, stomping on the American flag and shouting slogans such as “1,2,3,4, God Hates the Marine Corps”. (see May 14)

January 26, 2012: The Maine Freedom to Marry Coalition delivered more than 105,000 signatures to the Secretary of State to place a citizen’s initiative on the November 2012 ballot. The measure would allow same-sex couples to receive a marriage license while also protecting religious freedom. Maine was the first state to proactively seek to win the freedom to marry at the ballot. (see Feb 2)

January 26, 2021: on January 20, Acting Homeland Security Secretary David Pekoske had issued a memo to U.S. Immigration and Customs Enforcement, Customs and Border Protection, and Citizen and Immigration Services. It declared a review of policies and practices throughout the department and its components — including a 100-day pause on the removal of certain noncitizens.Texas

Judge Drew Tipton agreed with Paxton and granted the request on January 26.  Tipton said that there was a chance the state would “suffer imminent and irreparable harm” if a temporary restraining order wasn’t granted. He also said the order won’t harm the defendants or the public. Tipton said the nationwide injunction is effective for 14 days, according to court documents. (next IH, see Feb 2)

January 26, 2018: bowing to the demands of the United States Olympic Committee, U.S.A. Gymnastics confirmed  that all the remaining members of its board of directors would resign — the latest fallout from a widespread sexual abuse scandal involving the federation’s longtime national team doctor, Lawrence G. Nassar.

The announcement came one day after the head of the Olympic committee threatened in an email to decertify U.S.A. Gymnastics — the sport’s national governing body — if its entire board of more than 20 people did not resign January 31. Several board members, including the chairman, Paul Parilla, had already resigned by the time the email was sent. [Fox5 News article] (SAC & Nassar, see Feb 5)

January 26, 2021: President Joe Biden ordered the Department of Justice to end its reliance on private prisons and not to renew contracts with them. “Mass incarceration imposes significant costs on our society and communities, while private prisons profiteer off of federal prisoners in less safe conditions for prisoners and correctional officers alike,” the White House said. “President Biden is committed to reducing mass incarceration while making our communities safer. That starts with ending DOJ’s reliance on private prisons.” (next C & R, see Feb 22)

“The Federal Government must recognize and acknowledge its role in systematically declining to invest in communities of color and preventing residents of those communities from accessing the same services and resources as their white counterparts,” Biden’s executive order reads. “The effects of these policy decisions continue to be felt today, as racial inequality still permeates land-use patterns in most U.S. cities and virtually all aspects of housing markets.” [Commercial Observer article] (next FH, see Feb 11)