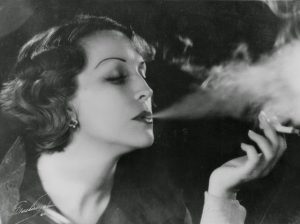 January 21, 1908: The Sullivan Ordinance was passed in New York City making smoking by women illegal. The measure was vetoed by Mayor George B. McClellan Jr. The ordinance was the result of a campaign by the National Anti-Cigarette League. (NYT article) (see Jan 28)

Cleveland Board of Education v. LaFleur

January 21, 1974: in Cleveland Board of Education v. LaFleur the US Supreme Court found that overly restrictive maternity leave regulations in public schools violated the Due Process Clause of the Fifth Amendment and the Fourteenth Amendment. This decision struck down mandatory maternity leave rules. (Oyez site article)  (see Mar 24) 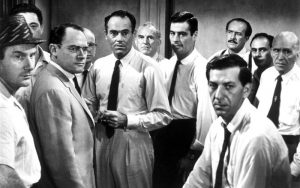 January 21, 1975: the Supreme Court ruled 8 – 1 on this day, in Taylor v. Louisiana, that Louisiana’s procedures for selecting jury pools systematically discriminated against women. In St. Tammany Parish, Louisiana, where the case originated, 53 percent of the people potentially eligible for jury duty were women, but represented only 10 percent of those on the “jury wheel” (the pool from which jurors were selected). The Court ruled that the process violated the Sixth and Fourteenth Amendments to the Constitution.

The decision reversed Hoyt v. Florida (November 20, 1961), in which the Supreme Court had held that the exclusion of women from jury duty was not unconstitutional. Associate Justice William Rehnquist cast the only “No” vote. Rehnquist had consistently opposed on legal trounds court actions seeking equal treatment for women in employment.  (NYT article) (see Oct 7) 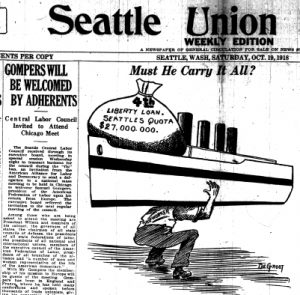 January 21, 1919: 35,000 shipyard workers in Seattle go on strike seeking wage increases. They appealed to the Seattle Central Labor Council for support and within two weeks, more than 100 local unions joined in a call for a general strike to begin on the morning of February 6. The 60,000 total strikers paralyzed the city’s normal activities, while their General Strike Committee maintained order and provided essential services. (Washington dot edu article) (see Feb 24)

The law (S3170) required that New Jersey employers with at least 100 employees provide their workers 90 days notice — up from 60 — before a large layoff or a plant closing or transfer that will put at least 50 people out of work. It would also force these businesses to pay their workers one week’s severance for every year of service. The payout increased by an additional four weeks if the employer did not comply with the 90-day notification rules. [NJ.com story] (next LH, see Jan 29)

January 21, 1943: Graham’s mother certified that she “did willingly and knowingly sign consent papers and age certificate to the effect that…Graham was born…on [April  3, 1925] whereas…he was born on April 3, 1930.” He had been 12.years old. When the ship captain was notified Graham was thrown in the brig and stripped of his medals over fraudulent enlistment. Graham was released from the brig after his sister threatened to contact the newspapers. (see Calvin Graham for expanded chronology)

January 21, 1950: a federal jury in New York City found former State Department official Alger Hiss guilty of perjury. The  jury concluded that he made false statements in denying Whittaker Chambers‘ allegations that the two men had known each other as Communists in the 1930s. Hiss will serve more than three years in federal prison.  (CW, see February 9, 1950; Hiss, see November 27, 1954) 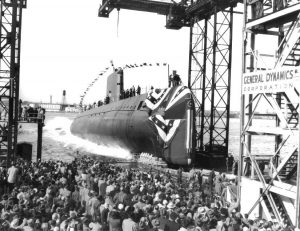 January 21, 1954:  the first atomic submarine, the USS Nautilus, was launched at Groton, Connecticut. The Nautilus did not make its first nuclear-powered run until nearly a year later. (see Mar 4) 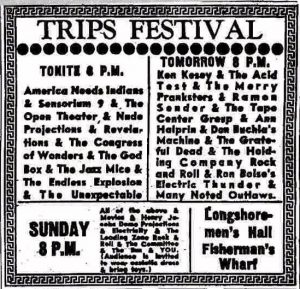 January 21, 1968: at 5:30 a.m., a barrage of shells, mortars and rockets slam into the Marine base at Khe Sanh. Eighteen Marines were killed  and 40 wounded. The attack continued for two days.

January 21, 1968: a concert called “Broadway for Peace 1968,” bill as the greatest array of stars ever,” was held at New York’s Philharmonic Hall. The proceeds went to the campaigns of antiwar senatorial and congressional candidates.  [Bernstein site article] (next Vietnam, see Jan 27)

January 21, 1977: the day after he was sworn in as president, Jimmy Carter issued Executive Order 11967, pardoning anti-Vietnam War protesters facing federal criminal charges. His order involved the dismissal of all pending criminal charges related to violations of the selective service law between August 1964 and March 1973. Anyone unable to reenter the U.S. because of a violation of the selective service act would now be able to enter, as would be any other alien. Finally, any person granted conditional clemency, or granted a pardon, under President Gerald Ford’s plan, announced on September 16, 1974, would be eligible for a pardon under the terms of Carter’s order. Carter also issued Proclamation 4483, which restated Ford’s executive order. (see January 24, 1982) 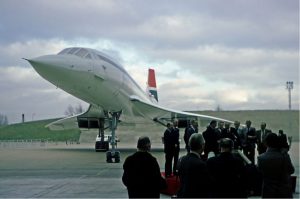 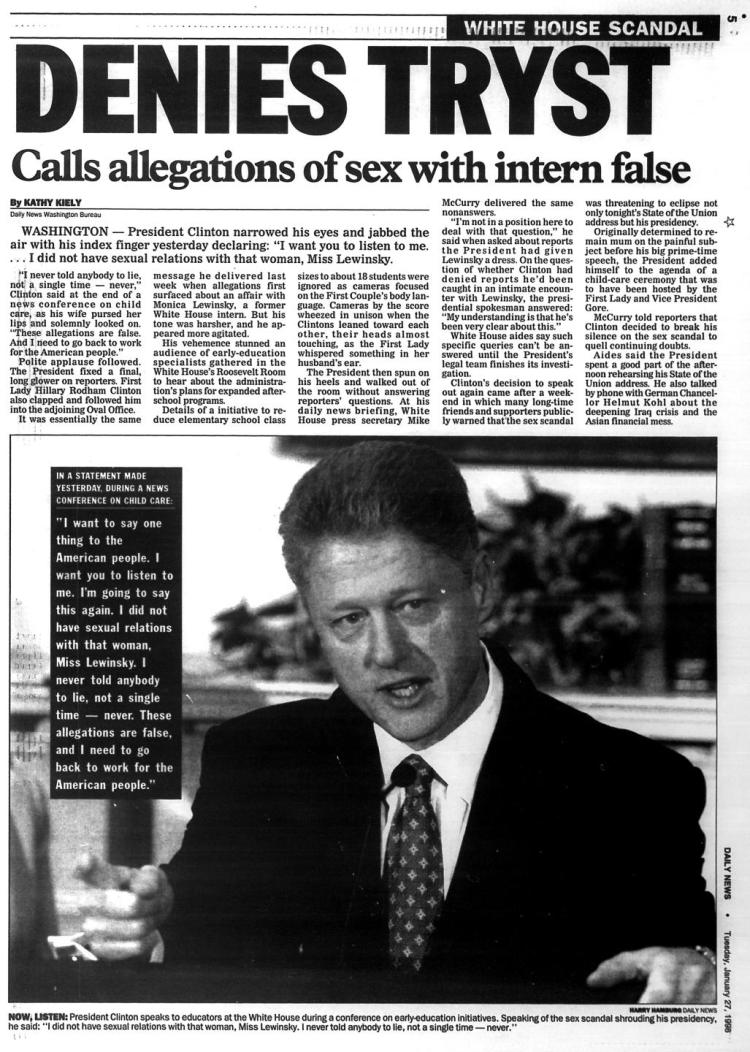 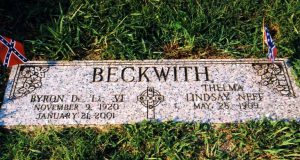 January 21, 2011, the sole U.S. maker of the anesthetic used in executions announced it would stop manufacturing sodium thiopental to prevent its product from being used to put prisoners to death. Hospira Inc., of Lake Forest, Ill., stopped making its brand of sodium thiopental, Pentothal, at a North Carolina plant early last year because of an unspecified raw material supply problem. When Hospira attempted to move production to a factory in Liscate, Italy, near Milan, Italian authorities demanded assurances that the drug wouldn’t end up in the hands of executioners. Hospira spokesman Dan Rosenberg said company officers couldn’t make that guarantee and decided instead to ‘exit the sodium thiopental market.’

California corrections officials imported a large quantity of sodium thiopental – enough for about 90 executions – from a British distributor in November, before a public outcry in Britain led to a ban on export of the drug to the United States. (see Sept 21)

January 21, 2015: the California’s judicial code of ethics barred judges from holding “membership in any organization that practices invidious discrimination on the basis of race, sex, gender, religion, national origin, ethnicity or sexual orientation.” On this date the State Supreme Court voted that California judges would no longer be allowed to participate in the Boy Scouts. (LGBTQ, see Jan 23; BSA, see May 21)

January 21, 2020: Utah became one of the most conservative states in the country to ban licensed therapists from performing conversion therapy on minors, curtailing a discredited practice that aims to change a person’s sexual orientation or gender expression.

The ban, which Gov. Gary R. Herbert, a Republican, proposed in November, added conversion therapy to a list of practices considered to be “unprofessional conduct” for state-licensed mental health therapists. Punishments could include suspending or revoking their license, according to state law.

January 21, 2018: Pope Francis apologized for demanding proof of abuse from victims in Chile even as he continued to doubt them — prompted concerns that he just does not understand.

“There was great hope that this pope understood — he ‘got it’ — but if that were true we would not have his words today,” said Marie Collins, a survivor of abuse who last year resigned (see March 1, 2017) in frustration from the pope’s Pontifical Commission for the Protection of Minors.

“Anyone who was still clinging to the hope there would be real change in the church to the issue of abuse and this change would be led by Pope Francis will have lost that hope today,” Ms. Collins said. (see Jan 24)

In a series of party-line votes punctuating 12 hours of debate, Senate Republicans turned back every attempt by Democrats to subpoena documents from the White House, State Department and other agencies, as well as testimony from White House officials that could shed light on the core charges against Mr. Trump. [NYT article] (next TI, see January 22 or see Trump for expanded chronology)

January 21, 2022: Judge Mark E. Walker of U.S. District Court for the Northern District of Florida handed a crucial free-speech victory to six University of Florida professors Friday, ordering the university to stop enforcing a policy that had barred them from giving expert testimony in lawsuits against the state.

Walker’s stinging ruling accused the university of trying to silence the professors for fear that their testimony would anger state officials and legislators who control the school’s funding. He likened that to the decision last month by Hong Kong University to remove a 25-foot sculpture marking the 1989 massacre of student protesters in Beijing’s Tiananmen Square by the Chinese military, apparently for fear of riling the authoritarian Chinese government.

If the comparison distressed university officials, he wrote, “the solution is simple. Stop acting like your contemporaries in Hong Kong.” [NYT story] (next FS, see Feb 15)