November 27, 2012: the American Civil Liberties Union announced that it was suing the Department of Defense to lift immediately all restrictions on women serving in combat units. The military did not allow women to serve in ground combat units, such as infantry, artillery, armor or as special operations commandos, but recent wars without clear front lines have frequently pushed women assigned to support roles directly into the fighting. [US News article]

November 27, 2012: The Pakistani Taliban claimed responsibility for a failed attempt to bomb the car of television anchor Hamid Mir, whom the militant group had earlier threatened because of his reporting on the shooting of schoolgirl Malala Yousafzai. A Taliban spokesman told reporters that Mir had been following a secular agenda and warned the group would target others like him. Police had defused a bomb found under Mir’s car Monday in Islamabad after a neighbor reportedly spotted the device. [RFE article] (see January 3, 2013) 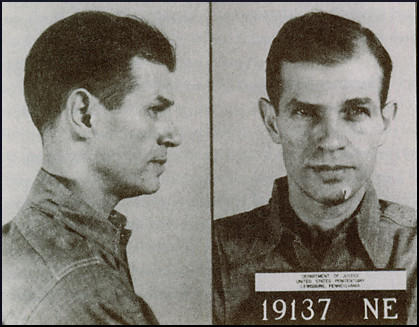 November 27, 1954: after 44 months in prison, former government official Alger Hiss was released and proclaimed once again that he was innocent of the charges that led to his incarceration. Upon his release, Hiss immediately declared that he wished to “reassert my complete innocence of the charges that were brought against me by Whittaker Chambers.” He claimed that his conviction was the result of the “fear and hysteria of the times,” and stated that he was going to “resume my efforts to dispel the deception that has been foisted on the American people.” He was confident that such efforts would “vindicate my name.” (see Dec 2)

~ November 27, 1961:  after the holiday, more than 100 Albany State College students marched from campus to the courthouse where they picket to protest the trial of those arrested at the bus depot. A mass meeting — the first in Albany history — packs Mt. Zion Baptist church to protest the arrests, segregation, and a lifetime of subservience. At the end of the meeting they rise to sing, “We Shall Overcome.” Student song-leader Bernice Johnson (Reagan) described the effect, “When I opened my mouth and began to sing, there was a force and power within myself I had never heard before. Somehow this music … released a kind of power and required a level of concentrated energy I did not know I had.”

Albany State students Bertha Gober and Blanton Hall were expelled for disobeying the dean’s orders to use the “Colored” waiting room. Students marched to the college President’s office to protest the expulsions and 40 more were expelled for disagreeing with the administration. Gober will later compose civil rights song, “We’ll Never Turn Back.”  (BH, see Nov 28; see Albany Movement for expanded chronology)

November 27, 1962: speaking in Rocky Mount, North Carolina, the Rev. Martin Luther King Jr. gave a speech using the “I Have a Dream” construction, nine months before his famous speech at the March on Washington on August 28, 1963. (King is also said to have used the phrase even earlier, including a speech in Albany, Georgia, on November 16, but the Rocky Mount speech is the earliest known transcription.) The Rocky Mount Evening Telegram’s account of the speech did not mention “I Have a Dream”; it quoted King as saying: “Old Man Segregation is on his death bed. The only thing now is how costly the South will make his funeral.”(BH, see Dec 14; MLK, see April 3, 1963)

November 27, 2018: the trial began regarding an alleged cover-up by Chicago police in the fatal shooting of Laquan McDonald (B & S and LM, see see Dec 4)

“All Things Must Pass”

The album was critically acclaimed and, with long stays at number 1 in both the US and the UK, commercially successful. It was certified 6x platinum by the Recording Industry Association of America in 2001. (see Dec 11)

November 27, 1965: tens of thousands of Vietnam War protesters picketed the White House, then marched on the Washington Monument. The Pentagon informed President Johnson that if General Westmoreland was to conduct the major sweep operations necessary to destroy enemy forces during the coming year, U.S. troop strength should be increased from 120,000 to 400,000 men. (see Dec 9) 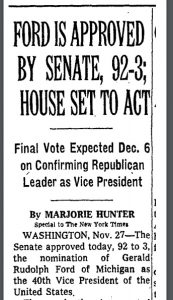 November 27, 1974: since 1969 New Hampshire had required that noncommercial vehicles bear license plates embossed with the state motto, “Live Free or Die.” Another New Hampshire statute made it a misdemeanor “knowingly [to obscure] . . . the figures or letters on any number plate.” The term “letters” in this section had been interpreted by the State’s highest court in State v. Hoskin to include the state motto.

George Maynard and his wife, both Jehovah’s Witnesses, viewed the motto as repugnant to their moral, religious, and political beliefs, and for this reason they covered up the motto on the license plates of their jointly owned family automobiles. On November 27, 1974, Maynard was issued a citation for violating the state statutes regarding obscuring of the state motto. (see George Maynard for expanded story)

November 27, 1978: former Board of Supervisors member Dan White murdered Mayor George Moscone and Supervisor Harvey Milk at City Hall in San Francisco, California. White, who stormed into San Francisco’s government offices with a .38 revolver, had reportedly been angry about Moscone’s decision not to reappoint him to the city board. Firing upon the mayor first, White then reloaded his pistol and turned his gun on his rival Milk, who was one of the nation’s first openly gay politicians and a much-admired activist in San Francisco. (see Dec 4)

November 27, 2013: Cleopatra De Leon and Nicole Dimetman (who were legally married in Massachusetts in 2009 and had a son together) and  Victor Holmes and Mark Phariss of Plano, TX, who had been together 16 years, wanted to marry in Texas. Both same-sex couples challenged Texas’ constitutional ban on gay marriage in a San Antonio federal court.

In court papers, the couples said the Texas ban violates their right to get married and to enjoy the legal benefits or marriage. They argued a recent U.S. Supreme Court decision overturning the federal Defense of Marriage Act suggests that bans on same-sex marriage violate the federal constitution and they want the judge to issue an injunction against enforcing the Texas law.

Texas Attorney General Greg Abbott pledged to defend the law, which was overwhelmingly approved by voters in 2005. (see Dec 16   or see December 13, 2022 re DoMA)

November 27, 2017: Judge Colleen Kollar-Kotelly ruled that the military must abide by the Obama-era policies that were defined in a “June 30, 2016, directive-type memorandum,” which granted transgender individuals the right to enlist from January 1, 2018.

“Any action by any of the Defendants [i.e., the Trump administration] that changes this status quo is preliminarily enjoined,” Kollar-Kotelly wrote in her ruling. (LGTBQ, see Dec 4; military, see Dec 22)

November 27, 2012: the New York City Council approved a measure to improve access to taxis for the visually impaired. The council voted unanimously to require that the taxi payment technology include an auditory component. That way, visually impaired passengers will hear their fare from a machine, rather than simply taking the driver’s word for it. The equipment will also tell passengers how to pay with a credit card if they wish to do so. (see January 23, 2013)

Hendrix confronted Westbrook and when Westbrook, who was practically mute from the Alzheimer’s, didn’t respond to Hendrix’s commands, the homeowner fired four shots, one of which hit Westbrook in the chest and killed him.

Georgia’s 2006 law stated that a person “has no duty to retreat” and has the right to “stand his or her ground,” including the use of deadly force pertaining to self-defense of one’s home or property.

On February 28, 2014 District Attorney Herbert Franklin announced that Hendrix would not be charged in what his office called a “tragic shooting death.” (NYT article) (see December 17, 2014)

Standing in the Oval Office alongside three Navajo code talkers, whom he called “very, very special people,” Trump dispensed with his prepared remarks and took aim at Warren without naming her, resurrecting a favorite nickname as the veterans stood stonefaced.

“You were here long before any of us were here,” Mr. Trump said to the veterans, ages 90 and older, who wore their military uniforms for the occasion, juxtaposed with turquoise and silver, hallmarks of Navajo culture. “Although we have a representative in Congress who, they say, was here a long time ago. They call her Pocahontas.”

The comment drew swift rebukes from Native American leaders, including one who was present for the ceremony. Russell Begaye, the president of the Navajo Nation, called the president’s mention of Pocahontas “derogatory” and “disrespectful to Indian nations.” [NYT article] (see January 9, 2018)