November 26, 1910: six young women burn to death and 19 more die when they leap from the fourth-story windows of a blazing factory in Newark, N.J. The floors and stairs were wooden; the only door through which the women could flee was locked. (see March 25, 1911) November 26, 1935: New York City on this day burned “tons” of allegedly obscene books and magazines, with an estimated retail value of $150,000. The material had been seized and burned at the instigation of the New York Society for the Suppression of Vice, the anti-obscenity organization founded by Anthony Comstock, author of the infamous Comstock Act (enacted on March 3, 1873). The burned material included 476 books, 11,450 magazines, and about 100,000 pamphlets. Not all of the burned books were confiscated because of sex-related themes. Fifteen copies of the book The Man in the Monkey Suit were seized and burned because it presented policemen in “an unfavorable light.”

The burning of the books took place despite the publicity surrounding the burning of “offensive” books by the new Nazi regime in Germany over the previous year and a half. (see Dec 18)

November 26, 1960: on NBC’s nationally televised program “The Nation’s Future,” the Martin Luther King Jr. debated James J. Kilpatrick on the subject of sit-in demonstrations. Kilpatrick, editor of The Richmond News Leader at the time, was a prominent segregationist. The subject: “Are Sit-In Strikes Justifiable?”

Kilpatrick: “… it is an interesting experience to be here tonight and see Mr. King assert a right to obey those laws he chooses to obey and disobey those he chooses not to obey and insist the whole time that he has what he terms the highest respect for law, because he is abiding by the moral law of the universe.”

King: “… I think in disobeying these laws, the students are really seeking to affirm the just law of the land and the Constitution of the United States. I would say this — that all people should obey just laws, but I would also say, with St. Augustine, than an unjust law is no law at all. And when we find an unjust law, I think we have a moral obligation to take a stand against it …” (BH, see Dec 5; MLK, see May 13, 1961)

From Beatles Bible: “At the end of the session George Martin addressed the group over the studio’s talkback system. “Congratulations, gentlemen,” he told them, “You’ve just made your first number one.”(see Dec 7)

November 26, 1963: the administration of new President Lyndon B. Johnson administration issued National Security Action Memorandum 273, which officially reaffirmed the U.S. commitment to the Republic of Vietnam and pledged “to assist the people and Government of that country to win their contest against the externally directed and supported Communist conspiracy.” Johnson also gave his personal sanction for a stepped-up program of “clandestine operations by the GVN (Government of Vietnam) against the North.” (document) (see Dec 24)

November 26, 1965: Arlo Guthrie arrested in Great Barrington, MA for littering on Thanksgiving in the nearby town of Stockbridge. The resulting events and adventure would be immortalized in the song “Alice’s Restaurant.” (see Nov 27)

November 26, 1969: John Lennon returned his MBE to the Queen on this day, as an act of protest against the Vietnam war. His typical Lennon-esque note to the Queen read:

November 26, 1970: a group of about 200 Native-Americans protested Thanksgiving with a demonstration at Plymouth Rock, Massachusetts. Representatives from 25 tribes from around the country declared it a “national day of mourning.” One leader stated that the landing of the Pilgrims from England in 1620 “was the start of everything bad that has happened to the American Indian.” Several members of the group attempted to “bury” the original Plymouth Rock by pouring sand over it. Another 25 boarded the replica of the Mayflower, the ship that brought the Pilgrims to America. (see June 12, 1971)

November 26, 2013: with custody of the girl Veronica awarded to Matt and Melanie Capobianco, the South Carolina couple has filed a motion to collect more than $1 million in attorneys’ fees from Brown and his tribe. Court documents filed by the Cherokee Nation state it would be “inappropriate, unreasonable and unconscionable” for the adopted parents of a 4-year-old Cherokee girl to seek the legal fees.

The tribe claims federal and state law gives the tribe sovereign immunity. But that would not apply to Dusten Brown, the biological father who had custody of Veronica for two years and fought a legal battle to keep her in Oklahoma.

The Tulsa World reported that a judge in Nowata County, where the Brown family lives will likely have a hearing on the issue. (see BV for expanded chronology)

November 26, 1986: President Ronald Reagan announced that on December 1 former Senator John Tower, former Secretary of State Edmund Muskie, and former National Security Adviser Brent Scowcroft would serve as members of the Special Review Board looking into the scandal (they became known as the Tower Commission). Reagan denied involvement in the scandal. (see Dec 19)

November 26, 1994: hours after Michigan’s ban on assisted suicide expired, 72-year-old Margaret Garrish died of carbon monoxide poisoning in her home in Royal Oak. She had arthritis and osteoporosis. Kevorkian was not present when police arrived. (see JK for expanded chronology)

November 26, 2013: the U.S. Supreme Court accepted for review two cases challenging the federal contraception rule, which required the inclusion of contraception coverage in health plans. One of the cases was brought by Hobby Lobby, an arts and crafts supply chain with over 13,000 employees. The other case was brought by Conestoga Wood Specialties, a Pennsylvania wood furniture company.  [ACLU article] (see Dec 31)

November 26, 2018: InSight [Interior Exploration using Seismic Investigations, Geodesy and Heat Transport] sent back acknowledgment of its safe arrival on Mars. That was the end of a journey of more than six months and 300 million miles (launched on May 5).  It set down at Elysium Planitia, near the Equator in the northern hemisphere.

As InSight descended and each milestone of the landing process was called out, “the hairs on the back of my neck would start rising a little bit higher, a little bit higher,” Tom Hoffman, the project manager for the mission, said at a news conference after the landing. “And then when we finally got the confirmation of touchdown, it was completely amazing. The whole room went crazy. My inner four-year-old came out.”  [NYT article] (see Dec 13) 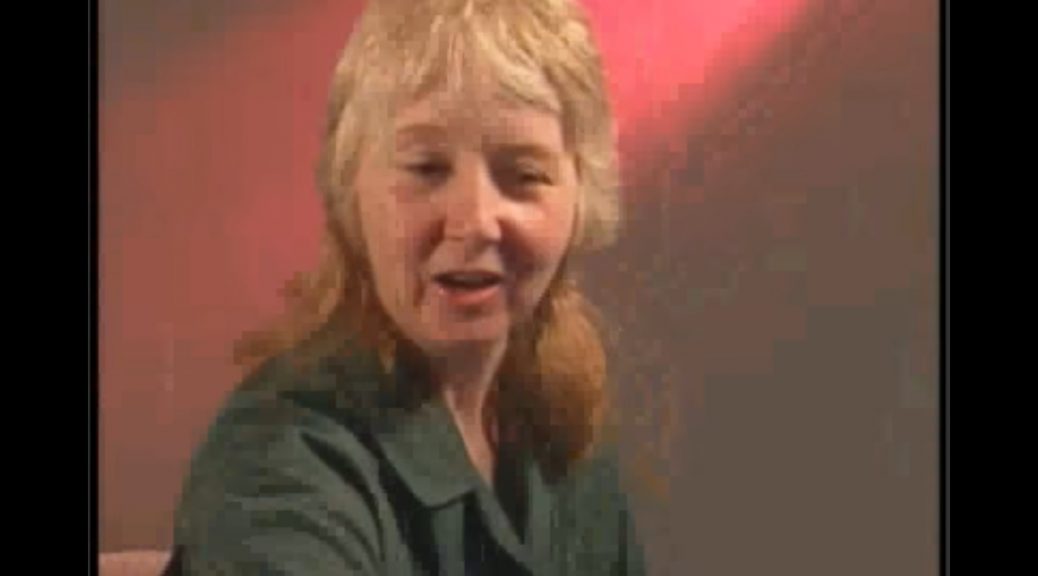 On November 26, 1975, a jury found Lynette “Squeaky” Fromme guilty of attempting to assassinate President Gerald Ford on the previous September 5. The judge sentenced her to life in prison.

Lynette Alice Fromme was born  in Santa Monica, California on October 22, 1948. In 1967, often an outsider whose didn’t fit into the traditional academic settings her parents wanted her to succeed in, she met Charles Manson in Venice, California. She joined his “family” and traveled with them.

Back in California, the family lived as caretakers on the Spahn Ranch. The 80-year-old George Spahn nicknamed Fromme “Squeaky” because of the sound she made when he would touch her.

Fromme was not charged with involvement in the August 1969 murders. During the trial, Fromme and other family members “camped” outside the Los Angeles County courtroom where the Manson family trial occurred.

After a jury convicted Manson, authorities moved him from prison to prison, Fromme moved from town to town to be near him. In 1972, Fromme moved to Sacramento, CA and it was there on September 5, 1975 that she aimed a loaded pistol an President Gerald Ford in Sacramento. Fromme was concerned about the cutting of redwood trees in California and felt that her actions would bring attention to that concern. The gun didn’t go off, and Secret Service agents wrestled Fromme to the ground.

On December 23, 1987, Fromme escaped from the Federal Prison Camp, Ain Alderson, West Virginia. She hoped to meet the still-imprisoned Manson whom she heard was ill. Authorities captured her two days later and sent her to the Federal Medical Center, Carswell in Fort Worth, Texas. Under parole, Fromme moved to Marcy, NY to live with her boyfriend. Oneida County District Attorney Scott McNamara confirmed that, but officials would not release her exact address.

With the death of Manson, the surviving members of his cult briefly became newsworthy again.

From the Manson Blog site: In nearly 500 pages Fromme vividly chronicles her life with Charles Manson from the time she met him in May of 1967 to the final arrest of the so-called “Manson Family” in Death Valley in October of 1969. From Venice Beach, to the redwoods around Mendocino, to San Francisco’s Haight-Ashbury, to Topanga Canyon and the Spiral Staircase and Condemned Houses, to Dennis Wilson’s Sunset Drive mansion, to Spahn’s Movie Ranch in Chatsworth, and finally to the Myers and Barker Ranches in Goler Wash in the Mojave Desert — everything is here in Fromme’s reflexion on her extensive travels and experiences with Manson and the like people around them who were “preparing to survive either a revolution, or the static institutions that were systematically trading all of our vital necessities for money.”