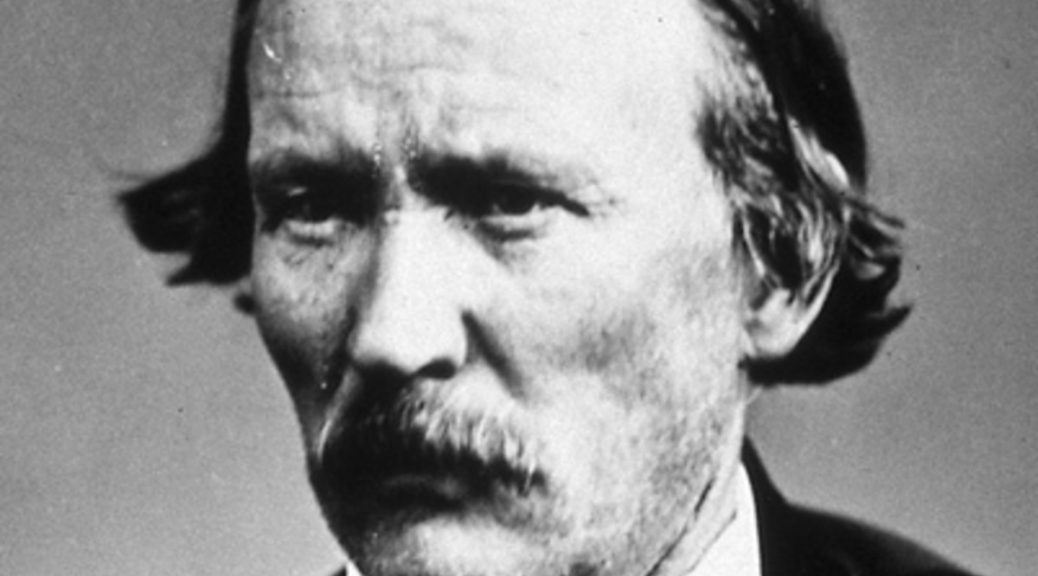 November 29, 1864:  750 members of a Colorado militia unit, led by Colonel John M. Chivington, attacked an unsuspecting village of Cheyenne and Arapahoe Indians camped on Sand Creek in present-day Kiowa County.  The militia killed some 300 Indians  in the attack, including women and children, many of whose bodies the soldiers had mutilated.

The Sand Creek Massacre, as this incident came to be called, provoked a savage struggle between Indians and the white settlers. Boasting of his victory and downplaying the 10 Army casualties, Colonel John Chivington paraded the body parts of dead Cheyenne and Arapaho through the streets of Denver, reveling in the acclaim he long-sought.

The incident generated two Congressional investigations into the actions of Chivington and his men. The House Committee on the Conduct of the War concluded that Chivington had “deliberately planned and executed a foul and dastardly massacre which would have disgraced the varied and savage among those who were the victims of his cruelty.” [Smithsonian article]

In 1864 – 1865: Army Col. Kit Carson, directed by Brig. Gen. James Carleton, forced the move of some 9,000 Dineh Navajo from Canyon de Chelly in Arizona to the Bosque Redondo reservation near Fort Sumner, New Mexico. About half the people died in what came to be known as the Long Walk. (see April 9, 1865)

November 29 – December 6, 1914: Goldman was scheduled to speak on topics including “War and the Sacred Right of Property,” “The Sham of Culture,” “The Misconceptions of Free Love,” and “The Psychology of Anarchism” in St. Louis, Missouri. (see EG for expanded chronology)

November 29, 1960: having been told on 1 November that their contract to perform at his Kaiserkeller club was being terminated by owner Bruno Koschmider, The Beatles began moving their belonging to the attic room above the nearby Top Ten Club. At the time The Beatles were staying in the Bambi-Filmkunsttheater cinema, where the accommodation was basic and sanitary facilities minimal. John Lennon and Stuart Sutcliffe had already moved out, and Paul McCartney and Pete Best were to follow. George Harrison had already been deported on November 21.

It was dark as McCartney and Best gathered their belongings in the Bambi Kino. As there were no lights they set lit an object – different accounts mention rags, a wall tapestry, or a condom attached to a nail – in order to see. There was no damage apart from a burn mark on the wall, and the fire eventually extinguished itself on the damp wall. Bruno Koschmider, however, was furious, and told the police that The Beatles had attempted to set fire to the cinema. McCartney and Best were arrested. (see Nov 30) 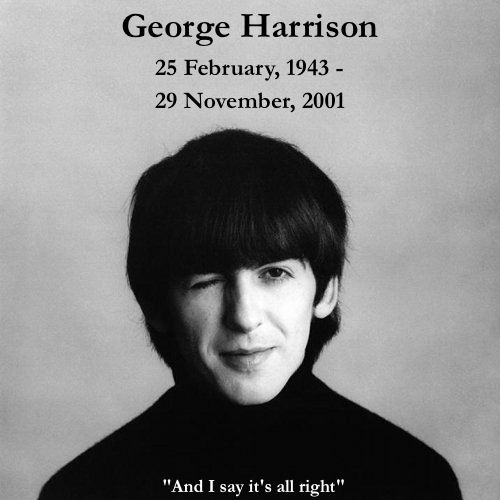 November 29, 2016:  based on promising results, the Food and Drug Administration gave permission for large-scale, Phase 3 clinical trials of the drug Ecstacy — a final step before the possible approval as a prescription drug. [NYT article] (see Dec 1) 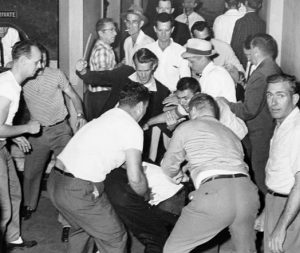 November 29, 1964: the prosecution opened its case against William Epton on charges of trying to overthrow by force the government of New York State.

November 29, 2012: thirteen officers shot and killed driver Timothy Russell and his passenger, Malissa Williams, after they led police on a 22 minute chase. It started when an officer said the couple fired a gunshot from their car as they drove passed police headquarters downtown. The thirteen officers fired 137 shots, striking Russell 23 times and Williams 24 times. No gun was found in the suspect’s vehicle. (see 137 shots for expanded chronology) 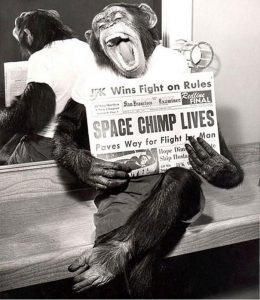 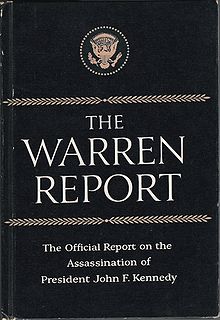 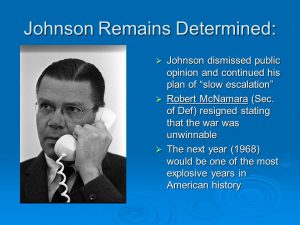 November 29, 1967: Robert S. McNamara announced that he would resign as Secretary of Defense to become president of the World Bank.

Early in November, McNamara submitted a memorandum to Johnson recommending that the United States freeze its troop levels, cease the bombing of the north, and turn over responsibility for fighting the ground war to the South Vietnamese. Johnson rejected these recommendations outright. McNamara subsequently resigned; Johnson adviser Clark Clifford succeeded him. [2017 NYT article] (see Nov 30) 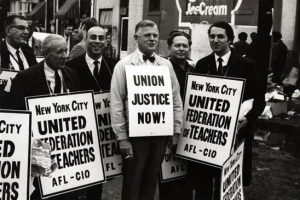 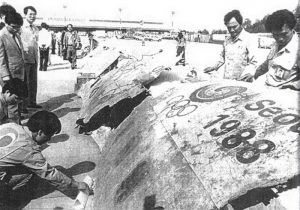 November 29, 1996: on December 30, 1994, John Salvi III had walked into two separate abortion clinics in Brookline, Massachusetts and shot workers with a rifle, killing two receptionists and wounding five other employees.

While awaiting trial, on this date, John Salvi was found dead in his prison cell with a garbage bag over his head tied around his neck. The official report states that Salvi’s death was a suicide. (Women’s Health, see January 16, 1997; Terrorism, see November 12, 1997) 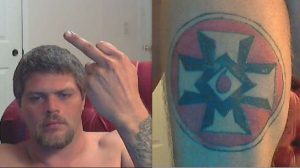 November 29, 2013: officials charged Steven Joshua Dinkle, a onetime Ku Klux Klan leader, with burning a cross in a mostly black neighborhood in southeast Alabama, federal prosecutors said. Dinkle was indicted on charges of conspiring to violate housing rights; criminally interfering with housing rights; using a fire to commit a felony; and obstruction of justice. Dinkle was the former exalted cyclops of a KKK chapter in Ozark. (see Dec 9)

November 29, 1990: the United Nations Security Council passed UN Security Council Resolution 678, authorizing military intervention in Iraq if that nation did not withdraw its forces from Kuwait and free all foreign hostages by Tuesday, January 15, 1991. (see January 9, 1991)

It provided family based immigration visa, created five distinct employment based visas, categorized by occupation, as well as the diversity visa program which created a lottery to admit immigrants from “low admittance” countries or countries where their citizenry was underrepresented in the U.S.

Besides these immigrant visas there were also changes in nonimmigrant visas like the H-1B visa for highly skilled workers. There were also cutbacks in the allotment of visas available for extended relatives.The Temporary protected status visa was also created where Congress established a procedure by which the Attorney General may provide TPS to immigrants in the United States who were temporarily unable to safely return to their home country because of ongoing armed conflict, an environmental disaster, or other extraordinary and temporary condition. (Immigration, see July 25, 2008; Temporary Protected Status, see November 21, 2017)

November 29, 1993: Kevorkian began fast in Oakland County jail for refusing to post $50,000 bond after being charged in the October death of Merian Frederick, 72. (see JK for expanded chronology) 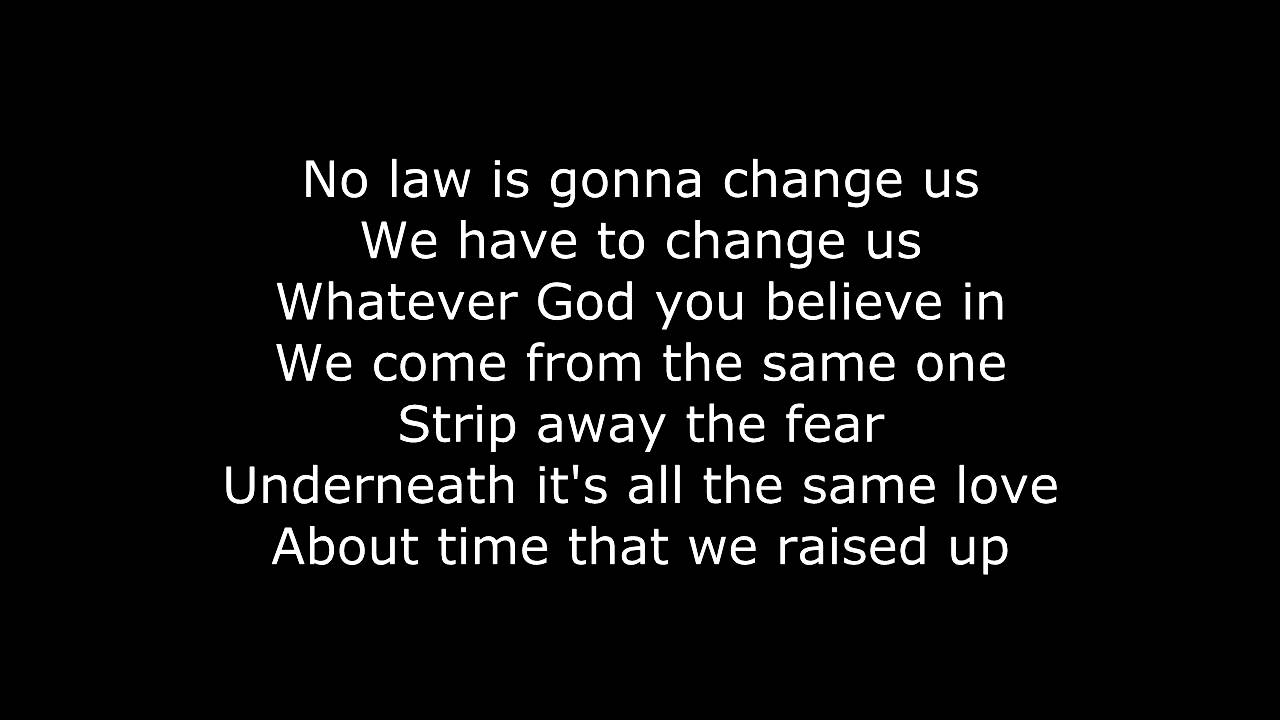 November 29, 2012: South Lyon, Michigan Board of Education suspended middle-school teacher Susan Lyon for playing Macklemore’s “Same Love” to her class. A student made the request and after asking if the song was violent or had any profanity, the performing arts teacher played it.

Macklemore responded: I believe that Ms. Johnson getting suspended is completely out of line and unjust. However, I think it’s important for moments like these to be exposed and for us to pay attention and respond. This level of intolerance and fear is still very active in America, but at times is not completely visible. This incident is just one of tens of thousands that have happened across the country where schools have exposed a latent homophobia, preventing safe space for all young people to feel confident in being themselves. It’s clear that Ms. Johnson felt bullying and “gay bashing” were issues that needed to be addressed, and by doing so, was punished.

I wrote the song “Same Love,” not with the expectation that it would cure homophobia and lead to marriage equality across the US (although that’d be awesome). It was written with the hope that it would facilitate dialogue and through those conversations understanding and empathy would emerge. This incident demonstrates how too often we are quick to silence conversations that must be had. Even if people disagree, there is far more potential for progress when people are vocal and honestly expressing their thoughts about gay rights. When we are silent and avoid the issue, fear and hatred have a far greater life span.

It’s discouraging that a song about love and civil rights has led to a teacher getting suspended from her job. But that’s where we are at. For those of us who get a pit in our stomach when reading a story like this, it just makes it abundantly clear there is far more work to be done. 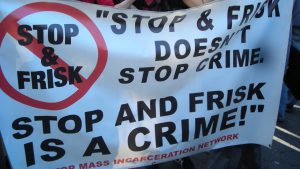 November 29, 2013: an analysis by the NY state attorney general, Eric Schneiderman, of nearly 150,000 stop-and-frisk arrests suggested that they netted few serious criminals. According to the report, only 1 in 50 arrests, or 0.1 percent of all stops, led to a conviction for a violent crime; similarly, just 1 in 50 arrests led to conviction for possession of a weapon. Nearly half of arrests resulted in no convictions because authorities never prosecuted, dismissed the case, or gave the case an “adjournment in contemplation of dismissal,” which meant that they dismissed the charge if the person stayed out of trouble for six months or a year. [NYT article] (see Dec 16)