Maternity and Infancy Protection Act of 1921

November 23, 2015: federal 7th Circuit Kudge Richard Posnerpanel ruled that a Wisconsin law that required abortion providers to get admitting privileges at nearby hospitals was unconstitutional. The panel’s 2-1 decision didn’t put the question to rest. Nearly a dozen states had imposed similar requirements on abortion providers, and the U.S. Supreme Court agreed last week to hear a challenge to Texas’ law in a case that could settle the issue nationally.

The Wisconsin case centers on a lawsuit filed by Planned Parenthood and Affiliated Medical Services. The groups argue that the 2013 law amounts to an unconstitutional restriction on abortion. (see January 25, 2016)

November 23, 2018: The Catholic Church’s International Union of Superiors General, a global organization of nuns, denounced the “culture of silence and secrecy” surrounding sexual abuse in the church and urged sisters who had been abused to report the crimes to police and their superiors.

The organization represents more than 500,000 sisters worldwide. It vowed to help nuns who had been abused to find the courage to report it, and pledged to help victims heal and seek justice.

The statement, issued on the eve of the U.N.-designated International Day for the Elimination of Violence Against Women. [ABC News report] (see March 8, 2019)

The decision in this case came three years after a decision ruling separate Mexican-American schools in California unconstitutional in Mendez v. Westminster on April 14, 1947, and four years before the historic Supreme Court decision in Brown v. Board of Education, on May 17, 1954, declaring racially segregated schools unconstitutional. [PDF on topic] (see January 20, 1951)

November 23, 1956: the first meeting between members of the newly-formed National Football League Players Association and team owners takes place in New York. Union founders included Frank Gifford, Norm Van Brocklin, Don Shula and Kyle Rote. They were asking for a minimum $5,000 salary, a requirement that their teams pay for their equipment, and a provision for the continued payment of salary to injured players. The players’ initial demands were ignored.(see December 6, 1957)

November 23, 1962, The Beatles before their US appearance: a 10-minute lunchtime audition before a panel of BBC television producers to assess The Beatles’ talents as a group. 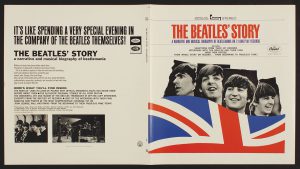 November 23, 1964:  Capital Records released The Beatles Story double LP . Capital billed it as “a narrative and musical biography of Beatlemania on two long-play records.”  The albums featured interviews, press conferences, and songs by the The Beatles.  It was The Beatles’ fourth release by Capitol Records. (see Dec 4)

November 23, 1972: USS Kitty Hawk crewmen described October 12 riots as a series of all-night brawls during which about 100 black and white sailors “used knives, forks, and chains and anything else they could get their hands on” as weapons. (NYT article) (see Nov 30)

November 23, 2015: during a Black Lives Matter protest in Minneapolis, shots were fired at the protesters hitting 5. (see Nov 25)

November 23, 2019: ESPN reported that in the week after Colin Kaepernick worked out for seven NFL teams at Charles R. Drew High School in Riverdale, Georgia, no teams reached out to work him out, visit with him or sign him

Kaepernick’s representatives also sent video of their client’s workout to the 25 NFL teams that did not attebd, but that did not led to any interest, either. (next CK, see Dec 23)

November 23, 2020: for the first time in the National Football League’s history, the seven-man crew officiating the Monday Night Football game between the Los Angeles Rams and Tampa Bay Buccaneers were Black.

However, on the same day the Colin Kaepernick tweeted out a video of himself training with former San Francisco 49ers teammate Eric Reid, along with the caption: “1,363 days of being denied employment. Still putting in work with @E_Reid35 Still going hard 5 days a week. #StillReady #StopRunning.” [CNN story] (next BH, see Dec 16; next CK, see Dec 17) 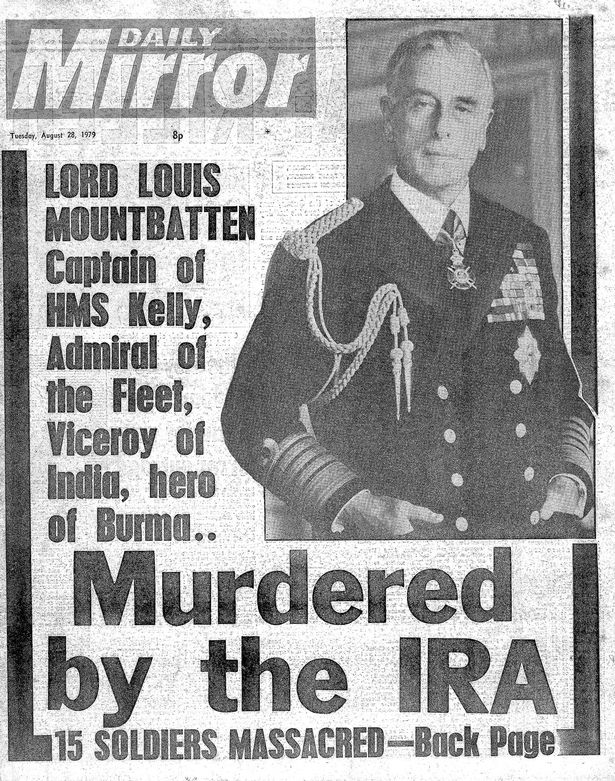 November 23, 1979: in Dublin, Ireland, Provisional Irish Republican Army member Thomas McMahon was sentenced to life in prison for the assassination of Lord Mountbatten of Burma on August 27, 1979. (see March 1, 1981) 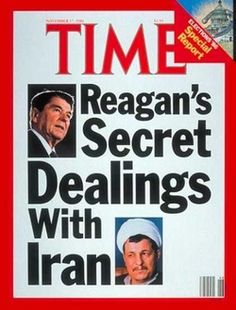 November 23, 1981: President Ronald Reagan on this day signed a secret directive authorizing the CIA to create the Contras, an anti-Communist insurgency group in Nicaragua. The directive, NSDD-1, authorized $19 million in secret funds. This order was one of the first steps that led to the Iran-Contra scandal that engulfed the Reagan administration in late 1986, and which involved a number of violations of law, established government policy, and civil liberties. President Reagan and his CIA Director William Casey were fierce anti-communists, determined to fight what they saw as communist threats anywhere in the world. They were both committed to this effort, even if it meant violating the law and established policies, as the Iran-Contra affair revealed. (see September 13, 1985)

November 23, 1992: Catherine Andreyev of Moon Township, Pennsylvania, died in Kevorkian’s assistant Neil Nicol’s home. She was 45 and had cancer. Hers is the first of 10 deaths Kevorkian attended over the next three months; all die from inhaling carbon monoxide. (see JK for expanded chronology)

Kaepernick made the surprise visit to the site of the former Alcatraz Federal Penitentiary to join indigenous people who occupied the island off the coast of San Francisco between 1969 and 1971. There has been an annual sunrise gathering on the island since the takeover of Alcatraz to highlight the deadly, destructive impact on indigenous people of the arrival in America of European colonizers.

He received two eagle feathers from a Native American elder before delivering a brief speech at the UnThanksgiving Day event.“I’m very humbled to share this space with all of you,” he said. “Our fight is the same fight. We’re all fighting for our justice, for our freedom. And realizing that we’re in this fight together makes us all the more powerful.” (NA, see Nov 27; CK, see Dec 3)

November 23, 2018: a major scientific report issued by 13 federal agencies presented the stark warnings of the consequences of climate change for the United States, predicting that if significant steps are not taken to rein in global warming, the damage will knock as much as 10 percent off the size of the American economy by century’s end.

The report, which was mandated by Congress and made public by the White House, was notable not only for the precision of its calculations and bluntness of its conclusions, but also because its findings were directly at odds with President Trump’s agenda of environmental deregulation, which he asserts will spur economic growth. [NYT article]

November 23, 2018: the Trump administration asked the Supreme Court to allow it to leapfrog federal appeals courts in several cases concerning the president’s decision to bar transgender people from serving in the military.

Federal district courts had entered injunctions against the new policy, but no appeals court yet ruled on it. The Supreme Court does not ordinarily intercede until at least one appeals court has considered an issue, and it typically awaits a disagreement among appeals courts before adding a case to its docket. [NYT report] (next LGBTQ, see January 15, 2010)

November 23, 2022: President Joe Biden signed a bipartisan marijuana research bill. The Senate had approved the legislation under unanimous consent the previous week, two months after it had cleared the House. It represented the first piece of cannabis reform legislation in U.S. history to be transmitted to the president.

The legislation gave the U.S. attorney general 60 days to either approve a given application or request supplemental information from the marijuana research applicant. It would also create a more efficient pathway for researchers who request larger quantities of cannabis. [MM article] (next Cannabis, see or see CAC for wider chronology)