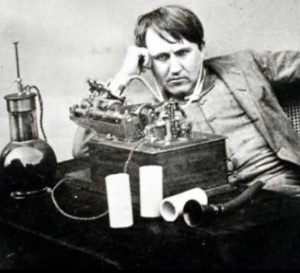 December 5, 1877: Thomas Edison demonstrated the first gramophone, with a recording of himself reciting “Mary Had a Little Lamb”. (see February 19, 1878) 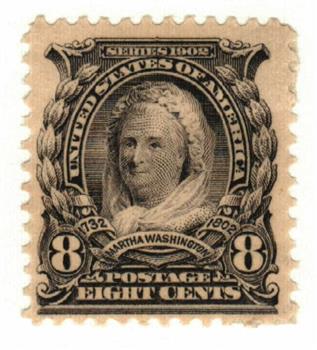 December 5, 1902: the government issued an 8¢ Martha Washington stamp. The stamp was the first U.S. definitive or commemorative stamp to feature a woman. (see March 27, 1904) 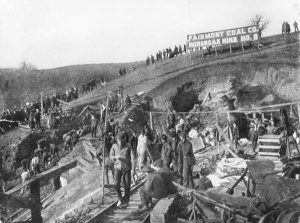 December 5, 1907: in West Virginia’s Marion County, an explosion in a network of mines owned by the Fairmont Coal Company in Monongah killed 361 coal miners.

It was the worst mining disaster in American history. Nationwide, a total of 3,242 Americans were killed in mine accidents in 1907. In ensuing decades, the United Mine Workers of America labor union and sympathetic legislators forced safety regulations that brought a steady decline in death rates in West Virginia and elsewhere. [US DoL article] (see Dec 19)

John T. and James B. McNamara

December 5, 1911: court sentenced unionists John T. and James B. McNamara to 15 years and life, respectively, after confessing to dynamiting the Los Angeles Times building during a drive to unionize the metal trades in the city.  They placed the bomb in an alley next to the building, set to detonate when they thought the building would be empty; it went off early, and an unanticipated gas explosion and fire did the real damage, killing twenty people. The newspaper was strongly conservative and anti-union. (see January 11 > March 1912)

December 5, 1955: the American Federation of Labor and the Congress of Industrial Organizations merged to form the AFL-CIO. (see November 23, 1956) 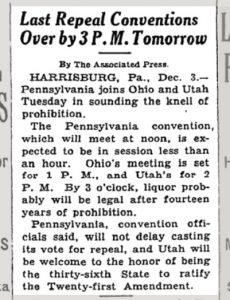 December 5, 1933: national Prohibition came to an end as Utah became the 36th state to ratify the 21st Amendment to the Constitution, repealing the 18th Amendment. (see June 10, 1935) 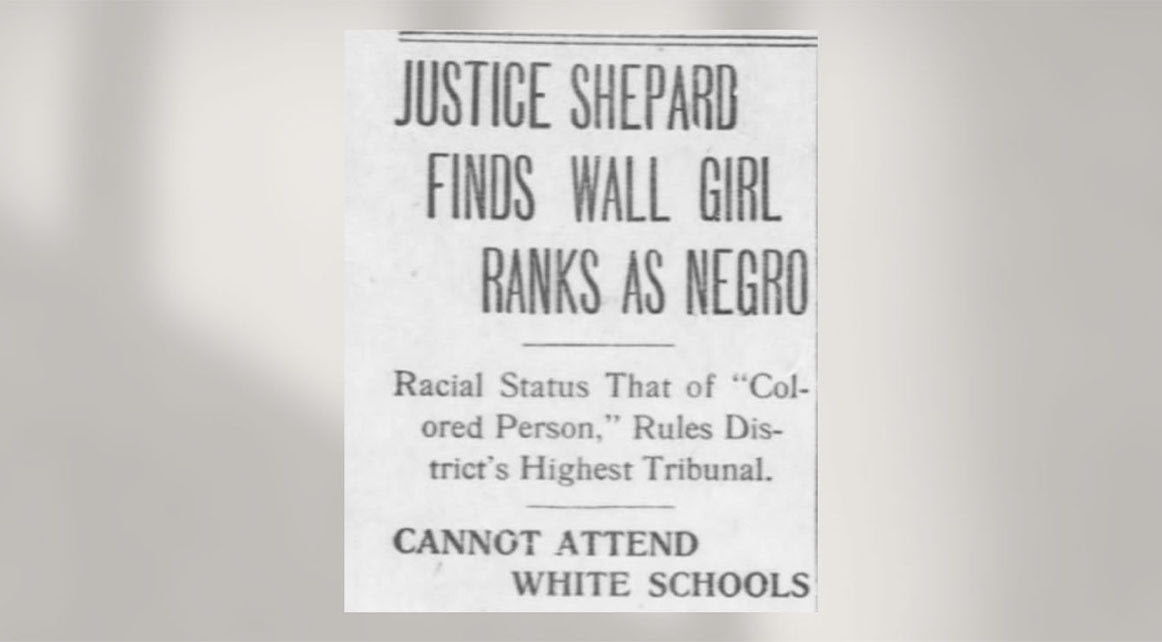 December 5, 1910: Chief Justice Shepard of the District Court of Appeals in Washington D.C., ruled that Isabel Wall, an eight-year-old girl, was prohibited from attending the local white public school because she was 1/16th Black. The court held that any child with an “admixture of colored blood” would be classified as such; thus, Isabel would be made to attend a separate school for Black children.

The decision in Oyster v. Wall came just over a decade after the Supreme Court’s ruling in Plessy v. Ferguson (1896), which held that the U.S. Constitution permitted the racial segregation of public facilities. Isabel’s parents filed a lawsuit against the D.C. School Board objecting to the law providing for segregated schooling, but also arguing that, even if segregation was appropriate, their child was not Black. [EJI story] (next BH, see April 8, 1911)

December 5, 1946: President Truman created a President’s Committee on Civil Rights to make recommendations for legislation or other means of strengthening the Federal Government’s hand in dealing with such problems as racial discrimination and mob violence. (BH, see January 3, 1947; Committee, see January 15, 1947)

December 5, 1955: Rosa Parks was convicted and fined for refusing to give up her seat to a white man on a city bus. The Montgomery Bus Boycott, organized by Martin Luther King Jr., began on this day. Most of the 50,000 African Americans living in Montgomery supported the boycott by walking, bicycling and car-pooling. The one-day boycott was so successful that the organizers met on Monday night and decided to continue. They established the Montgomery Improvement Association to organize the boycott and elected the King  as president. Jo Ann Robinson served on the group’s executive board and edited their newsletter. (see Dec 8)

December 5, 2013, Nelson Mandela, who had led the emancipation of South Africa from white minority rule and served as his country’s first black president, becoming an international emblem of dignity and forbearance, died.

He was 95. (see NM for expanded chronology) 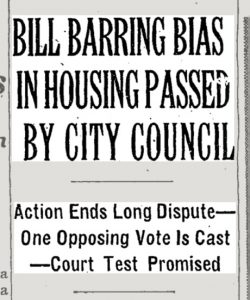 December 5, 1957: New York City became the first city in the nation to pass a fair housing ordinance making it illegal to discriminate on the basis of race. (see June 30, 1961)

December 5, 1960: Supreme Court decision, Boynton v Virginia. The court overturned a judgment convicting an African American law student for trespassing by being in a restaurant in a bus terminal which was “whites only.” The decision held that racial segregation in public transportation was illegal because such segregation violated the Interstate Commerce Act. (see  Dec 10) 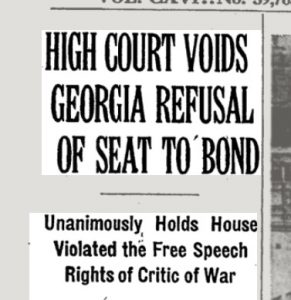 December 5, 1966: civil rights leader Julian Bond had been elected to the Georgia House of Representatives, but the legislature refused to seat him because of his civil rights activities and political views. Bond had been one of the leaders of the sit-ins in Atlanta in 1960.  He was also a leader of the Student Nonviolent Coordinating Committee. In Bond v. Floyd the Supreme Court unanimously ordered him seated, which he was on January 9, 1967. (NYT abstract) (see Dec 8)

Three other people, including two law enforcement officials, had also been charged in connection with the Coggins’ death: Sandra Bunn and Lamar Bunn were charged with obstruction of justice in the case. Gregory Huffman, 47, was charged with violation of oath of office and obstruction of justice. Broder said no court date had been set for the latter three. (BH, see January 8, 2018; Coggins, see June 26, 2018)

“For What It’s Worth” 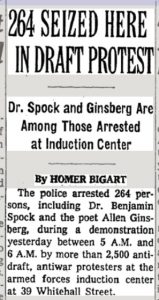 December 5, 1969: though first published on November 20, 1969, on this date the CBS Evening News Walter Cronkite issued a warning about the disturbing My Lai images for viewers before showing them. The images immediately caused a country-wide uproar. (see My Lai for expanded chronology; next Vietnam, see Dec 8)

December 5, 2013: Pope Francis announced the establishment of  a commission to advise him on protecting children from pedophile priests and on how to counsel victims. (NYT article) (Abuse, see April 21, 2015; Commission, see March 1, 2017)

December 5, 2016: North Dakota officials estimated that more than 176,000 gallons of crude oil had leaked from the Belle Fourche Pipeline into the Ash Coulee Creek. The leak was about two and a half hours from Cannon Ball, where protesters were camped out in opposition to the Dakota Access pipeline. Wyoming-based True Cos (see Dec 20)

December 5, 2017: Kaepernick received the the Sports Illustrated Muhammad Ali Legacy Award. According to its site, “The Legacy Award was created in 2008 to honor former athletes and sports figures who embody the ideals of sportsmanship, leadership and philanthropy as vehicles for changing the world.” [USA Today article] (see January 23, 2018) (see CK for expanded chronology)