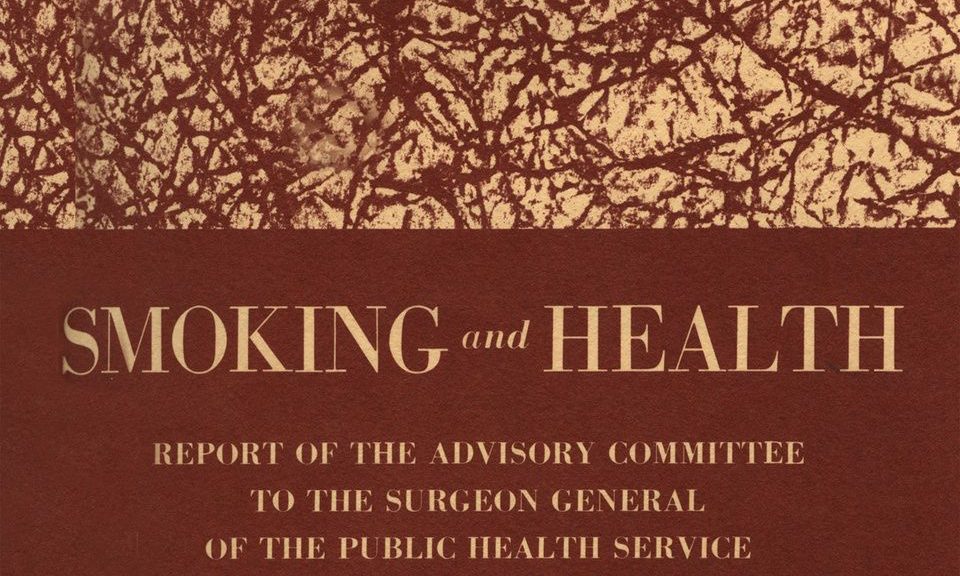 On January 8, 1811 Charles Deslondes had led a rebellion of some 500 enslaved black people in New Orleans.  Deslondes’s background was that after black people in Haiti won their independence from the French in 1804 following a thirteen-year war, many white planters relocated from Haiti to the area of New Orleans Territory . The planters brought their slaves. Charles Deslondes was one of them. In early January 1811, Charles Deslondes led the plan for an anti-slavery rebellion. The rebellion began with an attack on a plantation attack. One white man died. The rebels then traveled along the Mississippi River, attacking plantations and recruiting more fighters. Some enslaved blacks joined the rebels, while others warned their masters and tried to avert plantation attacks. Many whites escape.

On January 11, 1811 a militia of white planters confronted Charles Deslondes and the rebels in a brief battle, killing many and forcing others to flee. Deslondes and his supporters were captured. Some were returned to their plantations; others were tried and executed, their corpses publicly displayed as warning against future uprisings. The final death toll included two whites and ninety-five blacks. The territorial legislature later voted to financially compensate whites whose enslaved black laborers had been killed. (next BH & SR, see March 6, 1815; or see SR for expanded slave revolt chronology)

January 11, 1949: the trial of accused William Howell was set to begin. The other accused Robert Clifton had obtained a severance of trial. Mallard testified that her husband and their family turned off on a side road leading to their home and were stopped by a gang of “about twenty men, wearing white stuff and all carrying pistols.” She testified that she recognized Howell among the members of the mob, and also recognized Clifton’s automobile. During her testimony Mallard became hysterical and fell from the witness chair to the floor, kneeling with her hands in the air. She exclaimed, “It was so horrible! Why did they kill him? He was so good to us. . . . I’m so sick.”

Howell testified that he spent the night with friends, and his friends corroborated this story. The defense sought to imply that Amy Mallard had a pistol that night. Defense lawyers further claimed that outside influences were trying to control the verdict.

After  twenty-five minutes of deliberation, the jury acquitted Howell, and the courthouse crowd cheered in jubilation. The judge granted the county attorney’s motion to dismiss the indictment against Clifton, since the evidence against Clifton was weaker than that against Howell. After the trial, defense attorney Sharpe said of Goldwasser, “That roaring lion from Judea is a disgrace to the Jewish race. He wouldn’t even make catfish bait in the Altamaha River!” (BH & RM, see July 4)

After the US Supreme Court struck down public school segregation in Brown v. Board of Education, many Southern states rushed to implement new laws to circumvent the ruling. In 1955 and 1956, the Georgia legislature passed a series of laws that prevented any integrated school system in the state from receiving or spending state funds.

Georgians elected Ernest Vandiver, Jr., a staunch opponent of integration, Governor of Georgia in 1958. Maintaining segregation within the school system was so core to his candidacy that his election motto was “No, not one,” referring to the number of black children that should be allowed to attend schools alongside white children. During the Vandiver administration, a federal court in Calhoun v. Latimer found that the Atlanta school system remained unlawfully segregated and ordered the school district to integrate. Vandiver defied the court order and continued Georgia’s policy of school segregation, stating that he would comply with existing state law and withhold funds from the offending school district rather than see segregation end.  (BH & SD, see Jan 18)

During the search for the bodies of civil rights workers Mickey Schwerner, James Chaney, and Andrew Goodman, the bodies of Henry Hezekiah Dee and Charles Eddie Moore were found and initially mistaken for two of the three workers.

An FBI investigation led to the arrests of James Seale and Charles Edwards. On January 11, 1965, on the recommendation of the State District Attorney, the charges were dismissed. Not until . After the dismissal of state charges, the FBI actively continued to investigate the murders to no avail. (seeDee/Moore for expanded chronology; next BH, see Jan 18)

January 11, 1966: Vernon Dahmer Sr. died a day after the Ku Klux Klan attacked him and his family in their home near Hattiesburg, Miss. Fourteen men were arrested in the late 1960s, with one conviction and several mistrials. Sam Bowers served six years in prison for the murders of civil rights workers Chaney, Goodman, and Schwerner. (BH, see Jan 12; Dahmer, see June 23)

January 11, 2018: Edgar Ray Killen, the former Klansman who was sentenced to a 60-year prison term in 2005 for arranging the murders of three young civil rights workers outside Philadelphia, Miss., in 1964 during the Freedom Summer drive to register Southern black voters, died in prison in Parchman, Miss. He was 92. (next BH, see Mar 15; see Murders for expanded chronology)

That hearing hearing was closed and all information within the hearing was sealed, but WPXI-TV and the Post-Gazette had lawyers in court arguing the public was entitled to know the details of that hearing. (B & S and AR, see Jan 14)

January 11 > March 1912: Lawrence textile strike in Lawrence, Massachusetts, often known as the “Bread and Roses” strike. Dozens of different immigrant communities united under the leadership of the Industrial Workers of the World (IWW) in a largely successful strike led to a large extent by women. The strike is credited with inventing the moving picket line, a tactic devised to keep strikers from being arrested for loitering.

It also adopted a tactic used before in Europe, but never in the United States, of sending children to sympathizers in other cities when they could not be cared for by strike funds On 24 February 1912, women attempting to put their children on a train out of town were beaten by police. (LH, see Feb 8; Feminism, see Mar 12) January 11, 1937: nearly two weeks into a sit-down strike by General Motors (GM) auto workers at the Fisher Body Plant No. 2 in Flint, Michigan, a riot broke out when police try to prevent the strikers from receiving food deliveries from supporters on the outside. Strikers and police officers alike were injured in the melee, which was later nicknamed the “Battle of the Running Bulls.” After riot, Michigan governor Frank Murphy called in the National Guard to surround the plant. However, the governor, who wanted to preserve his reputation as a friend to the workingman, decided against ordering troops into the plant. (see Feb 11) January 11, 1936: following a protest by the local Ministerial Association, the Tulsa, Oklahoma government banned the play Tobacco Road by Erskine Caldwell. The play was based on Caldwell’s 1933 novel of the same name. Both the novel and the play were censored in cities around the country because of their treatment of sexuality. The play was also banned in Newark, Chicago, Detroit and Albuquerque for being “immoral.”

January 11, 1963: recorded on 26 November 1962, the Beatles released their second single in the UK: “Please Please Me.” The song’s title also became the title of their first LP.

John Lennon: ” ‘Please Please Me’ is my song completely. It was my attempt at writing a Roy Orbison song, would you believe it? I wrote it in the bedroom in my house at Menlove Avenue, which was my auntie’s place“. (David Sheff. John Lennon: All We Are Saying).

The single reached No. 1 on the New Musical Express (the most recognized chart at the time) on 22 February 1963, as well as the Melody Maker where it was Number 1 for two weeks. However, it only reached No. 2 on the Record Retailer chart, which subsequently evolved into the UK Singles Chart and because of this it was not included on the multi-million selling Beatles compilation, 1.  (see Please Please Me)  (Beatles, see Jan 25; Please Please Me, see Feb 22) January 11, 1964: U.S. Surgeon General Luther Terry issued “Smoking and Health,” a report by an advisory committee which concluded that “cigarette smoking contributes substantially to mortality from certain specific diseases and to the overall death rate.” (NYT article) (see May 10)

January 11, 1967: the Justice Department had asked the Supreme Court to uphold the constitutionality of the law prohibiting draft card burning. Solicitor General Thurgood Marshall said that the law was “an appropriate regulatory measure designed to preserve a document which plays an important role in the administration of the Selective Service System.”  (next Vietnam, see Jan 12; see Draft Card Burning for expanded story)

January 11, 1992: Berkeley, CA declared 1992, the 500th anniversary of Columbus’ landing in America, “The Year of Indigenous People.”  The idea of abandoning Columbus Day was initiated by the Berkeley chapter of the Resistance 500 task force, a group dedicated to publicizing the belief that Columbus was responsible for the genocide of American Indians. (see February 11 – July 15, 1994)

January 11, 1999: President Clinton’s defense team denied the charges against the president in a 13-page answer to a Senate summons. House prosecutors submit a pre-trial memo outlining their case. (see CI for expanded chronology) January 11, 2010: the New Jersey Legislature approved a measure made it the 14th in the nation to legalize the use of marijuana to help patients with chronic illnesses. The measure allowed patients diagnosed with severe illnesses like cancer, AIDS, Lou Gehrig’s disease, muscular dystrophy and multiple sclerosis to have access to marijuana grown and distributed through state-monitored dispensaries — was passed by the General Assembly and State Senate on the final day of the legislative session. (NYT article) (Marijuana, see Feb 7; AIDS, see July 27)

January 11, 2018:  Vermont lawmakers approved legalizing recreational marijuana. The bill would go to the state’s Republican governor, who said he would sign it.

The bill allowed possession of up to an ounce of marijuana, or two mature plants. It did not allow a regulated retail market, such as California’s or Colorado’s.

The “yes” vote in the Vermont State House marked the first time legalization had been approved by a Legislature. The eight other states that made pot legal had done so by citizen referendum.

January 11, 2014: as hundreds of thousands of residents faced a third day without water because of a chemical spill in a local river. Jeff McIntyre, president of West Virginia American Water said that it could be days before it was safe for them to drink tap water again. Officials had set up four labs to test the amount of chemical in the water, but that it might take days to provide enough samples to determine whether the water was safe. (NYT article) (see Jan 19)

January 11, 2017: after repeating many times that Mexico would pay for the wall and in what would turn out to be the first of many contentious press conferences, President Trump clarified that Mexico might not be paying the upfront costs for the wall after all.

January 11, 2018: Trump explained to The Wall Street Journal that border officials told him “they need see-through” and indicated a concrete wall might be the wrong thing because of that.

“We need a form of fence or window,” Trump said.

He also said the wall did not need to run the course of the entire border because of natural barriers. But he also insisted “the wall’s identical” to what he promised on the campaign trail. (next TW, see Jan 18)

January 11, 2018: President Trump balked at an immigration deal that would include protections for people from Haiti and some nations in Africa, demanding to know at a White House meeting why he should accept immigrants from “shithole countries” rather than from places like Norway.