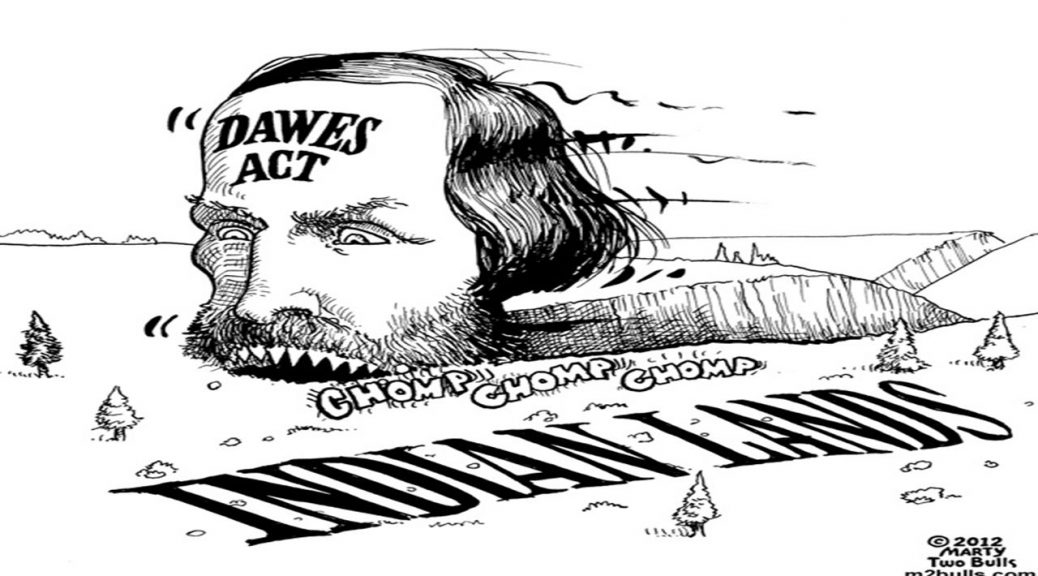 February 8, 1887: Congress passed The Dawes Act of 1887. It authorized the President to survey Indian tribal land and divide it into allotments for individual Indians. The stated objective of the Dawes Act was to stimulate assimilation of Indians into American society. Individual ownership of land was seen as an essential step. The act also provided that the government would purchase Indian land “excess” to that needed for allotment and open it up for settlement by non-Indians. (see December 29, 1890) 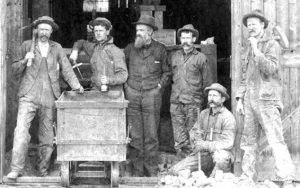 February 8, 1894: union miners in Cripple Creek, Colorado  begin what became a five-month strike that started when mine owners cut wages to $2.50 a day, from $3. The state militia was called out in support of the strikers—the only time in U.S. history that a militia was directed to side with the workers. The strike ended in victory for the union. (see Mar 25) 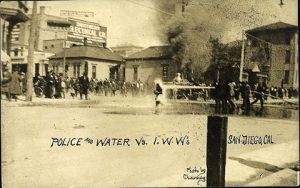 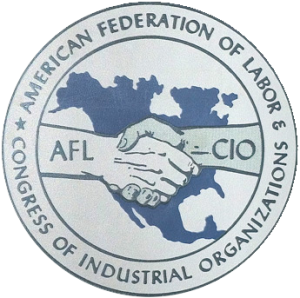 February 8, 1955: Representatives of the AFL and CIO signed an agreement to merge, beginning a long period of unity within organized labor. George Meany will lead the organization for two decades, taking labor in a generally conservative direction. “We do not seek to recast American society,” Meany says. “We seek an ever rising standard of living.” Big Labor gradually became a complacent interest group rather than a social movement. (see Dec 5)

The Birth of a Nation 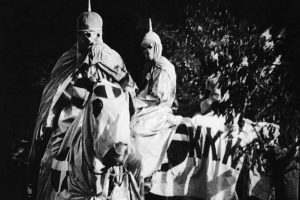 February 8, 1915: D. W. Griffith’s  The Birth of a Nation premiered in Los Angeles. Although local censors approved the film, city council members responded to concerns about the racist nature of the picture by ordering it suppressed. Released under the title, The Clansman, the movie debuted only after Griffith sought an injunction from the court.

Griffith’s story centers on two white families torn apart by the Civil War and reunited by what one subtitle calls, “common defense of their Aryan birthright.” Promoting a skewed historical vision of a war-torn South further abused by carpetbaggers, scalawags, and radical Republicans, the film remakes Lincoln as a friend of the South. “I shall deal with them as though they had never been away,” Griffith’s Lincoln says. In The Birth of a Nation, the Ku Klux Klan rushes in to fill the void left by Lincoln’s untimely death and the chaos of Reconstruction. (see Feb 18)

February 8, 1963: Baltimore, MD. At the Spinsters’ Ball at the Emerson Hotel, a very drunk and verbally abusive William Devereux “Billy” Zantzinger hit 51-year old Hattie Carroll  after she was slow to serve a drink to him. 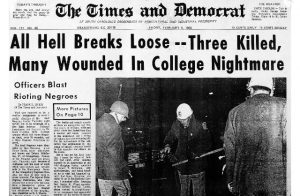 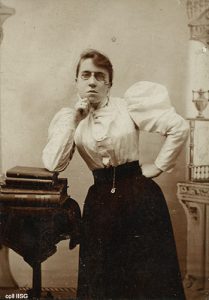 February 8, 1924: Nevada carried out the first execution by lethal gas in American history. The executed man was Gee Jon, a member of a Chinese gang who was convicted of murdering a rival gang member. Lethal gas was adopted by Nevada in 1921 as a more humane method of carrying out its death sentences, as opposed to the traditional techniques of execution by hanging, firing squad, or electrocution. (see Aug 22)

February 8, 1941: Ho Chi Minh, disguised as one of the local Nung people, slipped across the Chinese border into Tonkin (Vietnam) near the remote mountain village of Pac Bo and set up  a headquarters. (see May 10)

February 8 – 10, 1967: CALC [Clergy and Laity Concerned] (had formed in October 1965 as the Clergy Concerned about Vietnam) organized a nationwide “Fast for Peace.”  The FBI investigated CALC as a threat to national security. (see Feb 15) 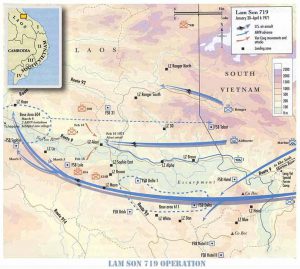 February 8, 1971:  three South Vietnamese divisions drive into Laos to attack two major enemy bases. Unknowingly, they are walking into a North Vietnamese trap. Over the next month, more than 9,000 South Vietnamese troops are killed or wounded. More than two thirds of the South Vietnamese Army’s armored vehicles are destroyed, along with hundreds of U.S. helicopters and planes. (see Feb 26)

On February 7, the Rev. George M. Docherty had suggested to President Eisenhower that the phrase “under God” be included in the Pledge of Allegiance. The next day Eisenhower acted on Rev Docherty’s suggestion and Rep. Charles Oakman (R-Mich.), introduced a bill to that effect. (see Pledge for expanded chronology)

February 8 – 21, 1960:  “Teen Angel” by Mark Dinning #1 Billboard Hot 100. Released the previous October, radio stations were reluctant to play it and it was banned by the BBC. Performed by Sha Na Na at Woodstock. Third of three #1 songs in a row in which a person or persons die. (see July 18 – Aug 7)

February 8, 1963:  The Beatles were thrown out of the ABC Ballroom in Carlisle (UK) for wearing leather jackets. (see Feb 11)

February 8, 1968:  Planet of the Apes released. The backstory of the movie is that Michael Wilson wrote the script. Wilson been blacklisted during the Cold War after refusing to cooperate with the House Un-American Activities Committee (HUAC) in September 1951. (He was not one of the Hollywood Ten, who testified beginning on October 27, 1947, and were blacklisted.)

When he was able to return to work under his own name, he took his revenge for the blacklisting by including a scene in the Planet of the Apes that wickedly parodies the House Un-American Activities Committee (HUAC). In the scene, Charleton Heston stands naked, literally, in front of a committee of apes that interrogates him. (Roger Ebert review) (see Feb 19)

February 8, 1996: the Telecommunications Act passed and required that computers, telephones, closed captioning, and many other telecommunication devices and equipment be made accessible. (FCC text) (see  February 12, 1998)

February 8, 2015:  Judge Roy Moore, Chief Justice of the Alabama Supreme Court, issued an order commanding all probate judges in the state to refuse to issue marriage licenses same-sex couples. “Effective immediately, no probate judge of the State of Alabama nor any agent or employee of any Alabama probate judge shall issue or recognize a marriage license that is inconsistent” with the Alabama Constitution or state law, the chief justice wrote in his order.

Moore’s edict came as a temporary stay on a federal court ruling striking down the state’s ban on marriage equality was set to expire the following day. Under federal law, the expiration of this stay whould compel every public servant tasked with issuing civil marriage licenses to extend that service to same-sex couples starting February 9. The initial ruling, handed down by U.S. District Judge Callie V.S. Granade, found the state’s marriage ban violated the 14th Amendment of the U.S. constitution. (see Feb 9)

February 8, 2018: immigration activist Ravi Ragbir was scheduled to be deported to Trinidad and Tobago on February 10, on this date Ragbir’s lawyers filed a First Amendment suit claiming that ICE had targeted their client because he was an outspoken activist as the director of the New Sanctuary Coalition of New York City.

The government agreed to delay his removal until the court can decide whether his rights have been violated.

Ragbir’s case was one of a growing number in which federal judges had ruled to halt both individual and mass deportations. The week before, a judge in a New Jersey district court temporarily stopped the deportation of Indonesian Christians, longtime community members in Highland Park, N.J., who had been swept up by immigration agents.

The day before that, in Boston, a judge made a similar ruling in the case of 50 Indonesian Christians, and in December, a Miami judge had halted the deportation of 92 Somalis.

In June, a judge in Detroit had halted the deportation of more than a hundred Iraqi Christians, and then expanded the ruling to cover a class of as many as 1,400 people.

These federal judges were not deciding immigration cases, over which they have no jurisdiction, but rather giving people time to fight in the immigration courts. They are slowing deportations by insisting that undocumented immigrants still had the right of due process, even if in many of these cases, the immigrants had known for years that they could be expelled. (see Feb 13)

February 8, 2020: the NYT reported that in a tweet President Trump called West Virginia Senator Joe Manchin III a “puppet Democrat Senator” who was “weak & pathetic.” Trump nicknamed him “Joe Munchkin” and suggested that Manchin was too stupid to understand a transcript of Trump’s telephone call with President Volodymyr Zelensky of Ukraine, the central piece of evidence in the impeachment case. Trump also took credit for the Manchin’’s signature legislative achievement: a bipartisan bill to secure miners’ pensions. (next TI, see  Mar 2 or see Trump for extended chronology)

February 8, 2021:  according to a new report by the Potsdam Institute for Climate Impact Research in Germany that analyzed emissions and electricity demand in the United States, Europe and India which were some of the world’s largest emitters of greenhouse gases, the share of energy generated from coal had dropped more sharply during the coronavirus pandemic than that of any other power source, The shift away from coal power had a significant impact on global emissions of planet-warming carbon dioxide, the researchers said, and could lead to an acceleration of the global shift toward renewable energy.

Ottmar Edenhofer, director and chief economist at the Potsdam Institute and an author of the study, said the findings were surprising because natural gas had traditionally had the highest operating costs of all power sources, so gas-fired plants were usually the first to be taken offline when demand for power falls. The sharp decline in gas prices during the pandemic, however, appeared to have changed that calculation, making coal power more expensive than gas power.

And according to a separate study by Ember Climate, an energy research organization based in London, global wind and solar power capacity increased last year despite the pandemic. That, combined with the relatively low operating costs, means that when power demand rebounds, a greater share of the total energy will quite likely come from low-emissions or renewable sources. [NYT article] (next EI, see Apr 22)