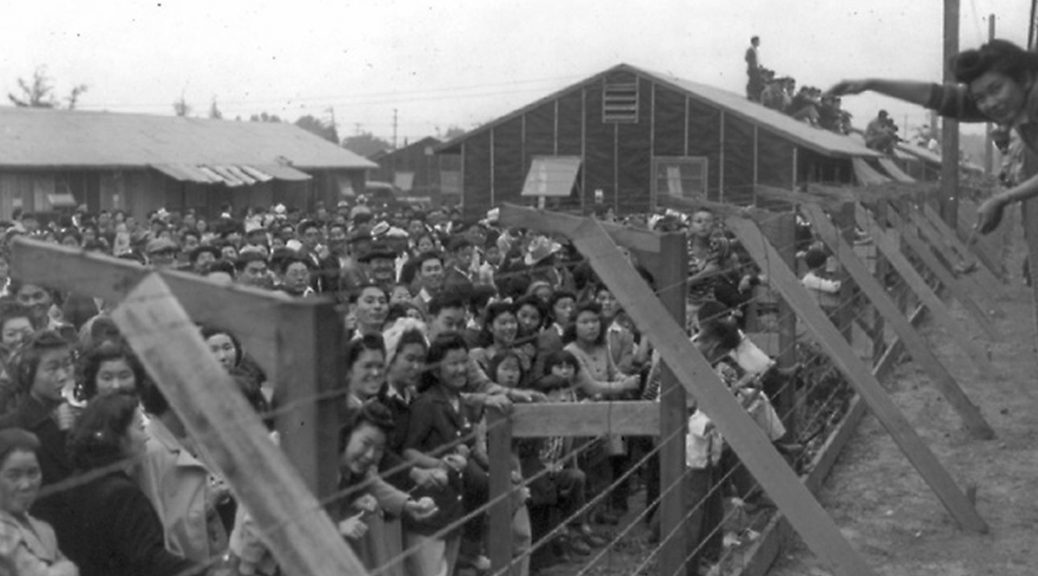 February 22, 1847: the US Congress enacted an Act to regulate the Carriage of Passengers in Merchant Vessels. Ships brought US products to Europe often used “passengers” as ballast for the return trip. In other words, the ship treated the passengers as cargo, not as people. Thousands became sick and died, particularly of typhus. This act was an attempt to curb such mistreatment.

Because of the Act’s limitations, ship owners increased their trips from Europe to Canada to bypass the law. The increase did not mean better conditions, but rather mean more crowded conditions and more deaths.

On August 15, 1909 the Ancient Order of Hiberians dedicated a Celtic Cross on the Grosse Island the site of a quarantine station and the site of graves for 5,000 Irish immigrants who had died at the station. (next IH, see January 31, 1848)

Agency director, L. Francis Cissna informed employees that its mission statement had been revised to “guide us in the years ahead.” Gone was the phrase that described the agency as securing “America’s promise as a nation of immigrants.”

The original mission statement, created in 2005, said,: “U.S.C.I.S. secures America’s promise as a nation of immigrants by providing accurate and useful information to our customers, granting immigration and citizenship benefits, promoting an awareness and understanding of citizenship, and ensuring the integrity of our immigration system.”

The new version says: “U.S. Citizenship and Immigration Services administers the nation’s lawful immigration system, safeguarding its integrity and promise by efficiently and fairly adjudicating requests for immigration benefits while protecting Americans, securing the homeland and honoring our values.”

Cissna’s mother immigrated to the United States from Peru and his wife’s mother came from the Middle East. He grew up speaking Spanish at home and speaks it exclusively with his children. (see Feb 26) February 22, 1898: Frazier Baker, an African American who had recently been appointed postmaster of Lake City, S.C., and his infant daughter, Julia, were killed and his wife and three other daughters were maimed for life when a lynch mob set after them. Citizens of the small town of 500 residents set fire to the post office, where the Bakers lived, and shot them as they ran out.

The accused were indicted on twenty-four counts including “a conspiracy to injure and oppress Frazier B. Baker in the free exercise” of his civil rights.

Twenty-three of the counts charged conspiracy, but the count for the destruction of the mail did not. The trial started on April 10, 1899 in the Federal District Court of Charleston, South Carolina. Three of the men were found not guilty and the all-white jury remained deadlocked on a verdict for the other eight. The judge declared a mistrial and the federal prosecutors did not reopen the case. (Postal Museum article) (next BH, see Apr 25; see 19th century for expanded lynching chronology)

February 22 – 28, 1960: the lunch counters at F.W. Woolworth and Kress stores reopened, but were still segregated. Greensboro Mayor George H. Roach introduced the Greensboro Advisory Committee on Community Relations representing the City Council, the Chamber of Commerce and the Merchants Association. Chairman Ed Zane worked to increase public support for integration of lunch counters, encouraging people to write and express their opinions on the racial situation.

By the end of February, the sit-in movement had spread to more than 30 cities in eight states. ( (see G4 for expanded chronology; next BH, see Mar 1) February 22, 1964: three days before the fight, a New York Times article stated that, “At the moment Cassius Marcellus Clay may very well be — to borrow his own florid description of himself — the “prettiest and greatest” of all heavyweight fighters. Before Tuesday midnight, however, the situation could very well undergo a rather violent metamorphosis.

On that evening the loud mouth from Louisville is likely to have a lot of vainglorious boasts jammed down his throat by a ham-like fist belonging to Sonny Liston, the malefic destroyer who is the champion of the world. The irritatingly confident Cassius enters this bout with one trifling handicap. He can’t fight as well as he can talk. (see Feb 25)

February 22, 2019: NASA officially renamed a facility in West Virginia after Katherine Johnson, an African-American mathematician and centenarian whose barrier-breaking career was depicted in the film “Hidden Figures.”

The 2016 film, based on a book released earlier that year, depicted the struggle of Ms. Johnson and other black women for equality at NASA during the height of the space age and segregation. The mathematician tracked the trajectories of crucial missions in the 1960s.

“I am thrilled we are honoring Katherine Johnson in this way as she is a true American icon who overcame incredible obstacles and inspired so many,” Jim Bridenstine, the administrator of NASA, said in a statement. (see Feb 27)

February 22, 1922: Roger Baldwin, Director of the ACLU, organized the National Bail Fund for Civil Liberties on this day to assist people being prosecuted in civil liberties cases. Baldwin announced a goal of raising $100,000, and said that $60,000 had already been raised. The Fund became one of the principal sources of bail assistance for civil liberties cases in the 1920s. (see March 31, 1958) February 22, 1957: according to a NYT report, “Teenage rock ‘n’ roll enthusiasts stormed into Times Square area before dawn…and all day long they filled sidewalks, tied up traffic, and eventually required the attention of 175 policemen.

“They begin lining up at 4 A.M. to see the show at the Paramount Theatre. It wasn’t until 18 and a half hours later—at 10:30 P.M.—that the last of the line entered the theatre….The show featured Alan Freed.” (see Feb 25)

February 22, 1964: after a hectic but successful tour to the US, the Beatles returned to England. (see Beatles Back in the UK)

February 22, 1965: Gen Nguyen Khanh announced that he had accepted the council’s decision. Although he was hastily given the title of ambassador at large, General Khanh would never again play a significant role in his country’s future.  (Vietnam, see Feb 26; SVL, see June 14)

February 22, 1970: after three months, not more than 100 were still occupying Alcatraz and boredom was the biggest problem. (NYT article) (see May 31)

The Environmental Defense Fund and a coalition of conservation and tribal citizen groups had asked the U.S. District Court for the Northern District of California for a preliminary injunction to prevent Zinke from delaying the rule.

“The court’s decision to block Secretary Zinke’s unlawful suspension ensures the Waste Prevention Rule remains in place, protecting tribes, ranchers and families across the West,” said EDF Lead Attorney Peter Zalzal. “The protections restored by this decision will help to prevent the waste of natural gas, reduce harmful methane, smog-forming and toxic pollution, and ensure communities and tribes have royalty money that can be used to construct roads and schools.” (EI, see Feb 27; NA, see Apr 13)

February 22, 1974: the first day of food distribution for People in Need ended in riots. Randolph Hearst stated that $6 million was beyond his capabilities. “The matter is now out of my hands,” he said. His representative made an offer to pay $2 million upon the immediate release of Patty Hearst and an additional $2 million in January 1975. (see PH for expanded chronology) February 22, 1983: The Report of the Commission of Wartime Relocation and Internment of Civilians (CWRIC), entitled Personal Justice Denied, concluded that the exclusion, expulsion, and incarceration of Japanese-Americans were not justified by military necessity, and the decisions to do so were based on race prejudice, war hysteria, and a failure of political leadership. (see Internment for expanded chronology)

February 22, 2002: the ex-currencies of all euro-using nations cease to be legal tender in the European Union.

February 22, 2011: when Apple released its annual review of labor conditions at its global suppliers, one startling revelation stood out: 137 workers at a China factory had been seriously injured by a toxic chemical used in making the signature slick glass screens of the iPhone. (see February 13, 2012)

February 22, 2017: overruling his own education secretary, President Trump rescinded protections for transgender students that had allowed them to use bathrooms corresponding with their gender identity.

In a joint letter, the top civil rights officials from the Justice Department and the Education Department rejected the Obama administration’s position that nondiscrimination laws required schools to allow transgender students to use the bathrooms of their choice.

That directive, they said, was improperly and arbitrarily devised, “without due regard for the primary role of the states and local school districts in establishing educational policy.” (see Mar 6) February 22, 2013: The House of Representatives introduced its version of the Violence Against Women Act. It came under sharp criticism from Democrats and women’s and human rights groups for failing to include protections in the Senate bill for gay, bisexual or transgender victims of domestic abuse. The House bill eliminated “sexual orientation” and “gender identity” from a list of “populations” that face barriers to receiving victim services — and also stripped certain provisions regarding American Indian women on reservations. (see Feb 28)

February 22, 2017: the Supreme Court sided with Ehlena Fry, a 13-year-old Michigan girl with cerebral palsy, who spent years battling school officials for the right to bring her service dog — a goldendoodle named Wonder — to class. The justices ruled unanimously that federal disability laws might allow Ehlena Fry to pursue her case in court without first having to wade through a lengthy administrative process.

Fry’s family had obtained a goldendoodle to help her open doors and retrieve items. Her school district initially refused to allow Wonder at school. Officials relented a bit in 2010, but they placed many restrictions on Wonder. Ehlena and her dog later transferred to another school.

Her family sued the school district for violations of federal disability laws. The case was dismissed after a judge said the Frys first had to seek an administrative hearing. An appeals court last year upheld that decision 2-1. (see Mar 20)

February 22, 2017: the Supreme Court ruled in favor of a death row inmate Duane Buck in Texas whose own lawyers introduced evidence at trial that he was more likely to be dangerous in the future because he is black. The court ruled that ane Buck, would be able to go back into a lower court and argue that he should have a new sentencing hearing.

In a 6-2 ruling, Chief Justice John Roberts wrote the majority opinion holding that Buck has “demonstrated both ineffective assistance of counsel” and has an “entitlement to relief.” (see Feb 27)

February 22, 2017: at the Austins Bar and Grill in Olathe, Kan, Adam W. Purinton shot Srinivas Kuchibhotla and Alok Madasani, two immigrants from India, as well as Ian Grillot who had tried to come to their aid.

Purinton had earlier said racial slurs to the two Indians, was escorted out of the bar, but returned with a gun. Kuchibhotla died. Madasani and Grillot  were wounded. [NYT story] (see Mar 3)