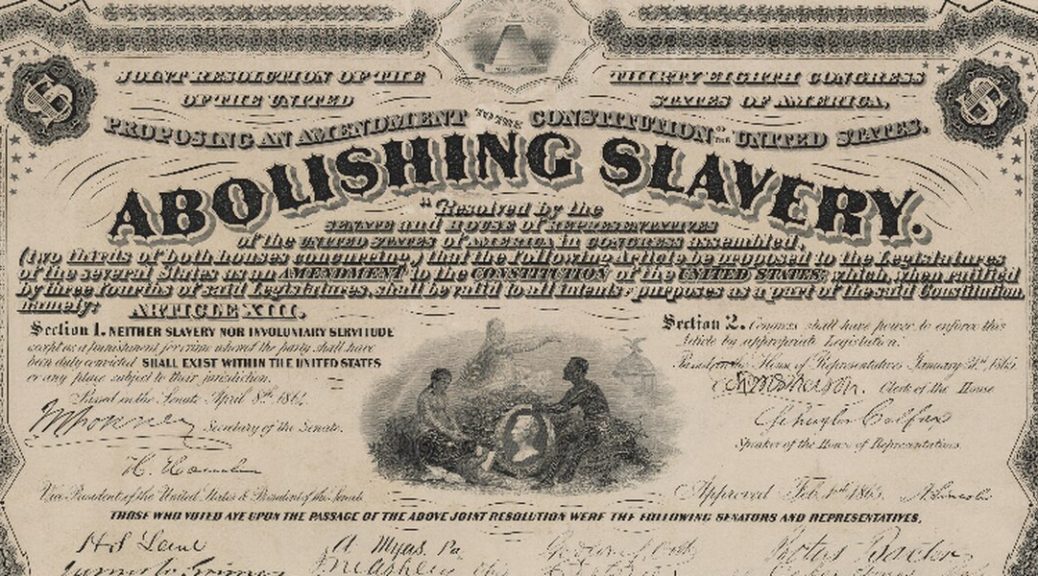 January 31, 1848: the US Congress passed an  act exempting vessels employed by the American Colonization Society in transporting emigrants from the United States to the coast of Africa from the provisions of the acts of  February 22 1847 regulating the carriage of passengers in merchant vessels. (next IH, see Feb 2; BH, next BH, see Feb 15) January 31, 1961: students from Friendship Junior College and others picketed McCrory’s on Main Street in Rock Hill, North Carolina to protest the segregated lunch counters at the business. They walked in, took seats at the counter and ordered hamburgers, soft drinks and coffee. The students were refused service and ordered to leave. When they didn’t, they were arrested. (see Feb 1)

On September 25, 1961, E.H. Hurst – a local white state legislator – shot and killed Herbert Lee in an Amite County, Mississippi, cotton gin in front of several eyewitnesses. Louis Allen was the witness who came forward.  Allen had resigned himself to leaving Mississippi for his own safety.

On January 31, 1964, the night before he was set to move to Milwaukee, he was ambushed outside his property and shot twice in the face with a shotgun. Allen died almost instantly. Sheriff Daniel Jones was the main suspect, and later told Louis Allen’s widow, “if Louis had just shut his mouth, he wouldn’t be layin’ there on the ground.”

No one was ever charged or convicted for the murder. (see Mar 17)

January 31, 1966: upset at poverty in the Mississippi Delta, civil rights activists joined forces with sharecroppers evicted from plantations, 50 of them entered the defunct Greenville Air Force base.

When a lone Air Force officer ordered them to leave, they told him, “We are here because we are hungry and cold, and we have no jobs or land. We don’t want charity. We are willing to work for ourselves if given a chance.”

A day later, Air Force officials escort or drag away the protesters. The story brought national attention to the plight of poverty. (see Feb 12) January 31, 1938: in San Antonio, Texas Emma Tenayuca led some 12,000 pecan shellers—mostly Latino women—off their jobs at 400 factories protesting against wage cuts. Pecan shellers Strike at the Southern Pecan Shelling Company were protesting a wage reduction of one cent per pound of shelled pecans. Mexicana and Chicana workers who picketed were gassed, arrested, and jailed. The strike ended after thirty-seven days when the city’s pecan operators agreed to arbitration. In October that year, the National Labor Relations Act raised wages to twenty-five cents an hour. (see May 16) January 31, 1942: Caleb Foote, a pacifist and West Coast staff member for the Fellowship of Reconciliation (FOR), on this day denounced the developing plans to evacuate and intern all Japanese-Americans on the West Coast as “nothing could be more Hitlerian.”

Foote’s comment was one of the few during the war to draw the obvious comparison between the government’s plan and Adolph Hitler’s Nazi policiest: The very idea of stereotyping an entire group on the basis of their race, assuming that all members of the group posed a threat, and confining them to concentration camps without a trace of due process.

Foote went on to a distinguished civil liberties career. As a pacifist, he refused to cooperate with the draft, and was convicted and sentenced to prison. He later became a law professor and, in the 1950s, wrote path-breaking articles on how the money bail system in America discriminated against the poor. His articles stirred interest in the problems with the American bail system and helped pave the way for the historic 1966 Bail Reform Act, signed on June 22, 1966. (see JIC for expanded chronology) January 31, 1945: Private Eddie Slovik became the first American executed for desertion since the Civil War. During the Second World War 2,648 soldiers were tried by General Courts Martial, 49 being sentenced to death. They were all reprieved, their sentences being commuted to varying terms of imprisonment, but it was obviously felt that an example had to be made in Slovik’s case, and all appeals for clemency were denied. (see Mar 5)

January 31, 2000: Illinois Governor George Ryan declared a moratorium on the death penalty in response to the exonerations that revealed persistent errors in capital punishment’s administration. Since Illinois reinstated the death penalty in 1977, 12 death row inmates had been executed and 13 were exonerated. In 2003, Ryan granted clemency to all 167 persons on the state’s death row. His actions were fiercely attacked by capital-punishment advocates who accused him of abusing his power but were applauded both by legal scholars across country and by the growing movement to abolish the death penalty. (see Dec 21) January 31, 1946: the Constitution of the Socialist Federal Republic of Yugoslavia was adopted, creating six internal republics. The constitution, modeled on that of the Soviet Union, would serve at the supreme law of Yugoslavia throughout the Cold War.  (Red Scare, see Mar 5; Yugoslavia, see December 23, 1990) January 31, 1950:  President Truman announced that he had directed the Atomic Energy Commission to proceed with the development of the hydrogen bomb. Truman’s directive came in response to evidence of an atomic explosion occurring within USSR in 1949.  (Red Scare  & NN, see Feb 3; Hydrogen bomb, see January 7, 1953) January 21, 1959: Dylan attended a Buddy Holly concert  in Duluth, MN. Holly was a big favorite of Dylan. He stood right at the stage and was sure that at a point during the concert Holly looked down and made eye contact. That Holly died only two days later made the event even more memorable. (see June 5) January 31, 1967: while looking through different kinds of shops and stores in Sevenoaks, Kent, England, John Lennon visited an antique shop and purchased a circus poster from 1843. (see Feb 10) January 31, 1970: 19 members of the Grateful Dead and crew were busted at a French Quarter hotel at 3 AM after returning from a concert at “The Warehouse” in New Orleans, Louisiana for a combination of drugs. Everybody in the band, except Pigpen and Tom Constanten, was included in the bust, along with several members of their retinue, including Owsley Stanley. Stanley was charged with illegal possession of narcotics, dangerous non-narcotics, LSD, and barbiturates. Stanley had identified himself to the police as “The King of Acid” and technician of the band. From this incident, the song “Truckin'” was written by the Grateful Dead that same year.  (LSD, see June 12; GD, see Apr 1)

January 31 – February 2, 1971: the Winter Soldier Investigation. Members of Vietnam Veterans Against the War (VVAW) met in a Detroit hotel to discuss war crimes they claimed to have participated in or witnessed during their combat tours in Vietnam. During the next three days, more than 100 Vietnam veterans and 16 civilians gave anguished, emotional testimony describing hundreds of atrocities against innocent civilians in South Vietnam, including rape, arson, torture, murder, and the shelling or napalming of entire villages. The witnesses stated that these acts were being committed casually and routinely, under orders, as a matter of policy. (see Feb 8) January 31, 1969:  The radical feminist group, Redstockings employed consciousness raising tactics to address issues of sexism and abortion. They asserted their principles in “The Bitch Manifesto.” Their name combined the term bluestocking, a pejorative term for intellectual women, with “red”, for its association with the revolutionary left. (see Redstockings for more) (next Feminism, see Feb 14) January 31, 1975: George Maynard didn’t want “Live Free or Die” on his New Hampshire license plate. Police pulled him over and ticketed him. Before that court appearance, he received a second ticket.

On this date he appeared in court  and chose to represent himself; he was found guilty, fined $50, and sentenced to six months in the Grafton County House of Corrections. The court suspended this jail sentence but ordered Maynard to also pay the $25 fine for the first offense. Maynard informed the court that, as a matter of conscience, he refused to pay the two fines. The court thereupon sentenced him to jail for a period of 15 days. He served the full sentence. (see Free Speech v License Plates for the whole story) January 31, 2006: two federal appeals courts upheld rulings that the Partial Birth Abortion Act passed by Congress in 2003 was unconstitutional because it did not include an exception when the health of a pregnant woman was at risk. (see April 18, 2007)

January 31, 2011: Illinois Governor Pat Quinn signed a civil union bill into law after its approved by the state Senate and House of Representatives. Later in 2011, civil union laws were also approved in Hawaii, Delaware, and Rhode Island. (see Feb 23)

January 31, 2014:  U.S. District Court Judge Michael Urbanski certified as a class action a lawsuit filed by two Shenandoah Valley couples challenging the Virginia’s ban on same-sex marriages. The order added to growing momentum to end the state’s prohibition of same-sex marriage. Urbanski said in the order that same-sex couples seeking to marry in the state as well as those married in states where gay marriage is legal could challenge Virginia’s ban as a group. (see Feb 5)

January 31, 2018: in an acknowledgment that Syria continued to be rattled by conflict, the Trump administration announced that the nearly 7,000 Syrians granted temporary permission to live and work in the United States as a civil war devoured their country will be allowed to stay for at least another 18 months.

The decision came as a major relief to Syrians and their advocates. Over the past year, the administration has ended Temporary Protected Status, as the humanitarian program is known, for Salvadorans, Haitians and Nicaraguans, decisions that would collectively expose more than 326,000 people to deportation. (see Feb 8)

January 31, 2020: President Trump added six countries to his list of nations facing stringent travel restrictions, a move that will virtually block immigration from Africa’s most populous nation, Nigeria, and from Myanmar, where the Muslim minority is fleeing genocide.

Beside Nigeria, three other African countries, Eritrea, Sudan and Tanzania, will face varying degrees of restrictions, as will one former Soviet state, Kyrgyzstan. Myanmar’s Rohingya Muslims could also be caught in the crossfire.

All six countries have substantial Muslim populations. The total number of countries now on the restricted travel list stands at 13.

Immigrant visas, issued to those seeking to live in the United States, will be banned for Nigeria, Myanmar, Eritrea and Kyrgyzstan. The ban will also prevent immigrants from Sudan and Tanzania from moving to the United States through the diversity visa lottery, which grants green cards to as many as 50,000 people a year. [NYT article] (next IH, see Feb 5)

When recreational marijuana became legal in California the law allowed those with prior low-level offenses to petition for expungement, a process that could be costly, but in San Francisco and San Diego, people need not ask. George Gascón, San Francisco’s district attorney, said his office would automatically erase convictions there, which total about 3,000.

An additional 4,900 felony marijuana charges would be examined by prosecutors to determine if they should be retroactively reduced to misdemeanors.

San Diego had identified 4,700 cases, both felonies and misdemeanors, that would be cleared or downgraded. (see Feb 26 or see CCC for expanded chronology)

The Democrats’ push for more witnesses and documents failed 49 to 51, with only two Republicans, Mitt Romney of Utah and Susan Collins of Maine, joining Democrats in favor. The vote on the verdict was planned for February 5. (next TI, see Feb ; see Trump for expanded chronology)