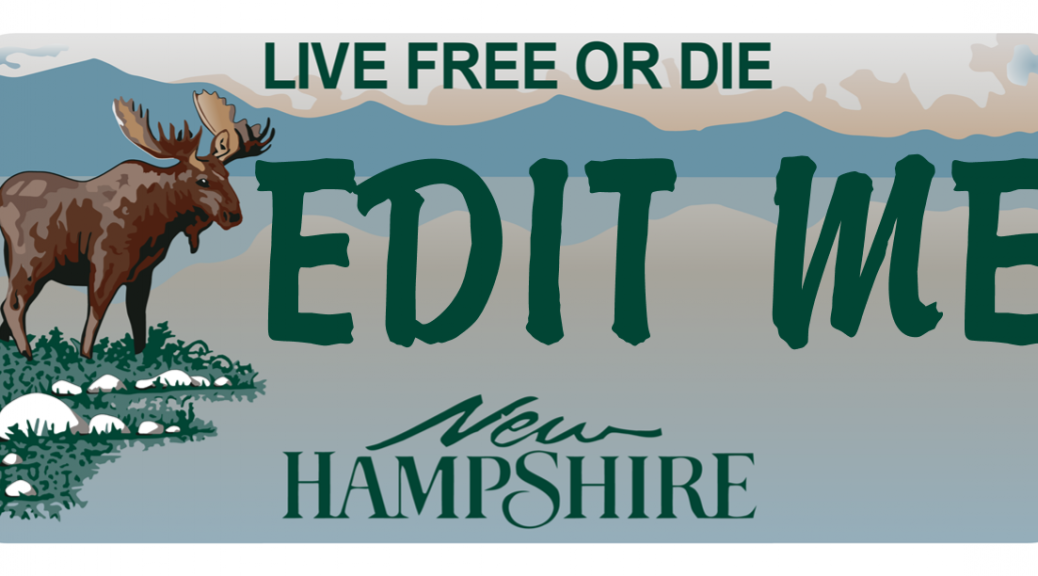 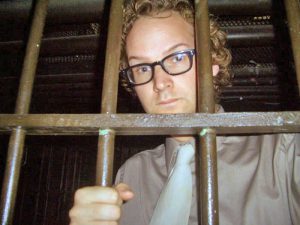 On September 29, 1972, the State Supreme Court of New Hampshire issued a decision in the case of State v Hoskin. It concerned two drivers. One “Hoskin hammered out and painted over in white paint the words “Live Free or Die” upon 1971 automobile registration plates issued to him, and that [another] the defendant Ely placed tape over the same words, upon 1971 plates issued to her.

Ely and Hoskin said they were expressing free speech under the first amendment.

The State Supreme court ruled otherwise. It said in part, “Obliteration of the motto tends to defeat the establishment of a uniform number plate system, and is analogous to the offense of mutilation of national coins or currency by obliteration of the national motto, “In God We Trust”.

The ruling also added that, “We also hold lacking in merit the contention that the defendants were deprived of rights under the first amendment to the United States Constitution. ”

End of story? No.

George Maynard was a a Korean War veteran and worked as a printer in Vermont. He and his wife Maxine lived in New Hampshire. They were both Jehovah’s Witnesses and viewed the motto on the New Hampshire license plate the motto violated their religious beliefs because it implied that one had to give up his life for the state. To Maynard and Maxine, the only kingdom was God’s kingdom and for this reason they covered up the motto on the license plates of their jointly owned family automobiles.

On November 27, 1974, police issued Maynard a citation for violating the state statutes regarding obscuring of the state motto.

On December 6, 1974 George Maynard appeared in Lebanon District Court (NH) to answer the charge. After waiving his right to counsel, he entered a plea of not guilty and proceeded to explain his religious objections to the motto. The state trial judge expressed sympathy for Maynard’s situation, but considered himself bound by the authority of State v. Hoskin to hold Maynard guilty.  The judge fined Maynard $25 but suspended it during “good behavior.”  On December 28, 1974, police again charged Maynard was again charged with violating  the license plate statute. On January 31, 1975 a judge fined him $50 and sentenced him to six months in prison. The judge then suspended the sentence provided that Maynard pay his fines. Maynard told the judge that as a matter of conscience he would not pay them. The judge then made him serve 15 days in jail.

Before appearing in court for the second charge, Maynard had received a third citation but received no additional penalty.

The Maynards would not stop obscuring the plate and feared additional fines and jail. At the urging of the American Civil Liberties Union, the Maynards sued in the United States District Court for the District of New Hampshire. They sued Neal Wooley, the chief of police in Lebanon, N.H., and the state, alleging a violation of their First Amendment rights. American Civil Union Attorney Richard S. Kohn and New Hampshire attorney Jack Middleton  represented the Maynards.

A week later, on March 11, 1975 a federal judge issued a temporary restraining order, preventing further arrests and prosecutions of the Maynards. The case then proceeded to a panel of three federal judges at the district court level.

The three-judge panel also sided with Maynard and issued an opinion in February 1976. The judges determined that the Maynards’ actions qualified as a form of symbolic speech protected by the First Amendment. In that decision they wrote, ““Whatever else may be said about the motto ‘Live Free or Die’, it expresses philosophical and political ideas...[and the] Plaintiffs’ desire not to be aligned with these ideas falls within the ambit of the First Amendment.”

Kohn and Middleton had also pointed out that State vehicle license plates did not carry the motto.

On April 20, 1977, the Supreme Court voted 6-3 in favor of the Maynards. The Supreme Court likened the Maynards’ refusal to accept the state motto with the Jehovah’s Witness children refusing to salute the American flag in public school in the1943 decision, West Virginia Board of Education v. Barnette. In that case the court had ruled that the state had violated the First Amendment by punishing students and their parents for the students’ refusal to salute the flag and recite the Pledge of Allegiance.

“We begin with the proposition that the right of freedom of thought protected by the First Amendment against state action includes both the right to speak freely and the right to refrain from speaking at all,” Chief Justice Warren Burger wrote for the majority in Maynard.

He continued: “Here, as in Barnette, we are faced with a state measure which forces an individual, as part of his daily life indeed constantly while his automobile is in public view to be an instrument for fostering public adherence to an ideological point of view he finds unacceptable.”

The Maynards received no compensation for their victory.  The federal district court awarded  $21, 000 in fees to Kohn and Middleton, who were working pro bono for the Maynards. The State refused to pay and the lawyers had to get a  US Marshall to collect from the State.

The Maynards moved from New Hampshire to Connecticut. There an officer cited them for covering up the “The Constitution State” on their car’s plate. After the Maynards called their lawyer the they heard no more about the citation.