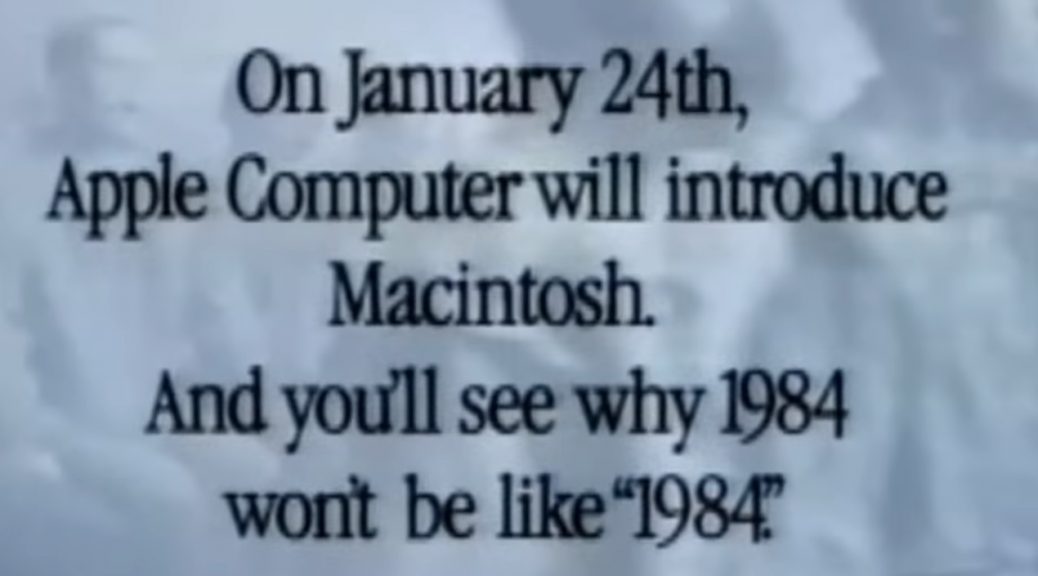 January 24, 1936: while being transported to Birmingham Prison, Ozie Powell attacked a deputy sheriff.  Sheriff Jay Sandlin shot Powell in the head. He lives, but suffers from brain damage for the rest of his life. (see Scottsboro for expanded story) 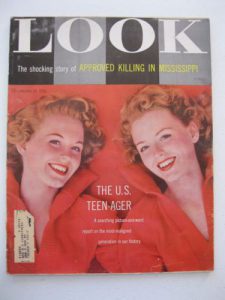 January 24, 1956: Look magazine published the confessions of J.W. Milam and Roy Bryant, the two white men who were acquitted in the 1955 kidnapping and murder of Emmett Louis Till.

In the article, titled “The Shocking Story of Approved Killing in Mississippi,” the men detailed how they beat Till with a gun, shot him and threw his body in the Tallahatchie River with a heavy cotton-gin fan attached with barbed wire to his neck to weigh him down. The two killers were paid a reported $4,000 for their participation in the article,  (see expanded Emmett Till story)

January 24, 1963: the Dougherty County Board of Education rejected voluntary integration of local schools. (next BH, see Feb 8; see AM for expanded story)

January 24, 2017: Los Angeles County prosecutors announced that they would not criminally charge Officers Sharlton Wampler and Antonio Villegas who shot and killed Ezell Ford during a clash near his South L.A. home on August 11, 2014. (see March 26)

January 24, 1944  President Roosevelt wrote that “Indo-China should not go back to France…France has had the country…one hundred years and the people are worse off than they were at the beginning.” Roosevelt envisioned a post-World War II trusteeship for Indochina. (see July 8)

January 24, 1982: a draft of Air Force history reported that the U.S. secretly sprayed herbicides on Laos during the Vietnam War. (see Mar 26) 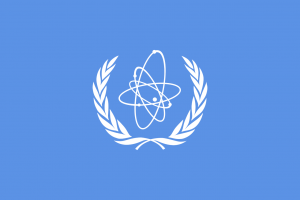 B-52 bomber broke up in mid-air 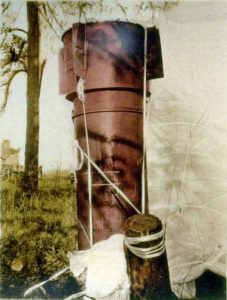 January 24, 1961: a B-52 bomber broke up in mid-air and accidentally dropped two Mark 39 hydrogen bombs over Goldsboro, North Carolina.  As bombs fell, one of the devices behaved precisely as a nuclear weapon was designed to behave in warfare: its parachute opened, its trigger mechanisms engaged, and only one low-voltage switch prevented its explosion.

Each bomb carried a payload of 4 megatons – the equivalent of 4 million tons of TNT explosive. Had the device detonated, lethal fallout could have been deposited over Washington, Baltimore, Philadelphia and as far north as New York city – putting millions of lives at risk. (NYT article) (see July) 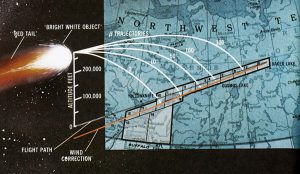 January 24, 1961: Dylan arrived in New York City. He caught a subway down to Greenwich Village and to the Cafe Wha?. It was hootenanny night and the place was half-empty. Dylan asked the owner, Manny Roth, if he could perform — and he did, playing a short set of Woody Guthrie songs.

In the following weeks, Dylan would appear occasionally at the coffee-house, playing harmonica (“blowin’ my lungs out for a dollar a day” is how he put it in his early song, Talkin’ New York) behind Mark Spoelstra and Fred Neil, writer of Dolphins and Everybody’s Talkin’. (next Dylan, see Jan 29)

At the Annual Apple Shareholders meeting, Steve Jobs had quoted the second verse of Bob Dylan’s “The Times They Are A’Changin’:

January 24, 1984: the Vatican-appointed Bishop Bernard Francis Law — Harvard educated and active in the civil rights movement in Mississippi during the 1960s — to head the Catholic archdiocese of Boston. He will be elevated to cardinal a year later.

In 1985 the Rev. Thomas Doyle, a canon lawyer for the Vatican embassy in Washington, wrote a confidential memo for the nation’s Catholic bishops citing 30 cases with 100 sexual abuse victims and projecting a cost to the church of $1 billion over 10 years.

In 2002 Law will leave his post on the same day that he reportedly was ordered to appear before a grand jury investigating his cover up of sex abuse allegations. (see In June 1985)

Nassar had hung his head and cried periodically during seven days of impact statements from more than 150 athletes who said he sexually abused them. Nassar told a courtroom that he would carry their words with him “for the rest of my days” before he was sentenced.

Prosecutor Angela Povilaitis had asked Aquilina to sentence Nassar to up to 125 years — one year for every person who had submitted a police report at the time of his guilty plea. The plea deal set sentencing guidelines at 25 – 40 years, which means that Nassar had the option to back out of the agreement because Aquilina sentenced him to more than 40 years. (SAC & Nassar, see Jan 26)

January 24, 1994: The Supreme Court ruled unanimously that protesters who block access to abortion clinics or in other ways conspire to stop women from having abortions may be sued under federal anti-racketeering statutes. (NYT article) (see Mar 12)

January 24, 1999: Monica Lewinsky submits to a nearly two-hour interview with House prosecutors; they call the session “productive” but Lewinsky’s lawyer says it added nothing new to the record. (NYT article) (see Clinton for expanded story)

January 24, 2017: Mississippi Gov. Phil Bryant (R) signed into law a bill that allowed businesses to refuse services to gay couples based on religious objections. The new law stated that it protected “sincerely held religious beliefs or moral convictions,” including the belief that marriage was only between a man and a woman and that sexual relations should only occur in such a marriage. It also said that a person’s gender is “determined by anatomy and genetics at time of birth” and went on to say that businesses can determine who is allowed to access bathrooms, dressing rooms and locker rooms. (see Jan 30)

Schiff also appealed to the consciences of Republican senators weighing whether to hear from witnesses and seek more documents that Trump had suppressed. (next TI, see Jan 25 or see Trump for expanded chronology)

January 24, 2021:  SpaceX successfully launched an ambitious rideshare mission as one of its veteran boosters hoisted 143 small satellites — a new record for a single rocket — into space before nailing a landing at sea.

The two-stage Falcon 9 rocket lifted off  from the Space Launch Complex 40 at Cape Canaveral Space Force Station in Florida.

Perched atop the veteran launcher was a stack of 143 satellites as part of SpaceX’s first dedicated rideshare mission, called Transporter-1. The flight allowed SpaceX to flex its ridesharing muscles in a carefully choreographed orbital ballet as its flagship rocket ferried its largest number of payloads yet. [Space.com article] (next Space, see Feb 18)