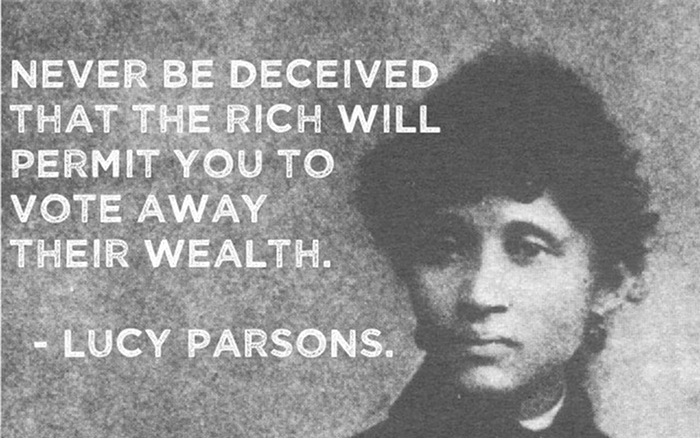 January 17, 1834: the Alabama State Legislature passed Act 44 as part of a series of increasingly restrictive laws governing the behavior of free and enslaved blacks within the state.

In the immediate aftermath of the infamous Nat Turner slave rebellion in Virginia (see August 21 – 22, 1831), Alabama passed a statute in 1833 that made it unlawful for free blacks to settle in Alabama. That statute provided that freed blacks found in Alabama would be given thirty days to vacate the state. After thirty days, the freed slave could be subject to a penalty of thirty-nine lashes and receive an additional twenty-day period to leave the state. After that period had expired, the free person could be sold back into slavery with proceeds of the sale going to the state and to those who participated in apprehending him.

Act 44 expanded on this legislation by specifying a series of procedures that had to be followed for a slave to be freed within the state. One of the requirements was that emancipation for an enslaved person could take effect only outside of Alabama’s borders. Further, if an emancipated slave returned to Alabama, he could be lawfully captured and sold back into slavery. In fact, Act 44 required sheriffs and other law enforcement officers to actively attempt to apprehend freed slaves who had entered Alabama for any reason. (next BH, see March 14, 1835) 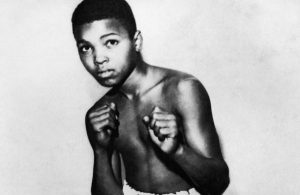 January 17, 1942: Cassius Marcellus Clay, Jr. born in Louisville, Kentucky. About Clay’s childhood, Ali’s younger brother, Rudy said “All the time, he used to ask me to throw rocks at him. I thought he was crazy, but he’d dodge every one. No matter how many I threw, I could never hit him.” (see Muhammad Ali for more) (next BH, see Jan 25; MA, see October 1954) 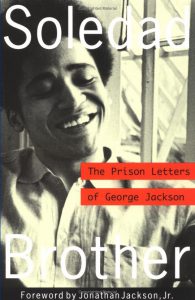 January 17, 1970: George Jackson was charged along with Fleeta Drumgo and John Clutchette for murdering Soledad prison guard John V. Mills. Mills was beaten and thrown from the third floor of Soledad’s Y wing. This was a capital offense and a successful conviction could put them in the gas chamber.

Mills  was apparently murdered  in retaliation for the shooting deaths of three black inmates by a Soledad officer Opie G Miller the year prior. Miller was not convicted of any crime, a grand jury ruling his actions to be justifiable homicide. (George Jackson bio from black past dot com)  (BH, see Jan 26; BP, see Feb 21)

January 17, 2013: James A. Hood died in Gadsden, Ala. He was 70. Hood integrated the University of Alabama on June 11, 1963 together with his fellow student Vivian Malone after Gov. George C. Wallace capitulated to the federal government in a signature moment of the civil rights movement known as the “stand in the schoolhouse door.”  (NYT obit) (see Jan 30) 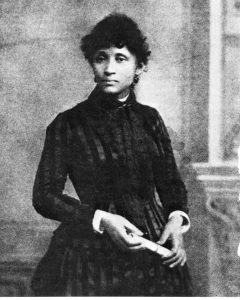 January 17, 1962: an order by President Kennedy allowed federal employees to organize, join unions, and bargain collectively with the government. It did not give them the right to strike. The move begins an era of public employee unionization. (public employee unions, see January 22, 2010; LH, February 10, 1963)

January 17, 2012: volunteers in Wisconsin submitted nearly a million signatures (double the number of signatures required) calling for a recall election of Governor Scott Walker in protest of his public fight last year to abandon the collective bargaining rights of public workers. (see  Jan 30) 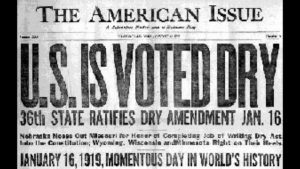 After one year from the ratification of this article the manufacture, sale, or transportation of intoxicating liquors within, the importation thereof into, or the exportation thereof from the United States and all territory subject to the jurisdiction thereof for beverage purposes is hereby prohibited. (see Aug 31) 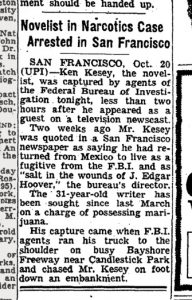 January 17, 1966: Ken Kesey tried for marijuana possession arrest in October 1965. He was found guilty and sentenced to six months on a work farm and three years probation. (see January 19) 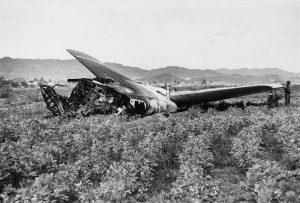 January 17, 1966: a B-52 bomber collided with a KC-135 jet tanker over Spain’s Mediterranean coast, dropping three 70-kiloton hydrogen bombs near the town of Palomares and one in the sea. None explode. (see Oct 5)

The NPR would permit the use of nuclear weapons to respond to a wide range of devastating but non-nuclear attacks on American infrastructure, including what current and former government officials described as the most crippling kind of cyberattacks.

For decades, American presidents had threatened “first use” of nuclear weapons against enemies in only very narrow and limited circumstances, such as in response to the use of biological weapons against the United States. The NPR the first to expand that to include attempts to destroy wide-reaching infrastructure, like a country’s power grid or communications, that would be most vulnerable to cyberweapons. (see Jan 18)

January 17, 1998: William Ginsburg flew to Washington to represent Monica Lewinsky. President Clinton gave his deposition in the Jones lawsuit, in which he denied having a sexual relationship with Lewinsky. Newsweek magazine decided not to run a story by investigative reporter Michael Isikoff on the Lewinsky tapes and the alleged affair. (see Clinton for expanded story)

January 17, 2014: U.S. District Judge Catherine Eagles ruled that North Carolina law requiring women who want an abortion to have an ultrasound and then have a medical provider describe the image to them is a violation of constitutional free-speech rights. Eagles stated that states don’t have the power to force a health care provider to be the bearer of what she called an “ideological message in favor of carrying a pregnancy to term.” (see Feb 5)

January 17, 2020: on December 13, 2019, US Appeals Court Judge Patrick Higginbotham l had blocked the law as unconstitutional.  Mississippi then asked the full court to reconsider the case,. On this date, a three judge panel of the 5th Circuit Court of Appeals denied a request from Mississippi to reconsider a ruling striking down the state’s ban on abortions after 15 weeks.

The December ruling had made clear that Supreme Court precedent clearly protects the right to an abortion. “States may regulate abortion procedures prior to viability so long as they do not impose an undue burden on the woman’s right, but they may not ban abortions,” the court said last month. “The law at issue is a ban.” [TH article] (next WH, see Jan 20; Mississippi, see Feb 20)

January 17, 2015: oil pumped in the Bakken formation in North Dakota and Montana leaked from a pipeline into the Yellowstone River near Glendive, Montana. The 12-inch crude line was shut, according to Bill Salvin, an outside spokesman for True Companies, whose Bridger Pipeline LLC operated the Poplar pipe system. As much as 1,200 barrels of oil leaked from the pipeline, much of which went into the Yellowstone River, said Dave Parker, spokesman for Montana Governor Steve Bullock. (see Feb 16)

January 17, 2018: North and South Korea agreed to have their athletes march together under one flag at the opening ceremony of the Winter Olympics in February and to field a joint women’s ice hockey team, the most dramatic gesture of reconciliation between the two nations in a decade. (see Apr 19)